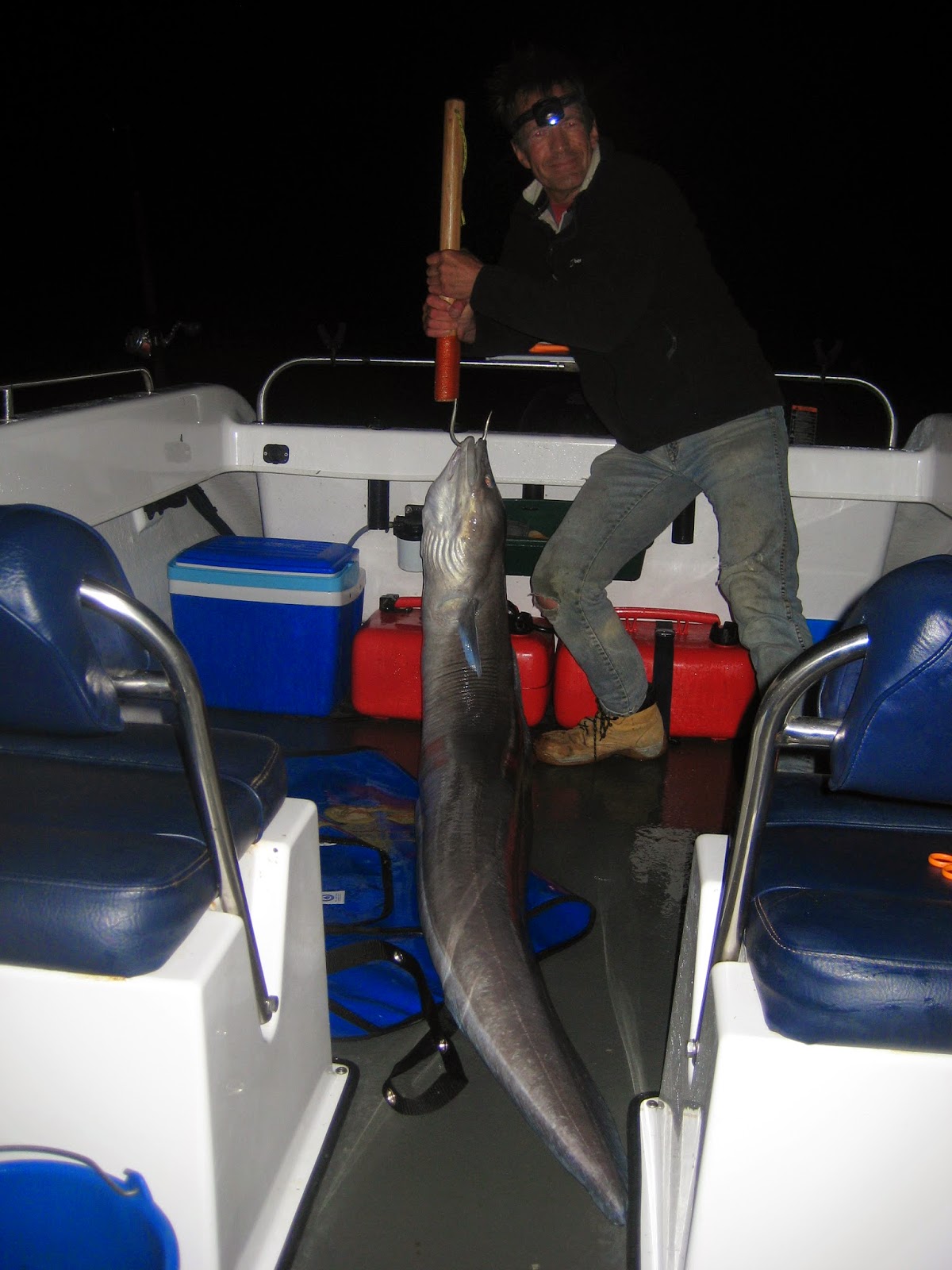 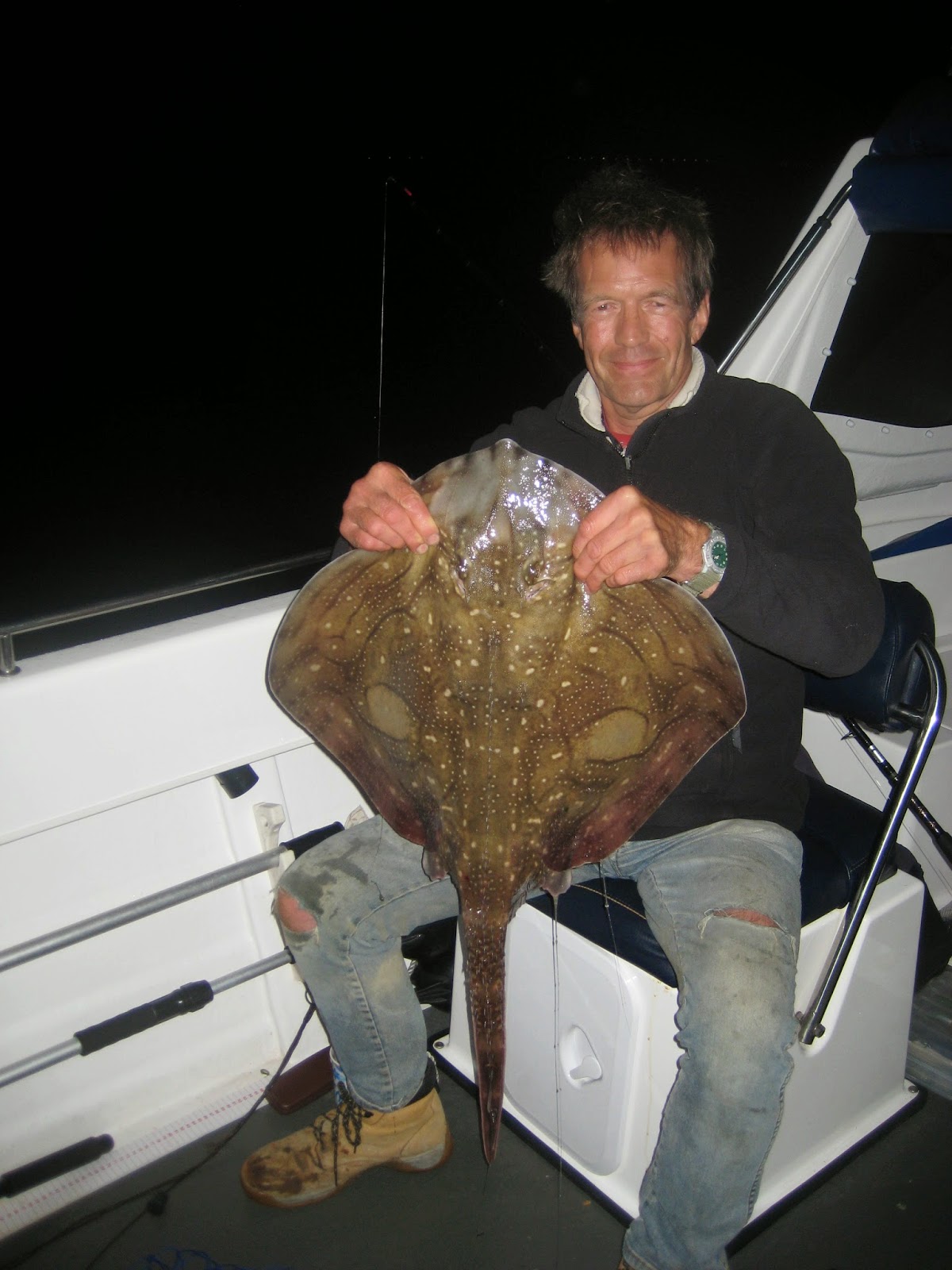 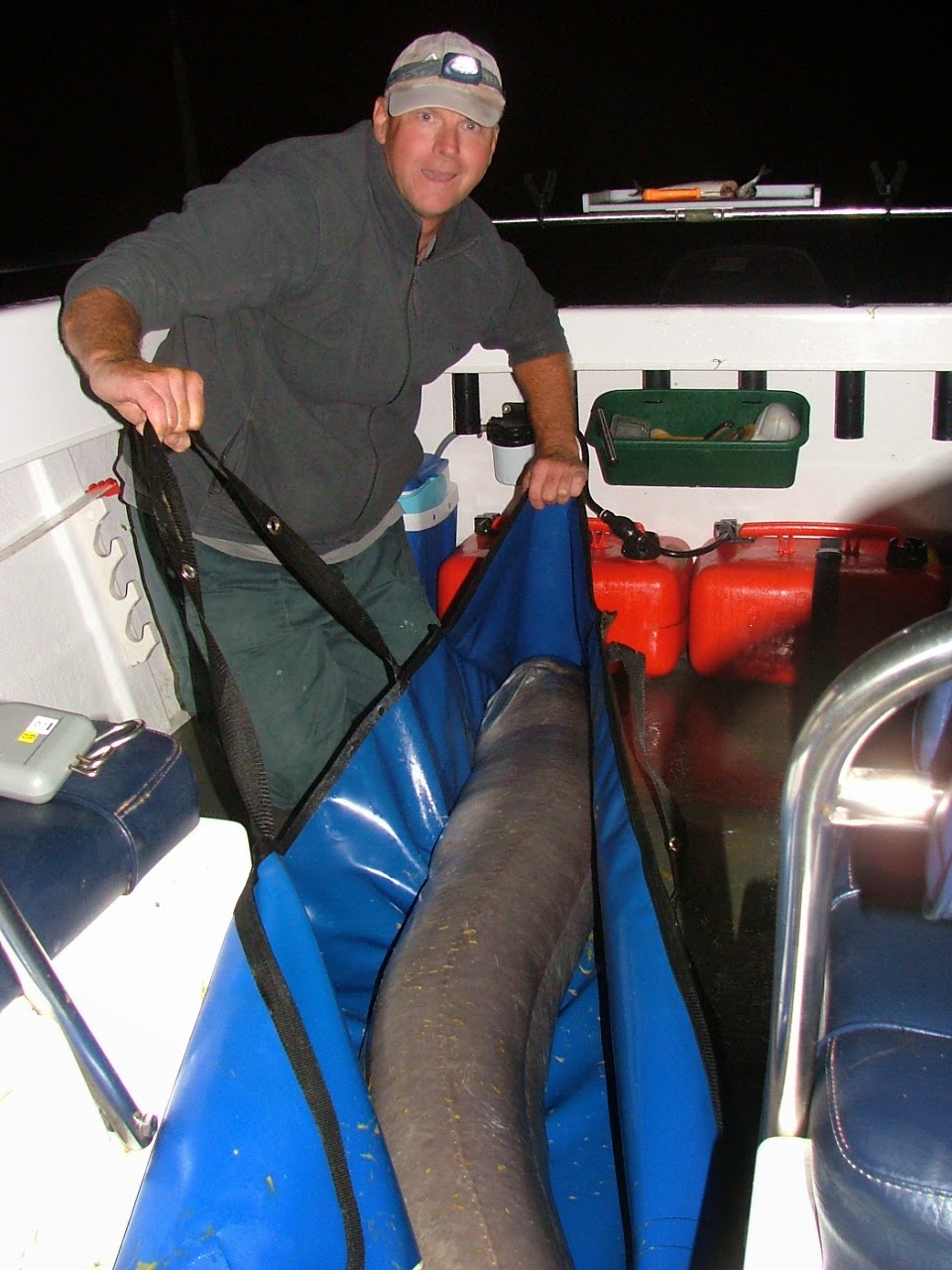 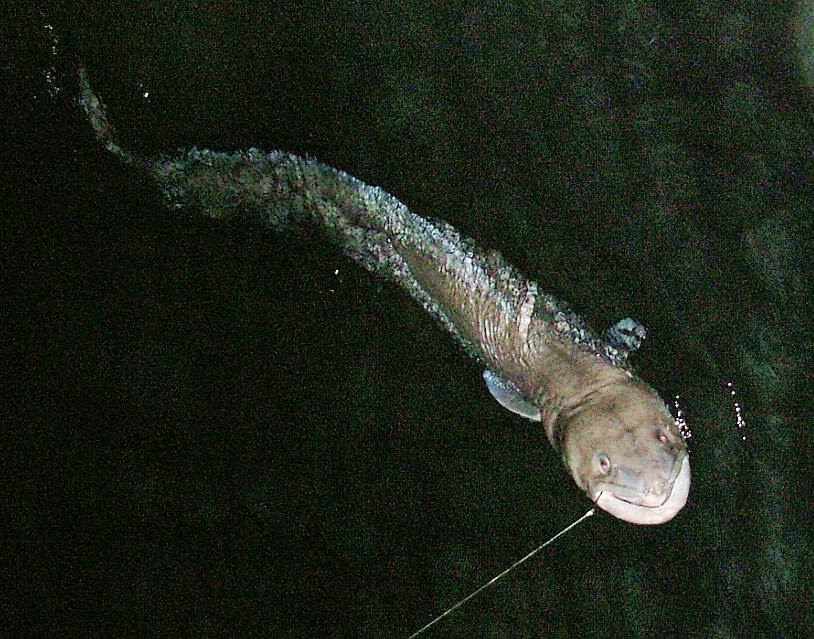 Much derided by some anglers , surely nobody would argue that conger eels are a terrific sporting prospect in our local waters.
With the possible exception of tope,and perhaps a very rare Sussex/Hampshire shark, very few species will 'tug your string' with so much enthusiasm and I think that detractors of this wonderful fish are missing the point somewhat.
Previous night trips to my newly discovered mark (new to me anyway)had been restricted, time wise, by work commitments and i was desperate to give the venue more time and fish through the night -the prime feeding time for these big eels. I was also curious to see how the venue would fish on the bigger tides, my previous forays being restricted to neaps. Joining me on the trip was my mate Simon who ,in the past,has brought good luck and had some terrific trips with me on 'Jupiter'.

Simon hadn't fished for conger from a boat before, had only caught one 'strap' fish from the shore, and his biggest capture of any specie of 17lb so, I felt pretty confident we had a good chance of improving on that score tonight.
He also had to borrow some kit for the job from me and, the only suitable right hand wind reel I had in my collection was a 1960's Penn Long Beach which i'd loaded with 50lb braid.
Leaving port at 1730 in order to catch the last of the ebb over the bar at the river entrance we spent a few fruitless hours trying to catch bass on lures with just one lost fish to show for our efforts. I suspect that they may have moved close in to the inshore reefs now because friends are catching them in good numbers on marks so shallow i can't even risk getting my Warrior anywhere near them.
As the light began to fade, I 'called it' and we headed for the conger mark for the 'real 'fishing to begin.
I hadn't fished the structure on a flooding tide and it soon became apparent that the flow was weaker , and less predictable in this direction not helped by a North Westerly breeze which continually pushed the boat off line.
Simply put, our baits just weren't where i wanted them to be and this was reflected by a distinct lack of action.I think we both had one tentative take each.
I needed to pull something out of the hat and, as the tide turned and settled into the ebb the boat held steady exactly where I wanted her to be,just yards off  the North east corner of the structure. Almost immediately something started to pay attention to our half mackerel baits-we'd already been out for six hours and finally had a bite!!
First fish up however,wasn't a conger, but a nice 12lb undulate to Simon's rod-the only other specie apart from conger that I've seen from the area.
At about 1-00 a.m Simon responded to a finicky take (rarely do these eels take the bait with any enthusiasm)and his rod bent into something a bit special.
Luckily the old Penn reel had held up well and with a show of considerable angling skill on Simon's part, twenty minutes or so later , he had his prize at the side of the boat. During the battle I hadn't been idle, catching and 'T barring' a fish of my own of about 20lb. Being something of a gentleman, Simon rarely uses expletives but they were flowing with aplomb when he caught sight of his fish as it was truly huge.
We both agreed that she would have to come aboard for a proper 'weights and measures' session, and the cockpit was quickly prepared to receive the beast.
Neatly chin gaffing the eel, with a firm two hand grip and a swift 'heave' she easily slid over the Warrior's rounded gunwhale , and was brought on board in one clean movement. With her head touching the inner transom, and her tail well and truly planted between the seats she literally filled up the boat- a huge fish.
The chin gaff proved to be an excellent idea enabling us to easily control the fish for pictures and subsequently 'lead' her head into the shark sling which was used for weighing. Once her eyes were covered we slipped the gaff and she became quite docile allowing us to straighten her out for a measure.
A fish in stunning condition , she was exactly 7 feet long and after subtracting the weight of the sling, weighed 72lb, annihilating Simon's previous best fish weight by 55lb.
The sling also proved to be invaluable when returning the conger as she slid back easily , majestically gliding down into the clear water- a fantastic sight that we shall both surely never forget.
I caught two more lesser congers to about 40lb and we also got snagged by a fish each before calling a halt to proceedings as the sky lightened  at 4am.
The ride home was a breeze at a steady 18kts on a calm sea and, standing to helm , my eyes quickly adapted to the half light giving me a clear view of any potential hazards- a really useful aspect of the Warrior.
Once again Jupiter comes up with 'the goods' and it would appear that there are some very special conger living on this mark. Some of those we've lost in the past could have been big fish too and I think it will take a few more runs to unlock its secrets.
I did spend some more time mapping the mark prior to dropping the anchor and now have several waypoints on the plotter showing the layout of the structure and the extra knowledge gained about the tides will prove invaluable when planning future trips.
Posted by Unknown at 14:56