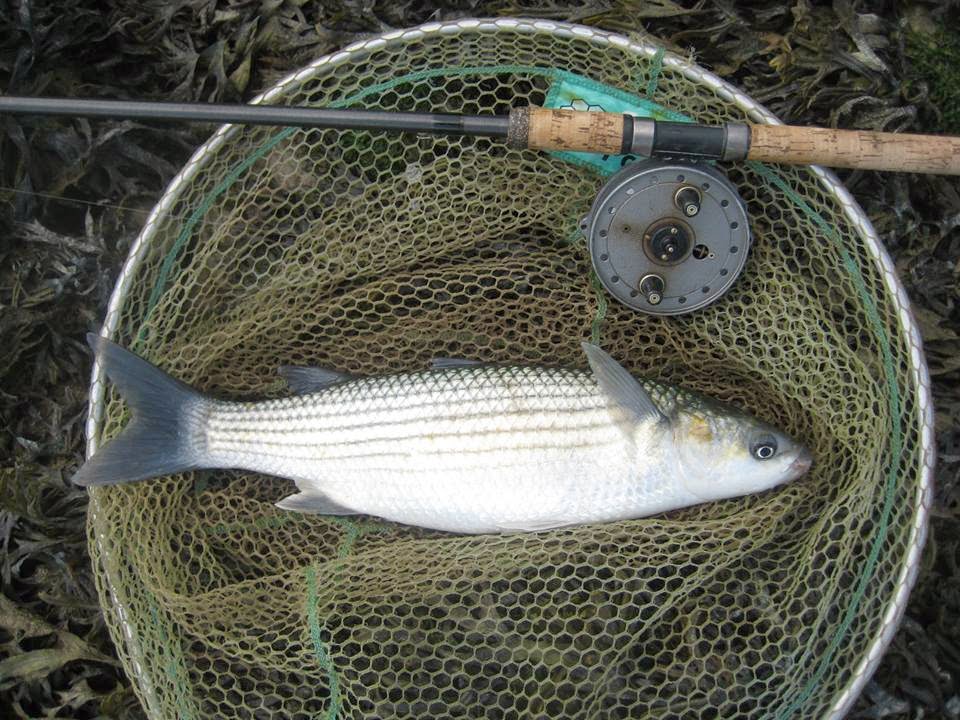 I don't think I'll ever tire of mullet, in particular open river thick lips.
They are the specie that got me back into fishing after a twenty year lay off, they fight like tigers and are particularly handsome looking. Some would say they are the U.K equivalent of the veritable bonefish-a quarry i'd certainly like to have a bash at myself one day.
The marina is full of them and they usually start to appear in the early spring under the pontoons and boats. Some of them are quite big too and I have, on occasion, sneaked a little go at them, cloak and dagger fashion from my boat with some success, albeit against the marina rules. What's far more appealing however, is to take a trotting outfit, complete with 1960's Young's Trudex centre pin reel,home made cork on quill avon float, and a bucket of mashed bread, up to the open river at low tide and float fish downstream to 'spotted' fish.
My favoured time is just as the tide is slackening, so the flow isn't too fierce, and to fish the bait at a rod length out in a couple of feet of water .
The mullet aren't quite as sizable as those found in the marina(this one went 3lb 2oz) but they still put up a spirited fight and provide a superb angling challenge. I only had the one today, in a short session of around a couple of hours in the hot, midday weather conditions which are usually not too favourable for catching mullet. A few missed bites also occurred over low water slack when they have more time to inspect the bait and generally are more finicky in nature so it was entertaining fishing.
Posted by Unknown at 05:40