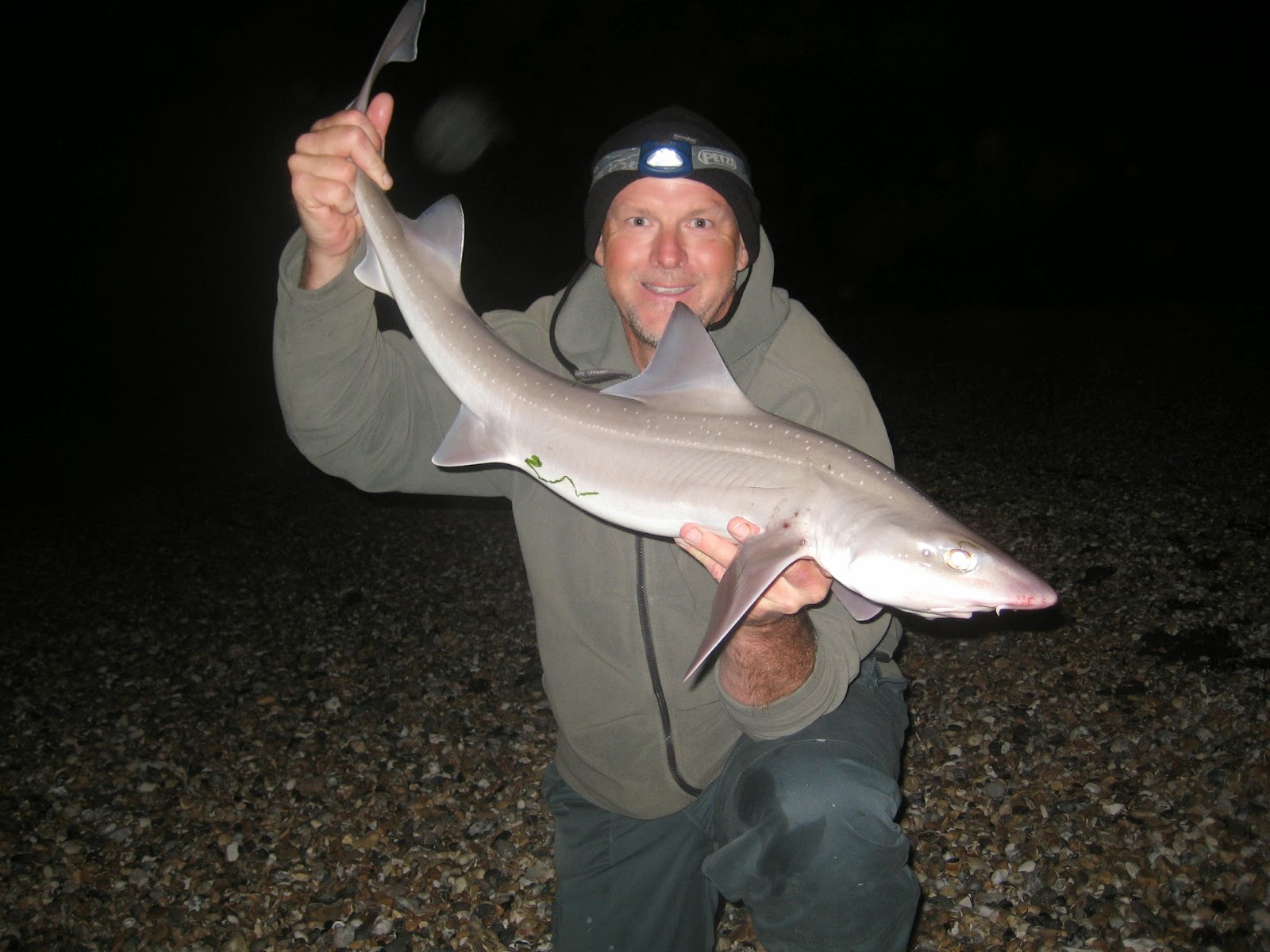 Fishing isn't always about catching loads of fish-well it isn't for me anyway and, because i rarely catch 'loads' of fish , i feel more than qualified to make that comment.
Very few of my boat owning colleagues, with the exception of Clive who should be considered to be a true 'allround' sea angler,fish from the sea shore. In a way, having the luxury of being able to fish afloat 'spoils' you and sea fishing on 'terra firma' becomes hard work.
It's a fact, that catching from beaches and rocks is more difficult and i would certainly class it as more challenging but no less enjoyable. It's certainly a lot simpler and cheaper than fishing afloat.
I've been trying, unsuccessfully , to catch a shore stingray of late-something i've wanted to accomplish for many years. A return to Simon's mark produced a stonking bite that failed to connect .A trip to Clymping with Jim Campbell, who has quite a bit of experience with the specie in this locale, failed to hit the target but the feisty smoothound above took a shine to my big ragworm baits providing an entertaining fight in the process and reminded me how much fun beach angling can be, particularly in darkness.
A welcome sight indeed and, as I've had some pretty spectacular smoothound catches on local beaches in the past, albeit somewhat sporadic in nature,worth bearing in mind over the next few tides sets. Three of us took thirty one night from the back of my house in August 2008 but, it's definitely a case of, there one night, gone the next.
Dave and me also ventured  to Bracklesham, which has a formidable hound reputation, and watched as an angler just a couple of groins away, filled his boots with half a dozen whilst we blanked.That's the way it is sometimes.
Approach shore angling with realistic expectations and you will enjoy the experience and somehow a shore caught fish feels more worthy than one captured afloat. 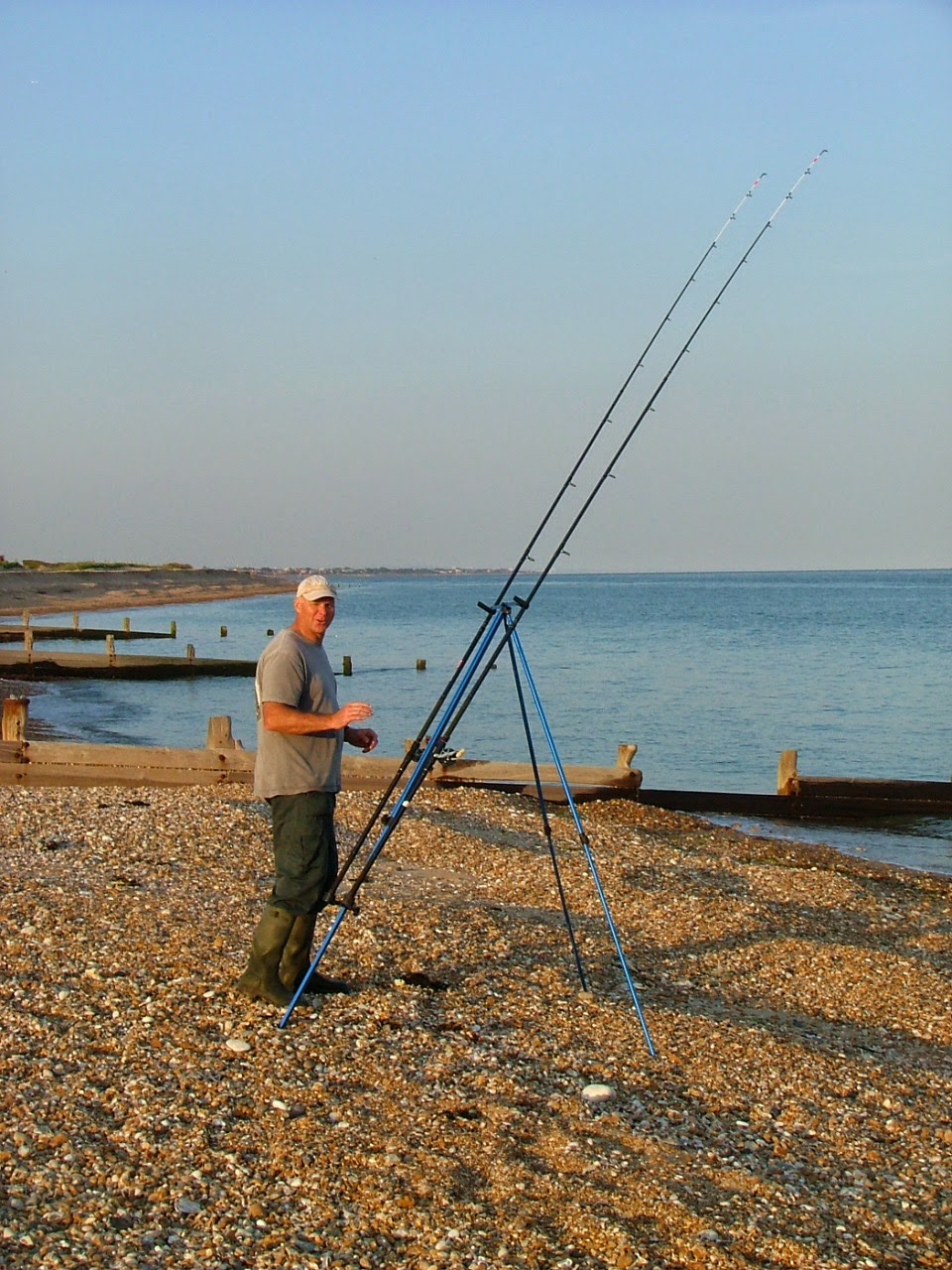