It's become something of a tradition for Dave and me to pike fish at the end of the river coarse season and this year was to be no different. Unfortunately, not a single pike showed the slightest interest in any of our baits today.
I've had a dreadful pike season, if fact, the least productive thus far in over a decade of fishing the local rivers . The heavy rainfall has kept me away from the banks for long periods of time but, at least when he's been able to get out Dave's had a few this year including a handful of doubles and the 'twenty' from early on in the campaign. I'm sorry to report that I haven't even had a double this time around but that, as they say, is fishing and with river piking, particularly on the tidals, there isn't a great deal that can be done about it.
For next season, following lengthy discussions whilst 'blanking', we've decided to make a few changes to try and narrow the odds and see if we can extract a few more toothy friends from these most difficult of venues.
I can only say' watch this space' and perhaps , fish like the one below will once again be admired on these pages. 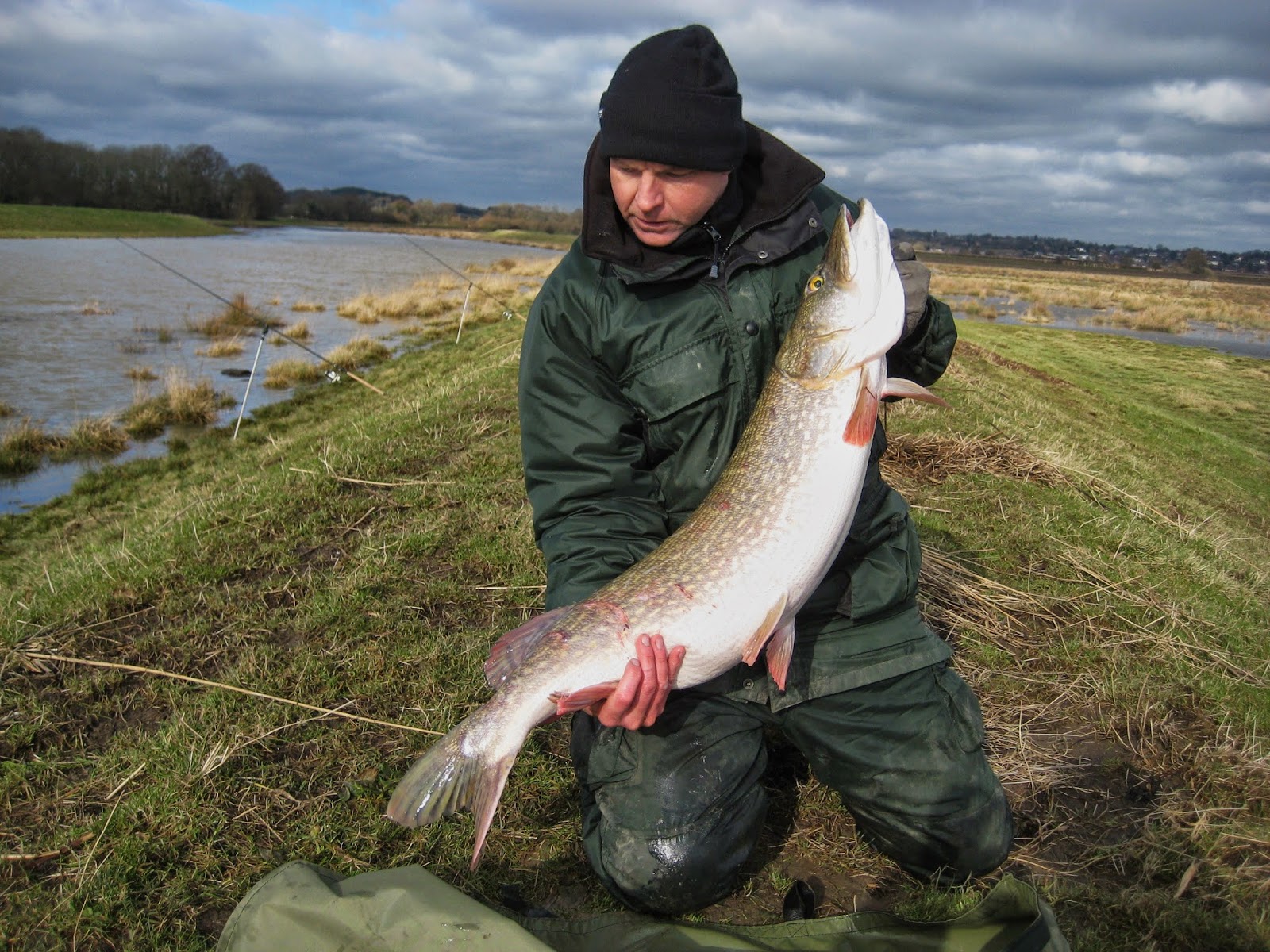 On a different tack, my good mate Brian's huge blonde ray caught on Jupiter early this year has made fish of the month in Boat Fishing Monthly and also won prises in Sea Angler. Terrific news. Proud of ya mate.
Posted by Unknown at 10:15