I've never been wreck fishing before and , if I'm honest,had a preconceived opinion as to what it would be like. The thought of travelling relatively huge distances out to sea, compared to what I'm accustomed to, was also a little daunting but when Russ invited me out for a trip today in the spell of unseasonably fine weather we've recently been experiencing, curiosity got the better of me, and I wanted to find out for myself what all the fuss was about.
Lots of big numbers here;
We started out at 6-00 a.m from the marina, returning a full 11 hours later.
We fished three wrecks up to 22 miles off shore, right on the edge of both my admiralty chart, and the shipping lanes. I did wonder whether I should have brought my passport.
The wrecks were in 200ft plus of water...all I could think about was that equated to twenty storeys underneath me!!
We(well actually mostly Russell) caught 110lb of Pollack up to 14lb and a Ling-a boat weight record , and a pretty spectacular catch considering it's February-usually a very quiet time even on the wrecks.
Finally, the total distance travelled in the boat , is probably as much as the distance from my house on the coast to The Houses of Parliament.

We spent the majority of the day drifting (and losing) Russ' 6" Sidewinders on ten feet of flowing trace-a red tailed mackerel imitation seemed to be most successful, but I was extremely pleased when, after one pollack regurgitated a tiny sprat, to 'match the hatch' with a four inch Manns Shad from my own lure box, and score.
The method involved dropping the lure to the sea bed(itself a time consuming activity) then slowly winding up to about twenty turns(counted) of the reel handle before lowering again and repeating the exercise. I would estimate that the lures were in the take zone for no more than a minute on each 2 kt drift and  the bites were surprisingly finicky, and missed if 'struck'. It was also important to concentrate, and lift the lure just as the wreck was approached to get the best possible chance of a take-mistiming this could mean a lost lure, or no take. The level of anticipation is higher than in any other branch of fishing I've ever experienced.
Initially, i couldn't keep up with the skipper's catch rate but, with a bit of coaching from 'the man' on the subtleties of this highly subtle method, i managed to start catching.
Unsurprisingly a very high level of boat handling skill was required. Accurate positioning for each drift is absolutely essential, and extremely difficult especially with changing tide conditions but Russ made a superb job of it,improving as the day progressed and obviously managing to find us the fish.
Opportunities to get out to these far off wrecks at this time of year are rare indeed due to the required combination of good weather and tides  that logistically allow enough time to carry out the whole exercise.
A thoroughly enjoyable, and enlightening day's fishing. 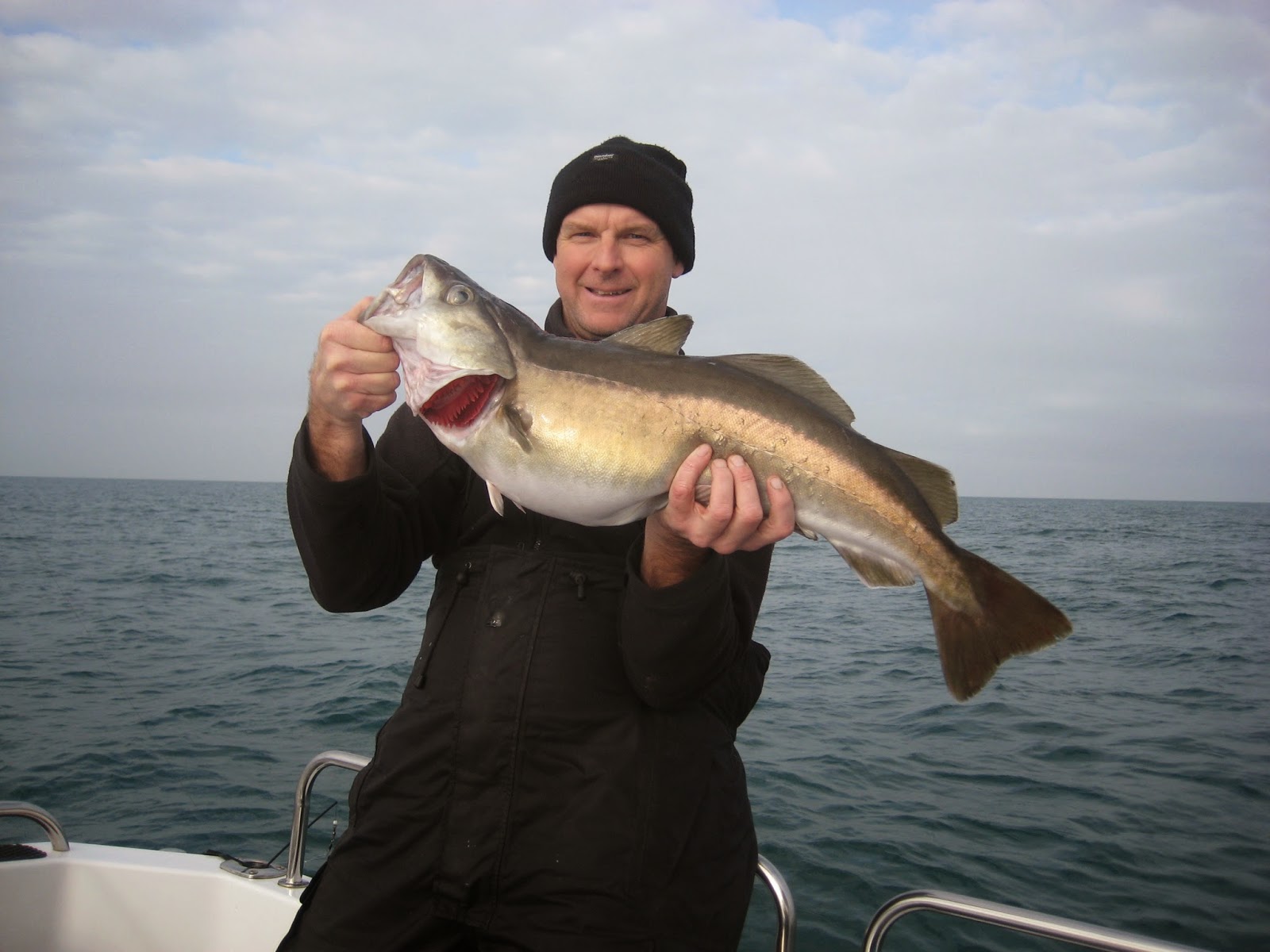