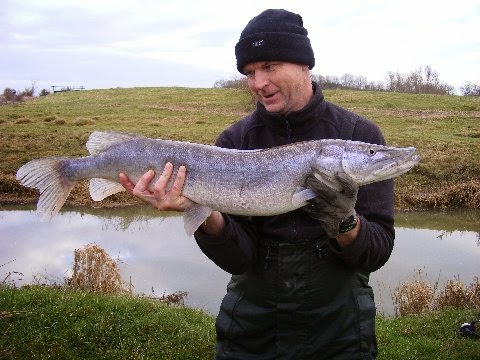 Jon Cook  kindly invited me to join him today as a guest on a private stretch of a tidal East Sussex river  which he'd secured permission to fish from the land owner. Water clarity is apparently essential to success but, with snow still showing on the downs , and plenty of melt water evident in the river, it was still quite coloured which didn't Instill confidence in Jon. I, on the other hand, was just pleased to be doing something different.

In the past the pike fishing here has been very prolific for Jon, with several doubles being caught in a session and today, despite the poor water conditions, those pike were still showing to our single trotted live roach. Takes were quick in materialising and we both had a single and double figure fish, as well as a dropped pike each in a session that was called to a halt at lunch time-Jon being actually quite disappointed with our results and eager to get me back and show me what it's like when the water's clear and the pike on form. Who am I to refuse.
It reminded me a little of the trips I 'd had with Mike Ladle on the Frome, not so much for the physical characteristics of the rivers, which are completely different, but for the style of fishing and the frequency of takes. The roaming approach, fishing one bait ,and carrying the bare minimum of equipment ,made a pleasant change from the  usual 'sit and wait'  methods that are used on the Arun and Adur. We've tried, and failed with more mobile approaches on our local tidals.
Interestingly one of the pike we caught displayed a similar blue hue that is found on our own Arun pike-perhaps common among tidal river fish.
Jon thinks that he's probably caught most of the pike in the small section he fishes ,which run to upper double figures but, studying the river, my feeling is that it would be perfectly capable of producing something special despite it's diminutive size. 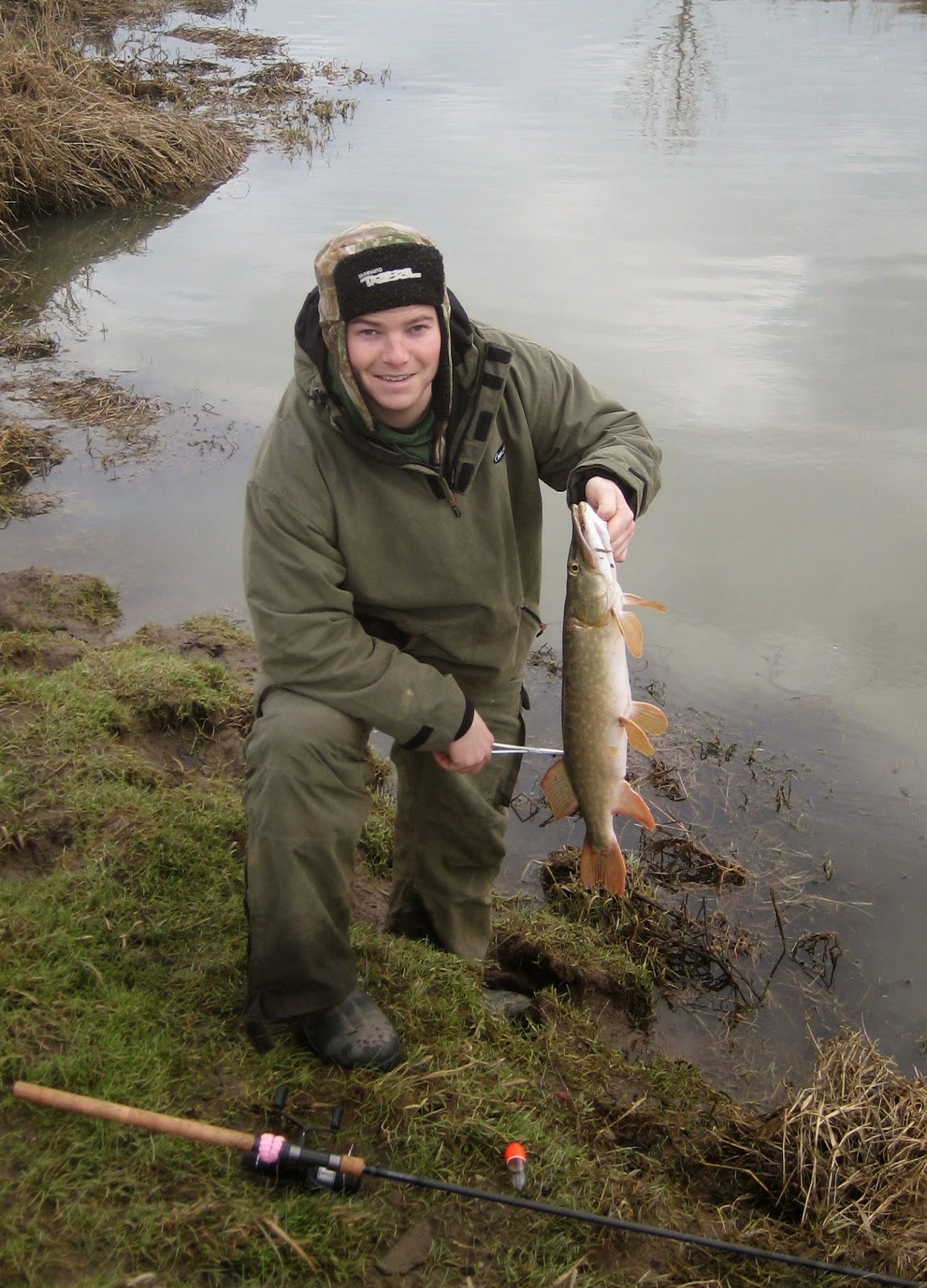