Since my last installment I've fitted three wheel cylinders,both front flexibles ,and a new master cylinder, in an attempt to get the brakes working so I can take her for a test drive. The brakes have proved to be extremely difficult to bleed despite having help from the missus but, after scanning the forums, it would appear that this problem is not uncommon.
Jack came up for three days to spend some time messing with the 'landie' and, after another fruitless attempt to bleed out the brakes, it was decided to renew the rear flexible, and wheel cylinder along with a couple of rear pipes, and try again.
Whilst shopping, I also managed to pick up a bargain. £15 for a complete O/S floor well repair section shop soiled (bit of surface rust)from Paul at 'Drop Zone' which will save me a heap of work and hopefully make a neater job of the steel work.
We did eventually achieve a solid pedal but it took some clever work, and no end of patience, getting pressure in the system and momentarily releasing each bleed valve in turn. Definitely the simplest brake system we've both ever come across but, probably due to it's single circuit design, with inherent 'air traps', THE most difficult system either of us, have ever had to bleed. Without a 'brake bleed' gismo , which I'm not entirely sure would have worked anyway, I couldn't have done this job on my own so, thanks to 'the boy'

With the brakes done the fuel line was connected to the tank, glass bowl filter cleaned out, a small in-line plumbed in and the petrol pump tested. Fuel pick up and sender unit were also investigated (even the fuel gauge works)No problems there so we connected it all up and we were finally able to carry out a proper road test which showed that all the transmission components functioned properly.4WD,High and low ratio and overdrive all worked without fault and the ne pulled smoothly. Here she is driving properly at last;
http://www.youtube.com/watch?v=oqgQyTdLjcY&context=C3858af5ADOEgsToPDskJDh0mb9zjAWDfeQQBn5Vtu
Things didn't last long though as soon we experienced some rough engine running no doubt caused by crud entering the carb, and the in line was decidedly 'manky' but at least we'd been able to assess the condition of the running gear which appears to be good.
The tank will have to be removed for a proper flush out as the drain plug appears to be welded up tight.
We finished up by removing the O/S/F wing to give access to the first section of welding work which is required. Not too onerous a task although a few of the rusted bolts had to be attacked with the ever faithful mini grinder and it was far easier having a second pair of hands to remove the panel. It's now temporarily fixed in place with about three bolts.
The welding will probably have to wait until the weather perks up so, in the meantime, I'll have another go at the fuel system especially as the carb's accelerator pump does not seem to work-probably a blockage. 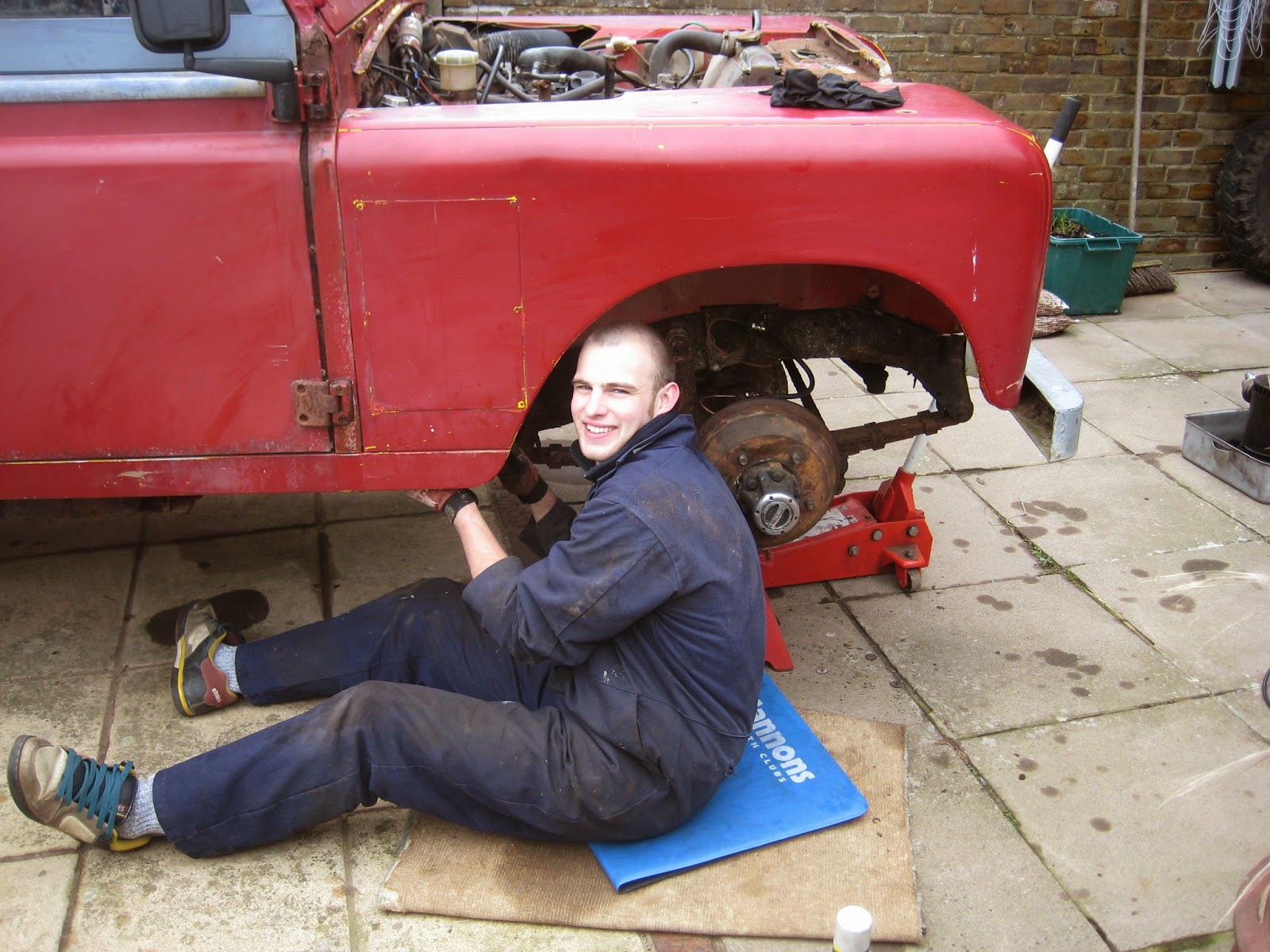