Once again the end of the season is drawing ever closer and with the river still in very good condition Dave and me decided to take full advantage of the situation and soak some dead baits.
Things began well on the first day with five pike in total including three doubles to my baits at 15lb 1oz, 16lb 8oz and 11lb 3oz all  from the same stretch of river just a few hundred yards in length. 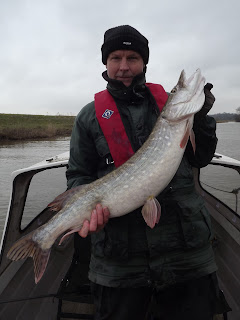 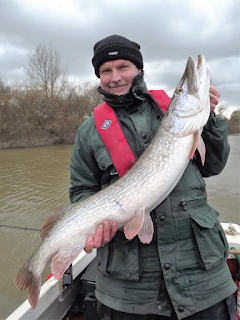 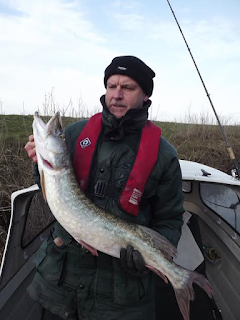 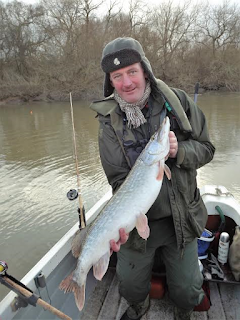 The following day things slowed down considerably and we struggled to find just one small pike each although Dave's must rate as one of the cutest pike we've seen all season. 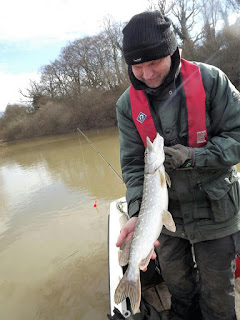 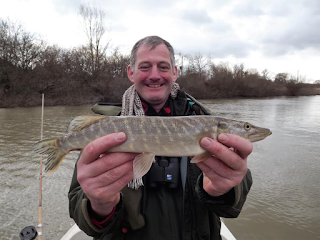 Finally on the third day I ventured out on my own and failed to even get a single bite which goes some way to show how fickle our river, and It's pike can be.
Dave' took this fantastic picture (no special effects) at the end of the second day . 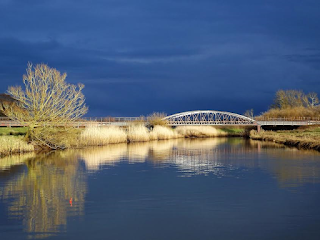