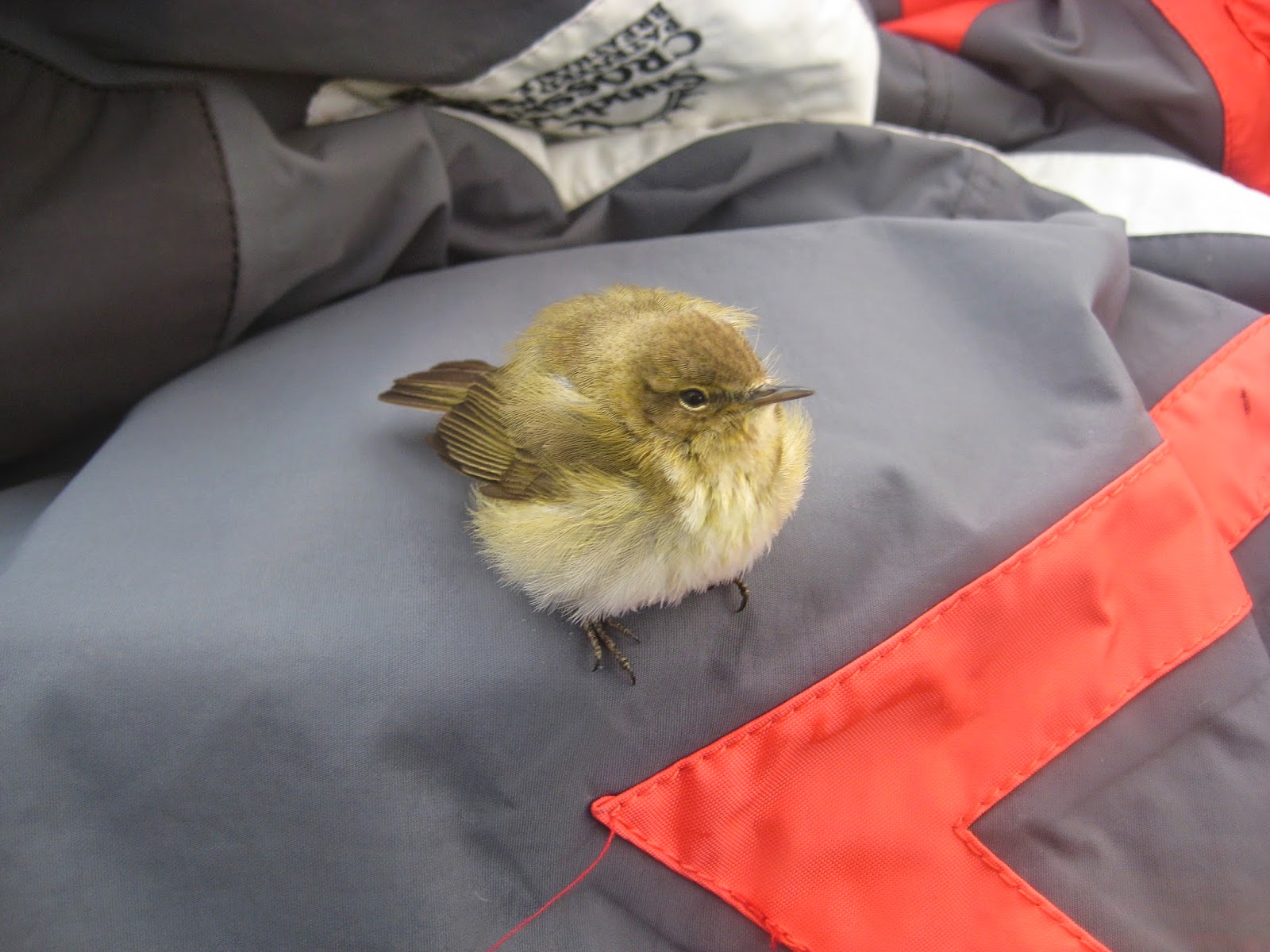 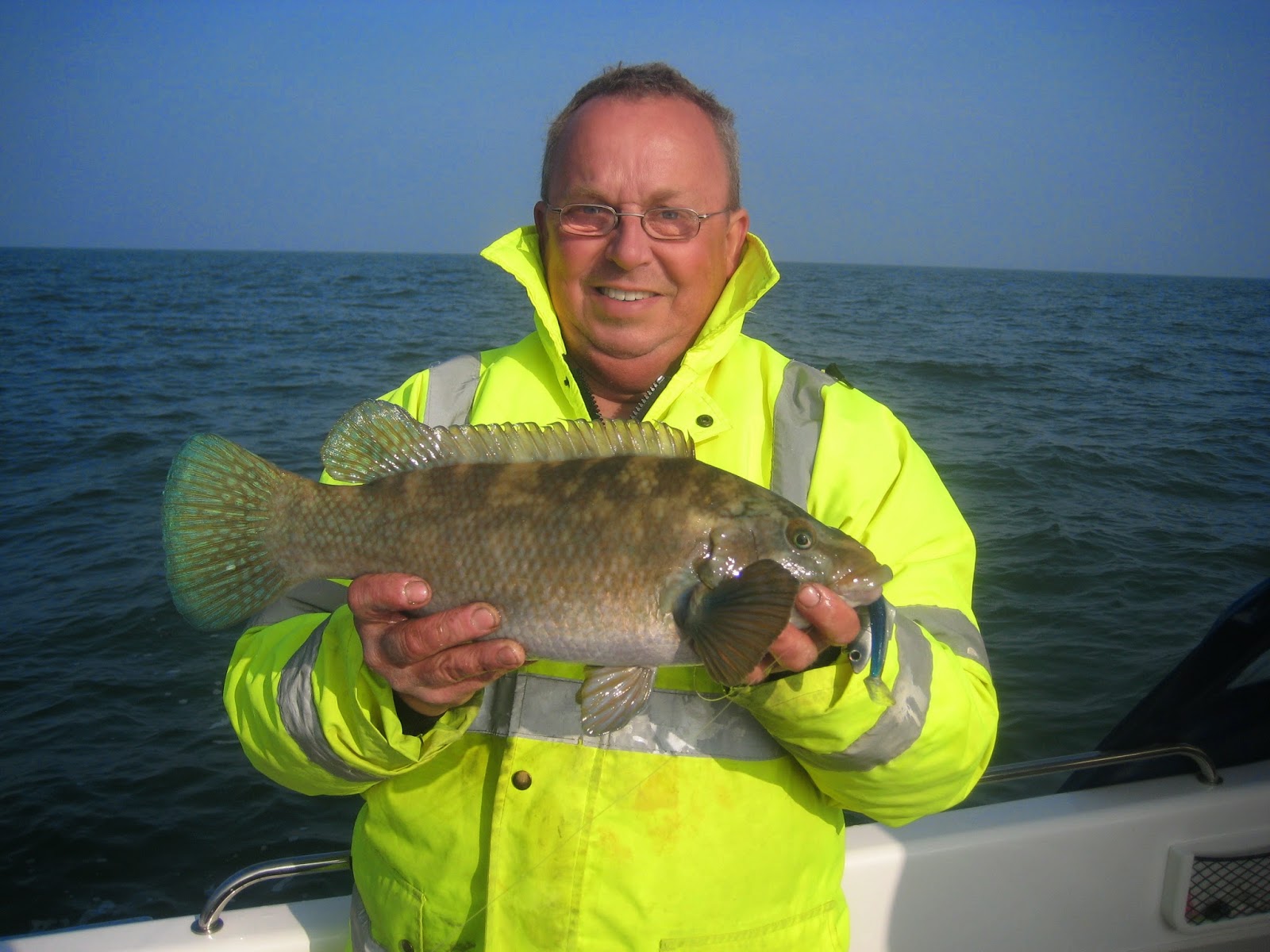 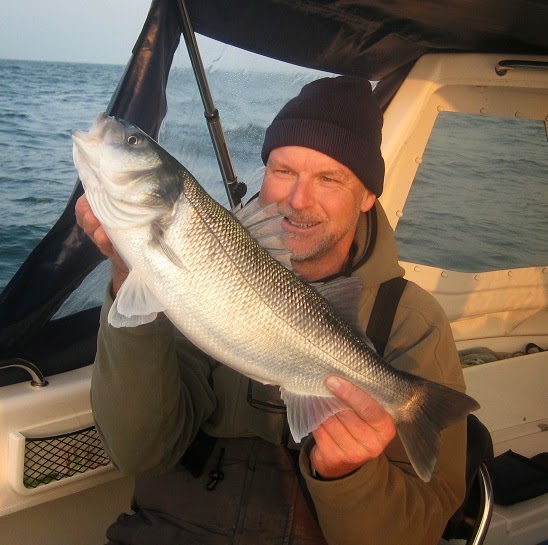 Regular blog readers(if indeed there are any out there?) will have no doubt noted a distinct lack of effort recently on my part and indeed, as I write this entry (its the 25th April ) I'm still over a month behind............but , there's a very good reason for this...and its all to do with the picture of that silvery thing above.
Although the early arrival of bass in our local area is generally kept fairly quiet, word soon trickles out and gradually more boats appear to get in on the action. The problem is that the bass seem to be fairly localised and, although I'm convinced otherwise, seem to be concentrated on just one mark.
Despite having a really thorough look at other areas I failed to find them elsewhere though I suspect it won't be very long before they do turn up.
Brian hooked up with me on this, lure only, trip and with some degree  of success despite only 46.8 deg showing on the fish finder, and a biting N.E wind to boot.
Thankfully this meant we had the mark to ourselves-I hate crowds!!
. On arrival , the tide hadn't really started to move but good sport was soon provided by wrasse on our vertically fished shads with fish to 4lb for my crew mate Brian. We did however, pass over several 'green masses' on the sounder and my feeling was that they were bass but wouldn't feed until the tide started running.
Unfortunately the wind ,which was directly opposing the tide, hampered us somewhat but, with patience as the tide increased, the clues on the sounder revealed their true identity with a handful of bass to 5lb-a good start.
Pictured top is a little feathered friend that turned up for a well earned rest on the boat. A chiffchaff, this little fellah may have had a long journey al the way from Africa. Total respect.