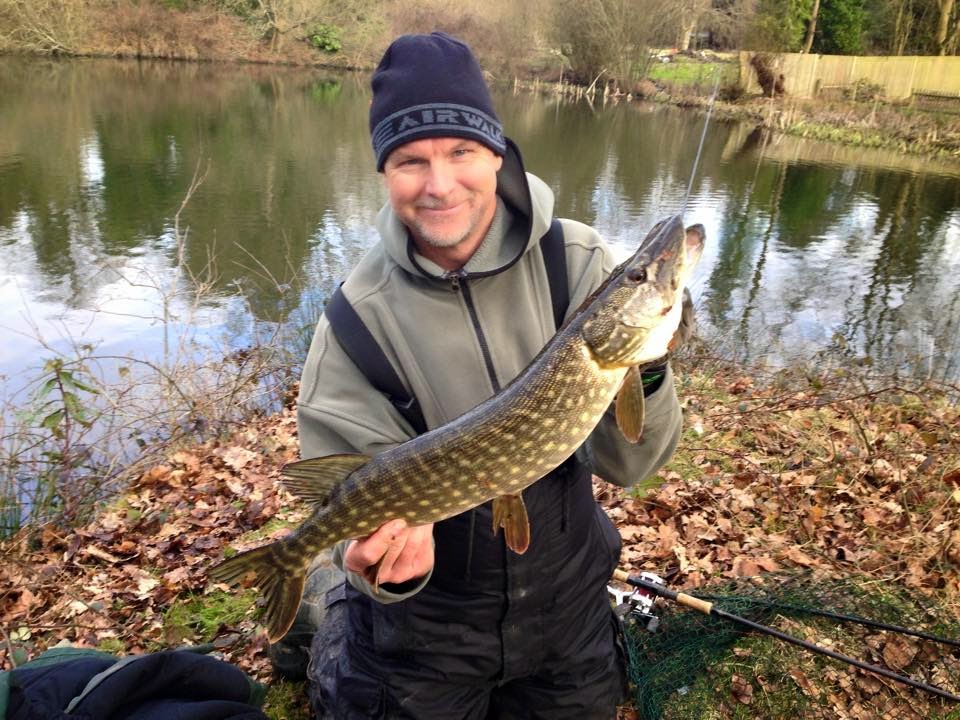 Friend and ex-colleague Carl has a lake at the bottom of his garden that is rarely, if ever fished. He's been on my case for a while to get along with my pike gear and have a go and who am I to refuse such an invitation.
The lake is not big but does contain a good head of pike and one tale that Carl recounts really interests me. Whilst building a jetty at the foot of his garden, he spotted what he describes as an enormous pike just skulking in the shallows.
To be honest, this is more than enough reason for me to get interested even though, in all likelihood, the big pike in this lake is likely to be a 'double'....who knows.
Small, rich lakes in my area have produced some really huge pike and where there are jacks like the one above, there's going to be big mums.!
Today, I just caught the 'kids'....and plenty of them but, they were all pristine fish with beautiful markings and the lake certainly warrants a revisit next winter.
Thanks Carl-much appreciated.
Posted by Unknown at 15:28