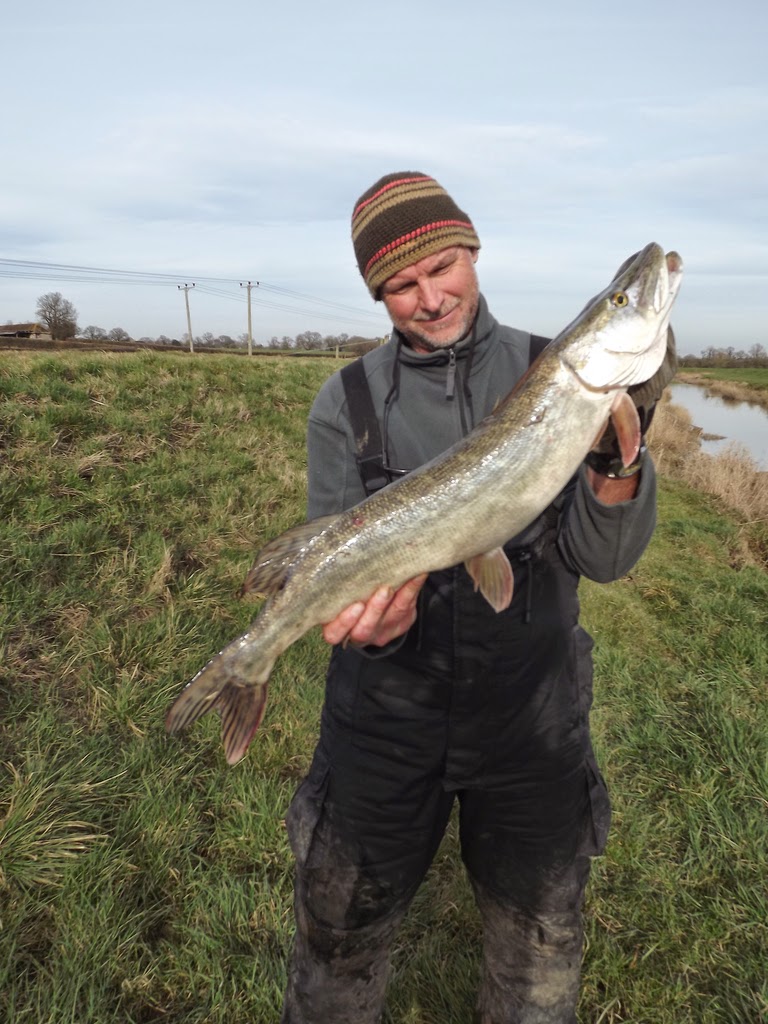 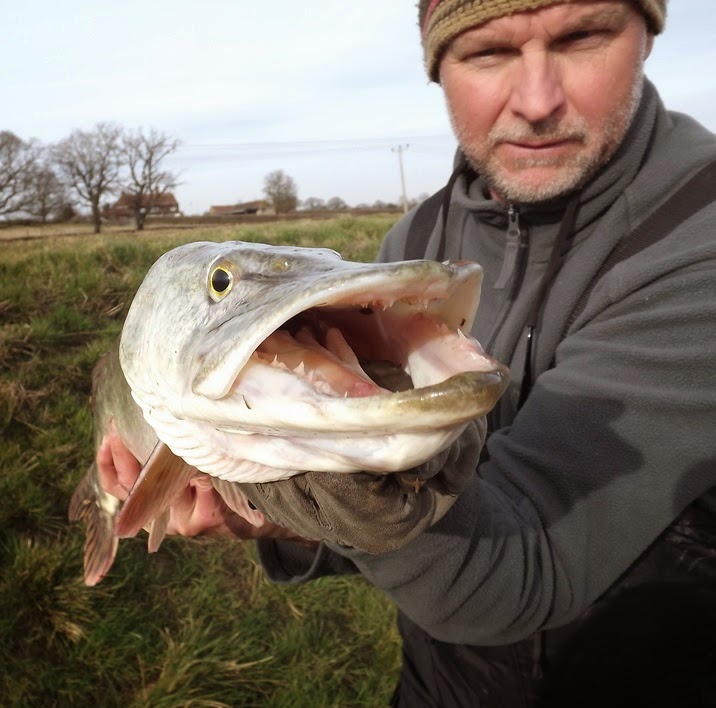 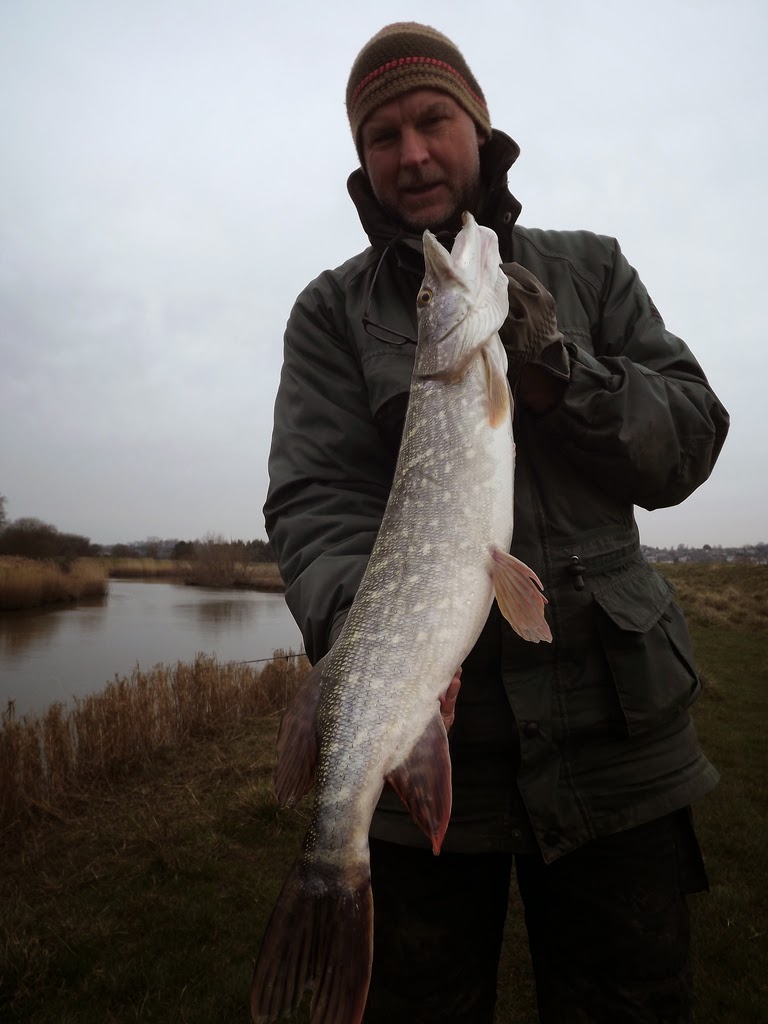 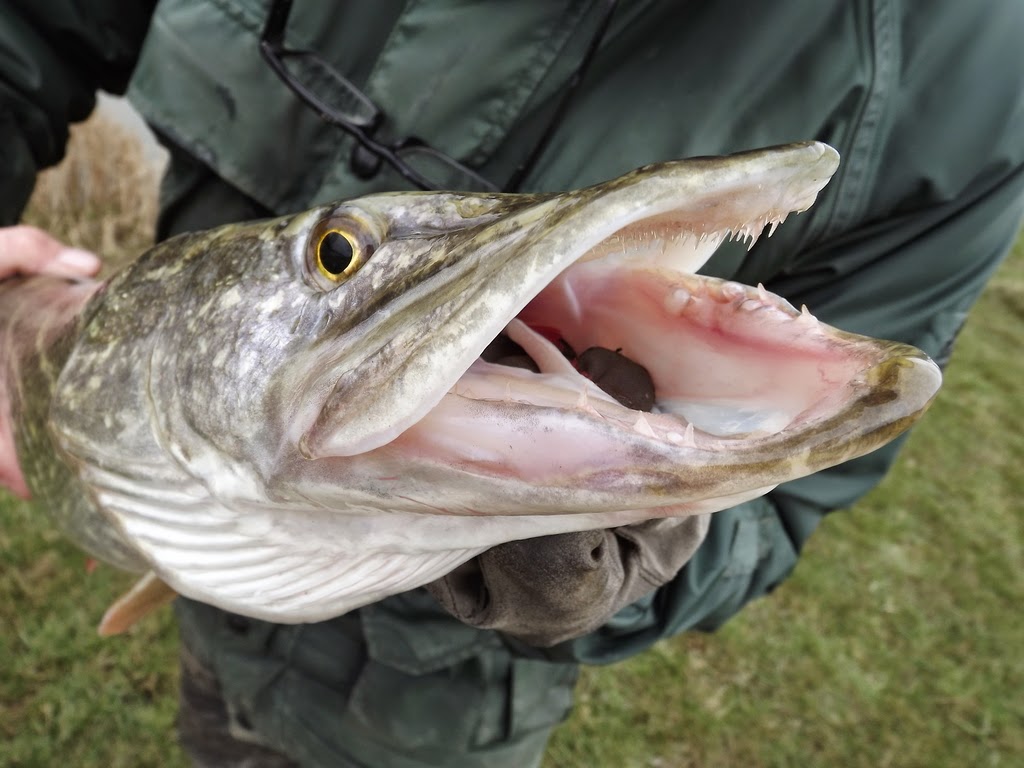 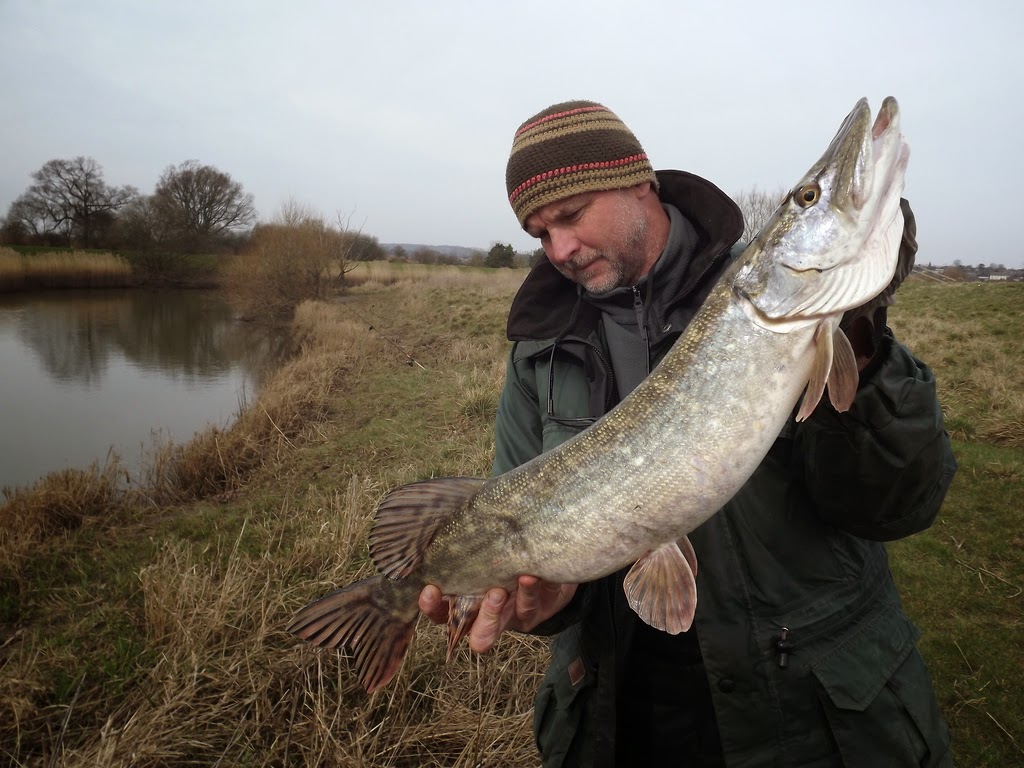 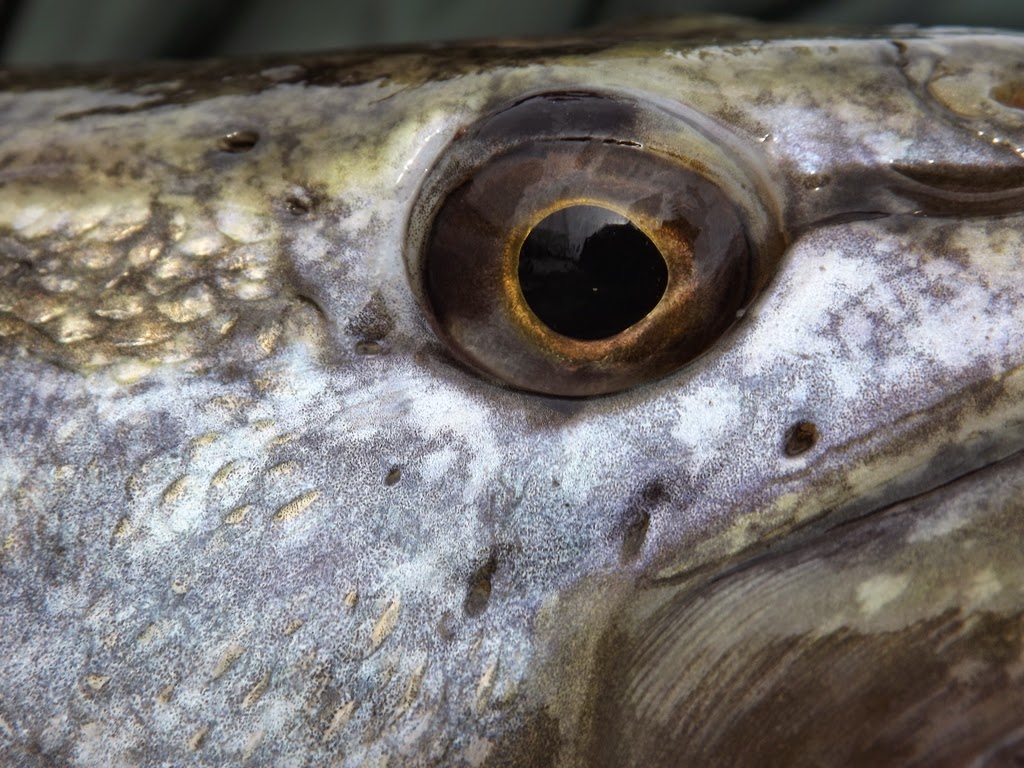 Three end of season pike trips covering both tidal, and non tidal stretches of both my local rivers to report here.
Again, nothing huge took a shine to our (me and Dave) baits but it was fun getting a few pike on the bank especially as I managed to winkle a pair out of  a tree swim that had proved to be a 'banker' in the past which was rewarding.
Its been a typical river pike season again with coloured water slowing the fishing down more often than not. Of course, as I say every year. 'I'll be back' but will perhaps concentrate more on some new stretches particularly those which I planned to fish this season, but didn't manage to get to.
Posted by Unknown at 15:49