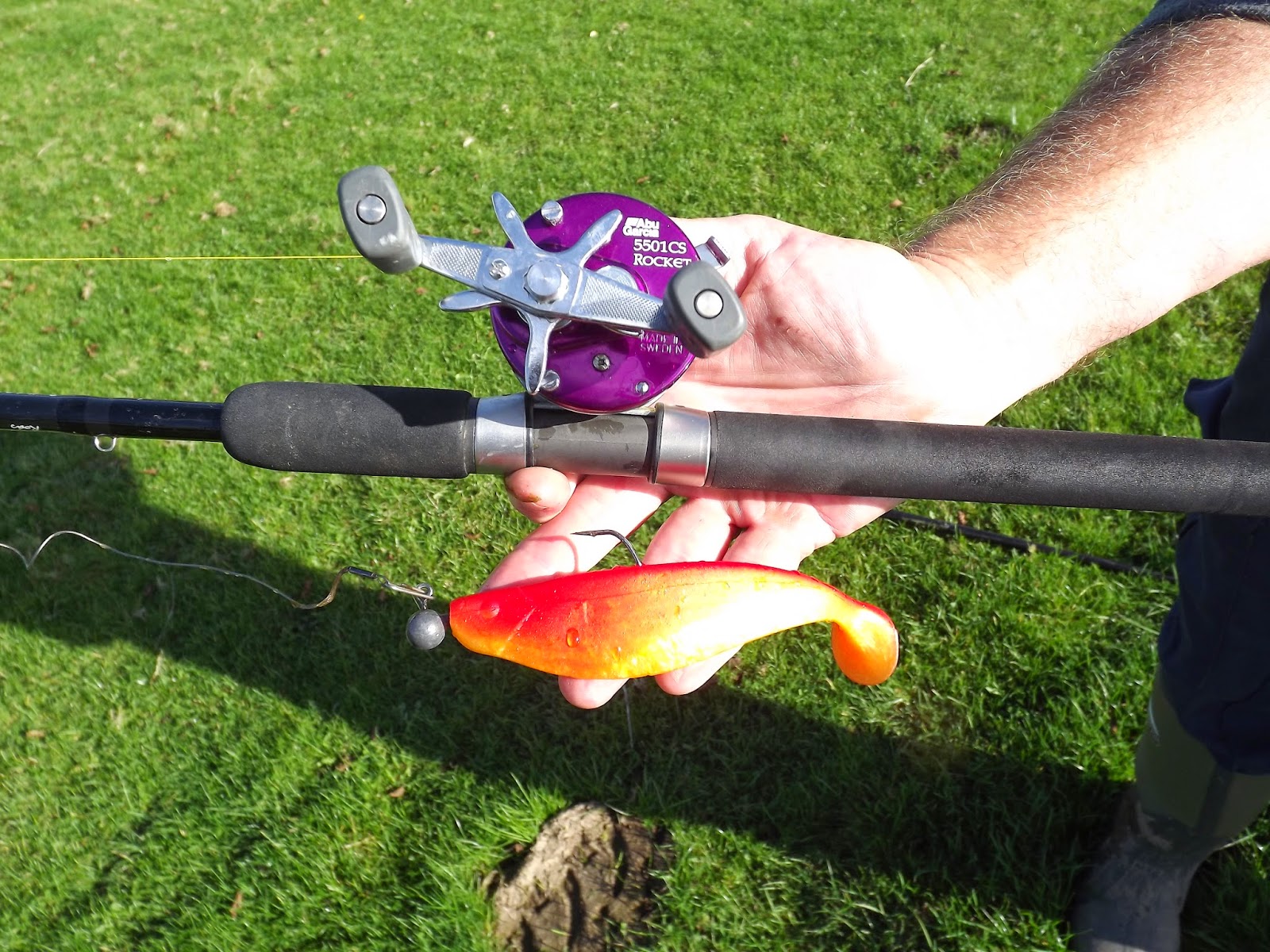 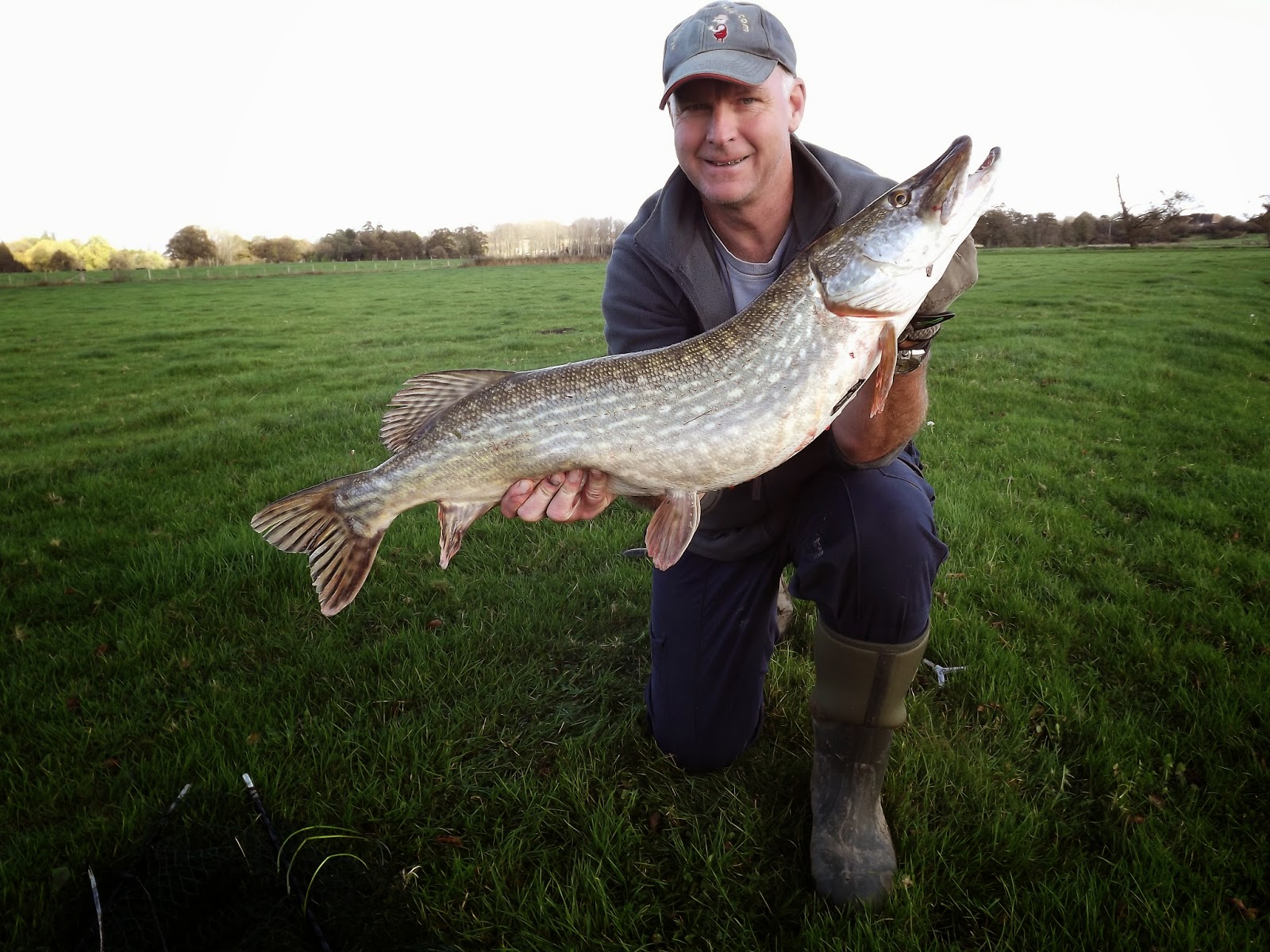 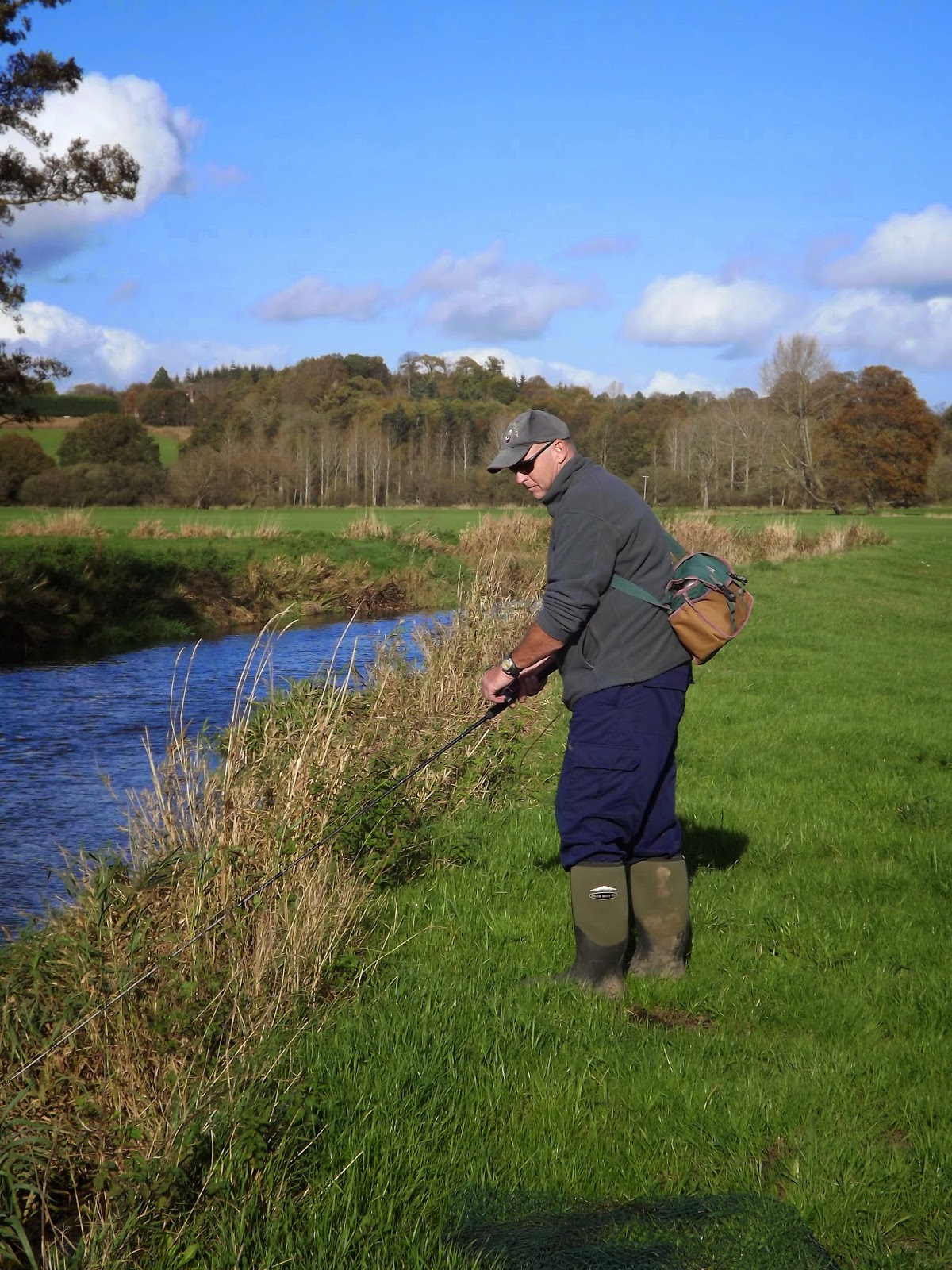 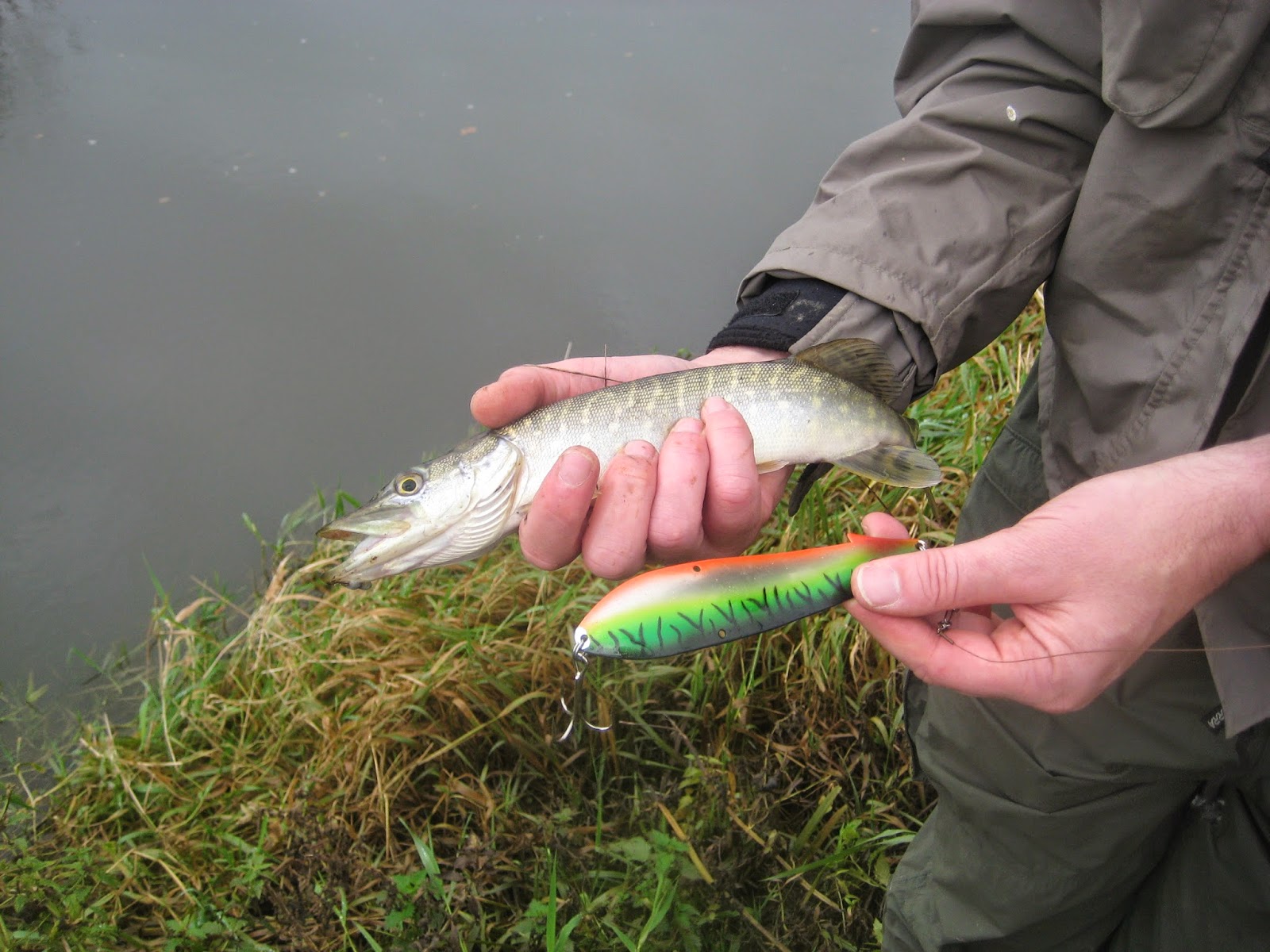 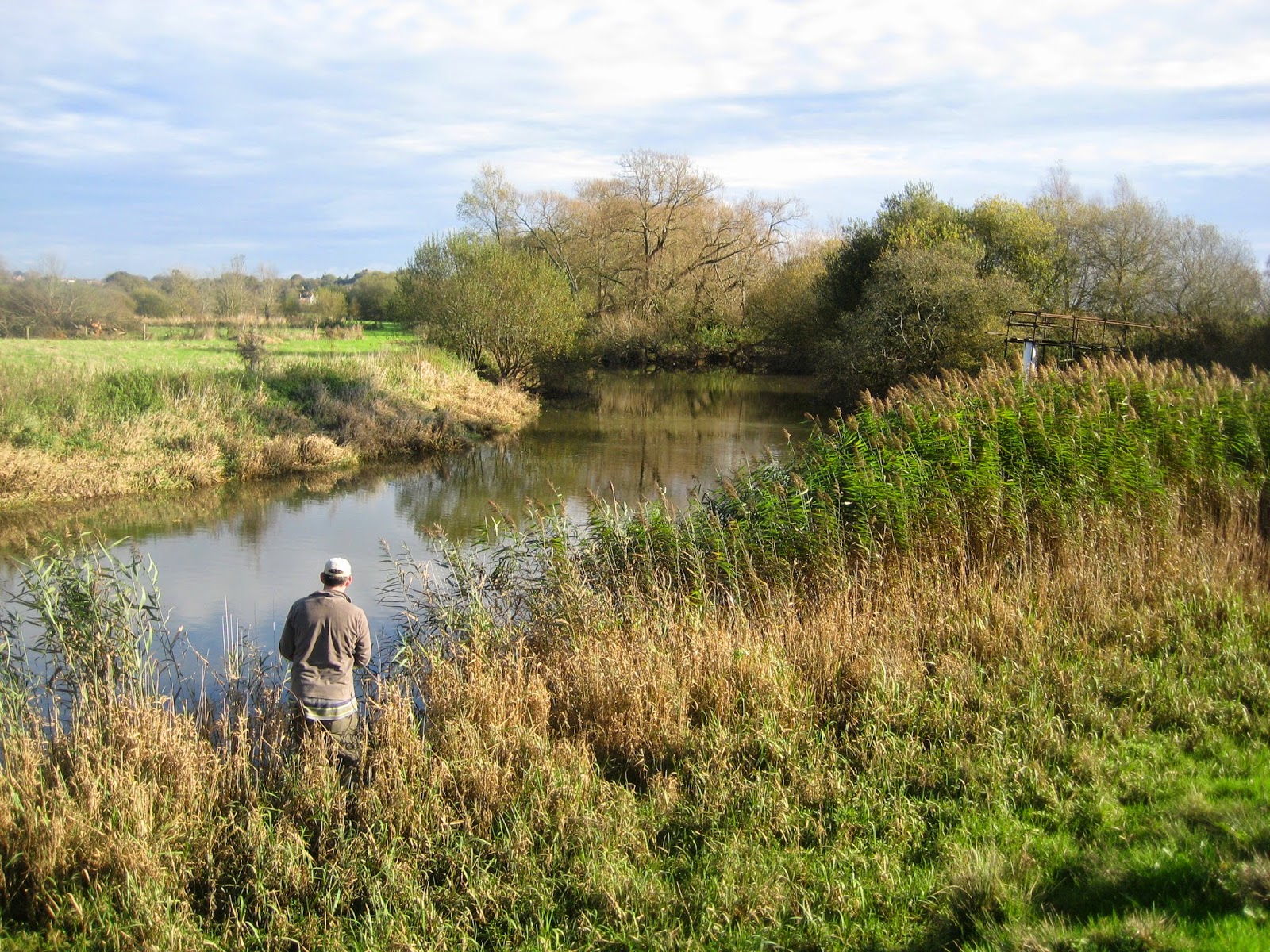 Idyllic.
I like fishing rivers. If I'm ever forced to give up my sea fishing in my boat,  and that day may well come, then rivers will always capture my imagination and provide me with more than enough of a fishing fix.
I've never really done well with lures when targeting pike in our local rivers and despite trying on a number of occasions, I don't think I've ever caught a double figure fish on an 'artificial'.
Dave, as an accomplished lure angler, has done much better and his tale of an absolute monster some years ago has always stuck with me, as have several accounts of lure angling success by my good friend Michael Kernan who has taken a 30lb pike on plastic, on our favourite river, albeit after over a quarter of a century of piking.
One of the tallest hurdles that we have to overcome is that of water clarity. Our tidals rarely display the 'right' lure fishing conditions during the traditional  pike season.This time of year provides the best chance but, all too soon the depths of winter arrive, and we are almost forced into using bait methods partly by our confidence in the method, but also by the fact that in murky conditions your relying more on smell (dead baits) and vibration (lives) but also need to give the pike time to actually find your bait. A lure tends to fly past all too quickly.
Today's conditions were indeed a rare 'window' of opportunity unlike an attempt I made a couple of weeks ago when I was hampered both by a flooding tide, which always colours up the water, and a bit too much rainwater  in the river.
Dave and me elected to fish a stretch we rarely visit nowadays and by the time I joined my mate he'd already taken one small jack, and briefly connected with a much better fish on his spinner bait.
I chose to go down the 'shad' route fishing an orange and red six incher with a ten gram jig head which I could work slowly in the margins against the flow.
After a couple of abortive takes from a jack pike and a nice looking perch, which obviously had eyes bigger than its stomach, I had a solid thump from something much larger.
The pike, being an early season fish, fought very well indeed, and certainly punched well above its weight successfully snagging me in a sunken branch right under my feet. Thankfully with 50lb braid on the Ambassadeur I was able to bully the fish a little before Dave managed to successfully slip her in the net, leaving the foliage behind.
A boldly coloured fish of 15lb 12oz and a personal best lure caught esox for me.
This style of piking is a welcome contrast from our usual winter bait tactics and it's very pleasant indeed not to have to lug around heaps of kit. I don't think lures would entirely replace our sardines and roach but, if the water is clear enough on future visits, we'll probably be giving them more outings.
Posted by Unknown at 05:50