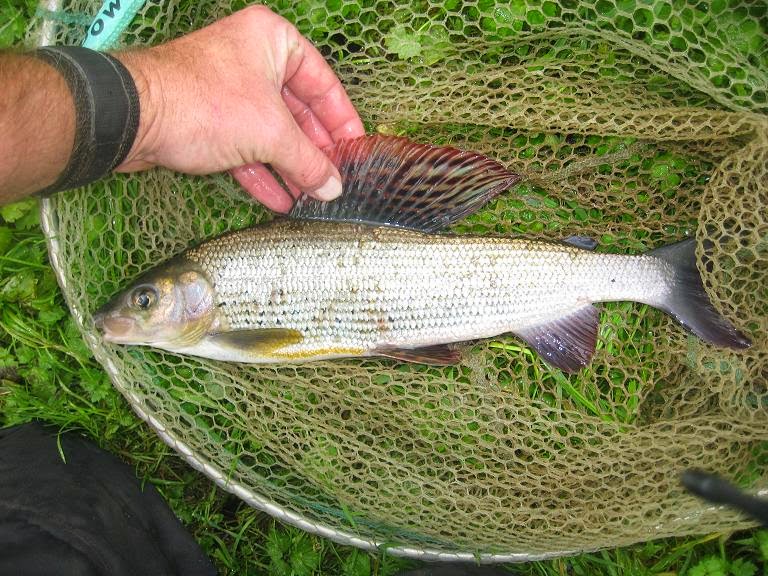 1lb 7oz 'ling'
My local rivers are still too high and coloured to fish due to recent rainfall so, after a quick phone call to the Itchen river bailiff to confirm that river conditions across the border in Hampshire were more favourable ,I decided to embark on a second visit to the fishery.
The plan was to split the day in two, trotting for grayling in the morning, and trying to tempt a pike with a deadbait under a float in the afternoon.
The river was very slightly coloured but nothing compared to what we're used to in Sussex and indeed, the water level was little different to my last visit.
Armed with some newly acquired low light polaroid glasses, it took very little time to locate shoals of grayling to target in the fast shallow flows.
I chose to adjust my tactics slightly for this visit firstly by fishing a much heavier 4 swan loafer type float, and secondly, opting to fish sweet corn on the hook feeding half a dozen grains with each run through.
Grayling are not tackle shy at all and, they seem to find sweet corn much to their liking as once again i quickly lost count of the fish taken. In marked contrast from my last trip , the corn seem to select the better fish as I had a dozen over the pound mark with a brace at 1-07 which is the largest I've caught so far.
These fish can also be taken on feeder tactics if preferred and often the best way is to elect to drop your rig into a back eddy,of which there are several along the coarse beat of the fishery. I chose to run my float through a couple instead, fishing to sighted fish, and scored a couple of nice grayling in the process.
The usual 'nuisance' brown trout also showed up on a couple of occasions to add a bit of variety but, in truth, its the grayling I'm really after at this venue.
Unfortunately, the afternoon foray after pike proved unsuccessful although i really only had a couple of hours fishing before dusk, and the closure of the fishery. The bait was dropped into virtualy every likely looking slack on the stretch but to no avail. Perhaps it would be worth trying again but , as i can catch pike at other venues, yet rarely come across grayling, my mind is on the ladies of the stream ,especially as the potential for a really decent specimen is a realistic prospect on the Itchen. 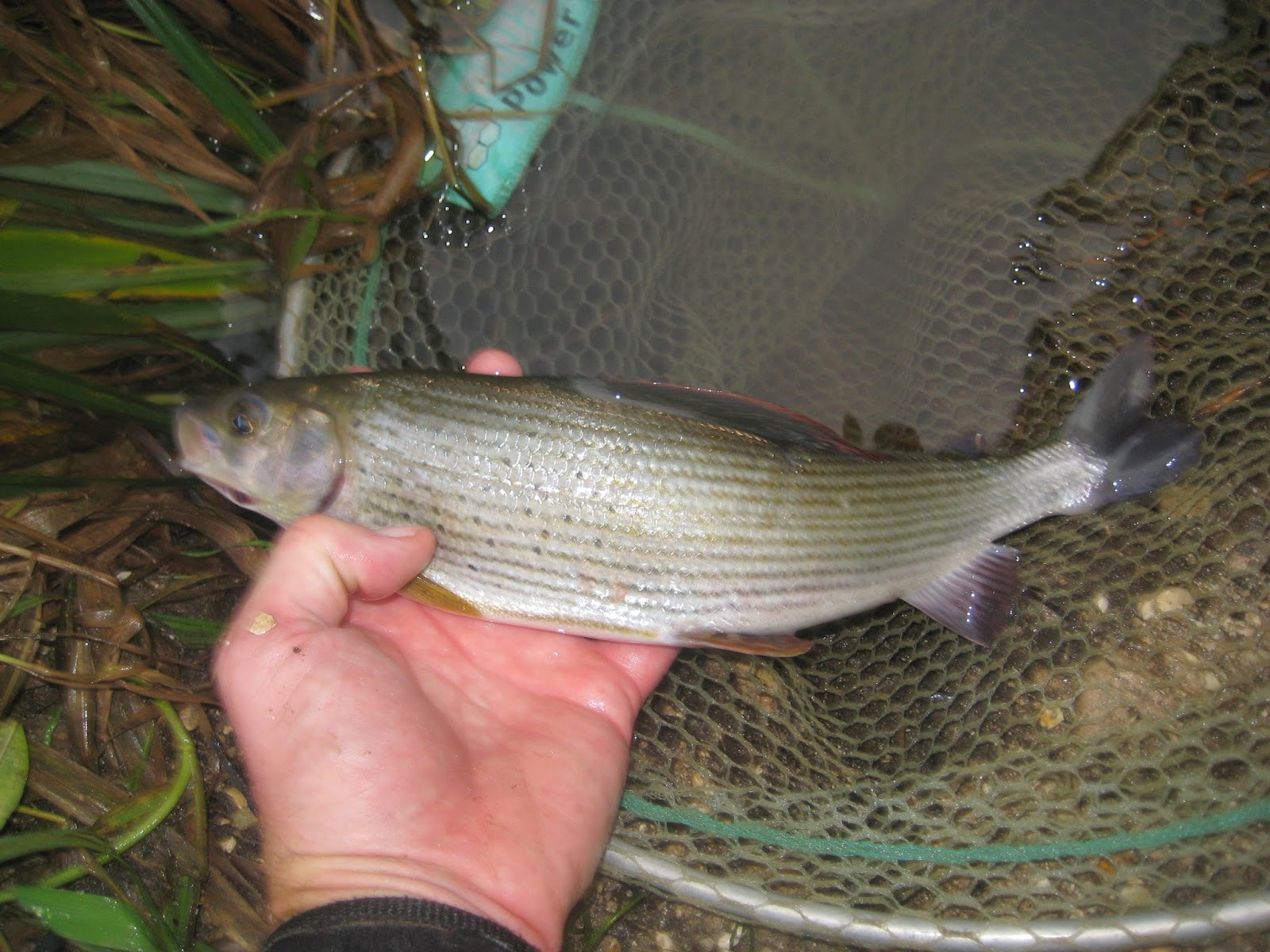 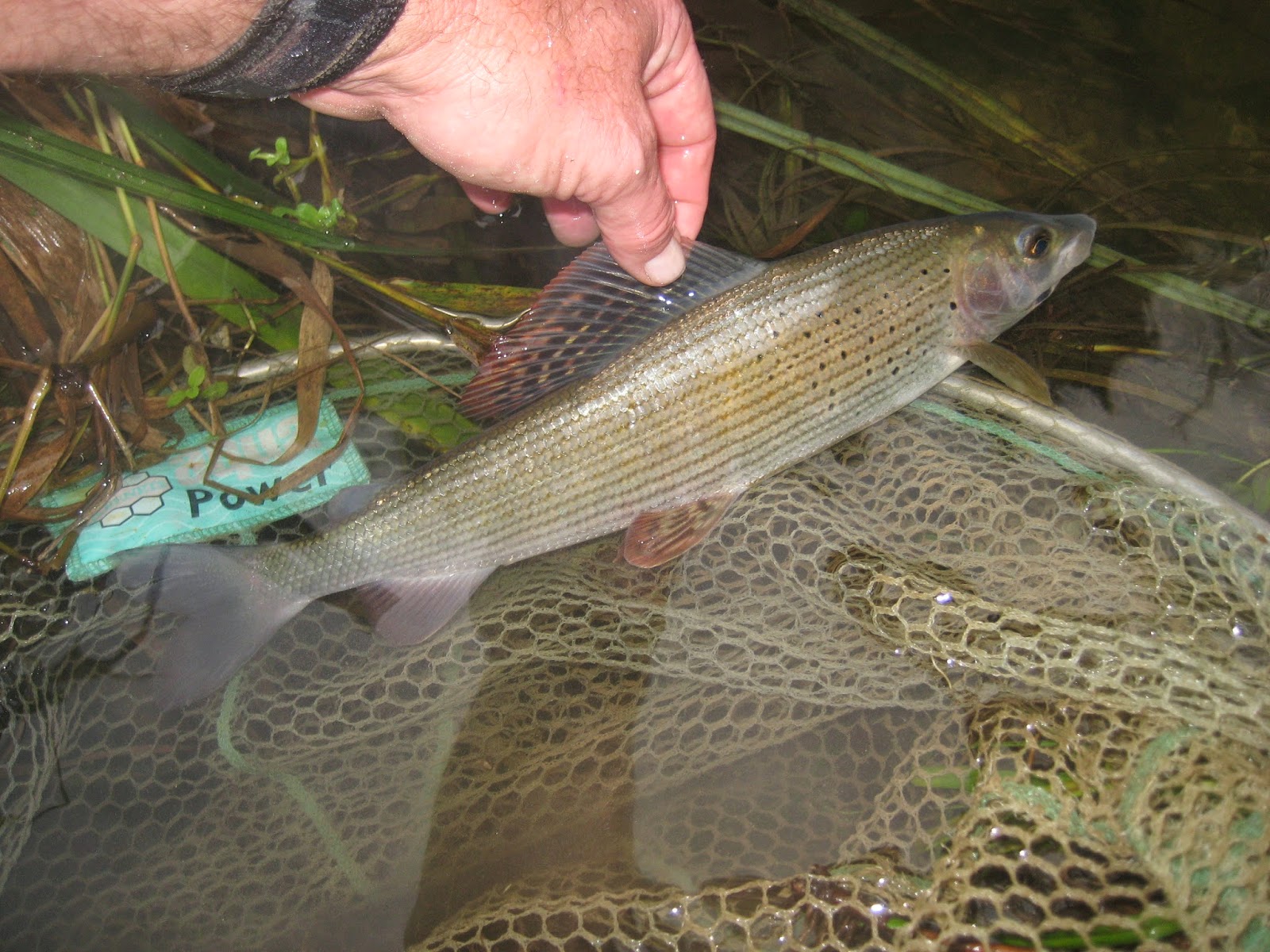