HW 1250 6.4m  1030-1430hrs  BT36
On the 24th I made another attempt to winkle a bass from some ideal surf at the secret mark but to no avail. In fact, I found it a little uncomfortable standing in the sea for two biteless hours. Simon has fared similarly, although he did spook some bass whilst wading in the shallows on west beach. They're proving difficult this year although a few are being caught locally including a recently reported 'seven' from Felpham .
On the 27th I had a short pike session behind Dave's and again, with no success at all. I didn't feel too bad however, as fishing the same bank was my old mate Martin Ayres ,one of the first Arun pikers that I'd met in 2005 on the Watersfield stretch, and indeed possibly the only regular piking face I've ever seen on the river.
Martin has 'defected' over to P.A.S waters possibly due to P&B losing the Hardham stretch and with it, 'the jungle'- Martin's favourite beat and the scene of a few of my own successes. It's unlikely to be available in the near future as the farmer is adamant that, following the completion of the reservoir, he doesn't want people on his land.
It was interesting to compare our results with pike on the river( I would imagine we both put in a similar amount of effort) and to discover that he finds it just a difficult as I do. He'd blanked that morning as well.
And so to today's little outing. I'd contacted Neil with a question about the likelihood of the conditions being favourable for reef bass due to colour in the water after recent rough weather. Here's his fascinating reply;
'I reckon the water will be dirty, it pushes the Bass inshore, they feed heavily on ragworm, which are in their spawning cycle now, the ragworm come out of the sand at night in the dirty water, the drift nets < twin sisters>and <voyager> hit them hard but they have to get the fish to market quickly as they are stuffed with ragworm and spoil quickly, the price drops dramatically very quickly as the market gets flooded with fish, I spoke to Paul on voyager 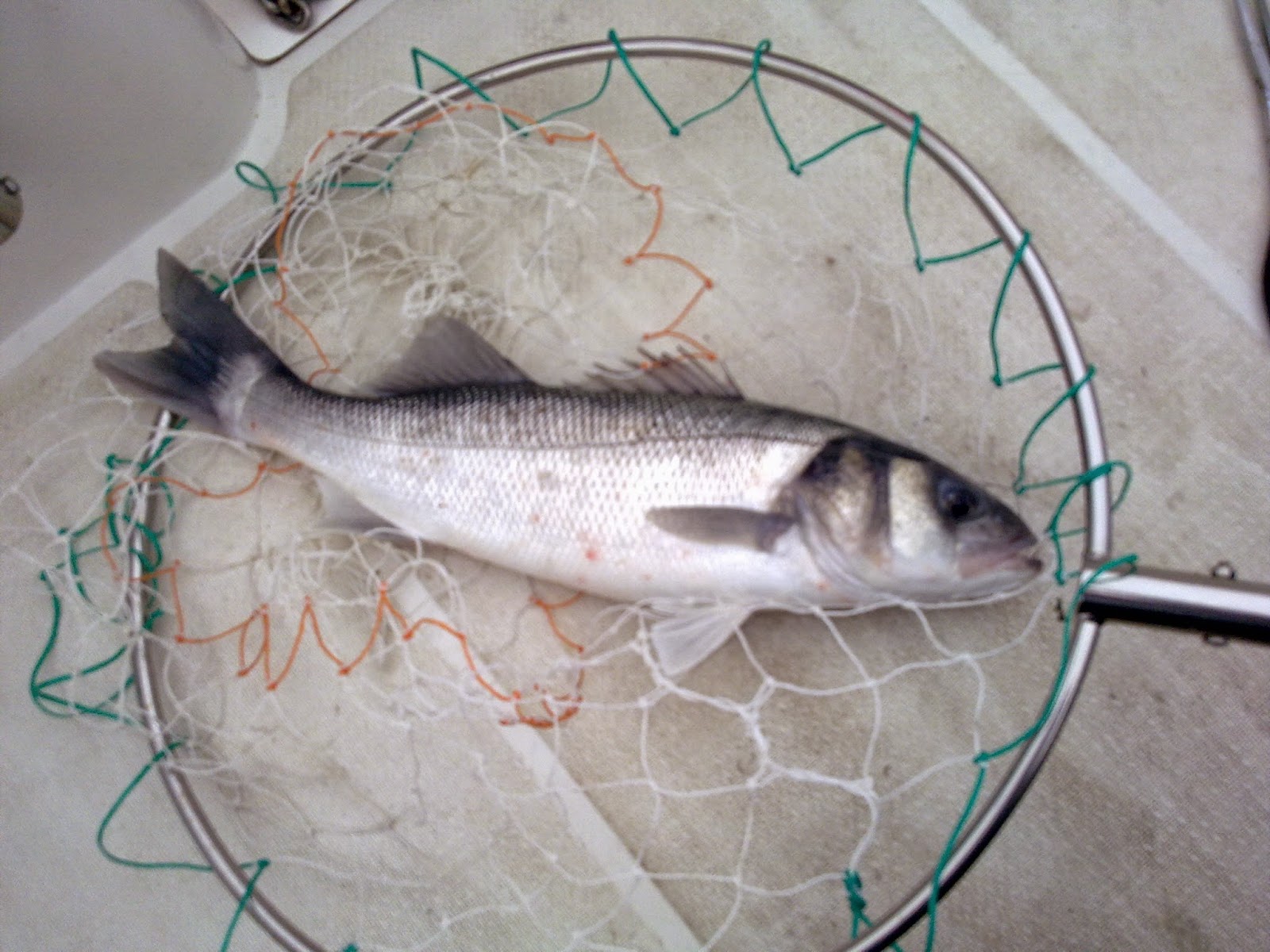