With weather conditions looking even more favourable for today, I simply had to take advantage and get another trip out.Yesterday Neil and others were doing well on #12 with bream, so I decided to start the day with some fishing at anchor In my own little space on the 'edge'.Squid for bait and the bites kicked off straight away with some decent  bream, undulate and spotted ray and a smoothound along with the inevitable doggie. Quality fishing with a bite on every drop.
As the tide went slack, and with a good catch already ,under my belt, I changed tactics and motored over to the east side where, following up on a tip from Alex,I drifted the boat,spinning with a pinky white, heavily weighted shad that Dave had donated to my meagre lure collection a couple of years back. Yesterday's big bass follow was the inspiration but it was a method that was suited only to the slack water period.It took a bit of time and a few drifts but eventually my lure was hit and this lovely bass of 6 1/2lb(returned of course) was the result...and what a result. I was over the moon to get a bass like this on a 'new' trick.Sadly the lure got snagged on a subsequent cast and was lost.
Once the ebb had settled in , I changed to 'Norden' tactics roughly drifting the mid section of the reef.A couple of colourful wrasse showed ,but I couldn't find any more bass which was a disappointment after yesterday. With an hour or so to go Neil , who had spent most of the day on the bream on the west end, showed up with his crew to show me the way.His drift was on the southern edge and that proved to be the winning line. On heading for home he let me know of the six fish that he'd had which was invaluable information and noted for the future. 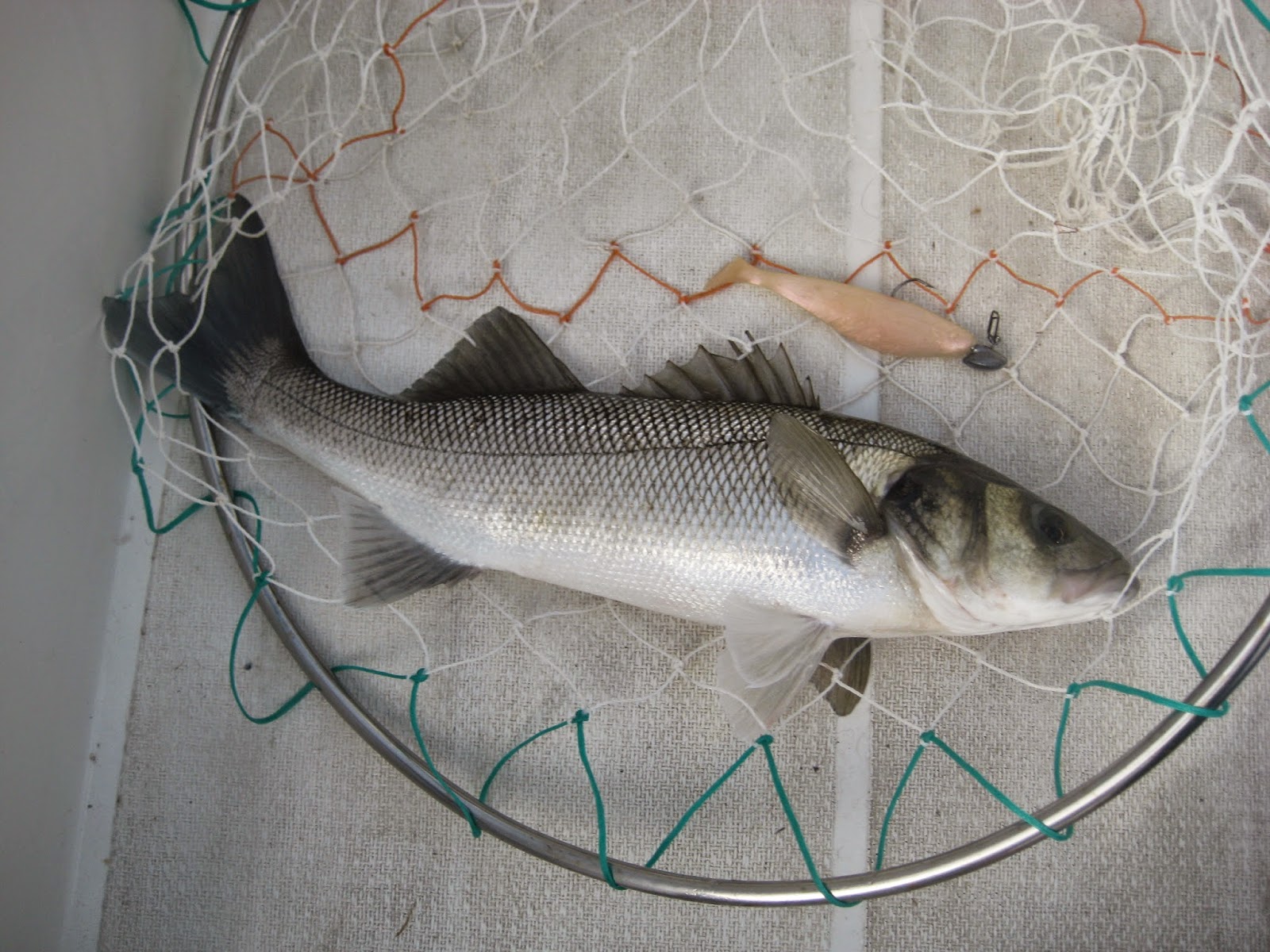 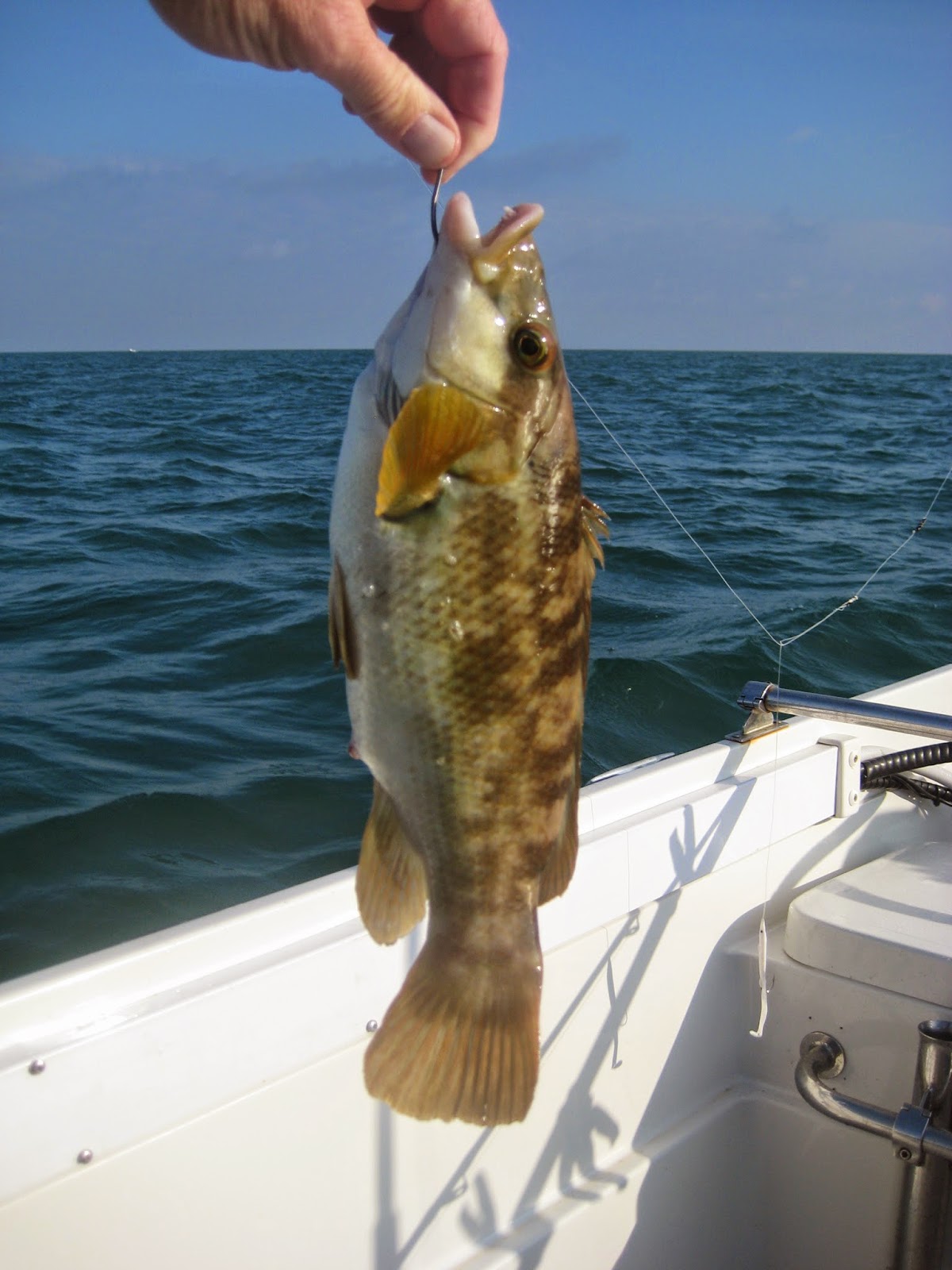