It's been a rather tricky start to the pike season on the river with some relatively slow fishing despite almost perfect water conditions, and mild weather.
On the 7th , Dave and me ventured upstream, having caught some suitable roach baits but, apart from some aborted takes and a small jack for Dave,  little else showed up. 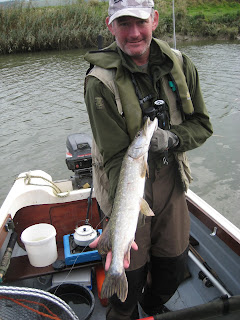 I returned a few days later, In biting easterly winds, and drew a total blank despite fishing swims that have regularly produced pike in the past.
Finally, on the third outing the following week, I did manage to actually catch a pike-an eight pounder having thoroughly searched a lengthy stretch of river. 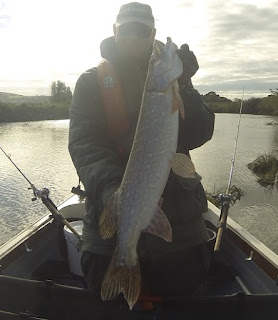 Little reward for the amount of effort put in and it would seem that we're simply not finding the fish, rather than them being present and not feeding. Hopefully, this situation will change as the season unfolds.
Posted by Unknown at 11:15