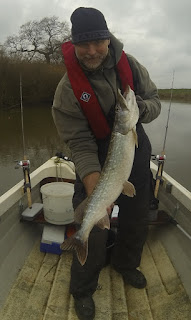 Very, very occasionally, particularly so with my own fishing, an angler will experience a 'red letter' day when everything seems to fall into place and a good, if not spectacular catch is made. Compared to other waters, and other anglers' results, my catch today could hardly be called 'spectacular' but, as I've already mentioned in previous entries, my local river doesn't give up its pike without considerable effort so, what would elsewhere probably be considered an 'above average' catch, was today, something a bit special.
To begin with, the tide was very small, which makes everything so much easier from anchoring the boat to setting the floats. Also, In my opinion, the weather conditions were absolutely perfect with mild temperatures, a cloud covered sky resulting in low light levels, and a slightly rising barometer.
I'm afraid I wholeheartedly disagree with the traditional train of thought that pike don't feed until it's 'cold enough' . It's an excuse I hear quite often and I think it's a load of old 'tosh'.
To cut a long story short, I fished in about four locations over the course of the day along a stretch of about half a mile and each 'spot' produced at least a couple of pike making eleven fish in total.
Just two of the 'offenders' were 'jacks', six more fish were in the upper single figure range (7-9lb) two nice lower doubles but the crowning glory was a 21lb 4oz pike-my first 'twenty' from the river for almost exactly three years.
Bites  came very quickly in all the swims that I tried and,at one point I had a take whilst I still had a  fish recovering in the landing net ready to be returned. Luckily I managed to unhook the culprit at the side of the boat but things did get a bit hectic at times.
Pike fishing with baits can be a very slow sport sometimes but when its like this, you barely even have enough time to make a cuppa-very exciting stuff indeed.
By way of a contrast the two days either side of this session produced startlingly different results. The first day, although being a very short session produced just one small pike however, it was taken from a swim lower down the river than I've ever caught pike  before so has given me a bit of confidence to explore those areas more in the future.
The third day, although naturally returning to the general area of my success again produced just the one pike- a nine pounder to save an otherwise bite less session. The reason for this lack of action?? Well, I'm putting it down to clear skies and bright sunlight because, this sole fish turned up late in the  afternoon, and just as some extensive cloud cover had occurred.
Whatever the case I'm sure these tidal pike will continue to prove a challenge and test our patience to the full. 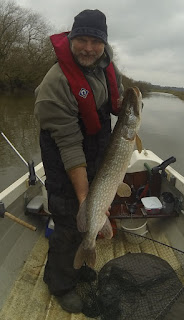 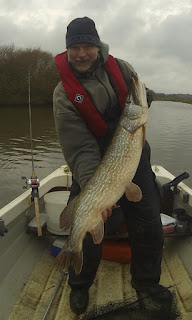 A 'twenty' -my first for three years. 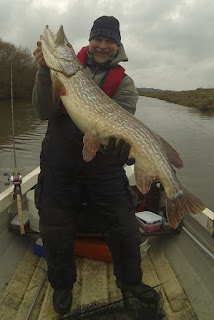 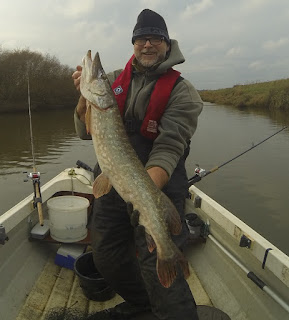 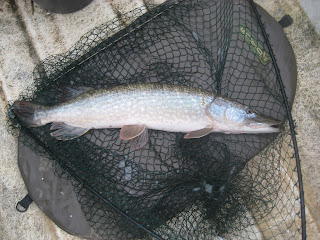 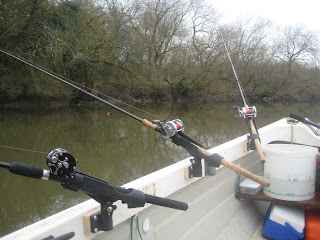 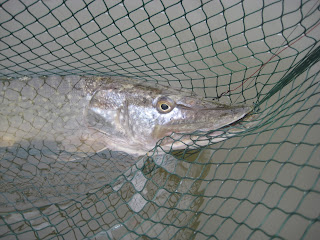 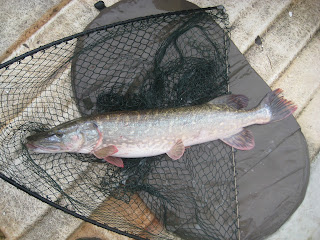 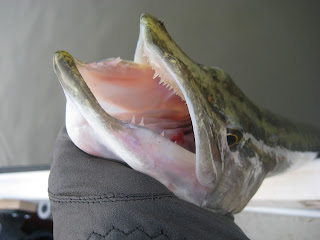