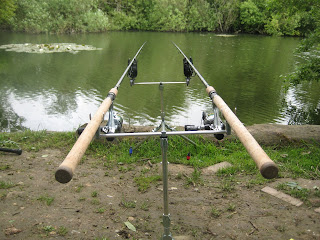 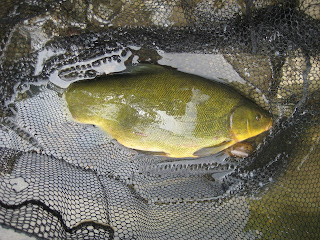 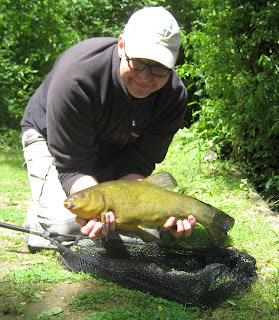 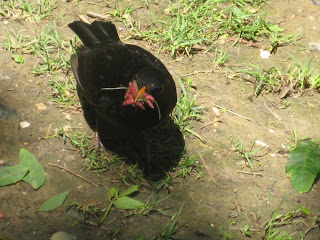 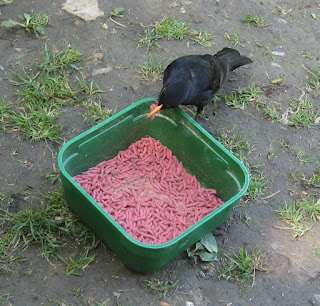 The boat has been sitting idle on its mooring now for nearly two weeks whilst I wait for an opportunity  to get out. Strong winds have been the cause and yesterday it was literally 'blowin' a hoolie' out back.When it has been calm enough ,I've been working....'C'est la vie'.
One has to be very philosophical when it comes to running a small fishing boat. Although our changeable weather can be frustrating, there is simply nothing we can do about it so, my attitude is 'get over it and get out fishing'.....for something else.
I took Jan, Neil and Mick tench fishing to the pits a few evenings back and rather disappointingly, we blanked. Now I don't really mind blanking when i'm out on my own, but it was a shame, on this occasion, that I couldn't introduce them to the fighting qualities of this feisty fish.
This afternoon, I decided to return for a few hours in the middle of the day. Not my favourite tench time but, it was cloudy and overcast so light levels were low.
I chose, probably for the last time this season, to fish my favourite corner swim. Pastures new are beckoning as there is more to learn about this venue so future trips will be to 'new' swims on 'new' pits.
Whilst the sky remained cloudy, three tench took a fancy to my maggot baits one of which, yet again, snapped my hook length. The takes on the bolt rigs are so fierce that I do need to consider an alternative set up for my reels when using this method especially as my main line is braid which, having zero stretch, is completely unforgiving, but necessary when bullying these tench out of the lily pads which they love to dive into.
I tend to slacken the drags right off but the rods still try to leap into the water when the tench strike. An open bail would work I suppose, if I could find a way of  trapping the line but a baitrunner type reel would give much better control.
The first fish was the 'proper porker' in the net pic. The fattest tench I've ever seen at 4-07 followed by a nice 5-02 from the same near bank lily pad.
Once the sun emerged from behind the clouds the feeding seemed to abate however, entertainment was provided by this plucky little blackbird who continually thieved my maggots during the remainder of the session-obviously feeding her brood.