The river is back in shape now following a period of unsettled weather and heavy flooding evident by the huge amounts of debris scattered high up on the flood defence.Interestingly, Dave and me met up today with 'Paul' an RSPB worker from the reserve who suddenly appeared over the flood bank startling us both. Our surprise visitor reported some fishy presence in the ditches that litter the flood plain which are unfortunately out of bounds fishing wise. Roach, tench and big carp apparently live in these tiny waterways undoubtedly , and unsuspectingly arriving there in times of flood, and subsequently returned to the main river when 'ditching' is carried out.
Today's fishing was singularly unspectacular with a tiny pike each,  falling to trout and rudd baits. My own miniscule fish was barely bigger than the bait that it decided to try and eat, but it was nevertheless, a fine day to be out, despite the lack of action. 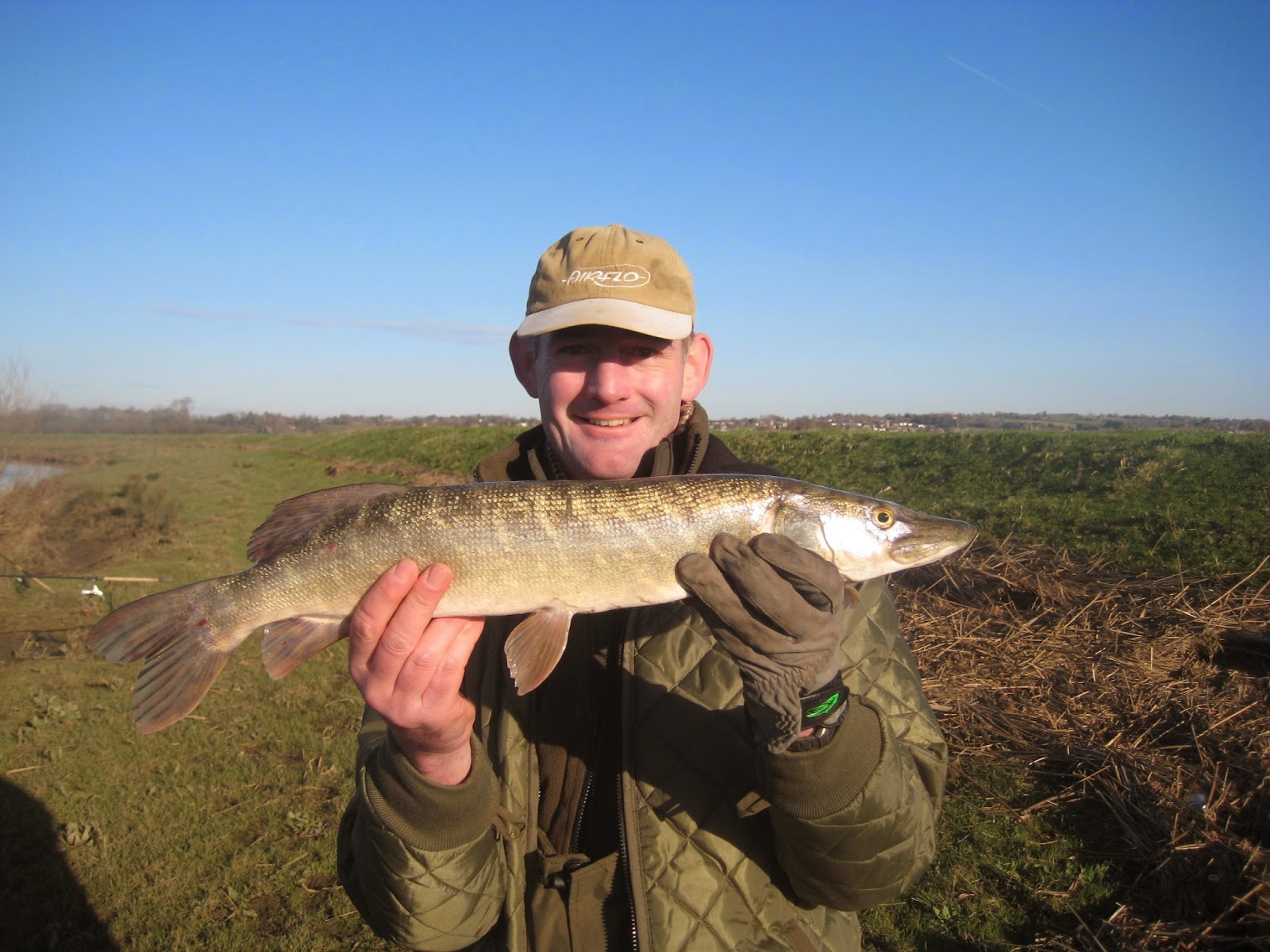 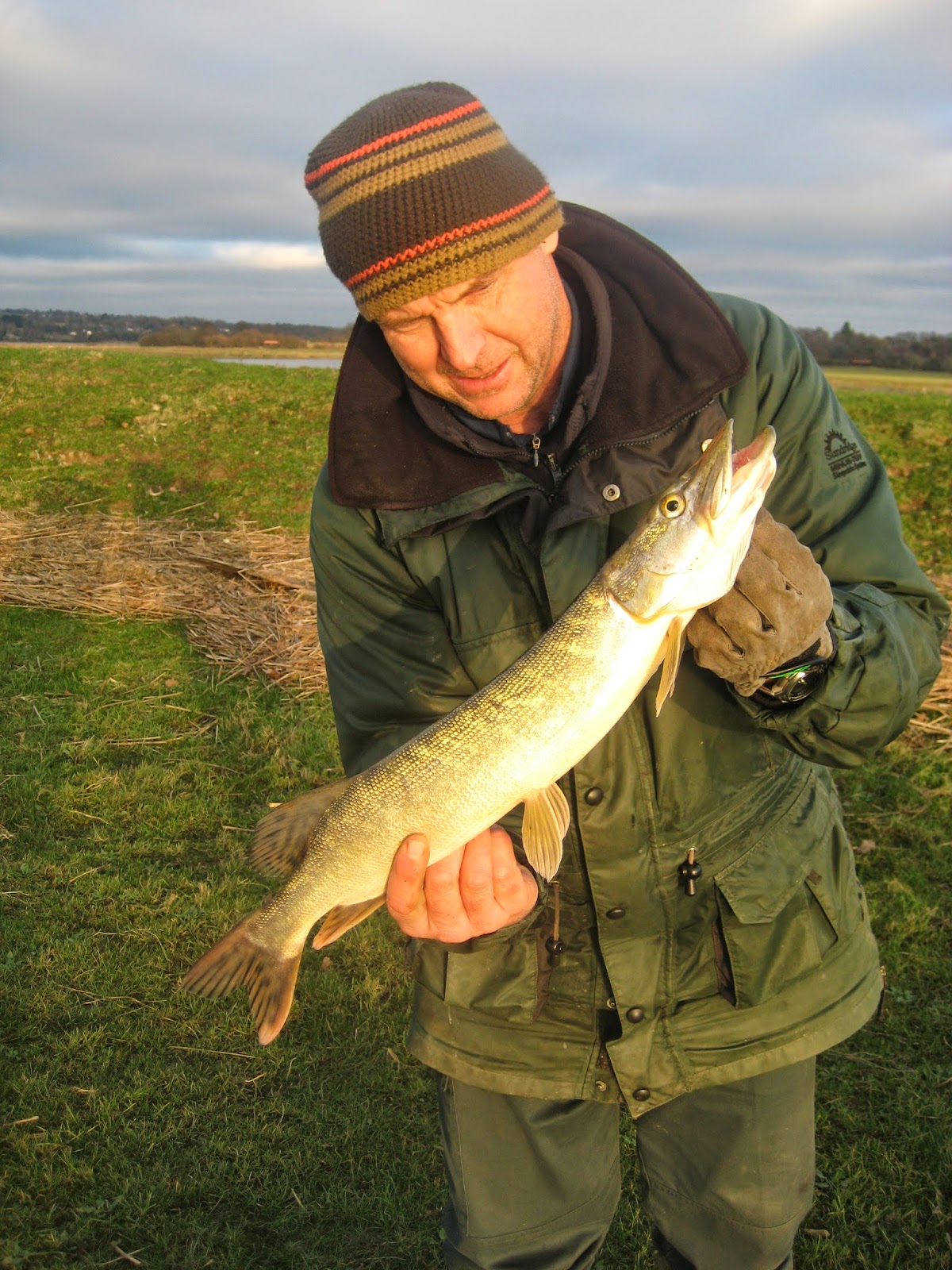 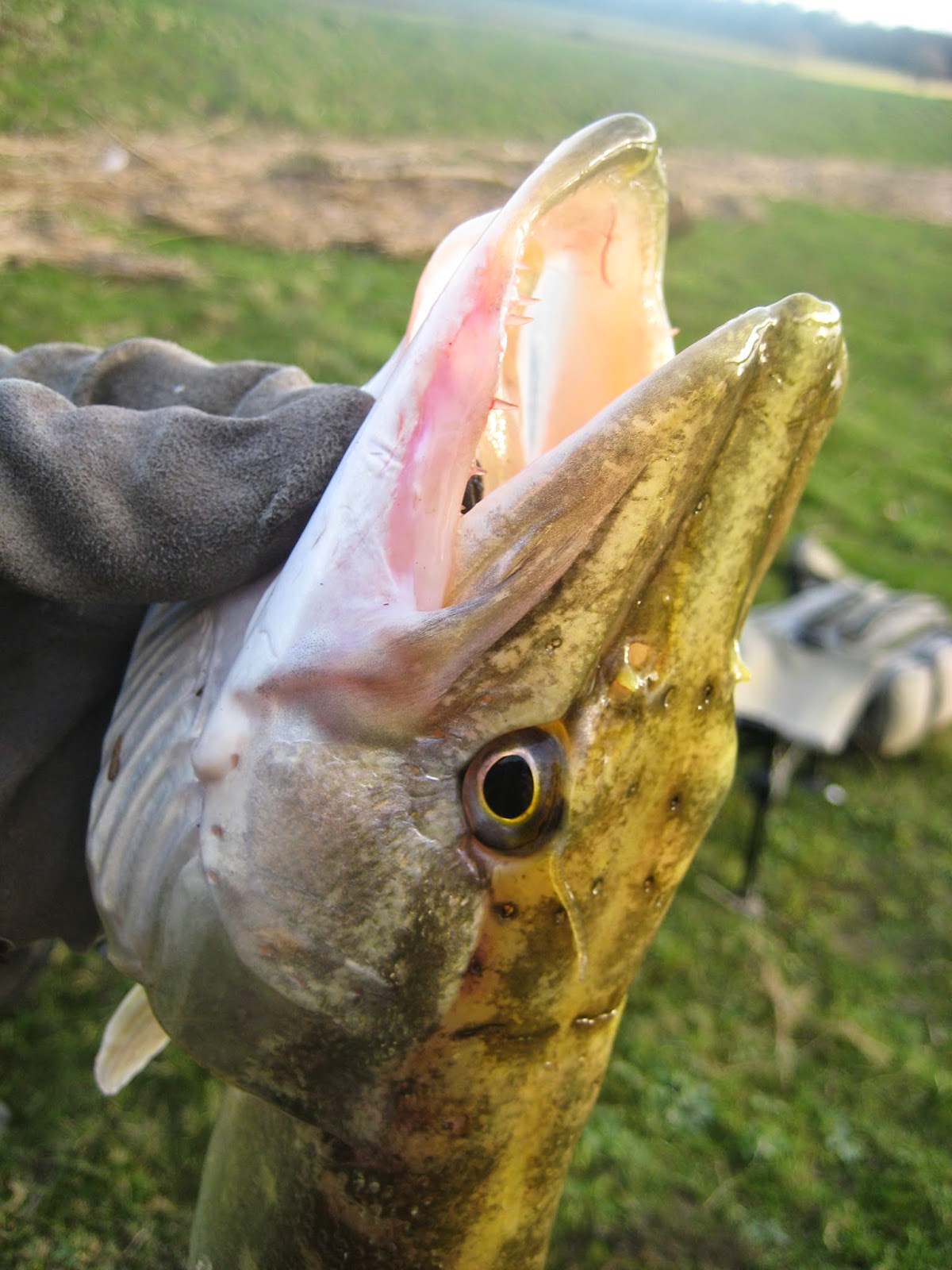 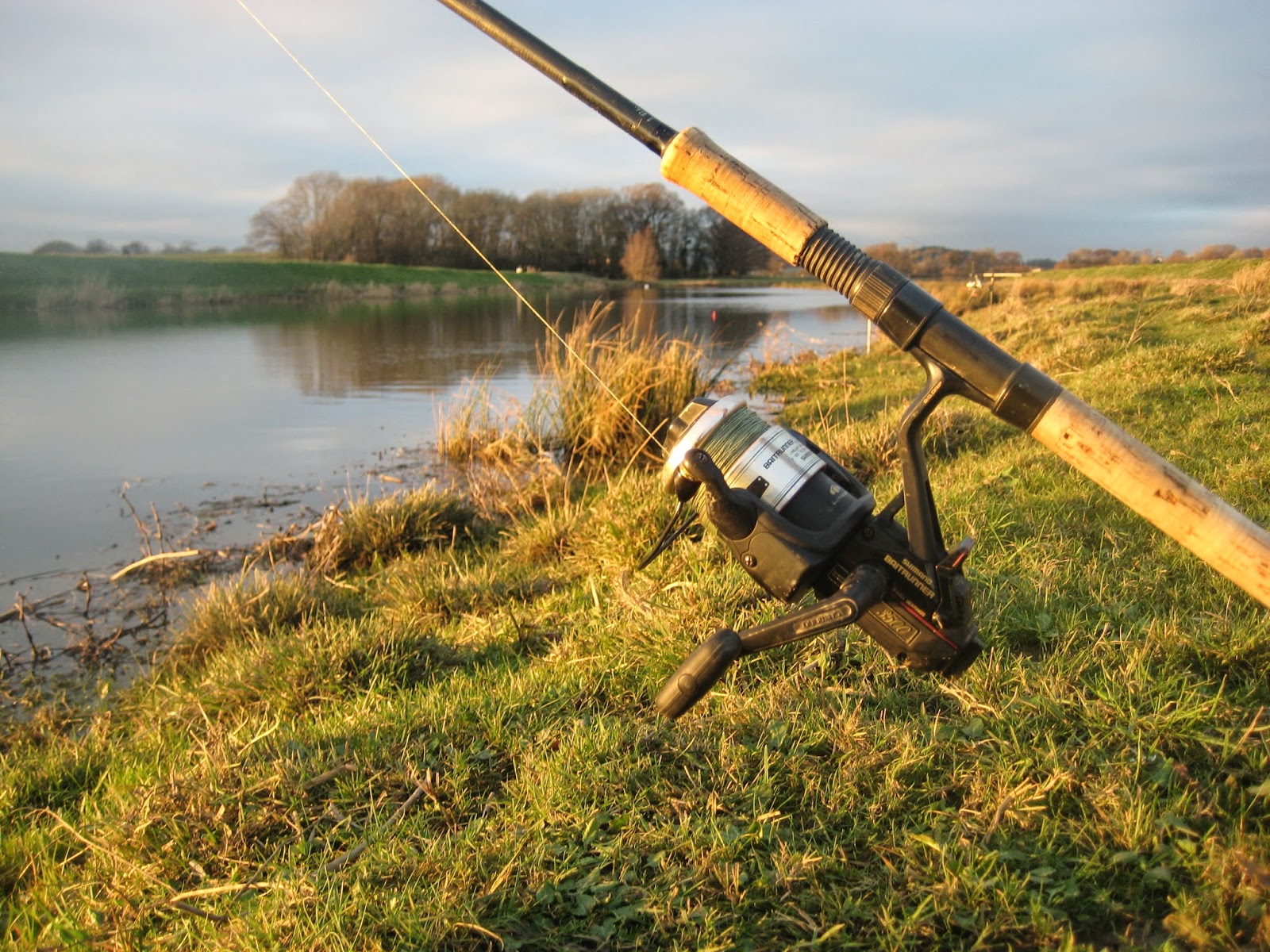