Finally a window in the weather, and an opportunity to get out in the boat. It wasn't actually that comfortable on the way out despite quite light winds and I had to keep the speed down to 10kts. There was still a bit of swell coming from the S.E sector and for some reason this bumps up the sea.
First port of call was #31 and arriving at 0730,I had the luxury of having the place to myself. First drop with a stinger on the drift, and up comes a small bass 2-3lb almost exactly co-coinciding with a huge bait fish shoal showing on the sounder. In fact, I felt several taps on the lure prior to the bite proper so there were obviously plenty of fish about.
Unfortunately my peace was soon shattered when it seemed as if the whole world and his brother turned up. I quickly decided on a move elsewhere but not before I'd landed  another better bass 4-5lb on the same drift, attempting to conceal it's capture by landing it on the 'blind side' of the boat. Perhaps the arrival of the crowd had moved the fish away because it did go quiet after that.
Seeking a bit of solitude, I headed for the bass drift at the top of the leg and quickly lost a good fish on the first run, but successfully scored in the same area on a subsequent pass with-another good sized bass.
Apart from a pout which took a shine to my lure things went a bit quiet but at least I'd found a few bass so was pleased especially as the tide wasn't that favourable. Most of the boats that had turned up on #31 were anchored up and getting bream among other bits and pieces. I decided to motor over to #13 and anchor up on the east side of what looks like a depression on the chart. This time round I chose to use the bruce, as the grapnel had slipped on my last visit here.
Thankfully the mark, and general area was deserted boat wise and, fishing the remainder of the ebb, it was a 'dogfishfest' from the 'off', with a take on every drop although I did get a welcome change in the shape of this little gurnard.To be honest, I'm still at the stage in my boat angling career when I still enjoy catching anything, particularly if the rod tips are continuously rattlin' which , at the moment, they still are, so 'doggies' are more than welcome. It's time I learnt to skin one for tea!
At LW slack I upped anchor  and headed back to #31 for another go with shads and stingers, but was unable to find any more bass.
By now the wind had dropped a little and , despite now blowing against tide, the bumps had settled making life aboard a little more civilised. Once the tide began running again, It was time to return to #13 and this time. with the current in the opposite direction yet still anchored on exactly the same mark the species changed with a welcome run good bream, three of which were taken, and yet again, another double figure male undulate to complete a pretty good day's work. Reckon the total catch for the day was around 50 fish.
On return to the marina I had a quick chat with a neighbour Phil who'd also been out. He has a much larger boat than mine yet found the morning conditions quite uncomfortable and I must admit to gaining a little bit of extra confidence in my little boat from his remarks.
Nothing exceptional was reported on the radio, although Alan and Ray were their usual entertaining selves. Ray in particular, was on good form today. There was at least one decent cod caught somewhere so I'm still pinning my hopes on getting one on board. 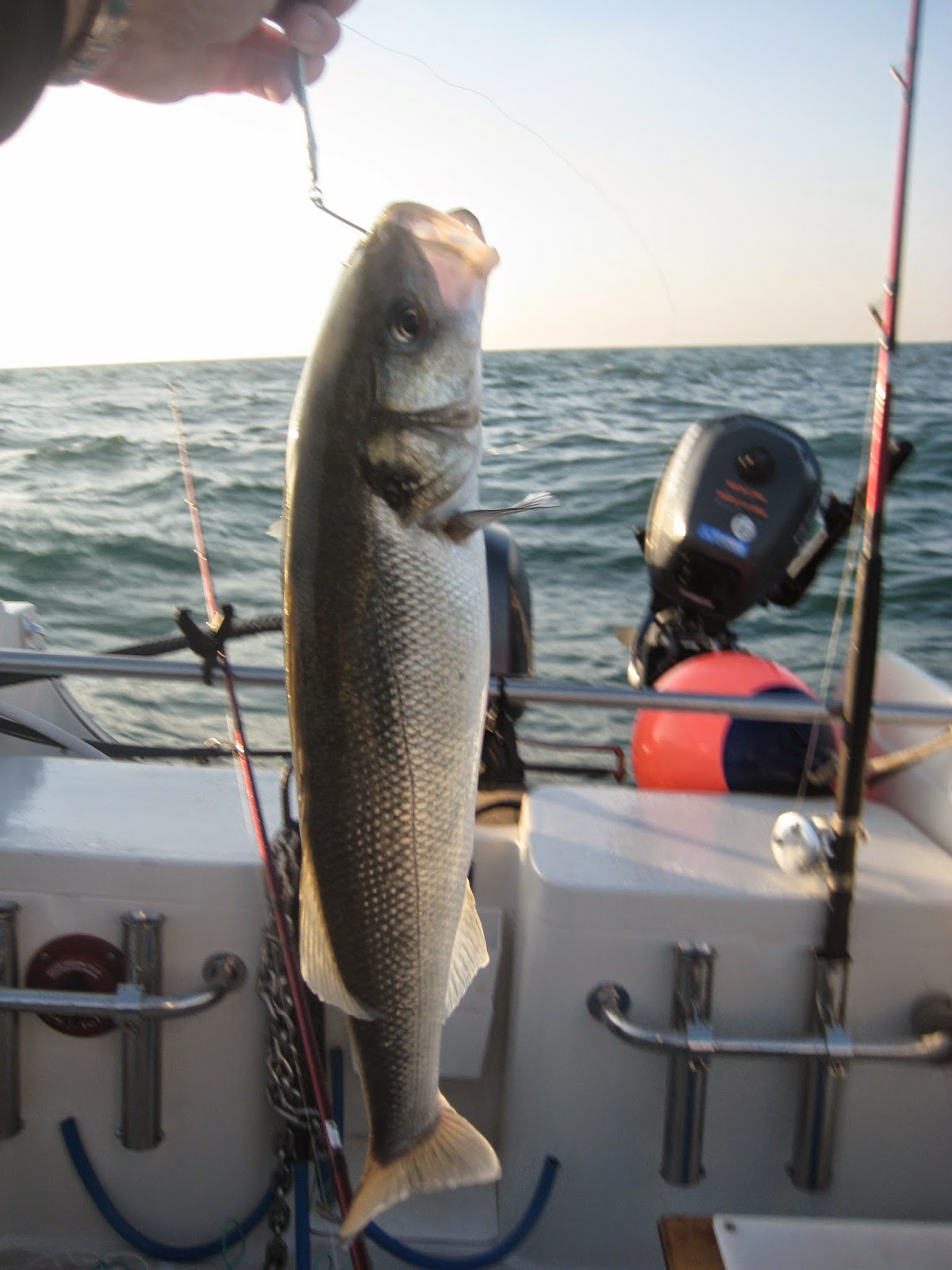 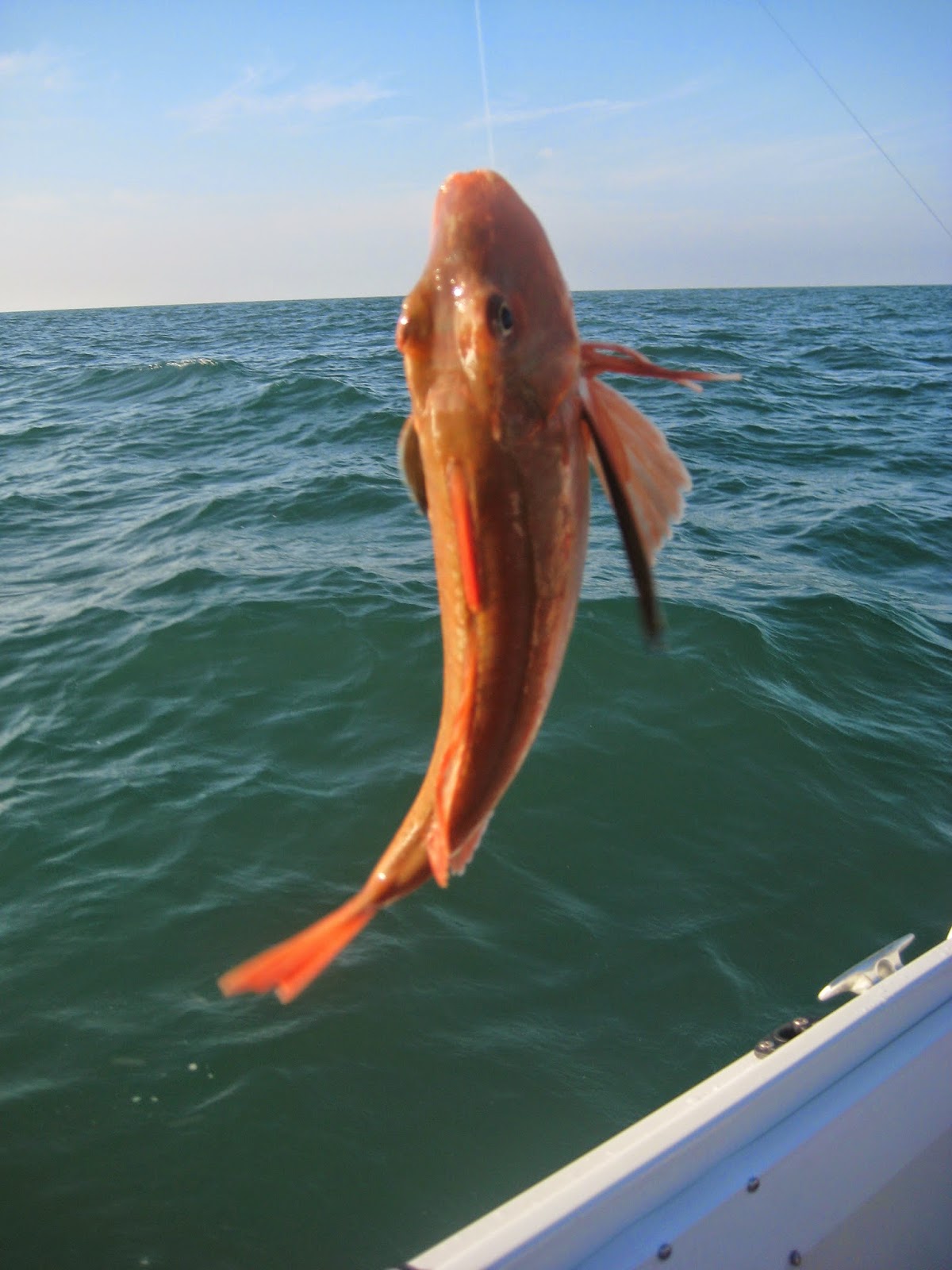 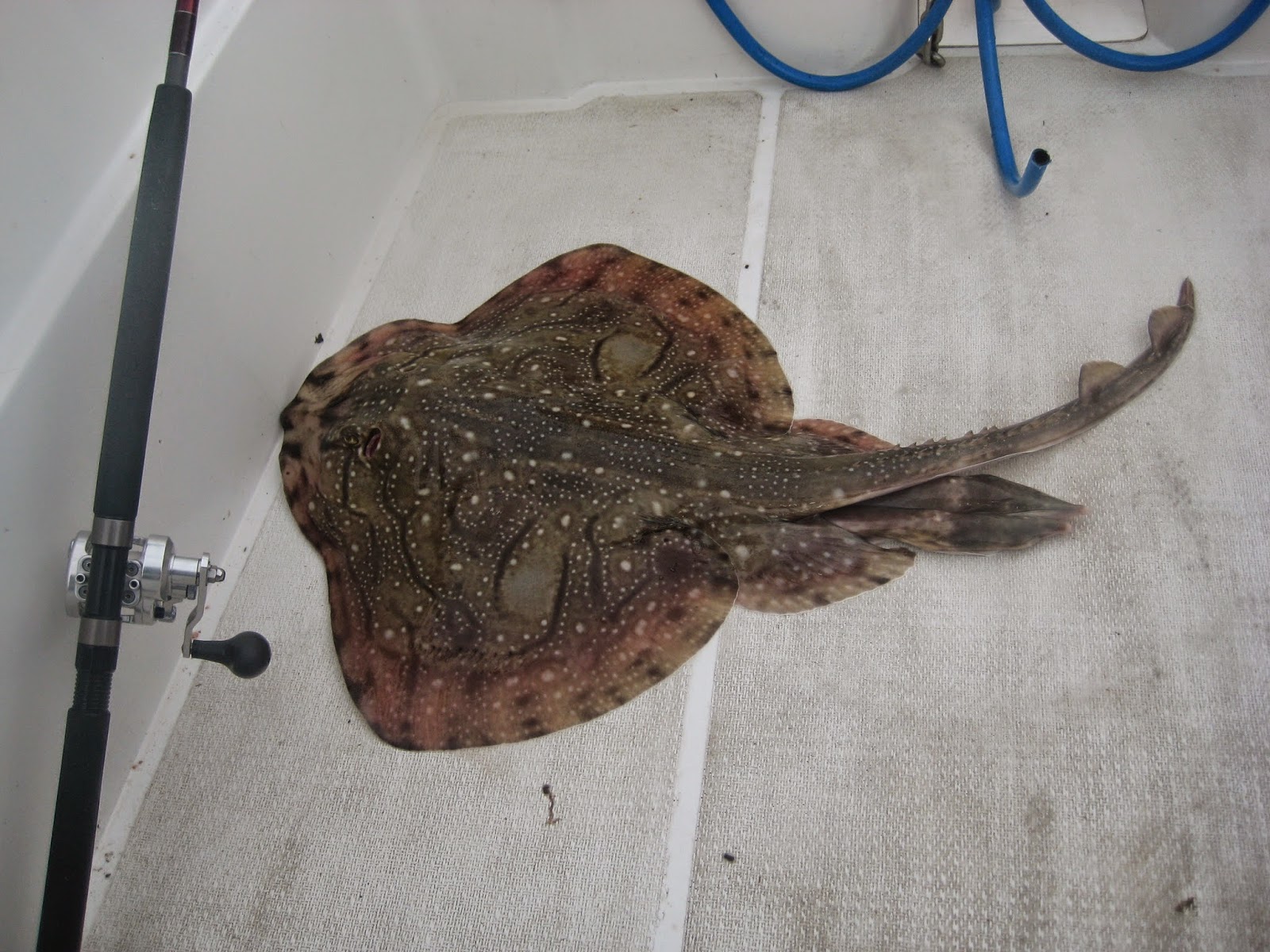