Dave and me have decided to move a bit futher afield with this year's piking campaign in the search for bigger fish and that elusive Arun thirty. It will mean a bit more walking especially on the P #1 stretch but neither of us are particularly bothered by this, and we'll be fishing in even more remote locations.
We began our session today at the 'esses' and gradually worked our way upstream to the first fence, an area I think we've  only bank fished once or twice before.Both fishing deads, It was Dave's turn for action today with a dropped fish(definitely a double) and this double which was successfully landed from the reedy bend.It was immediately recognisable by a growth under it's gill plate, and later confirmed by comparing photographs, as the same fish that both Dave and me had taken in the last week, of last season, a hundred or so yards downstream. 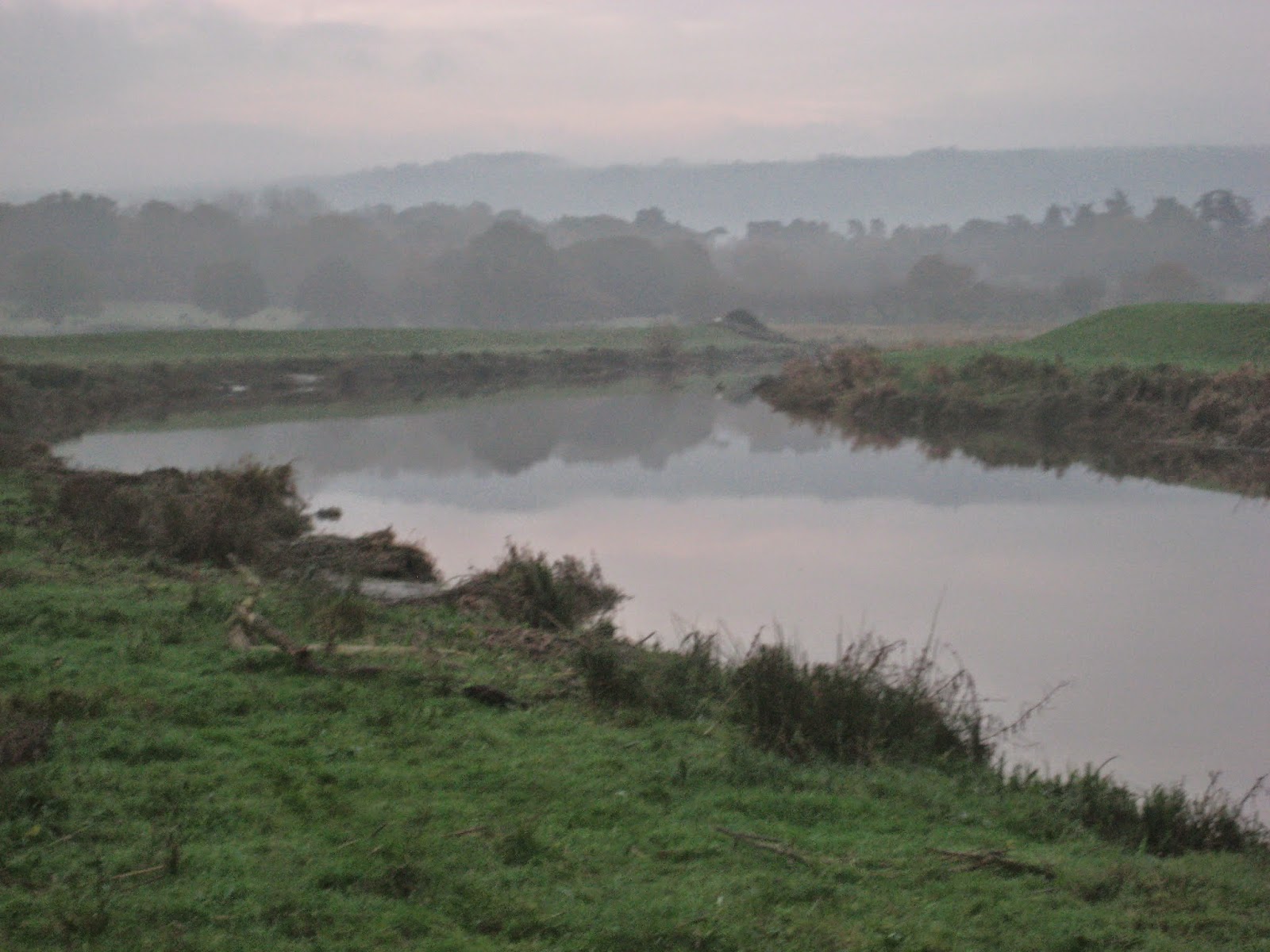 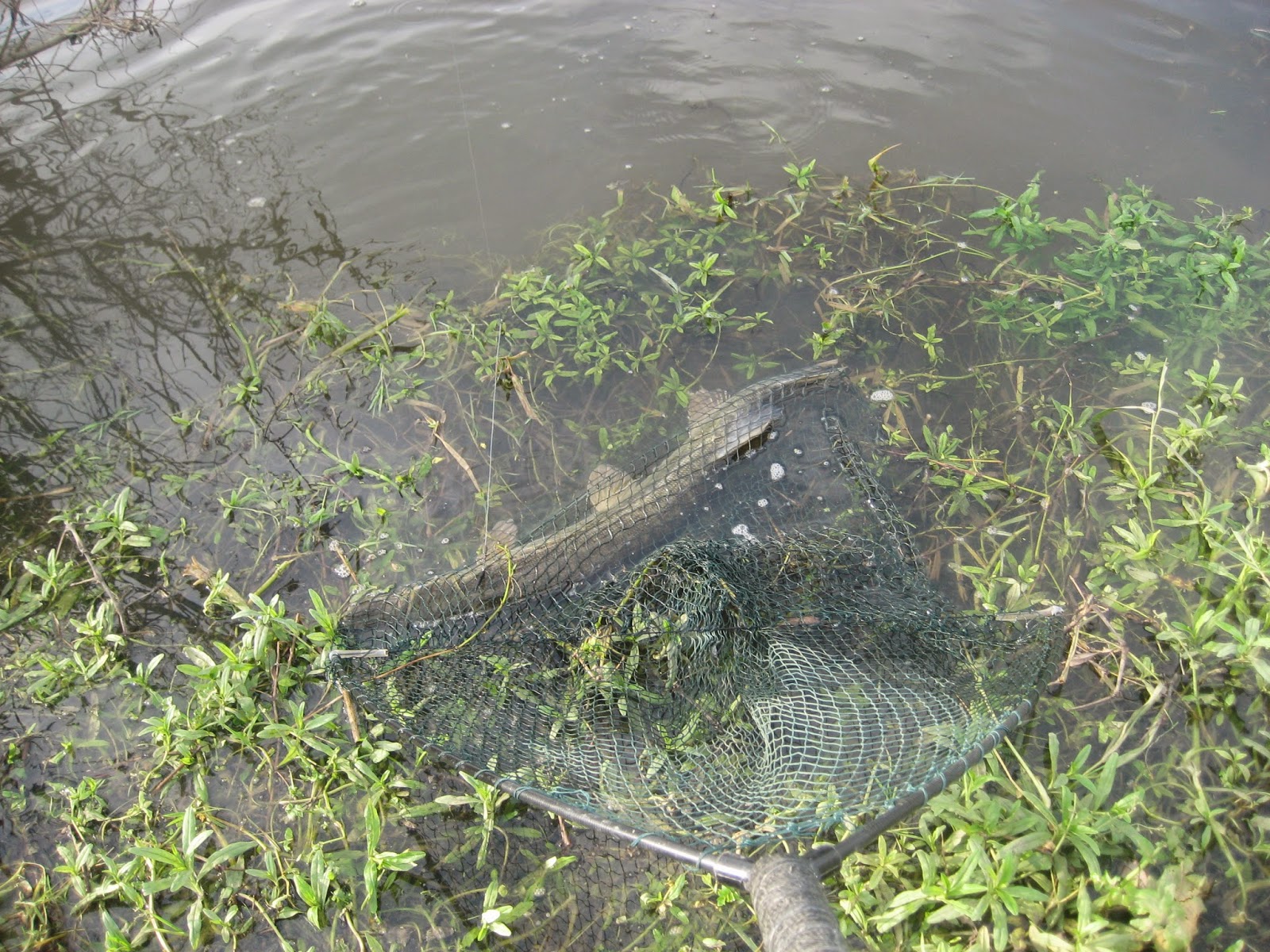 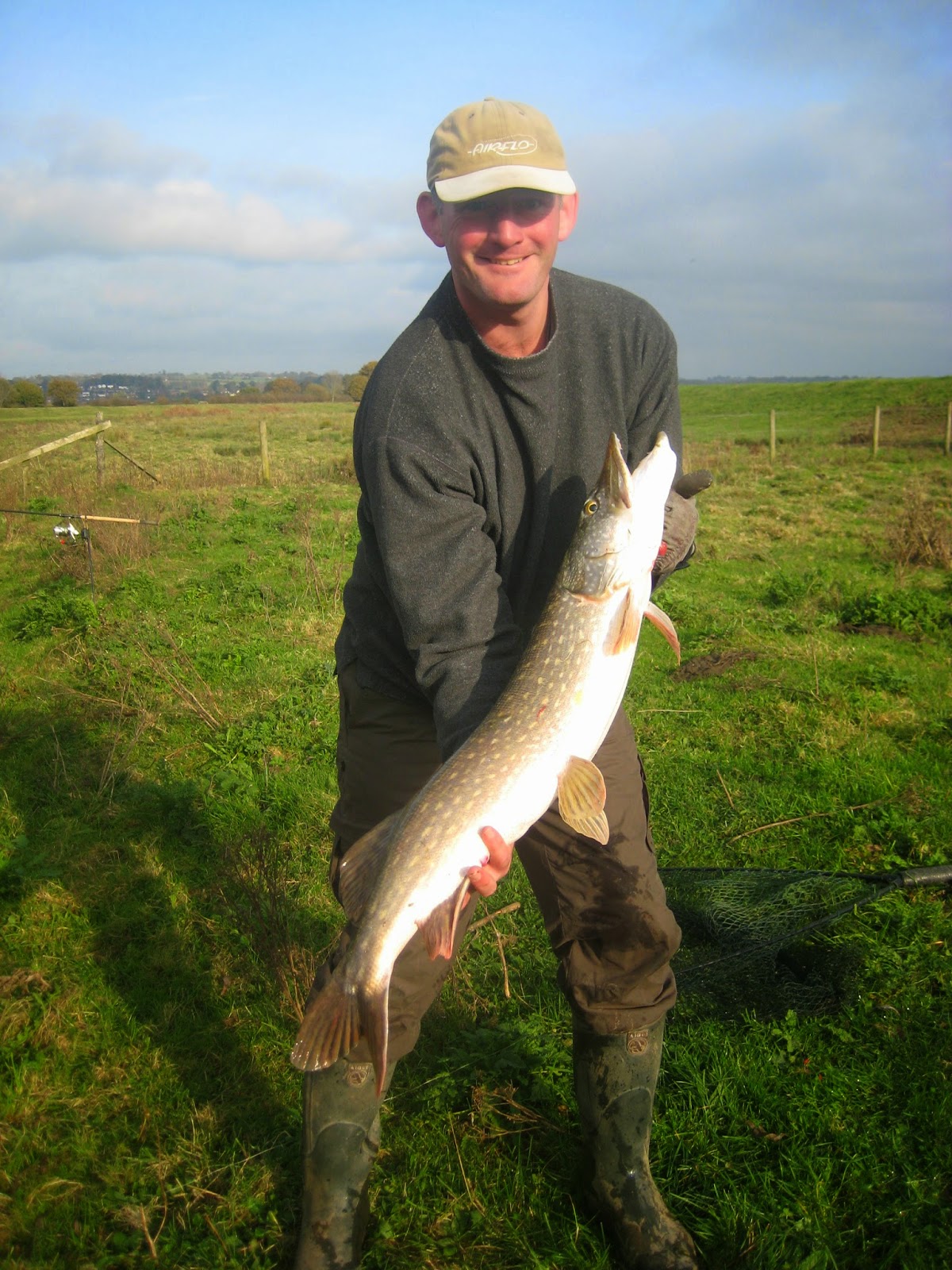 This is actually the third confirmed recapture that we know of although I'm conviced there have been others.Arun fish are generally pale and therefore quite difficult to compare markings in photographs but, we know that my first ever twenty, caught on New year's day 2008 was caught again from quite nearby,and photographed by a different angler in March of the same year.And of course my two biggest ever pike are, rather disappointingly, actually the same fish caught two years apart.
I think it's dangerous to conclude that pike remain within the same area of the river all of the time and it's far more likely that they move about, perhaps revisiting certain spots at random times dependant on food source.It's entirely likely that they move less during extreme water temperatures or flood conditions.However, i think these recaptures may give some indication of the population level of big(double figure) pike in the river, and that perhaps there aren't as many big fish as some would imagine.
Mike Ladle estimates that ,on the Frome, there is a pike for every ten yards of river bank.Obviuosly this is an average figure and is simply given to represent a 'best guess' of the population density but, having fished this river with Mike I would conclude that this distance could be increased four or fivefold for the lower Arun.
Due to the unstable nature of the tidal stretches, i really don't think  ' hot spots' or holding areas, as discussed by Barrie Rickards, exist.If they did, with the amount of effort we've put in over the years,I'm certain we would have discovered them on the stretches we've fished.I suspect that smaller groups do occur occasionally, and we've proved this to be the case with double or triple consecutive captures from a single swim.

Notable features, such as last trip's 'banker' tree,are either rare, or of a transient nature and many are just exposed completely by the tide rendering them useless as a reliable spot,  or destroyed or moved by the severe nature of flooding.
The only real solution is to search the river methodically in the hope of putting a bait near a pike.If conditions are favourable then all the better, but we can't be too choosy when we fish.