I had hoped to get out in the boat and did indeed try today but within yards of the entrance, I decided that it was far too lumpy so returned once again with my tail between my legs. I'd seen Shaun(our friendly commercial 'cuttler') in the channel on the way out and he'd warned me that it was horrible out there, and  he was proved to be right. Easterly and South Easterly winds against a flooding tide don't make for a comfortable ride.
'Spirit' did get out with James Elton on board and he reported a catch of bream with a few bass and a cod thrown in but, it was the roughest he'd ever been out in. I would have been mullered.
Instead I nipped to the farm pond where the tiddlers were not exactly obliging and the perch were nowhere to be seen. Got broken again by what I think was a carp and ended up with seven rudd and a roach, some of reasonable size. 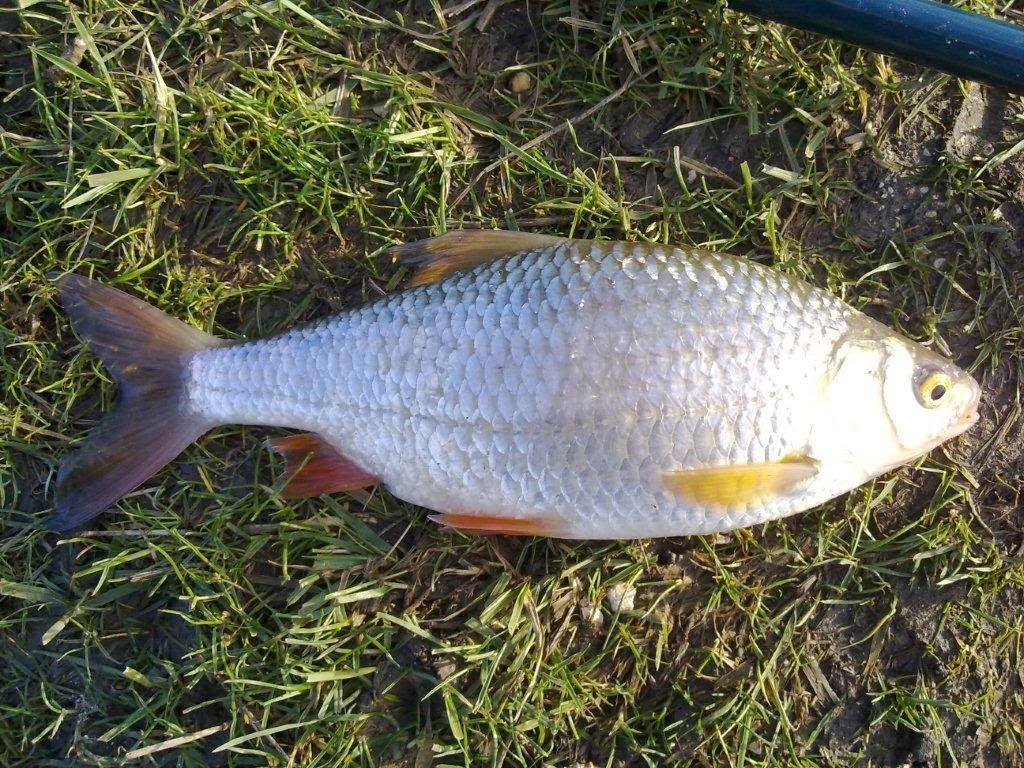