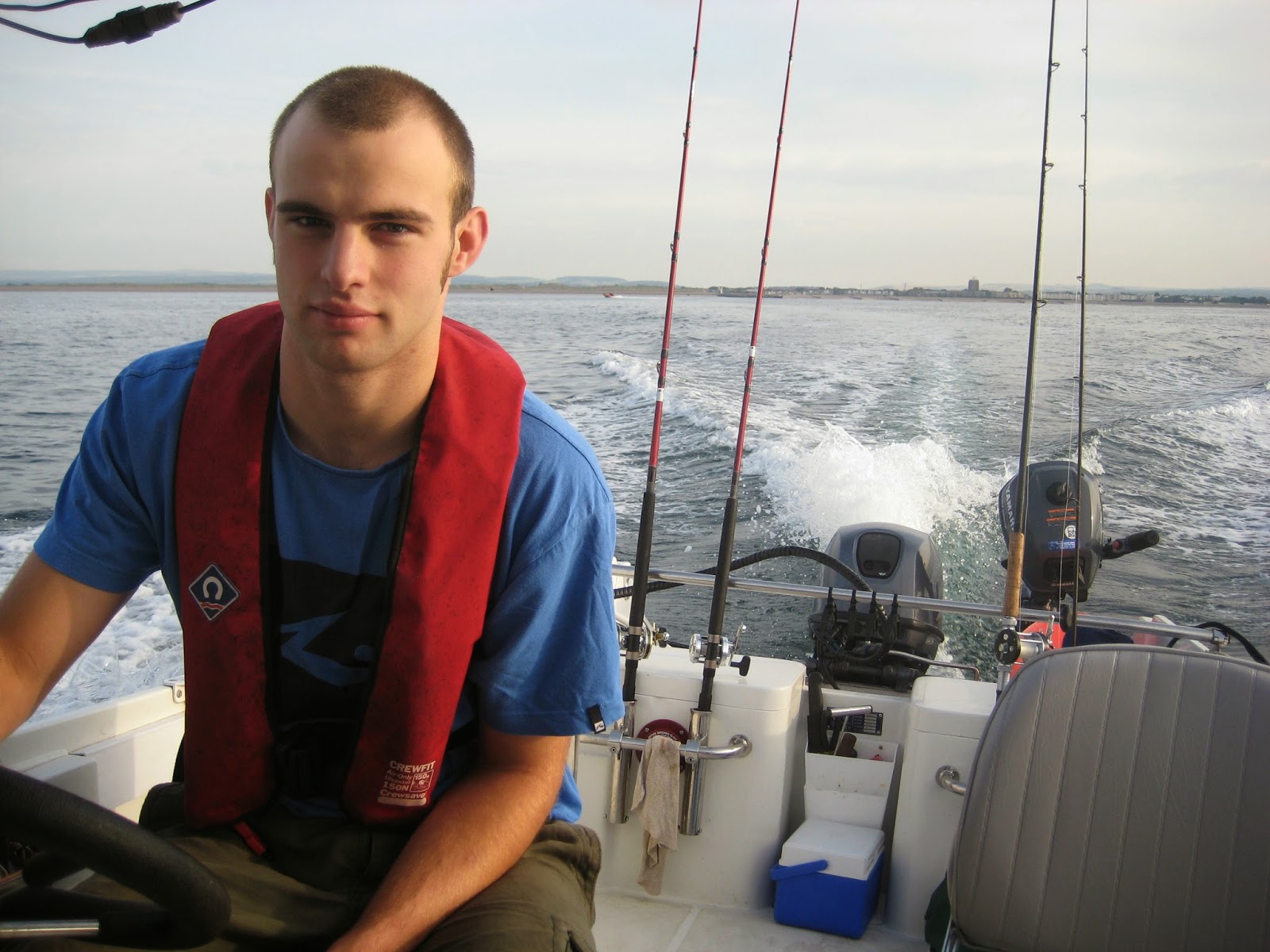 Took 'the boy' out fishing  again today and I even let him 'drive' the boat for while.
After our last trip ,Jack was keen to get out again however, with the recent fishing being decidedly 'average' I was concerned that it may not be such a success this time around......I needn't have worried.
Out the harbour at 0700 ,with a flat calm sea on the way out, the plan was to go to Black Ledge and try and get some bait which proved to be fruitless. 'Sprirt' was anchored up in the distance, south of the Half Way mark, so I called Neil up for a chat. 'One string' of mackerel was all he'd found bait wise so, having squid and cuttle plus a solitary mackerel that Jack had feathered, on board we decided to settle at Half Way.
No sooner had we dropped the pin than up came a pack tope, followed by a couple of nice undulates which seem to be the mainstay of inshore boat fishing around these parts this year. I've no complaints-they're spectacular looking fish even if they fight like a 'dustbin lid' 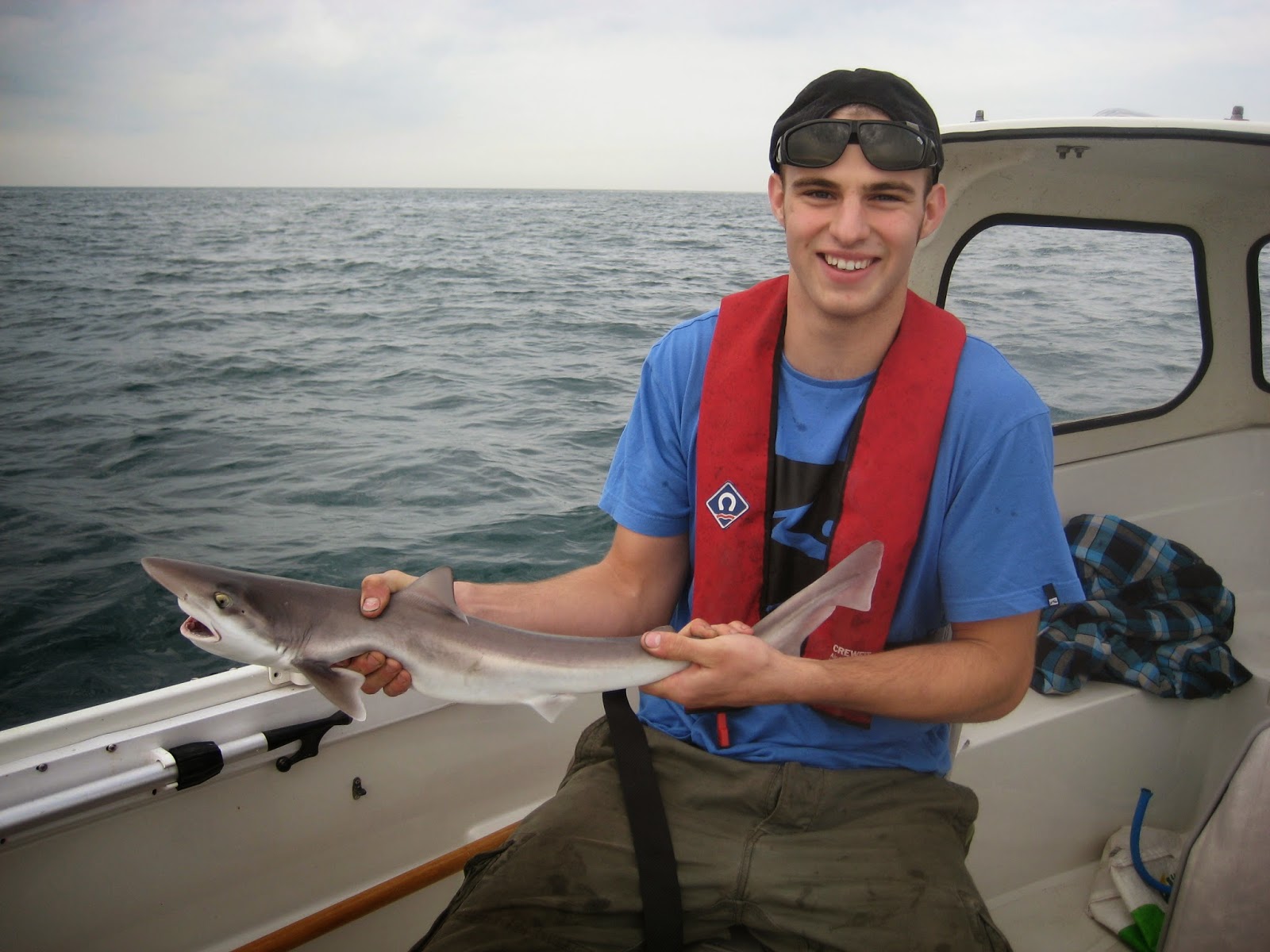 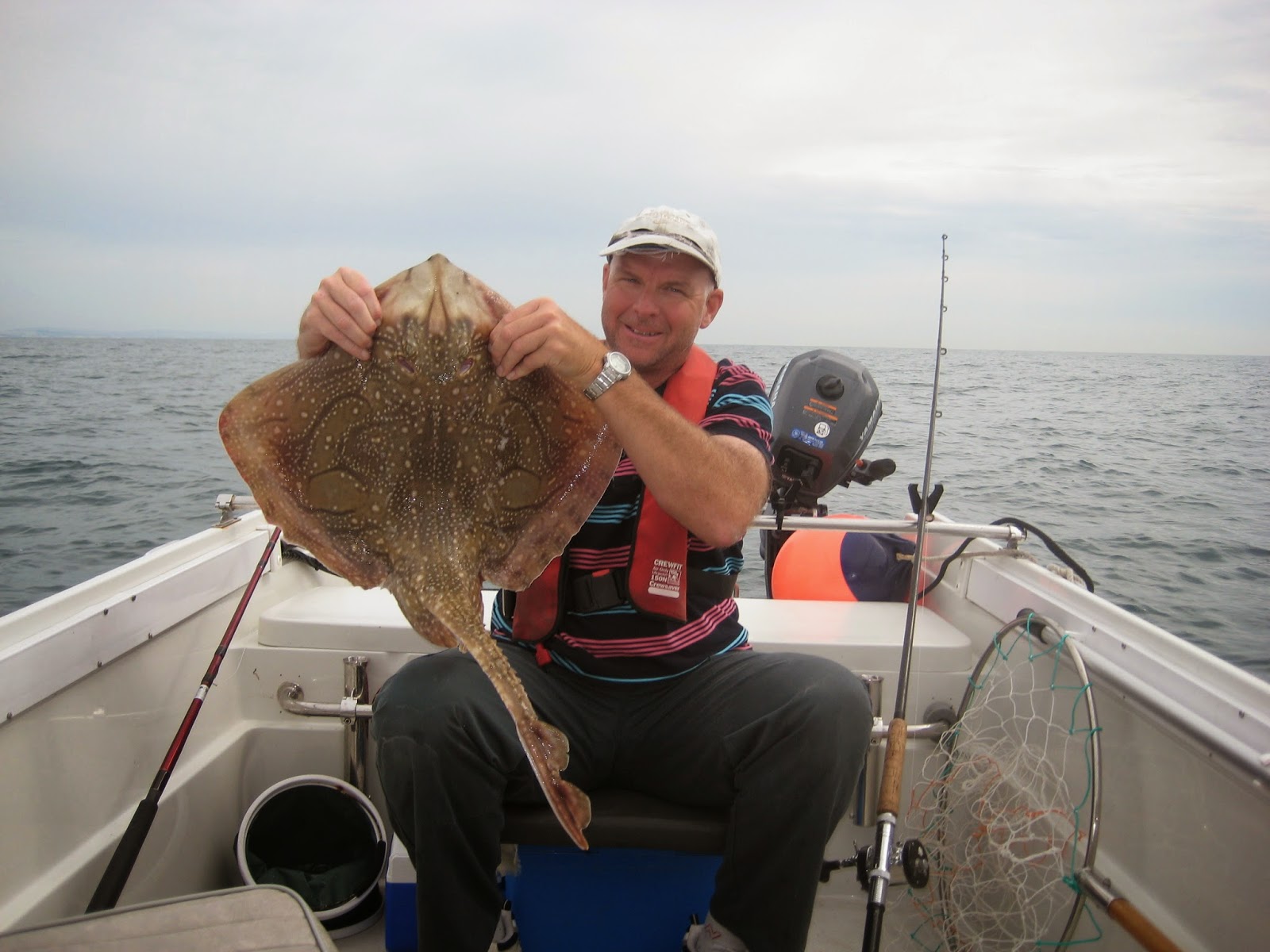 There must have also been plenty of small bream about because our 'big' baits were constantly nipped at by something too small to hook.
One problem we did have at this mark was the baits seemed to be moving back slowly towards the boat against the tide. I thought it may be undercurrents  however, eventually it dawned on us that the boat was creeping down tide and on hauling the anchor we found the reason why. The chain had tangled on one of the flukes preventing the anchor from doing it's job properly.
Things slowed down so we tried yet again for some mackerel this time heading south of the #5. Eventually our patience was rewarded when we hit upon a shoal and feathered up a dozen or so along with half a dozen scad to replenish the bait supply.
The wind was steadily increasing but we decided to anchor up on #5 to try for bass with mackerel head baits. Alex had yet again scored a few  on yesterday's ebb tide. Today we didn't have the luxury of being able to fish the ebb, but it would be worth a crack.
Jack had a delicately creeping bite which turned out to be this nice 14lb Undulate and the best fish of the day. 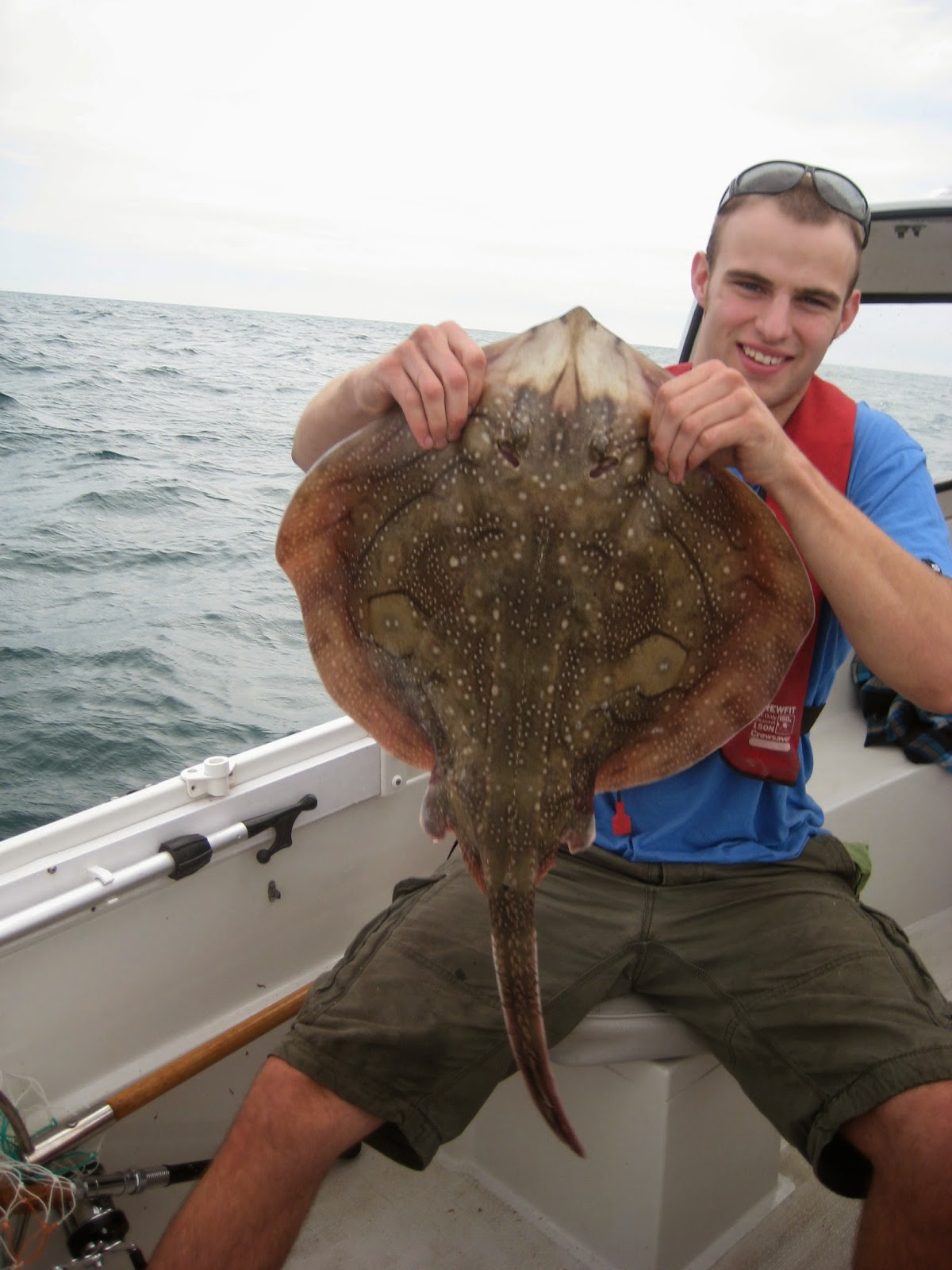 After a short move to the site of last weeks big bass, we finished at 1530 as the sea really began to chop up from steady F4 winds and ,as the tide was about to ebb, the threat of a nasty wind over tide sea at anchor-not a pleasant thought.
Exhilarating ride back in which Jack thoroughly enjoyed . Great day out and once again, the boy proved to be excellent crew.