The winds have been quite strong recently preventing any boat trips, but I have had a couple of unsuccessful bank sessions on the river.
The first, a blank bass lure trip on the east bank with Andy, the second a morning after mullet at tesco's which resulted in one bumped fish-not good.
Today's window in the weather meant I took a chance,  and headed out to #5 after bass.As far as I know I was the only boat in the marina out. Even 'Spirit' remained on it's mooring as I left the river.The run out was pretty bumpy, but the wind dropped and things settled down for a short time,though mackerel baits weren't easy to come across.
I anchored centrally on the reef and the tide was ebbing nicely-usual mackerel head on heavy outfit, fillet on light.Some snappy bites on the fillet indicated that I should change down to a small hook paternoster and soon two of the culprits emerged in the shape of small bream.
I decided that I didn't really want to catch any more of these little fellas, so switched the light rod over to circle hook and head bait as well.
Only action was this male undulate on the heavy rod and a dogfish on the light before it became lumpy. The wind had increased making things too uncomfortable,and I finished half an hour earlier than intended to make the tide.
I've not been that happy with shots of recent fish just taken on the deck.The self take photo was my first and , as can be seen,the set up needs a little tweaking, but at least the picture gives a better impression of the fishes' size. 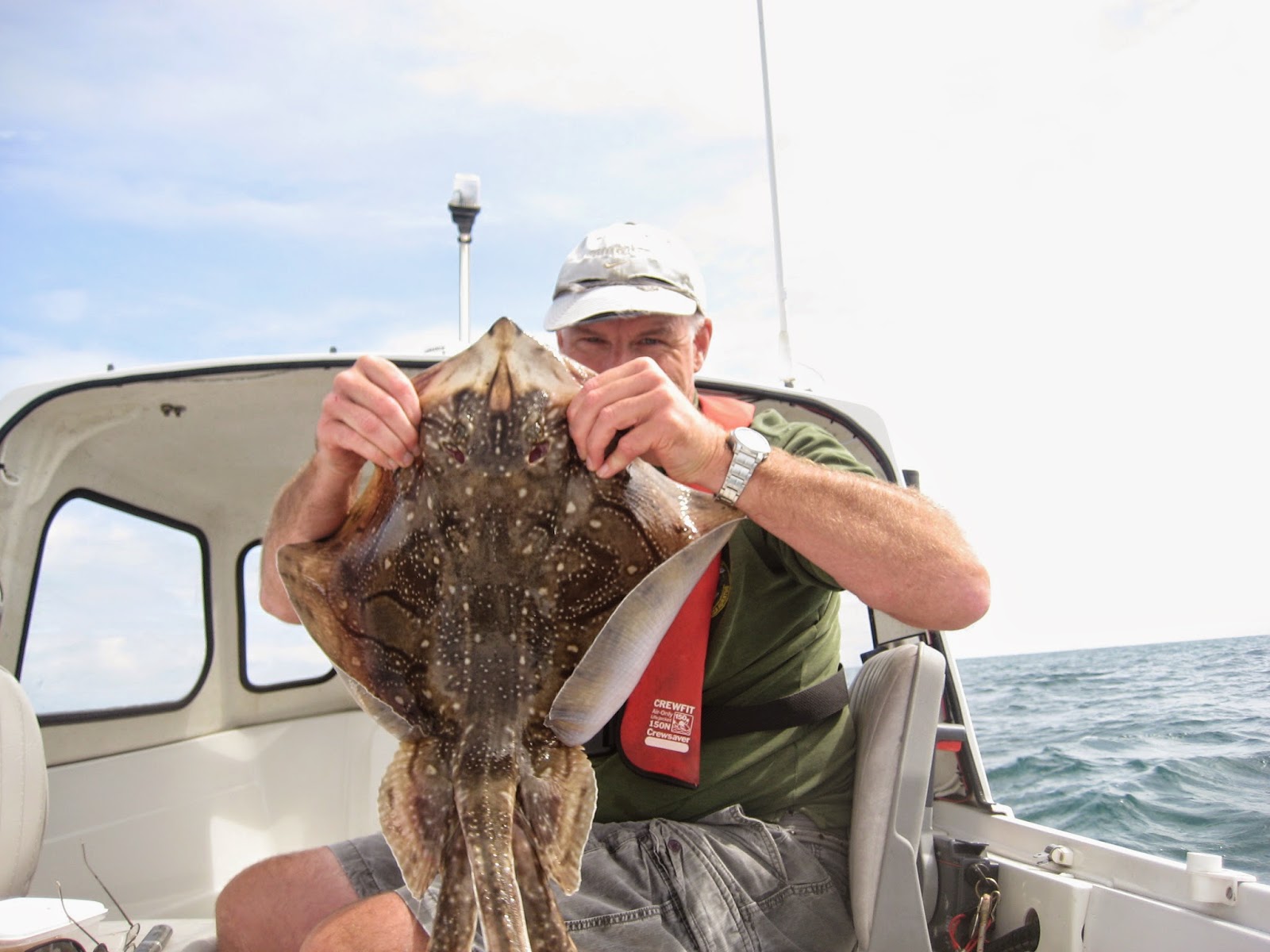