Alex  inspired me by taking a few good bass on simple mackerel fillet and head baits yesterday breaking the trend of generally lean fishing recently. I've promised him that I won't publicise the location, so it'll simply be known as #5.....which is how it's labelled on my chart at home......not that it makes much difference to me as I didn't get a sniff of a bass here, today.
It was to be a carefully orchestrated trip maximising the time I had available. Off the mooring at 1030, catch some bait, anchor up just as the ebb sets in at 1130 , fish the tide down(the optimum time) for four hours until 1530, nip in, nip home, and nip to work.
On the way out Steve, with Ann and Lauren aboard was at the slipway with his boat for its Inaugural trip out to sea. 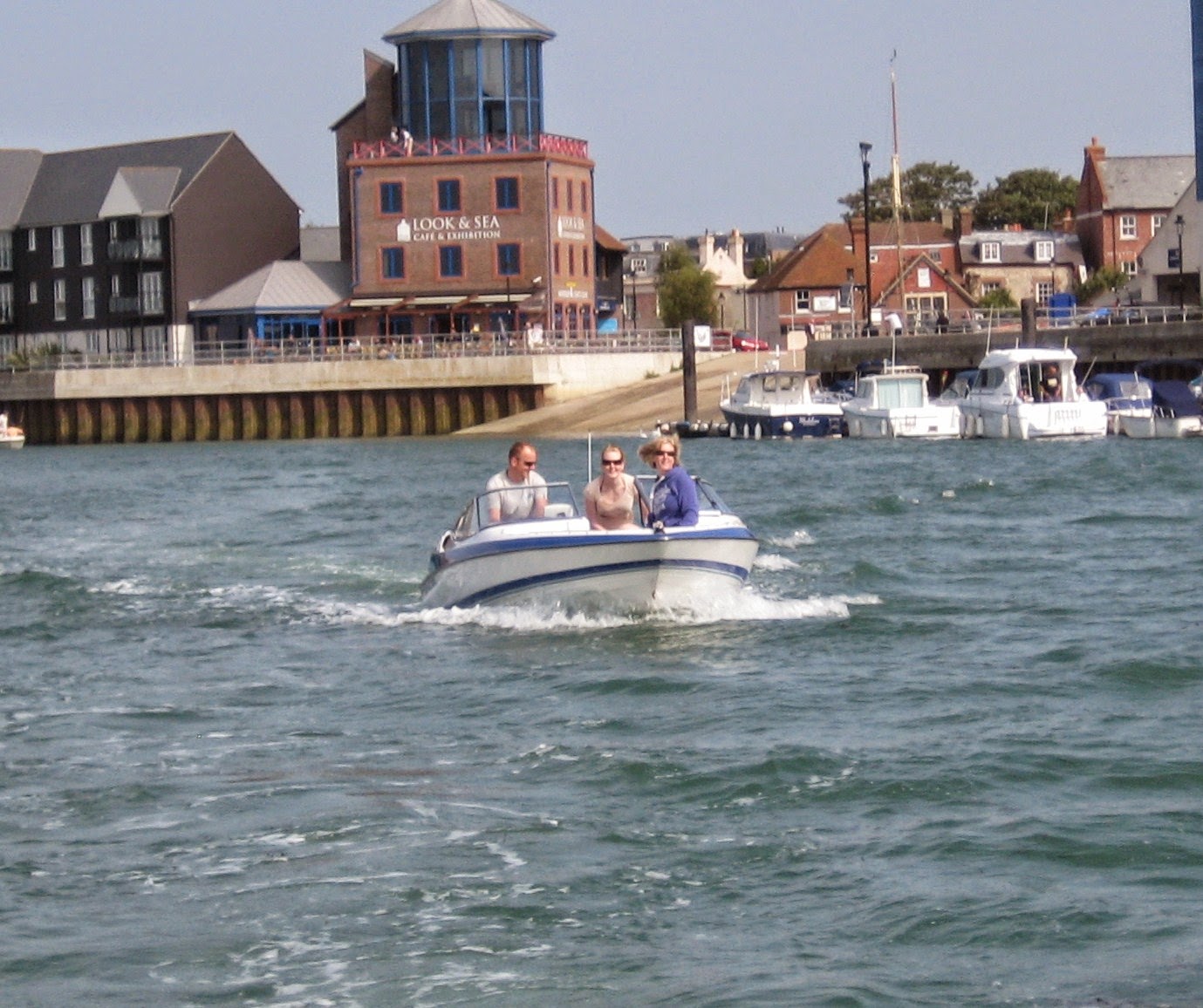 With the big tide the water in the channel was a bit 'chaotic' to say the least, so I agreed to lead him out, and meet him just west of the entrance whereupon his engine died. Not wishing to leave my mate alone I kept him company, towed him out a few times to prevent him from ending up on Clymping beach, and spent an hour or so with him until he eventually managed to fire up the engine. The cause of malfunction?....dirt in the float bowl.
I then led Steve back to the slipway and safety and returning to the open ocean eventually dropped my feathers around midday struggling to actually find any bait at all. Half an hour , and half a dozen mackerel later I was finally anchored up in the middle of the reef.
One sail away bite on the big circle resulted in an empty hook, three dogfish on both mackerel fillet and head ,pouting,and a move to the down tide edge of the reef ensued which quickly resulted in the anchor losing it's hold........Not my best session so far.
I moved back on to the reef proper with half and hours fishing time left and then the light rod baited with mackerel head on a 6/0 nodded  and up came this big undulate at 15 1/2lb to literally save the day at last knockings. 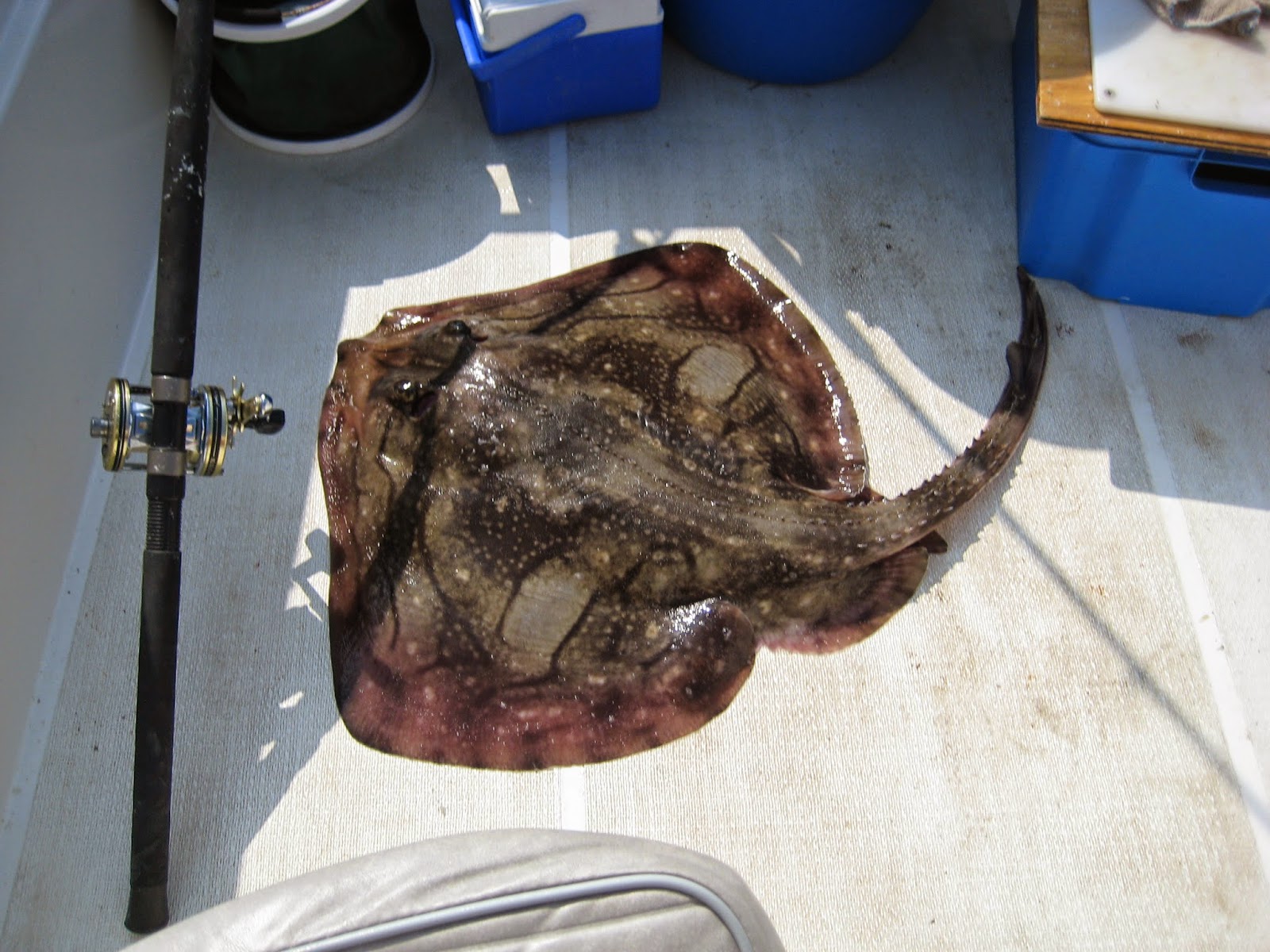 The ray, and a phone call from Andy delayed me just enough to miss the mooring so I sneaked it on to a 'full time' spot and cleared it with Darren at the marina before just making it home in time to go to 'the office'.
The bass will have to wait.