0900-1400  HW 1226
I'm trying hard to get another big tope at the moment and returned today to the half way mark for another go.Spur of the moment decision to go as the forecast for the next few days is not looking good so I thought I'd better make the most of it.
I wasted too much time trying to catch mackerel at three marks on the way out , as there were plenty at the final destination.Didn't get to fish much of the flood before the tide turned and faced me into an increasing wind making things more and more uncomfortable.
I did catch plenty of pack tope, a solitary bream which took a strip on the light rod, and a couple of flicks with the baitcaster loaded with a 40g Dexter produced a nice mackerel which I had for lunch.The small tope are voracious feeders and seem to be quite common on several marks at the moment.Quite how you can select the larger specimens is beyond me. I'm using a huge bait-half mackerel flapper, on a huge hook, and I'm still bringing up the little devils pretty much every drop.
Eventually the wind did get the better of me so I called it a day, though I probably left it a little too late as the trip home was quite rough.
Changing tack a little,the blog is now one year old-Happy Birthday Blog!!
Looking back over the year,I was surprised to learn that I'd actually fished on 116 days, roughly one-in -three and I'm not sure whether to feel guilty, or pleased.Guess I should just feel privileged.
As is the norm with fishing, particularly for 'wild' fish there have been many ups and downs.Sometimes the going has been tough-the long series of pike blanks immediately spring to mind, the torture that was the Broads trip,and the failure to get a river carp, but there have also been some distinctly 'above average' moments.The double figure surf bass last autumn, January's mid 'twenty' pike,and more recently ,the first 'proper' tope I've ever caught-definitely the highlight of my Inshore boat fishing thus far. 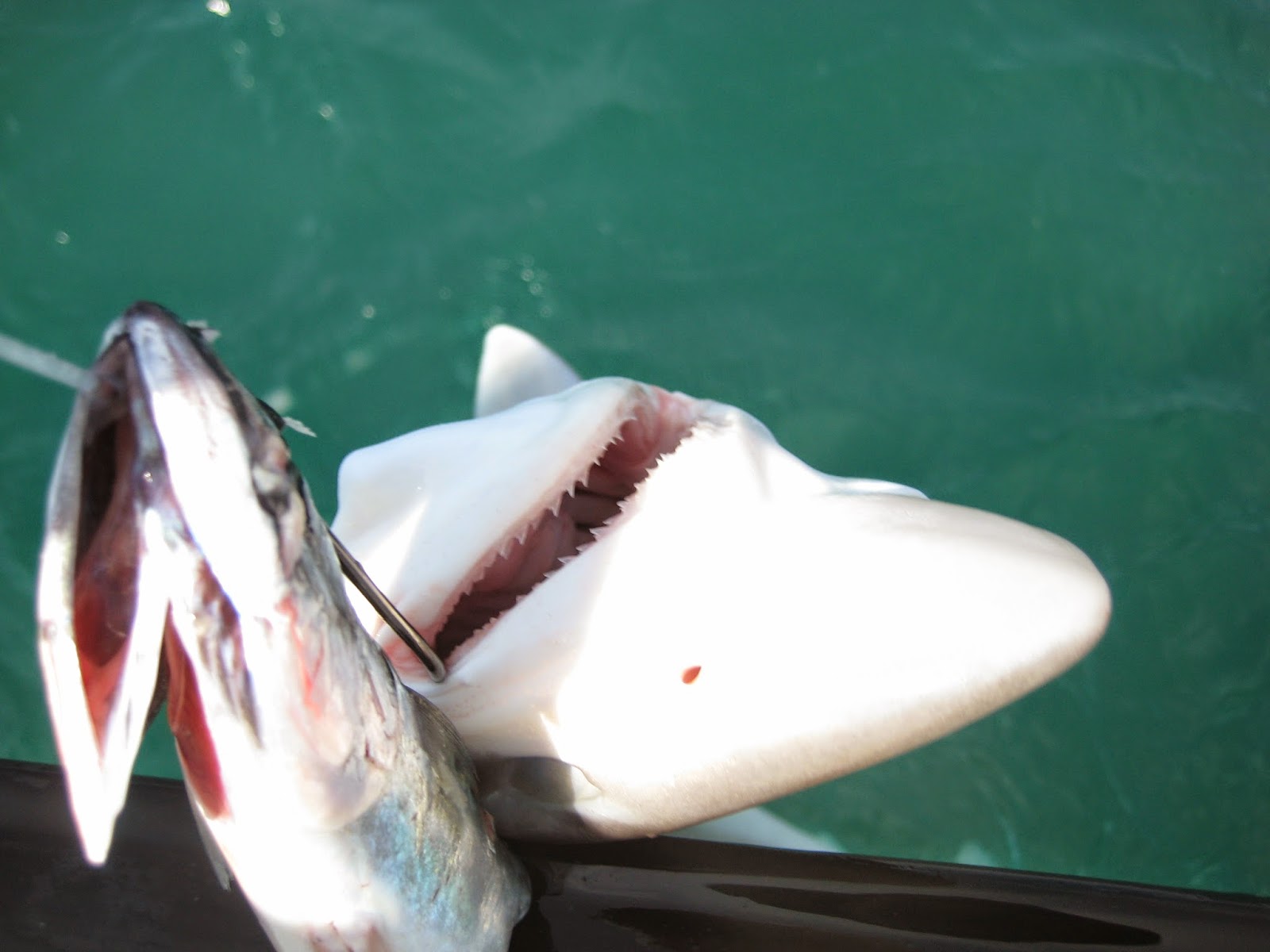