Having finished my second night shift I joined Dave mid morning at the lower end of P1 by which time he'd given the 'hot area' a good go, and worked his way upstream a hundred yards with no luck. The intention was to complete the section, finishing where we left off last week, but give the middle sluice a good try. We also had the luxury of being able to fish most of the ebb which is useful, as the flood here leaves the river in a real mess.
Half way along the lower straight Dave had a good take on the mackerel and commented that it was 'pulling back hard'. It wasn't a pike that surfaced, but a good sized eel, in fact a three and a half pounder .This eel had obviously evolved into the predatory strain having a wide head and a full set of gnashers which I would be reluctant to get near my fingers.Photographing the 'beast' did prove a little problematical, but we eventually succeeded and it's capture has sparked a bit of interest in the species for both of us, particularly as they seem to be flourishing in our tidal rivers. Apparently, nationally, they're in decline. 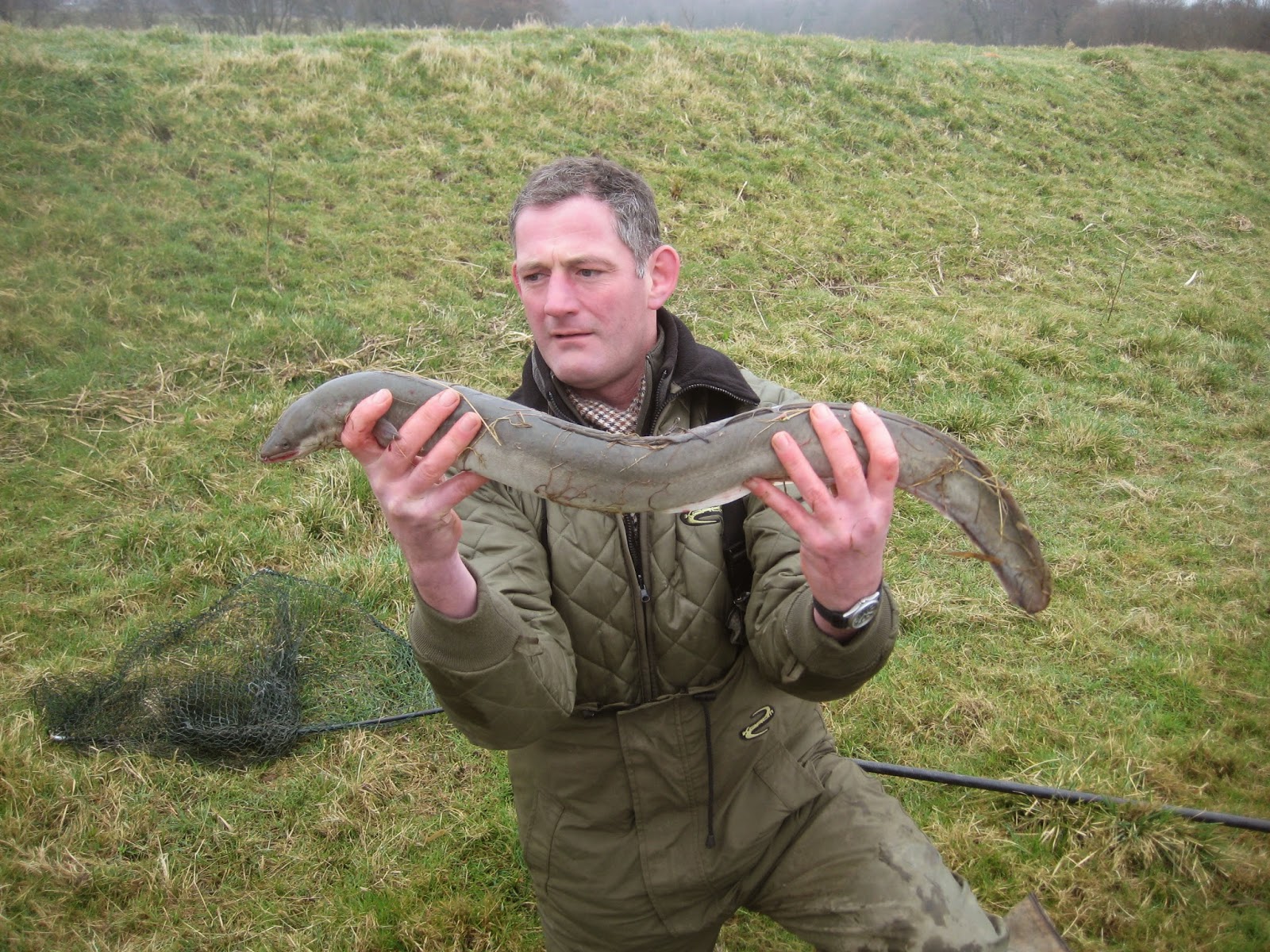 Having crossed the sluice my roach baits started to do their job and the first pike to show was a nine pounder followed shortly after by a dropped take that left the bait in the margins, whilst I was moving the second rod. 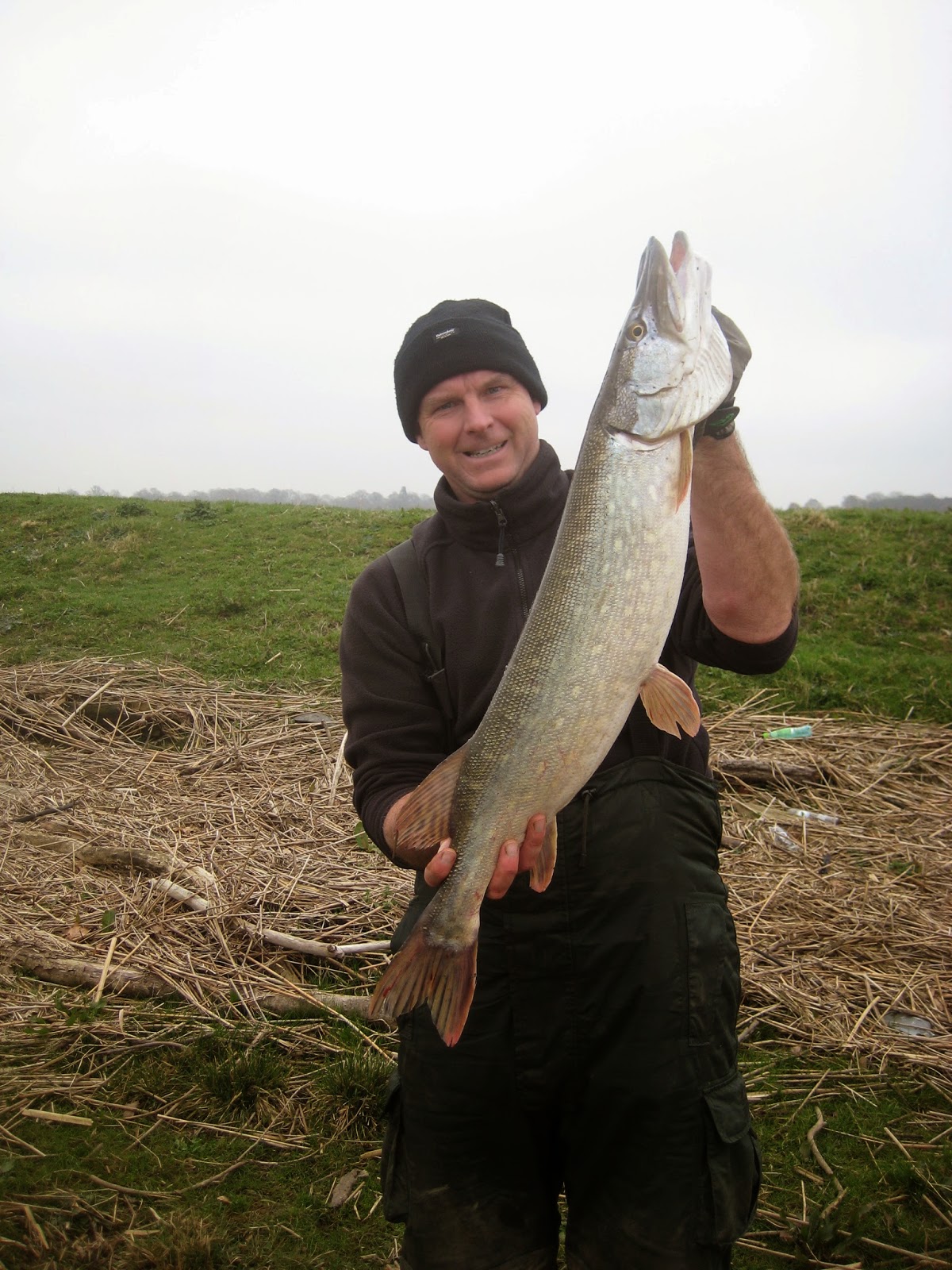 We're fishing a little more 'out' in the river this season and it appears to be paying dividends but, unless I keep a keen eye on my floats, this sort of run can remain undetected as it has no effect on the back up bite alarms. Usually it's not an issue as I'm mostly concentrating hard on the floats, willing them to disappear-unfortunately not that regular occurrence this season.
Hopping the rods upstream we finally reached the location of Dave's brace success last week and, just on slack low water, once again my roach did the trick with this beautifully marked 15-08. 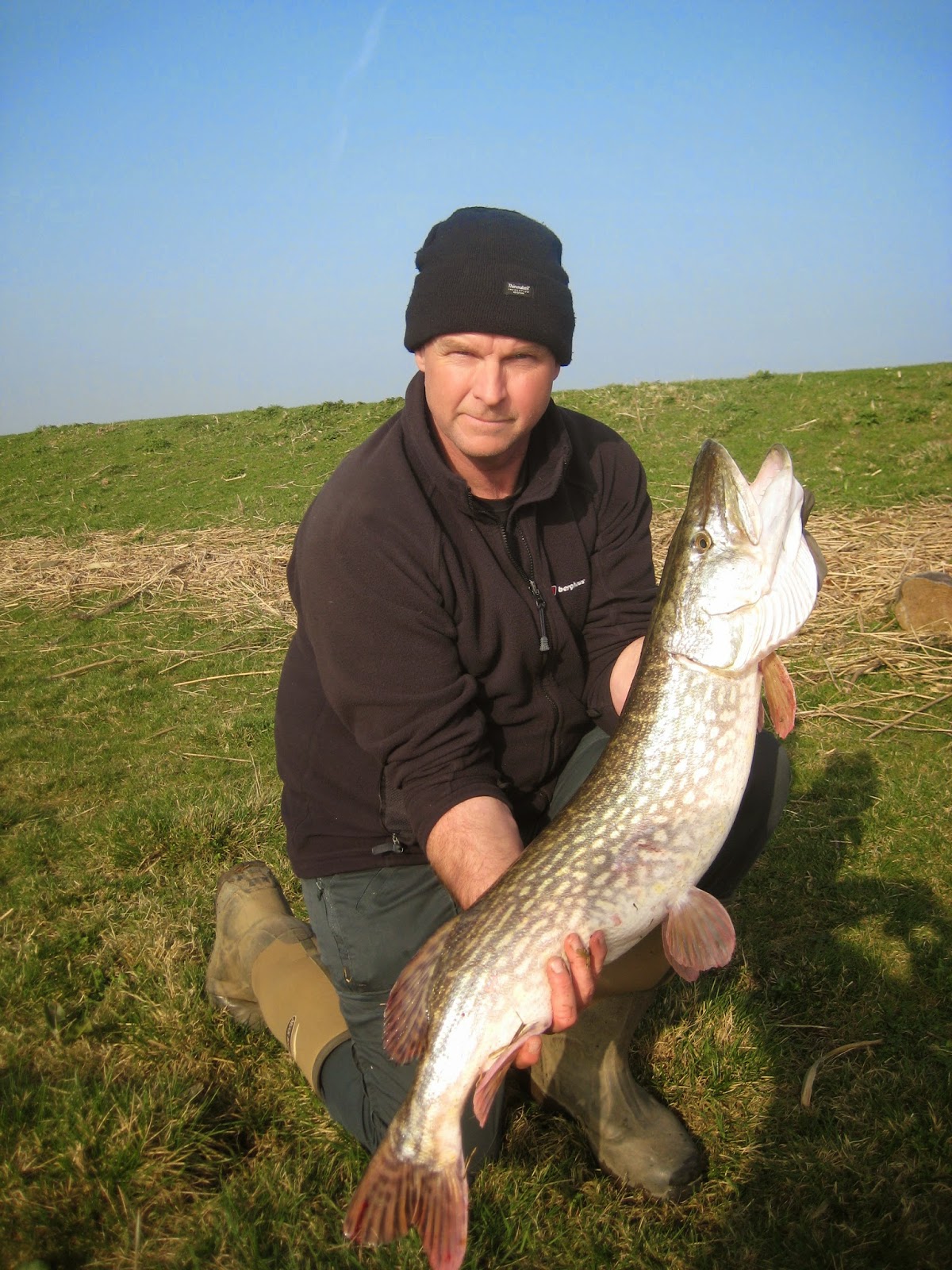 Whilst returning my pike , I glanced upstream and noticed my second float , again with a roach under slung, had performed another rush to bank side cover but, this time, I was quick enough to hit the pike and up came a pretty single to complete the hat-trick. This is one of numerous occasions that we've experienced a feeding spell but quite how the pike are triggered simultaneously into feeding is one of the great mysteries of pike fishing.
Dave had to call it a day at this point but i decided to hang on until the light faded but had no more action. Once the flood had set in, the debris washed into the river by the recent big tides made fishing impossible although I did try to fish the far bank, which was fairly clear, with the rods propped up 'beachcaster' style. 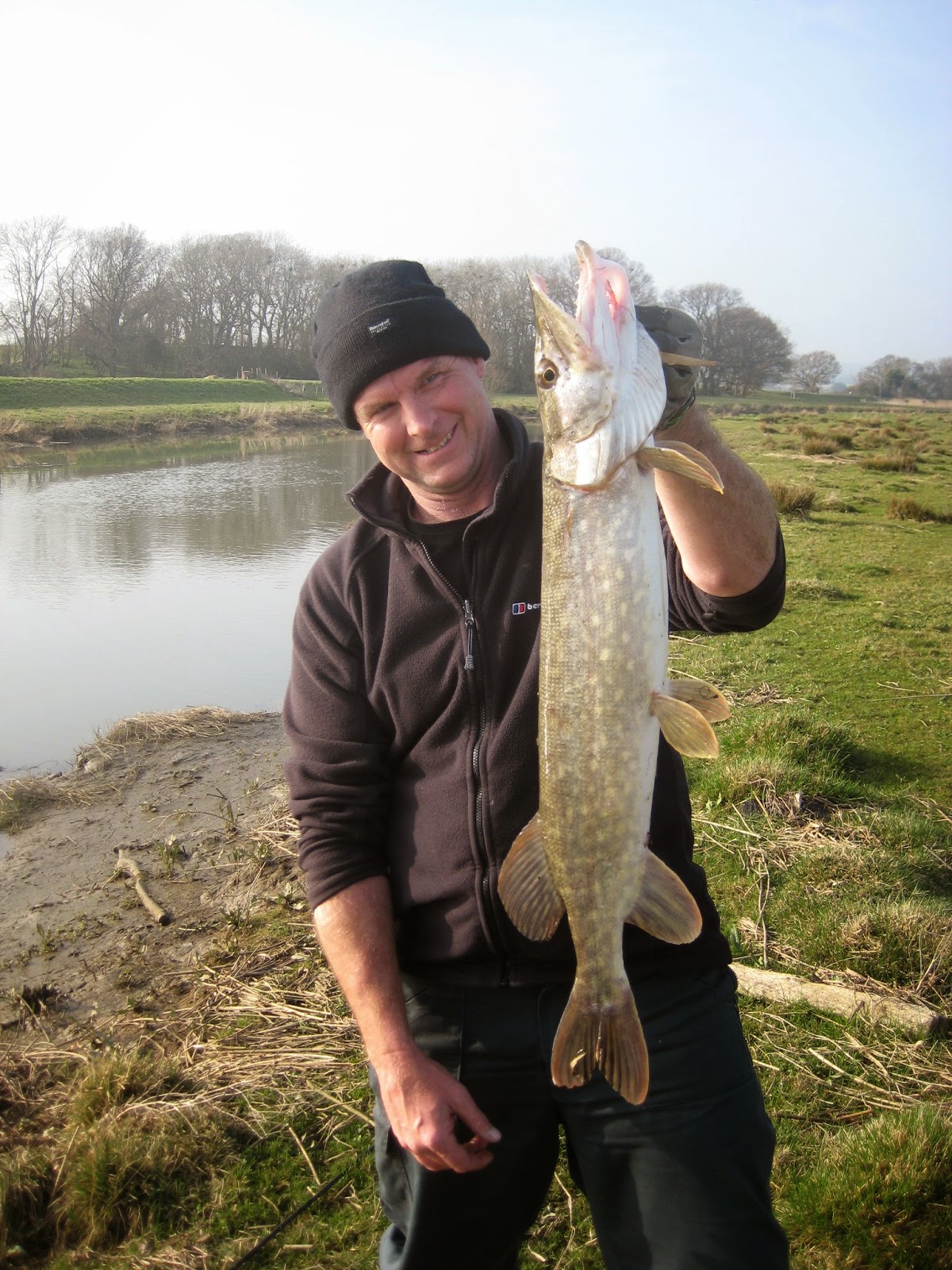