On day one when drifting effectively five shark came to the boat (four to my rods) with a couple approaching the six foot mark and the first one hitting my bait within minutes of starting to fish.
The same quick take occurred on day two to my rod and eight shark (four each) in total came to the boat - a new boat record for numbers of blue shark caught in a day.
Dave's first outing (day three) once again produced a very quick take but things slowed right off with just two shark (one each) to the boat and a couple of dropped baits.
On day four everything seemed perfect and i'll admit I was brimming with confidence. I'd punched out just a tad further to ensure an effective all day long drift and this did indeed happen. The slight easterly assisted us by speeding up the drift slightly and the chum trail was absolutely spot on, the boat holding so steady it did not need correcting even once during the day to prevent the lines tangling but................just one shark took my bait all day long and this one made an effective escape anyway. Bugger. I don't think I've ever felt so let down but, that is fishing.
All of the fifteen shark were fat and fit, probably satiated on mackerel, giving us far better fights than those caught last year and I suppose half a dozen were in the six foot range.
As for other life forms in the water well, what can I say about the mackerel. They were absolutely everywhere and not once did we need to resort to frozen hook baits. To be honest we could have relied on them easily to provide enough chum if only we'd known.
At the end of day two Wayne even filled a cool box up to take home-a very wise move indeed, as well as snaffling a p.b red gurnard on a baited feather.
Wildlife highlight was the spectacular sight of a pod of bottle nosed dolphins literally smashing a shoal of baitfish, breaching fully on occasion with a superb view of a good ten footer which swam right under my hull in the crystal clear water.
As mentioned earlier by day five the easterly wind had picked up sufficiently for us to curtail sharking and give the harbour a try. Unfortunately that wind funnelled up the valleys and even quite high up the inlets conditions were too difficult to fish effectively but we'd had a good look around anyway and the scenery is certainly pleasing on the eye.
A very enjoyable trip indeed but whether I'll return to Falmouth next year will remain to be seen as I'm starting to think about new destinations for future blue shark trips.
Unfortunately, although I towed the boat up to Ilfracombe after leaving Mylor to visit my son Jack and inspect his new workshop, the easterly winds persisted and I was advised by Nick (Pix) my local North Devon contact, that it wasn't going to happen this time so the porbeagles will have to wait for another day, and another tide. 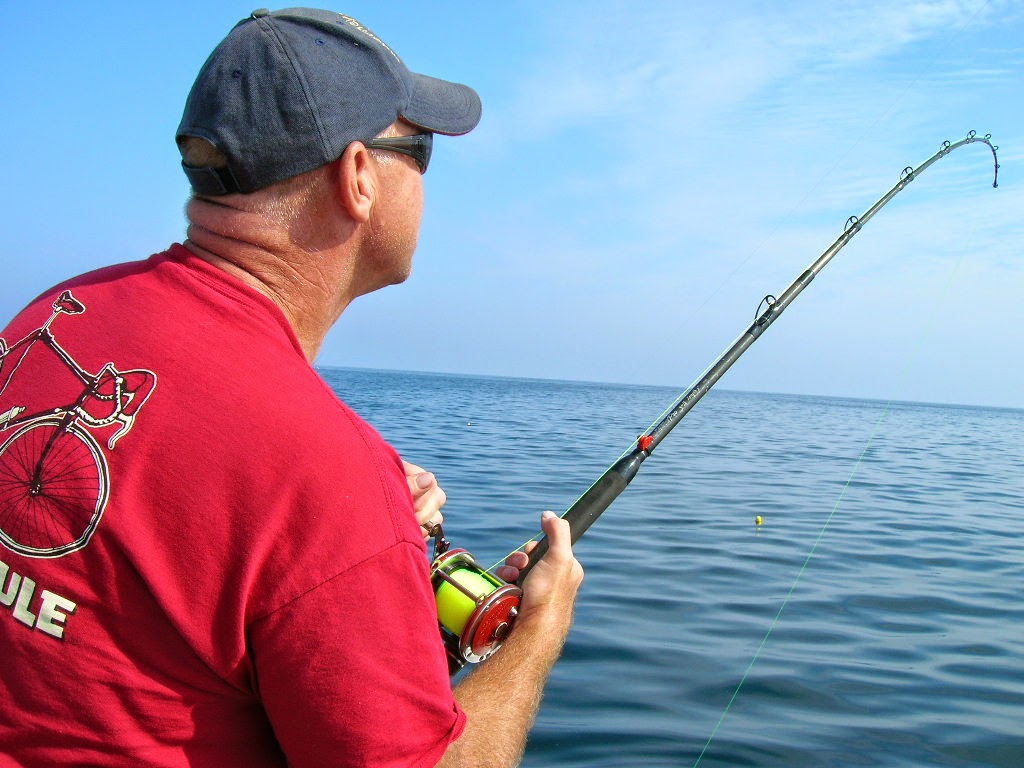 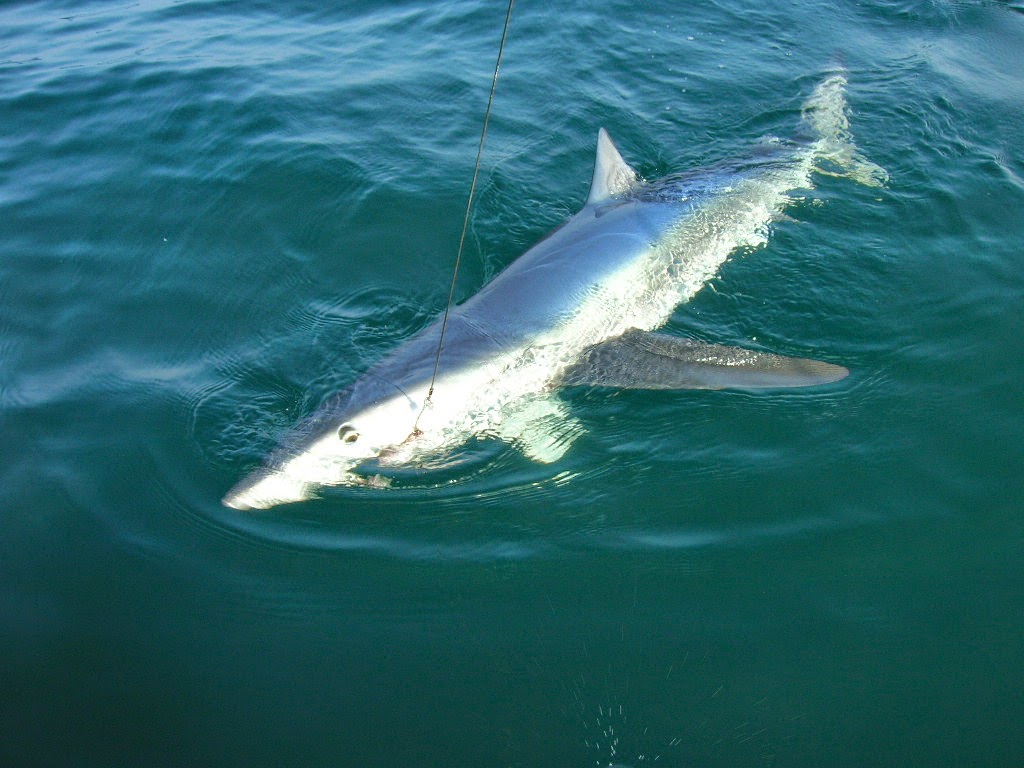 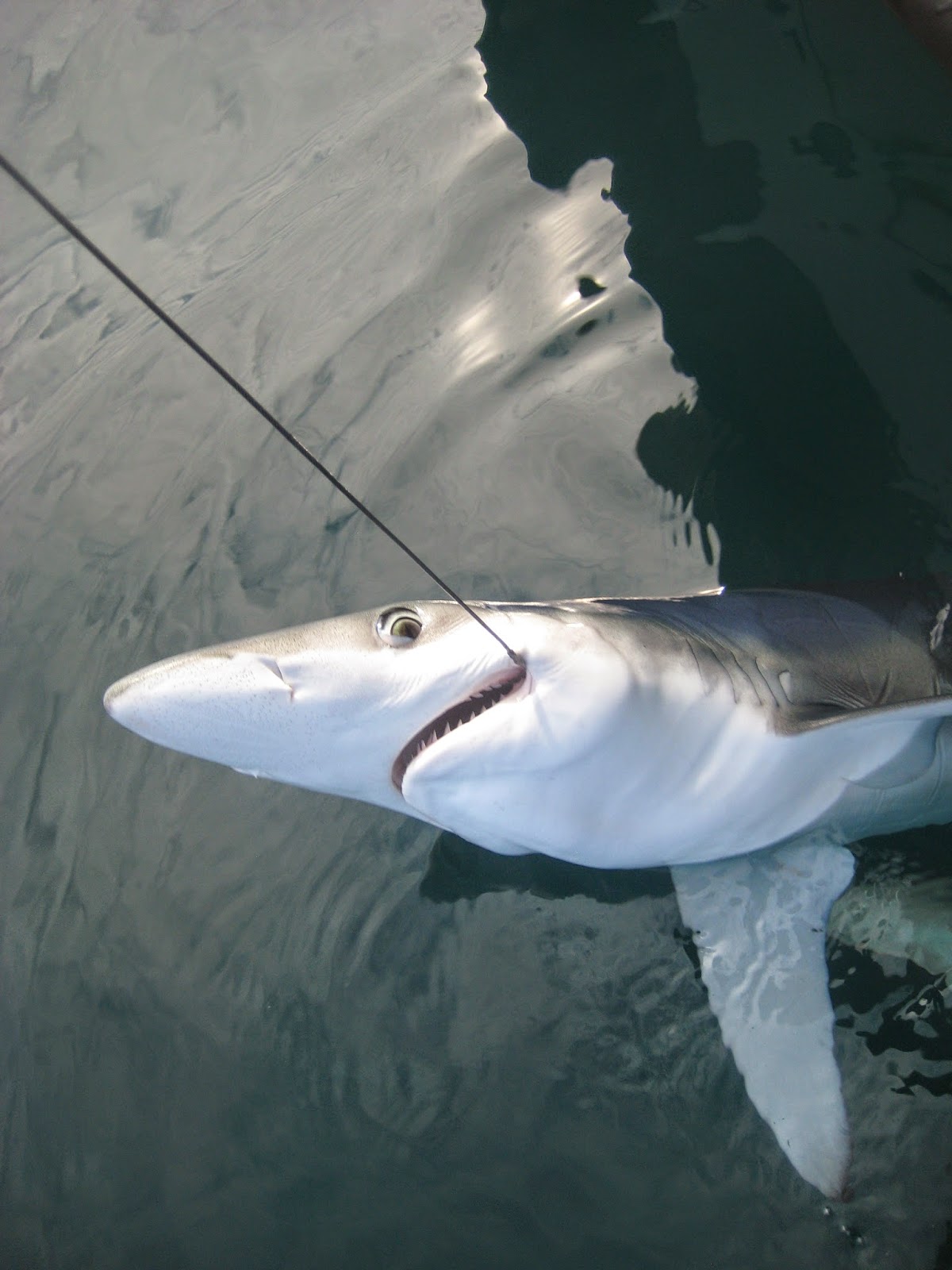