Compared to last year, It's been a very lean surf bassing season thus far, and not for the want of trying. O.K it's December but everything's running a bit late this year so IMHO it's still worth a go.
It struck me this morning, as I pondered over my porridge, that the surf visible through my kitchen window looked close to perfect and, the tide clock on the wall was luring me with it's indication that the 'optimum time' was NOW!
Within five minutes, I was out the door. On closer inspection and,  although there was hardly a breath of wind, the water conditions were indeed favourable, driven no doubt from the swell left over from last night's 'storm'.
Both water and air temperatures were agreeable which I was grateful for as I'm still feeling a touch 'delicate'. A whole squid on my usual  big hook pennel,100yd wade out into the 'wash' and a gentle 30yd lob with a 3oz lead saw me settling comfortably into one of my favourite fishing environments, though a little cautious about the prospects of a capture.
I didn't have to wait long. Second or third chuck and I felt an unmistakable 'thump'. I immediately responded by dropping the rod tip, the line tightened and the take was unmissable.
The fish battled hard, giving the impression of being far bigger than it's actual size and to be honest I was a little surprised when I caught sight of it. Running it up the beach for a quick pic before slipping her back, she measured out at 21 inches nose to fork but, as can be seen in the pic, she was a 'proper porker'. I'll settle for her being a four pounder but , who really cares, it's a bass caught from the surf and this year, for me, that's ALL that matters.
Now, I  suspect that there were a few more fish about as I'm fairly sure that I had a couple of further positive hits on subsequent casts but it's irrelevant as I failed to hook up.
After a couple of hours fishing, the tide had reached the foot of the shingle, I'd watched the 'energy' gradually disappear from the water, and by then I'd had enough anyway. Back at the house the conditions had changed so quickly that the view of the sea through the kitchen window suggested that it would be calm enough to go out in the boat.
A very pleasing result . 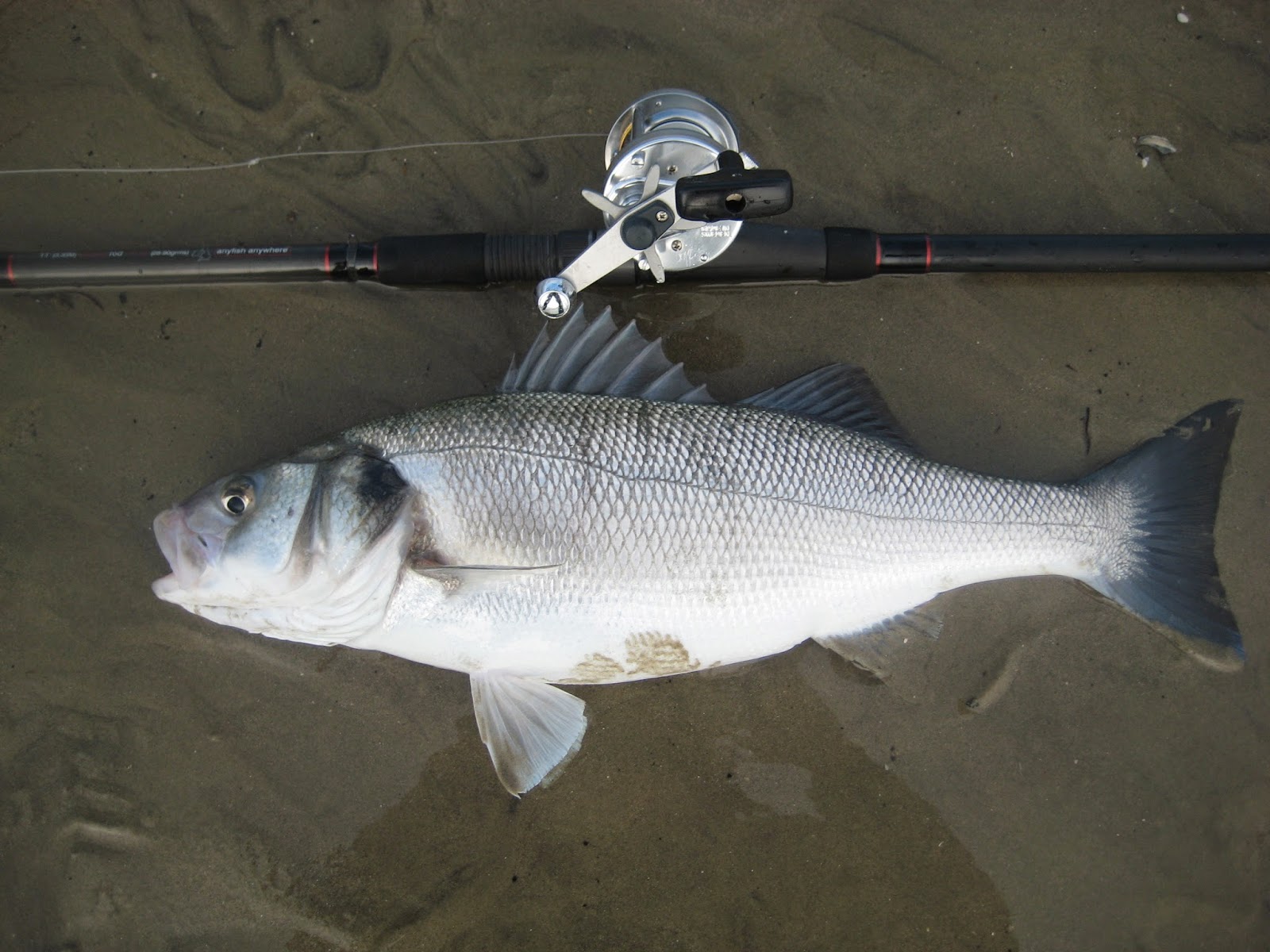