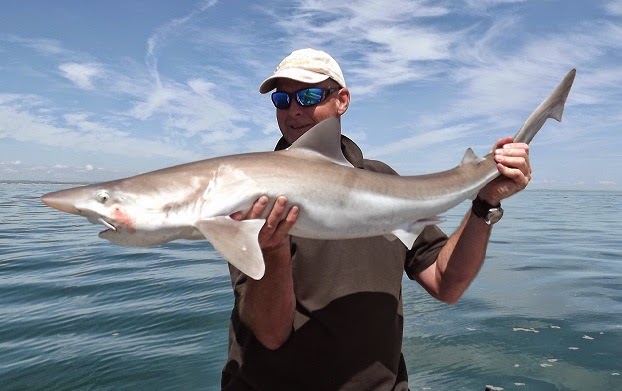 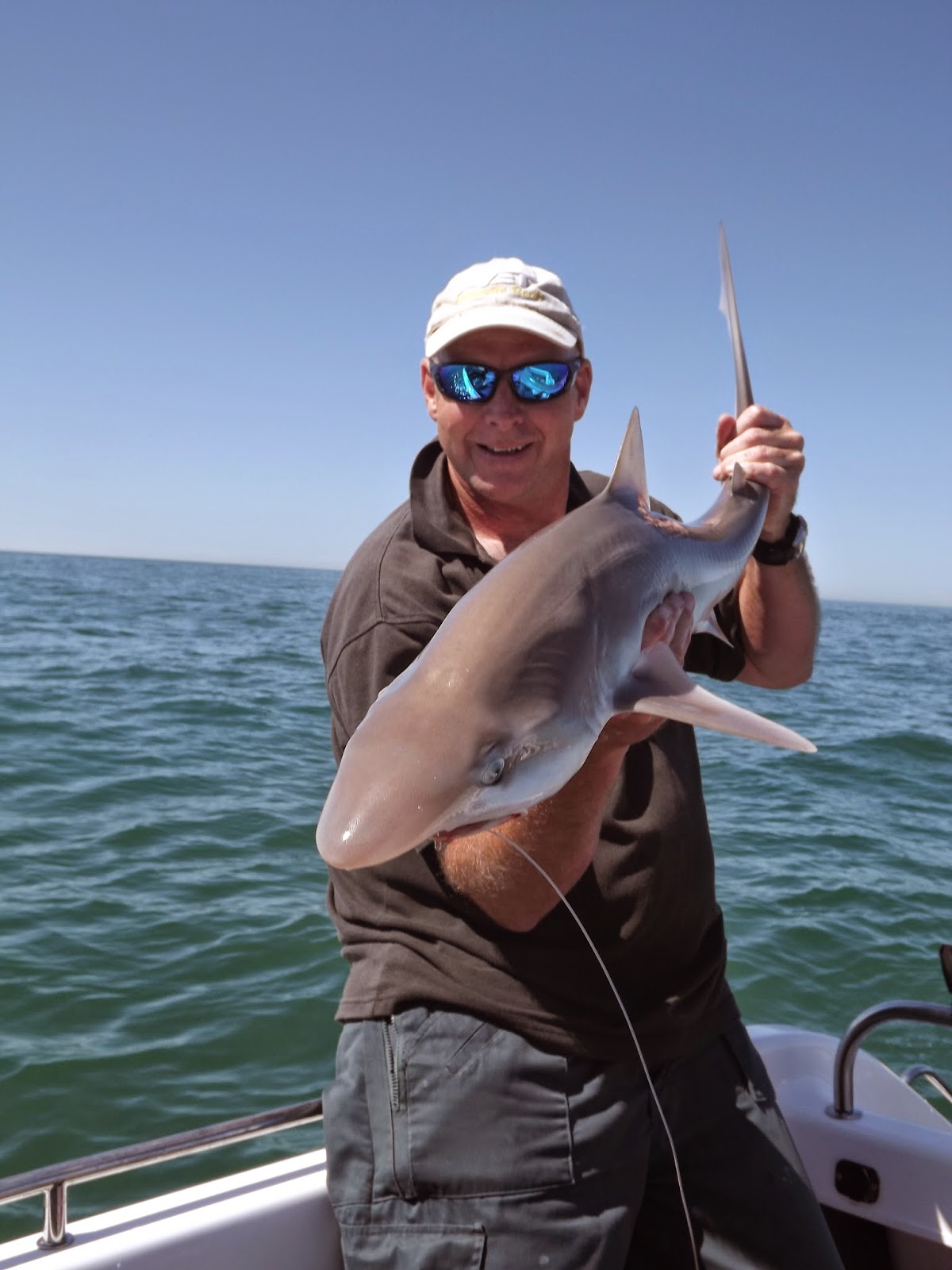 Yesterday was to be the first tope trip of the year but was curtailed by the very serious threat of thunder storms and building south-westerlies in the afternoon.
As it happened, although because of work commitments today was very tight for time, it was a far better day to be out. Constant sunshine and a glassy sea made for fast travel times and i think Dave and me made the most of the available fishing time.
Mackerel are extremely difficult to locate at the moment so, not wishing to waste valuable toping time, big frozen half baits were the order of the day on 9/0 circle hooks attached to heavy mono.Wire and j hooks for tope are very much a thing of the past in my boat.
Sport started shortly after dropping the anchor to the bottom of the 100ft 'trench' and remained steady whilst the tide was moving, only slowing during the slack water period. Twenty eight feisty tope came to the boat in just over five hours fishing, pretty much all double figure males with a smattering of 'twenties' to boot.
Bites were sometimes finicky and difficult to hit which is unusual for these fish and all but one was cleanly hooked in the scissors-the majority being easily released by 't' bar at the side of the boat. Selecting larger baits kept most of the cat sharks at bay though a few managed to get themselves hooked and on three occasions tope could be seen either chasing a dog, or just a retrieved bait right up to the surface.
I'm hoping that in future trips, which are limited to sub 5m tides,there'll be an opportunity to encounter some of the bigger tope similar to those that i had last year.However, usually these show earlier in the season and are replaced by the pack fish as the summer progresses.Let's hope that's not the case this year and when the mackerel do eventually arrive, the big tope follow. 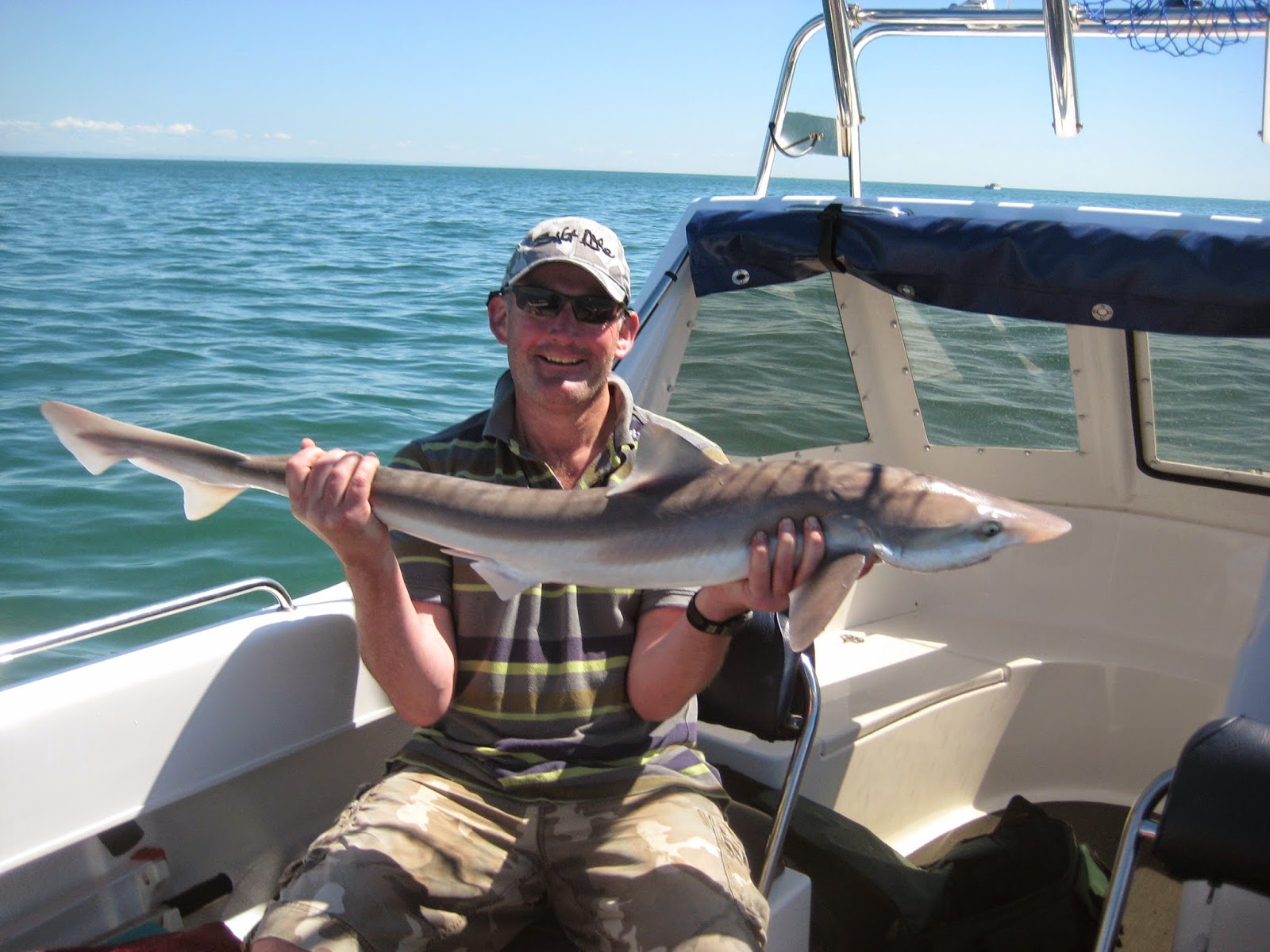