Initially this short middle of the day trip was intended to be a lure only session targeting bass but, with a bumpy sea making the method less than easy, I resorted to dropping the grapnel on #9 and fish with big cuttle baits in the hope of seeing something silver.
Clive was not too far away and had succeeded in doing just that with a nice 8lb fish which I managed to photograph for him. He'd reported seven lesser bass but said that they'd both been extremely difficult to find and had been less than enthusiastic about accepting 'plastic' hence his decision to revert to baits. He'd also already been out for six hours ! You've got to admire his dedication.
When an open centre console boat with red logo turned up on the mark and proceeded to circle Clive far too close for comfort and subsequently anchor down tide well within his casting range, I decided I'd had enough and would try to break up the party.
Clive had invited me to join him and I was easily over a hundred yards distant giving him plenty of space but I still felt a little guilty that , by joining him on the mark, I'd probably attracted the unwanted attention of the interloper with no manners.
By moving immediately, I thought I might draw him away but this proved to be fruitless. Luckily Clive reported to me later that no more bass had showed anyway and that he'd been really annoyed by the behaviour of the visiting boat .
Whether it's through ignorance or sheer inconsideration for other anglers, boats that turn up and anchor right in your 'swim' really wind us up, and It happens far too often. The boat in question is a local, though unknown to me personally, and if he's reading this, which is unlikely, I hope he takes heed.
Eventually I decided to move over to a reef mark at #6 and once again, drop the grapnel rather than drift in the building sea and a bit of a surprise was in store. I'd actually anchored on the edge of the reef and my big cuttle baits were settling  on 'cleaner' ground which I could easily feel through the braid.
Result.....a couple of nice double figure undulate rays and a hound to save the day and remind me of a piece of information, completely forgotten until now, that I'd been given about the mark a few years ago when I started boat fishing. 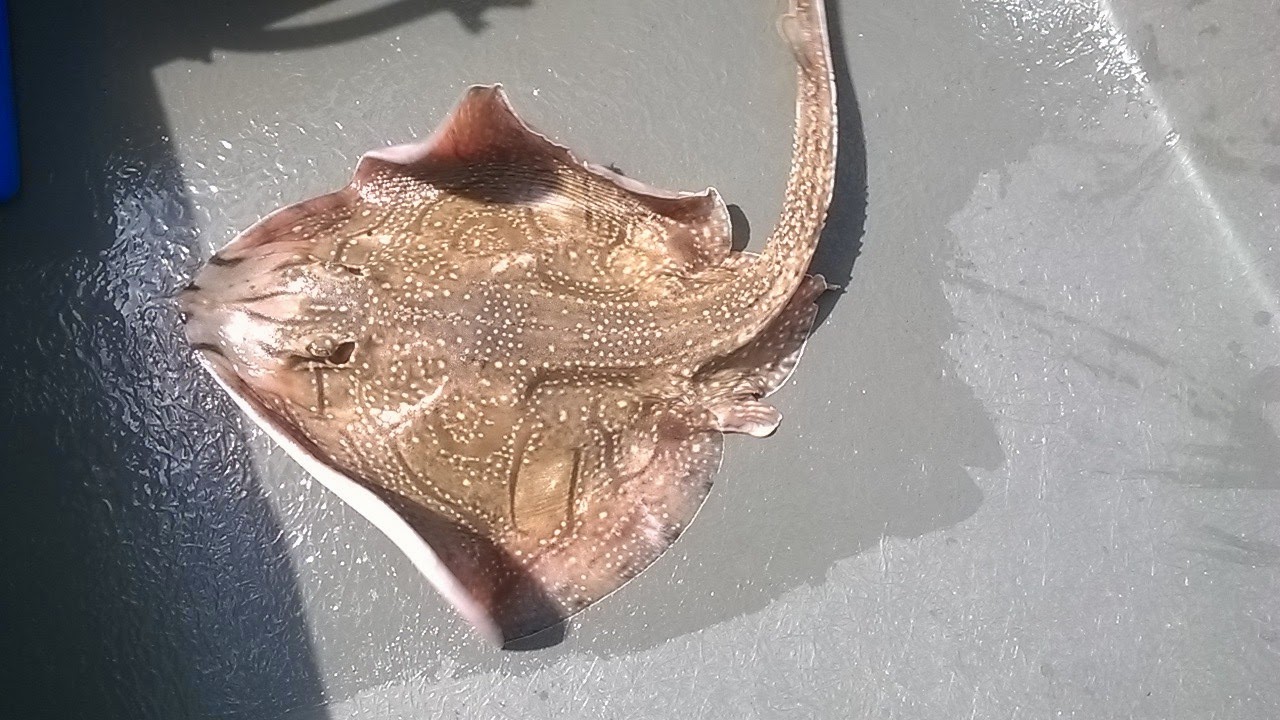 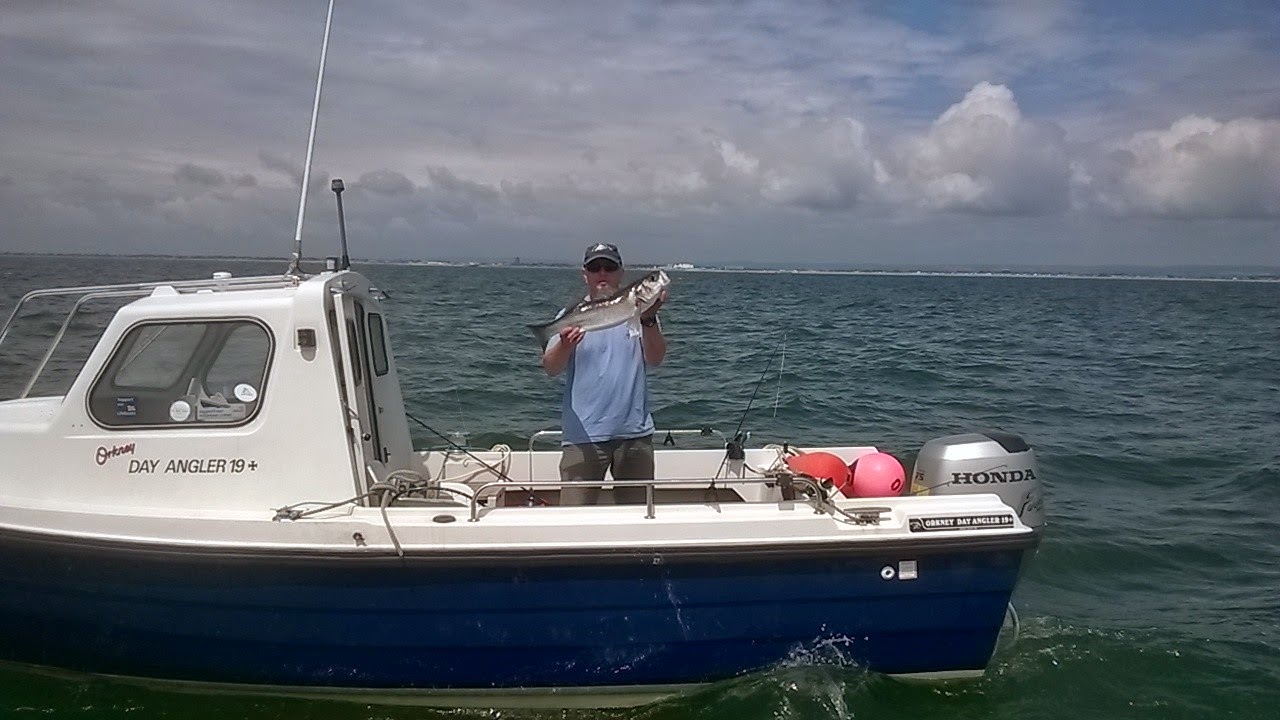