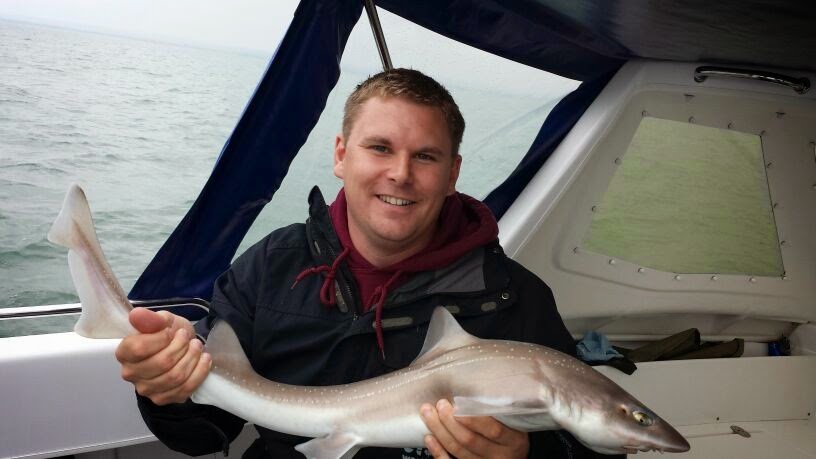 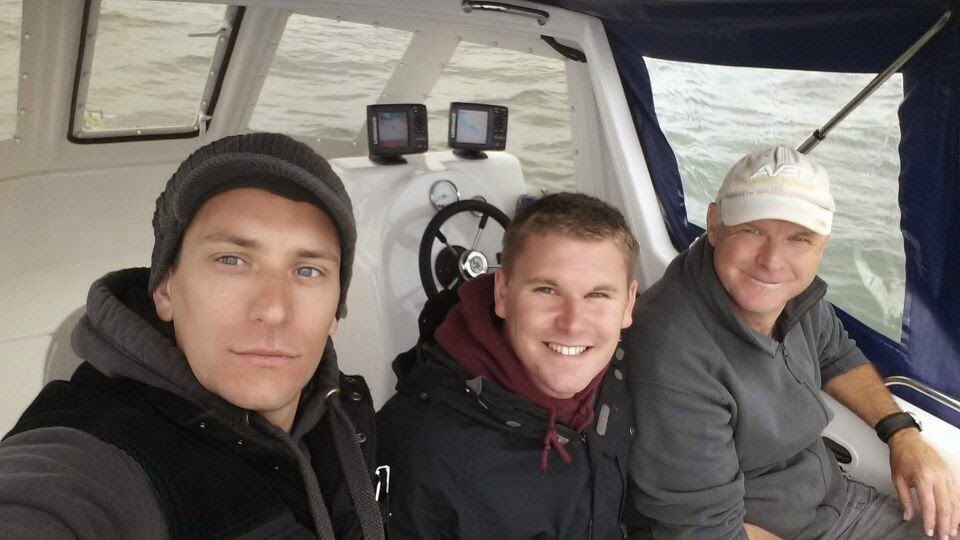 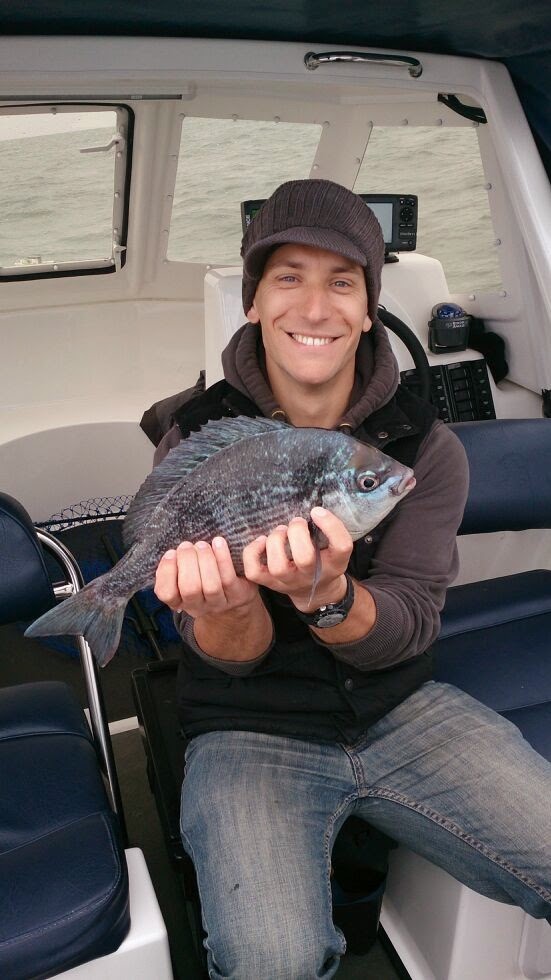 I've always avoided taking complete novices boat fishing in the past as I'd heard that It can be hard work and at times frustrating but, when a couple of work colleagues expressed an interest in joining me, I found it too hard to resist accepting the challenge of introducing novices to our sport.
Collectively known as 'the kids' , neither 'Lil John' (yes, there is a 'Big John') nor Liam (a.k.a 'Choz') had  wielded a fishing rod before, though as lifeboat crew, Choz has ample experience of how to behave on a small boat.
I'll admit to feeling a bit under pressure to produce the goods so, initially chose to target bream as generally, after instruction, they're easy and fun for beginners to catch, kick back a bit and make a nice rewarding meal.
The first mark in the middle of the Kingmere reef  which has served me well this season,failed to produce enough action though, to be fair, we'd arrived at the location over the slack tide period which is generally pretty dead anyway.
Thinking I could do better,I quickly moved the boat to mark #8, which I'd heard on the grapevine had been fishing well lately, and almost immediately the bream co-operated with plenty of fish to just short of 3lb and two very happy tyros both of whom had quickly learned how to bait the hook, cast, hit the bites and play the fish.
Thinking I was some sort of fish magician, they were well impressed with this and.after building a nice catch of  30 plus bream, most returned but with a few to take home for the pot and  the guys at work, I decided it was time to move marks, up the bait size and try for something a little more impressive.
Again first drop on the new numbers, and Choz's rod hooped over allowing him to experience  his first smoothound, quickly followed by more of the same along with a pack tope to add variety. With tongue in cheek, I announced to the guys that they could now consider themselves bona fide 'shark anglers'. I actually wanted to show them an undulate but they knew nothing of this, and anyway, it didn't matter.
Soon it was time to head home and back to work but, the short 'action packed' trip had proved to be a great success and here is the key, if you're taking beginners out , keep the fishing interesting-not always an easy thing to do.
Personally, I didn't actually manage to do much fishing spending most of time dealing with the catch and sorting the odd tangle, and re-tackle but, the trip was no less rewarding for me, and the 'banter' around the mess table that evening proved that the 'kids' had enjoyed the trip and were well and truly 'hooked'..........very satisfying.
Posted by Unknown at 06:58