One of the freshwater venues Dave and me have been fishing recently has a bit of heritage with big perch and eels. Dave's already had a very decent sized perch from one of the lakes and it would appear, from digging around on the internet, that more could be present.
I elected to fish three methods today-two  feeder rigs with worm and prawn baits respectively and a dual purpose float outfit which would be pressed into action catching small roach and rudd, subsequently to be used as bait themselves.
Both the feeder rod baits produced a modest sized eel on each and it was excellent to watch Dave, who is a bit of an expert when it comes to handling our wriggly friends, calm the eels down so they remained still enough for a picture.
The live bait were easy enough to catch as the lake seems to literally teem with fry and I managed to convert two of these into small perch of around a pound each. Not big fish at all but catching them using this 'traditional' method was a first for me and something I shall be pursuing further in the future. 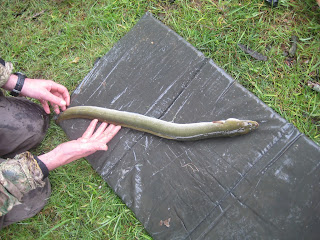 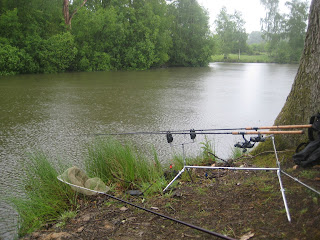 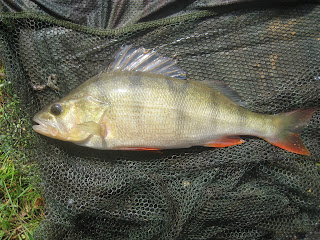