The bream season is in full flow in Littlehampton and some very good catches of fish have already been taken.  As the tide was smallish, and the previous few days had seen some rough weather both of which would hamper the reef bass fishing, I decided it was time I sampled some of these feisty little fighters.

Initially, we dropped the anchor (something I rarely do nowadays) on Brian's mark but the going was actually quite hard despite thoroughly ground baiting the 'swim' just as the tide  started to move.
We took eleven bream in total , two pounders mostly with the best  my crew Wayne at 3lb 2oz-his biggest of the specie for several years and one that will be entered into his club specie competition and apparently stand quite a good chance. 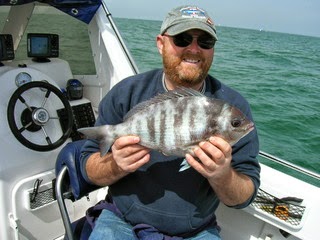 A move to a mark on the Spur did produce a small flurry of four bream but in general I was actually quite disappointed not to be able to show my mate some more fish on the day. Certainly compared to past form, the bites were relatively slow in materialising.
At slack tide I decided to show Wayne how I fish  soft plastic lures and hoped  for a ballan or two. My crew hit first with a pollack, then I followed one for myself, and a brace of modest bass . The expected wrasse didn't show but, it was a pleasant way to end what had been a challenging day. 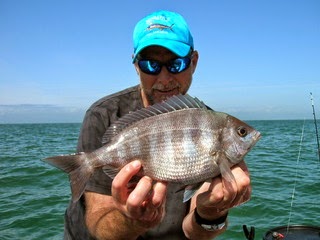 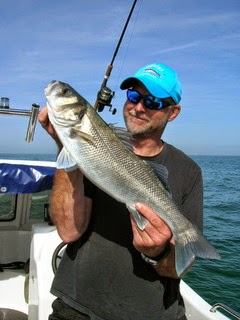