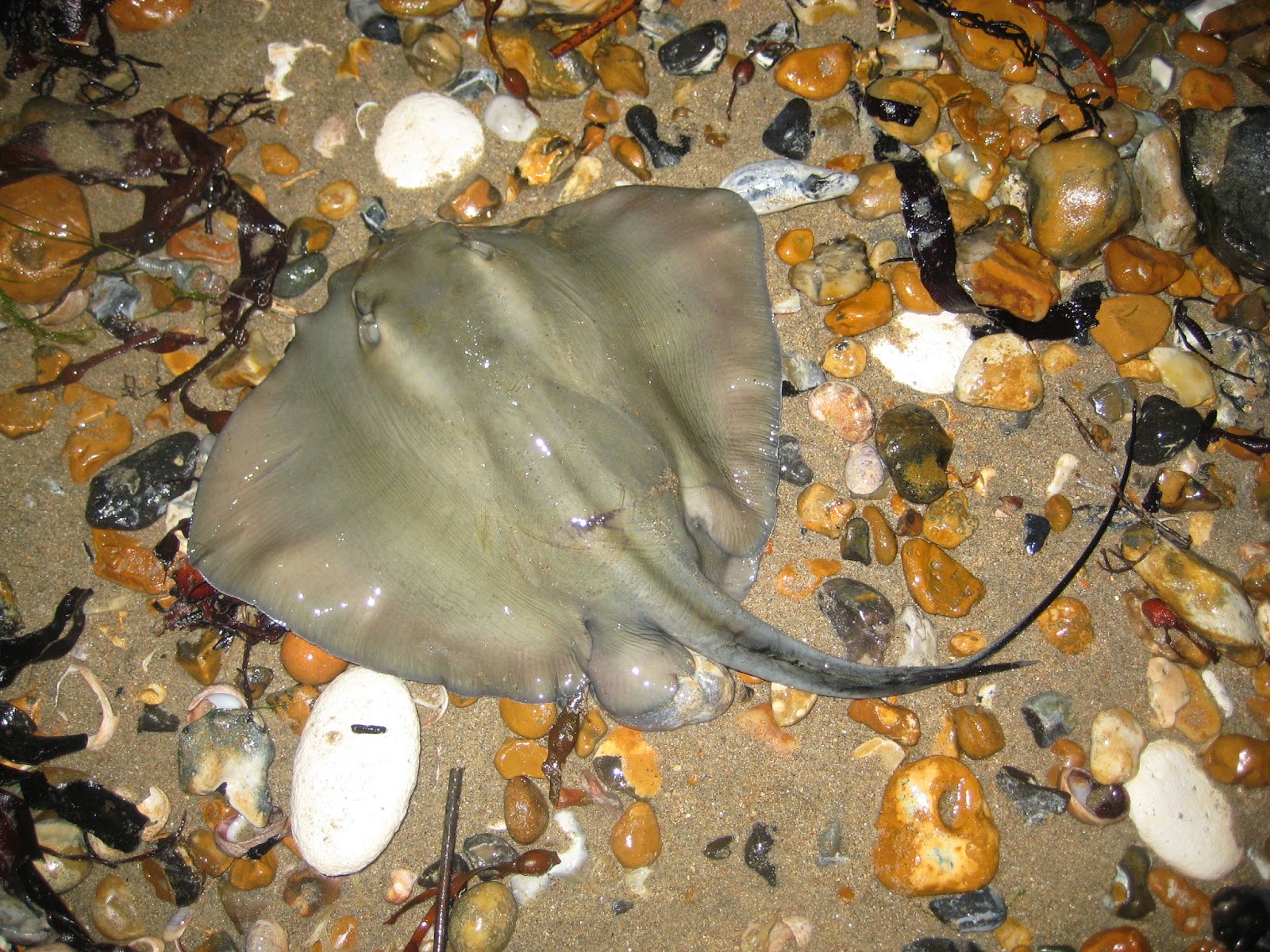 I've wanted to catch a sting ray for several years and usually plan to target them at this time of year each season. So far they've eluded me  but my good mate Simon Thurgood has done a little better.
Simon had not caught a Stinger for 20 years until this week, and then he goes and get's three from the same mark, two of which he had on tonight's tide-the first time I've ever actually seen one of these curious looking fish.
The first fish was a double followed by the cute little fellah in the picture which probably weighed about 4-5lb, and because it's glue like slime hadn't attracted any sand or stones to spoil it's look, made for a nice shot.
Bait was rag worm although Simon tells me he's also had them on fish baits and squid.It's actually quite fun being back out on the shingle, something I do all too rarely nowadays , and I shall continue to seek my target over the next few weeks.