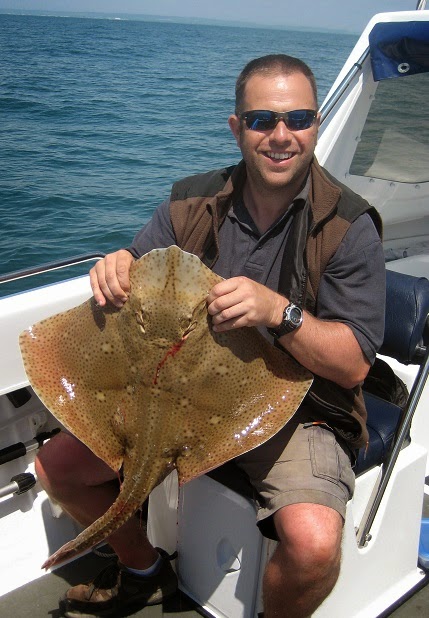 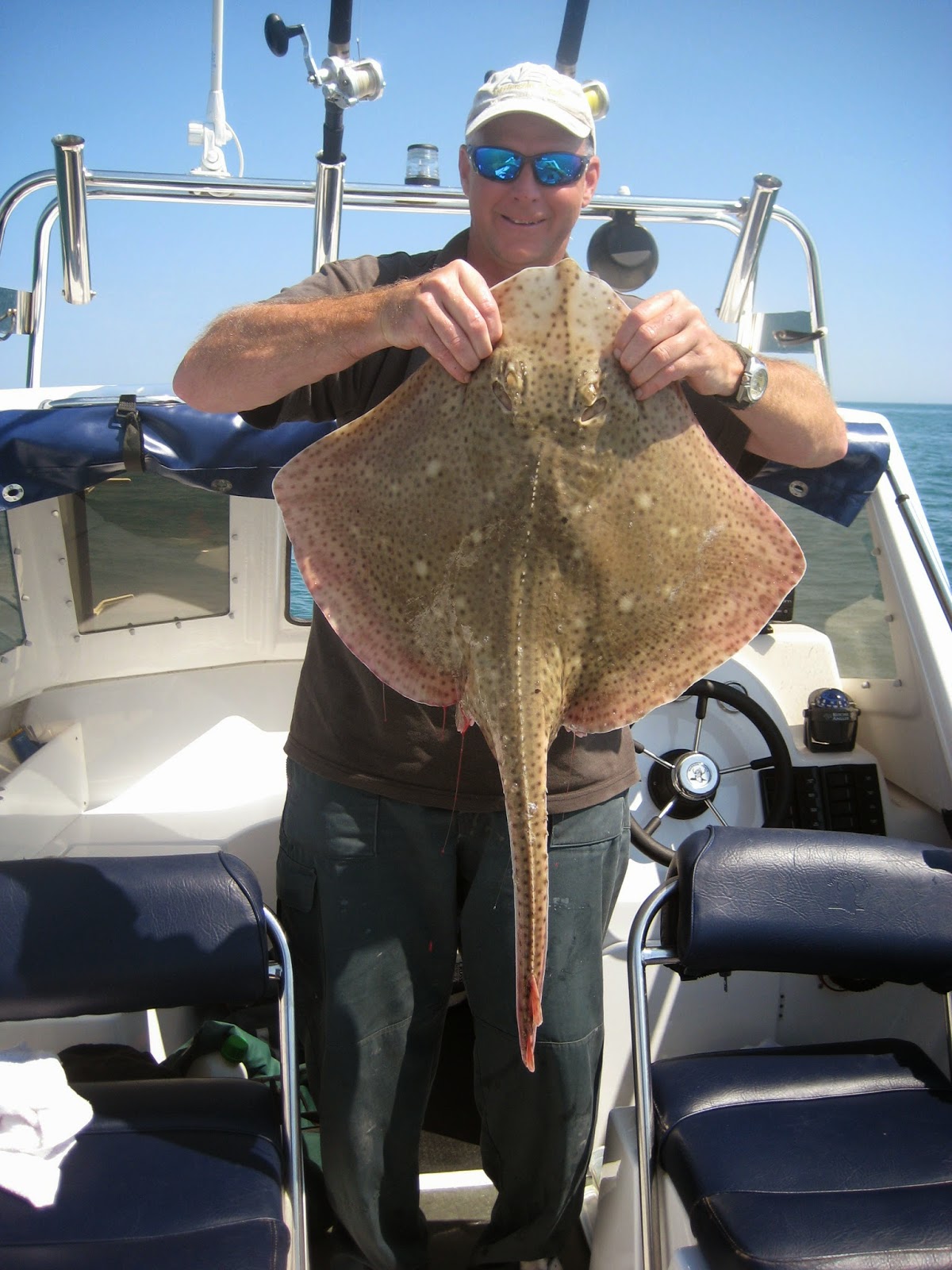 .
Tides were small and therefore favourable for a trip to the marks off of Selsey Bill for another tope hunt. Joining me on this one was my colleague Steve who had never before caught a tope and is usually found teasing the River Arun mullet.
We did pick tope up from the 100 foot depths at mark #41 but they were all pretty small 'pack' fish which, despite my crew's enthusiasm, I'll admit I was a little disappointed with. The big fish just haven't shown up much this year.
A move closer to the 'bill' to a recommended hound mark just produced a succession of bait robbing pouting so I decided to seek out a gully between a wreck and sand bank at #21- a mark kindly donated to me by Neil and one that I'd been meaning to try for some time.
What showed up here were blonde rays, and some nice ones too, another first for Steve who had thoroughly enjoyed his trip out on 'Jupiter' and, I guess,at the end of the day, that's all that matters.
Posted by Unknown at 08:29