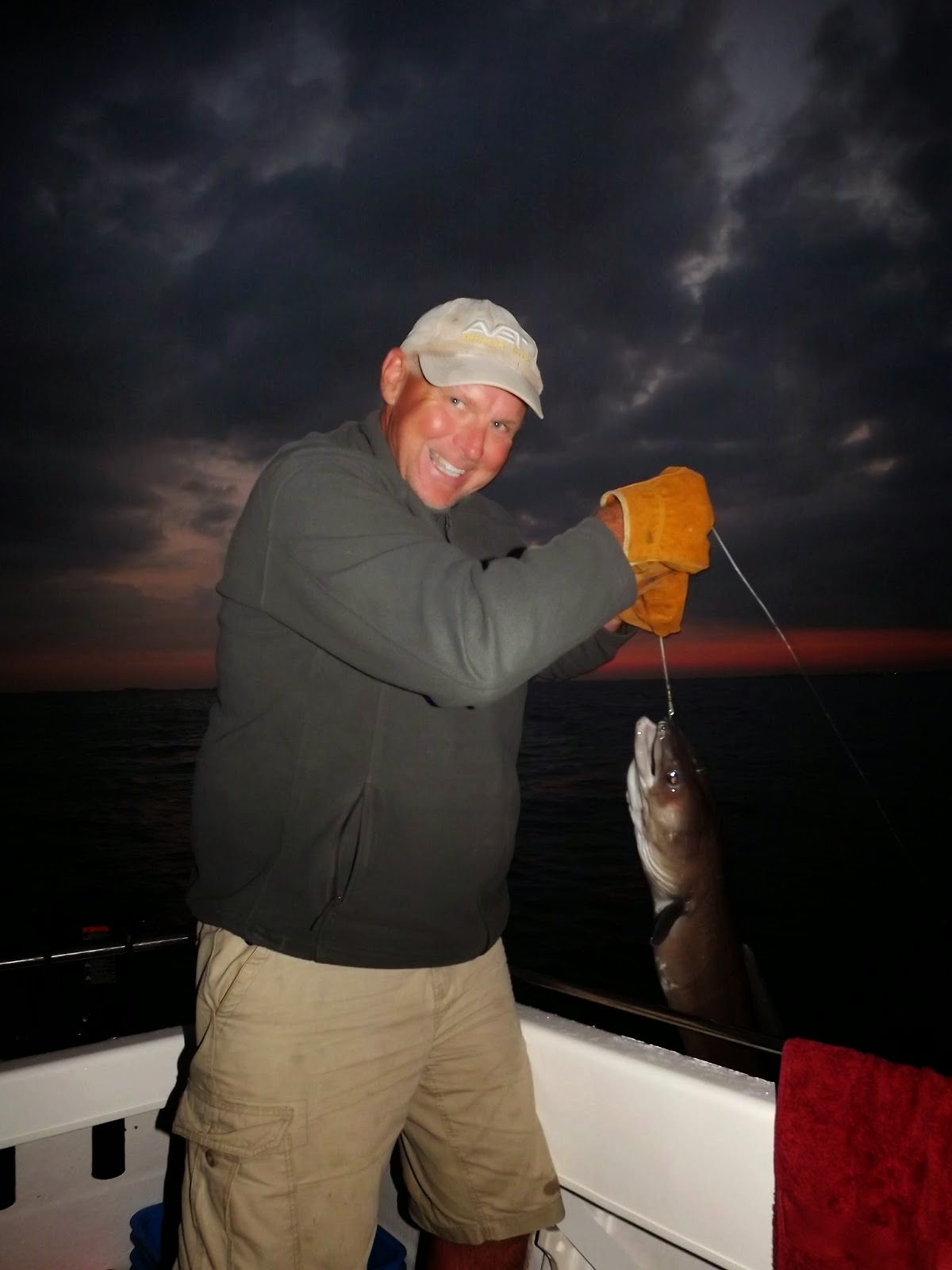 A few months ago , Dave recounted stories of night time conger fishing trips that he had made in the 1990s when he ran the boat fishing club section of our local police force. Littlehampton charter skipper of choice, in those days, was Mike Pratt with his 'ride', 'Blue Badger', and Dave took a personal best conger of 70lb on one of Mike's trips.
What aroused my curiosity most about these tales, was the nature of the mark fished. Dave could only remember its rough location by the  position of certain land marks, although he did recall that the fishing took place relatively close to the shore in shallow water, so close in fact, that on calm nights engine noise from road vehicles could clearly be heard.
I decided to delve deeper but , after poking my nose around locally and asking a few questions, it would seem that the particular mark ( I did, by now, have a reasonable idea of what and where it was) had been somewhat forgotten. Coincidentally, my bass fishing buddy Pete had been Mike's regular crew mate in his younger days, but even he had no knowledge of the mark.
Eventually, it was a diving manual that came up trumps , including some very encouraging information about the resident fauna, although the location details given were hopelessly inaccurate.
There was nothing for it but to have a trip out and investigate, combining the facilities provided by those two most excellent of 'gadgets'-the GPS chart plotter, and the fish finder.
I will say at this point that , to date, I've haven't actually found the exact location of  Mike Pratt's supposed mark. I say 'supposed' because I suspect that Mike, and I might be completely 'off the mark' here, may have disguised the exact location  to his clients, by giving it a somewhat misleading name, and I can't say I blame him at all.
It took quite a bit of scanning the area in the fading light to actually find the structure we were looking for but eventually, the plotter screen filled up with a selection of waypoint marks and built up a picture of where we needed to place our baits.
I judged my first drop of the pick in the ebbing tide to be slightly off line, so re-anchored  enabling us to get our baits as close as we dared and this proved to be exactly the right move as it resulted in an immediate take and a very dark conger to my mackerel head of about 20lb-a good start.
Five more conger showed up in the short two hour session with Dave picking up the best- a fish of  close to 50lb would be my best guess. Dave's remark;' It's got a head the size of a labrador' gives a more descriptive indication of its size.
Standard tope traces were used of 150lb mono with 9/0 circle hooks on the end that counts, and these proved to be easily removed, with the conger still in the water, using a 'T' bar.
Two nights later we returned for another short session to exactly the same location although we were delayed slightly by having to fix a loose electrical connection on the boat before leaving, and further delayed by giving a jet skier with a flat battery a tow back to the public slipway.
If said jet skier hadn't been a friend of mine, I'd have probably ignored his call for help (just kidding).
Six fish hooked on this trip resulted in just two to the boat on my rod of around the 20lb mark . The remaining four takes had broken us by leading us into some heavy snags down below and we both felt that they were fish of a much bigger stamp.
Interestingly, no other species were caught and there was very little interest shown in our baits from 'lesser' fish.
Whether Dave's 70lb conger from the past came from here, we'll never really know for sure but, it would appear that we have come across quite a decent mark for conger fishing, and one that definitely warrants further investigation.