I worked a day shift today and mentioned to my mate, and work colleague Ian, that i was heading out in the boat that evening in search of bass  and would he like to join me.
The idea obviously appealed as just before finishing work, I received a telephone call confirming that he could make it.
As you can see from the pic,the sea was 'mirror' calm and we left the marina at about 1830 picking up plenty of mackerel on the way out to my intended mark. I was able to position the boat 'bang on the numbers' and, as the tide was just beginning its ebb, at exactly the 'hot time'.
Despite not mentioning to Ian for obvious reasons, with the mark's recent form,I felt pretty confident that i could put him on to a decent bass, but knew that chances would be few and far between.
Ian's done a fair bit of angling but very little from a boat so after a bit of coaching on using the lever drag on the Avet ,and what to do should a take occur, he sent down his half mackerel bait.
It didn't take very long at all-the ratchet sang and he did exactly as he was told-let the fish run a little on slack line, then hit it-absolutely perfect.

A good fight from a good fish resulted in this cracking 9-08. The biggest bass Ian had ever seen by far and the man was chuffed to bits.....I was pretty satisfied with the result as well!
Unfortunately very little else showed to our big baits until, in complete darkness, my ratchet slowly clicked away signalling a take from a nocturnal predator of a different kind.A very dogged fight on the 12lb class rod ensued, with dives and line stolen, but eventually out of the black water came a conger-my second decent sized one,of around 30lb.
I think Ian might be considering getting his own boat now. Good fishin' with ya mate. 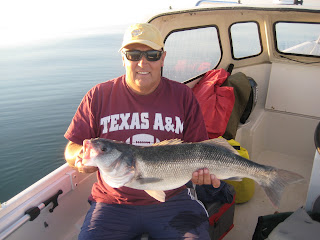 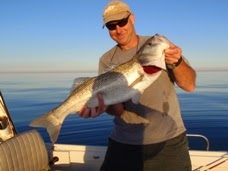 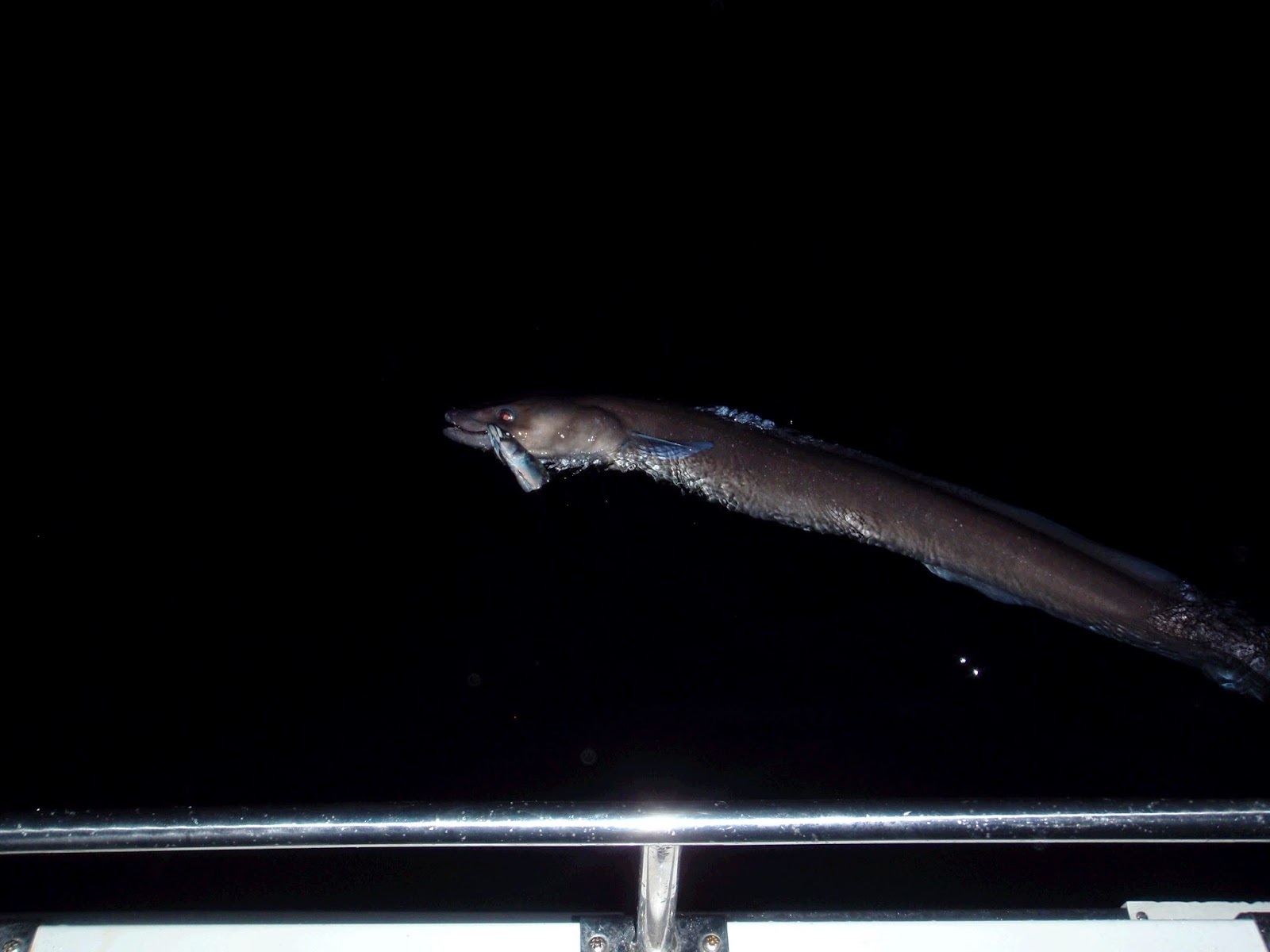