'Make Hay While the Sun Shines' as the saying goes and, as the sun was still shining brightly today, we did.With overnight temperatures troubling brass monkeys last night,and a thick layer of ice on the windscreen needing removal for our 6-00 a.m start, any hint of murk in the river would have surely disappeared,and with a little bit of mid morning sun to stir up a pike or two, expectations for today's trip to Ham were high.
Dave and myself started opposite the sluice on the lower stretch, a swim recommended by Phil Jones as a 'hot' zone.
I fished a pair of roach  whilst Dave stuck to his trusty sardines and at 9-30, with our rods poking through a bed of reeds, my first take came.A spirited nine pounder was banked followed 20 minutes later, and in exactly the same spot,by another hard tugging double at 13-12.It's been a very long time since I've had more than one fish from a swim on consecutive casts.I hasten to add that, despite all three of my Ham doubles this year weighing in at 13-12, I can confirm that today's fish was definitely NOT a recapture.
Both these pike gave a good account of themselves, possibly due to a bit of much needed warmth  stirring them out of their winter torpor. Once the frost had burned off, it was 'off with coats' weather.
The only other action was a missed take, and stolen  bait, on one of my rods, and by mid-day we had to call a halt to proceedings as I had to get home to attend to some rather important non-fishy business.
My 4 1/2 year relationship with an American motor cycle has come to an abrupt end...........I flogged my Harley to a couple of chancers from the smoke! Actually they were thoroughly decent chaps acting on behalf of a non attending buyer-the perpetrator of yesterday's bank side telephone conversation.
Sad to see her go....totally gutted when I heard, for the first time ever, how good she sounded when one of the bike mechs took her for a test spin round the block. It's a nerve shredding experience , seeing a stranger riding YOUR motorcycle, especially if it's prior to them handing over the 'readies'.Unlike cars, as any sensible two wheeled enthusiast will tell you, bikes are hard things to part with.But the 'bling' thing had run it's course for me, and it is time for a change.
They'd brought hard cash with them to seal the deal and within an hour of them leaving with my cherished 'monster' in the back of their Iveco, the wedge had successfully burnt a hole in my pocket and I'd blown the lot on a German 'bird' from Surrey................The only downside to all this retail therapy being, that I've got to take a day off fishing tomorrow to go and collect her.Next project will be, how to attach fishing rods to her sturdy Bavarian bodywork ! 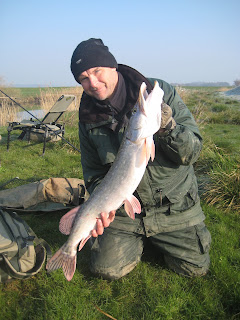 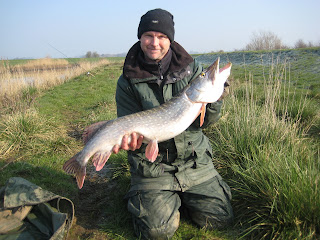