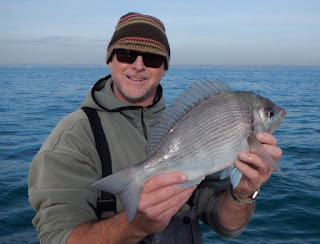 25th 9lbder from the river. 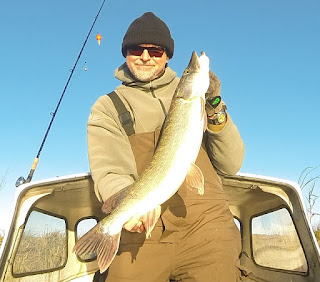 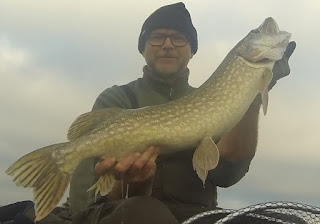 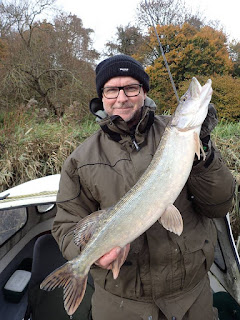 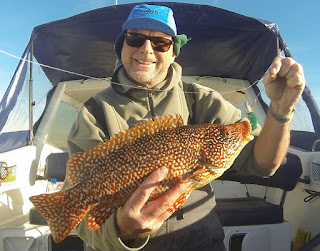 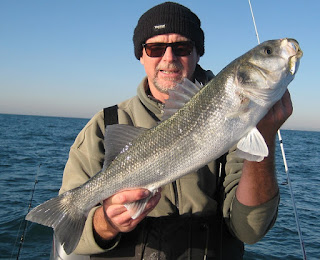 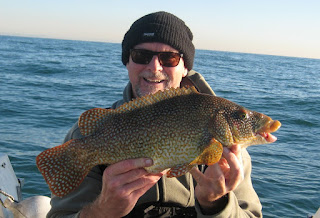 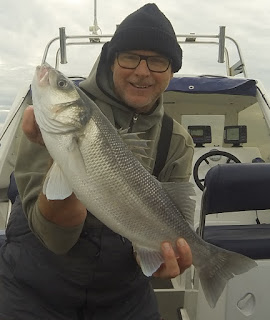 Apologies for the above pics being all over the shop but I guess it does give some representation of what a chaotic month, fishing wise, November was for me.
I also need to apologise, particularly to my No.1 Fan-Paul Holden,(only person silly enough to read this rubbish?) for the lateness of my entries too. Paul collared me the other day on the river complaining that I hadn't written anything on here for a while. Well, here I am attempting to catch up but my memory is not serving me too well and I'm sure there are sessions that I've (conveniently)forgotten about.
It was a month of mixed fortunes really leaving me a little 'fished out' by the end. Fortunately, as I write this (Its new year)I'm pleased to say that I'm back on top form and as eager as ever to get out and wet a line.
The boat fishing started with a session with Dave who has re-joined me as a regular on 'Jupiter' following a period of absence due to seasickness issues. I desperately wanted to give him a comfortable day to regain his confidence but the weather forecast let me down badly, In reality a bad decision on my part, and we were forced to cut short the trip with very little (one doggie I think) to show for our efforts.
Clive joined me for the next outing -an attempt to catch bass. It proved to be a hard day with just one of the intended target species to my crew mate but, a couple of very nice late autumn bream to 2 3/4lb showed up whilst we were bait catching.
We were also entertained by wrasse up to about 3lb on vertically fished lures although, it must be said , that Clive thoroughly out fished me on this score-I just couldn't seem to get my hand in.
Following trips however showed a great Improvement and I did manage to hit quite a few good wrasse with a few average bass thrown in.
One notable mid month solo trip to a relatively new mark to me, but one that has so far provided consistent sport with the specie, gave me an excellent lure session with 29 bass . Mostly, they were in the 3-4lb class but a few entered the 5-6lb range and provided superb sport.
Later in the month however, my enthusiasm began to wane although I cannot fully explain why. I had a lure only trip to a close in reef mark and did catch a handful of smallish bass but in truth, my heart wasn't in it,  and I returned to the moorings early.
A few days later and I'd taken the boat out of the water to attend to some corrosion issues, which was not actually strictly necessary, and the boat stayed on dry land for almost a month, unused.
On the last day of the month however, I joined Brian on a stunning day weather wise, for a thoroughly enjoyable lure session after wrasse but with the odd good bass thrown in for good measure. This restored my enthusiasm somewhat but, then again, any trip out with Brian Is a 'hoot' regardless of what is caught.
On the pike fishing front, the river turned out to be as awkward as ever and failed to produce a single double figure fish all month despite some considerable effort. I did however, pick up a run of nine pounders and, in a way, isn't it ridiculous to put so much merit on catching pike of certain sizes? Surely a 'nine' is as good as a fish just one pound heavier?
My 'new' still water venue  finally opened its gates and allowed pike fishing to commence but it hasn't been especially kind to me so far, although I've seen others catch some very nice pike indeed.
Things started quite well, with a double figure pike (there I go again) with minutes of starting on my first ever trip to the water. But, for the reminder of the month I struggled somewhat and only managed to tempt a few small pike.
It'll be interesting to see what happens over the next few months with visits to this water. I'd intended it as a 'bolt hole, somewhere' to go pike piking when the river was 'out of sorts' due to flooding but, this hasn't happened yet this season. In fact, the river has been in pristine condition although this hasn't been reflected in the quality of the fishing. 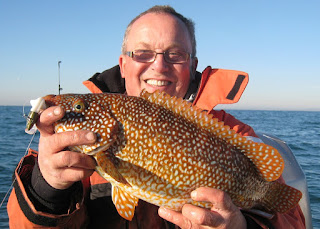 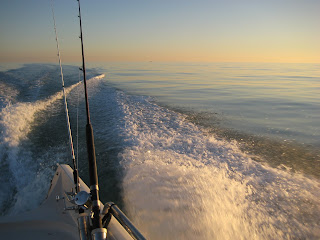