A much, much more difficult day today at sea due to the winds being considerably stronger than forecast- the plan was to mimic exactly the events of last week's bumper session.
Gathering the live baits was challenging, but Brian and me soon had enough in the tank for the session and along the way, my crew mate also picking up a couple of tidy tub gurnards, to 2lb 12oz, on our baited sabiki rigs. 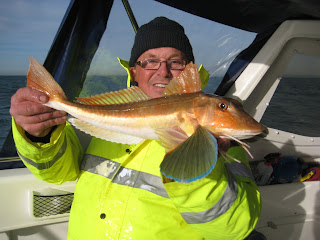 By the time we reached the bass mark with the tide ebbing, the wind had picked up so much it was actually pushing us against the flow making float fishing virtually impossible as the baits were being strung out and rising to the surface.
A switch on both our outfits to a straight leger raised a few feet above the sea bed did the trick but we still needed an 8oz weight to maintain a vertical line.
I just could not get the boat to go where I wanted it but eventually, by placing it dead on the mark that produced so well a few days ago, my pout live bait was taken within seconds of dropping to the sea bed.
Not a big bass, probably a five plusser, but a welcome sight nonetheless and the first of 2017. Unfortunately that was to be the only take on the live baits. 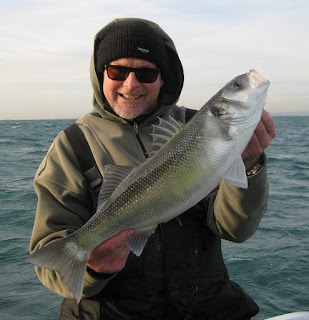 On the run home we were treated to a spectacular sunset to end a tough, but as always, enjoyable day afloat. 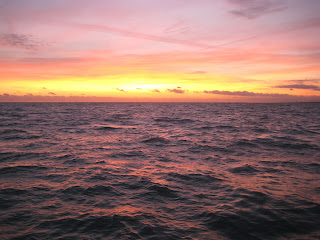