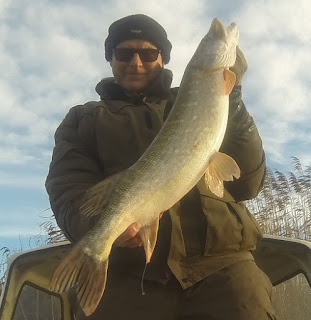 One of many 'nines'
Looking back over my pike catches in this month and things have improved, although there were also several slow days in the mix. A completely blank day however was something of a rarity.
The still water continues to challenge me although I did get a fifteen pounder on a very foggy day early in the month which decided that it wanted a slice of my pink 'manns' shad. Lures seem to work quite well on the water due in no small part to the superb clarity I suspect, and its a method that I will be pursuing in the future.
Trolling, on the other hand, has proved less successful only producing a couple of small fish, which I find surprising as the venue lends itself well to the method.
On the river there were a couple of notable days where sport was Interesting to say the least.
The 8th, a very mild day weather wise, gave me an excellent session with doubles of 18lb 5oz ( my best of the season so far) and 17lb 4oz along with an upper single from the same area.
A short move upstream subsequently produced a 12lb fish to round off an excellent day's piking. Following days produced another double and yet another 'nine' which seem to be showing up regularly this year, along with a couple of lower 'singles' which made for a week of good pike fishing.
I've been spending a bit of time pre baiting a swim with dead baits in an attempt to attract pike to a swim which has never actually produced one in the past. My choice of location was governed more by convenience than anything else being in close proximity to the mooring and most of the baiting was done late in the day, sometimes in darkness.
I'd never caught a pike in the dark before despite often continuing to fish well after dusk on many sessions over the years.
On Christmas eve, having taken an eleven pounder earlier In  daylight hours, I decided to finish the session at the baited swim and stayed well into darkness. Eventually fishing just one rod and barely able to see  my float I managed to winkle out an 8 1/2 pounder on a live bait  from the baited swim . Obviously I cannot draw any conclusions from this capture but there may be some merit in the pre bait technique and, if its practical to do so, I might try it again in the future.
My final pike session on New year's eve, fishing with Dave, proved to be one of those rare blanks but mattered not in the slightest because I was still buzzing from a session the previous day, which deserves an account all to itself.
﻿
﻿ 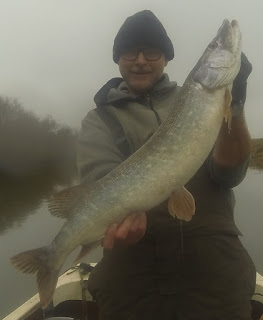 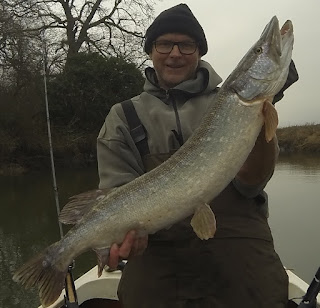 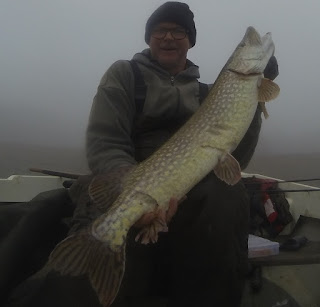 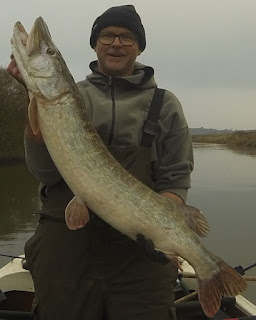 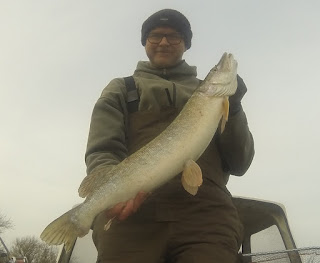