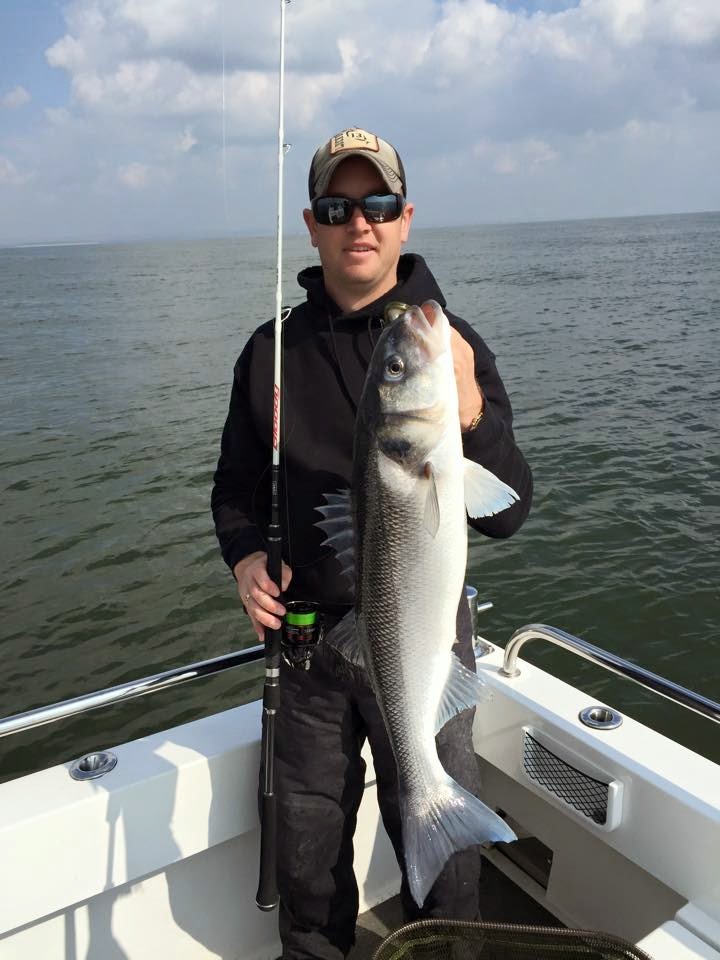 A double for Martin on the Blueprint.
26th- I joined Martin today for a run out on the 'Blueprint' for a lure only session  hoping to cover some different ground to those marks fished of late. Martin has a very impressive side scan  electronics image package on his boat and this certainly allowed us to see fish that normally we would miss although this still doesn't make them any easier to catch.
We did however, pick up quite a few bass including an impressive brace of doubles to the skipper on consecutive casts !!  an amazing feat which this very skilled angler took all in his stride. 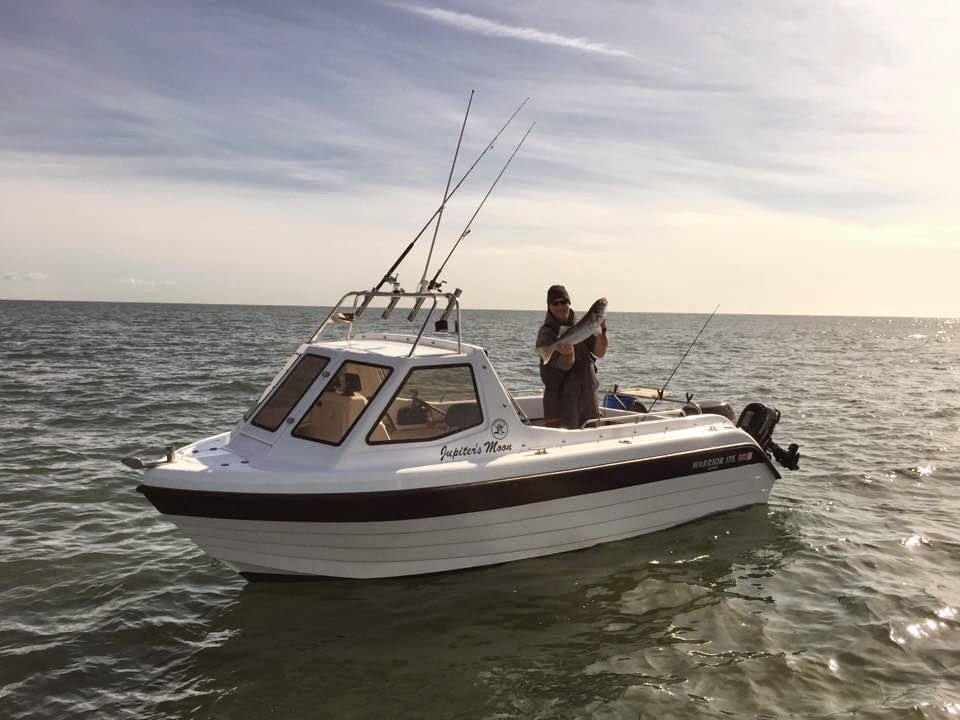 My eight pounder
26th I sneaked out early again today and after quickly finding the whiting live baits at anchor, set up my drift and put five decent bass in the boat to 8lb 2oz...I should have doubled that number but suffered a run of dropped fish possibly by tightening up on the circle hook a bit too prematurely however, things are improving.
Martin joined me after a while  and managed  to take a
this pleasing 'boat to boat 'pic .
Twenty four hours later , its blowing a hoolie and the sea is all churned up. I suspect that clarity will suffer for several days after these winds.
Posted by Unknown at 11:26