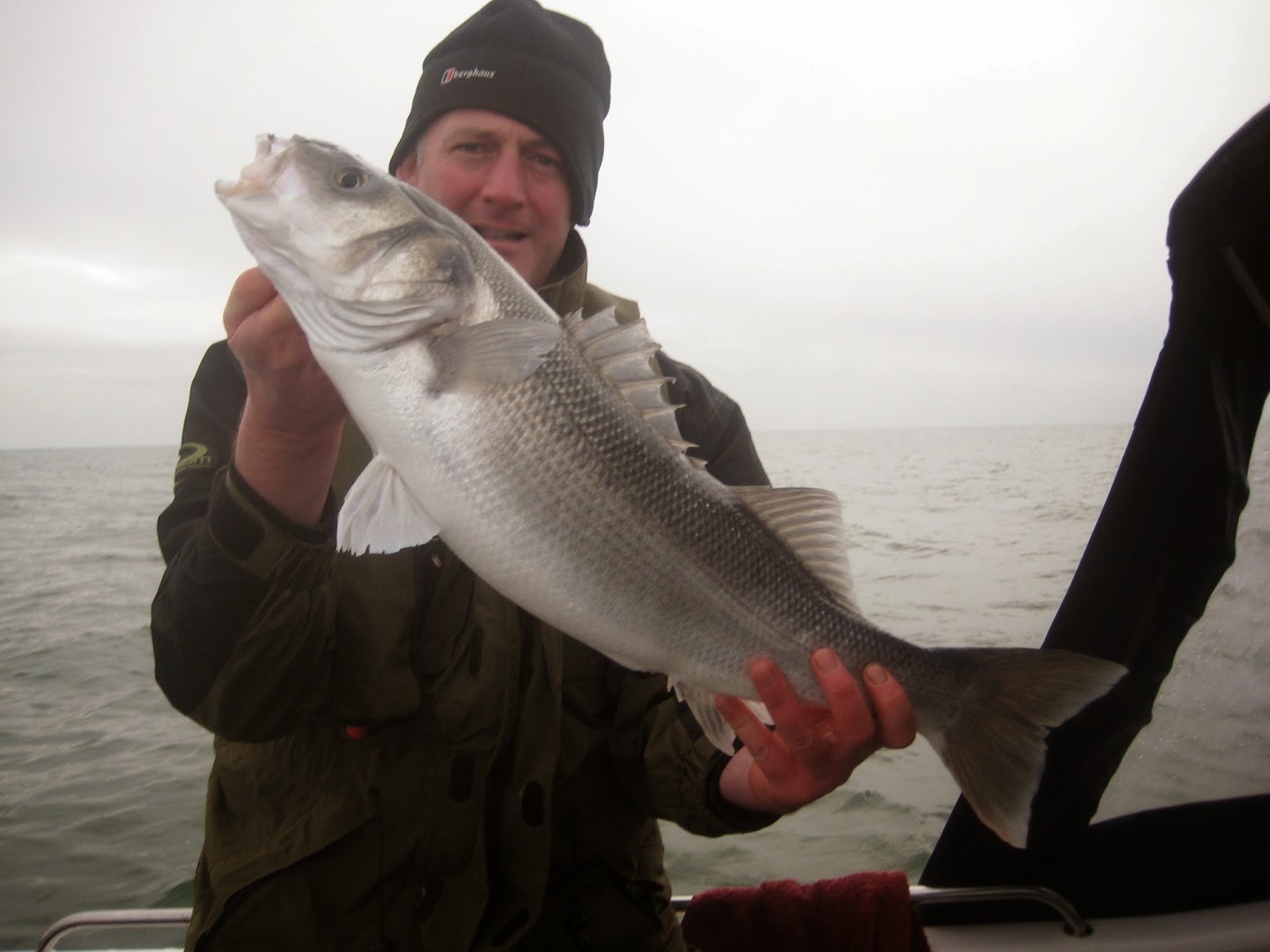 9-00
23rd-Back out today after an early start (0500 at the boat)  and once again I had 'the ' mark' all to myself for quite a while..  Just wrasse and pollack over slack water although I could clearly see shoaling bass on my sounder and , as the tide started to flood a run of three pounders (bass) soon hit my swat shad.
Rather conveniently.......I managed to foul hook a four inch pouting. This was immediately deployed on a float live bait rig and smashed, literally within seconds of entering the water, by a seven pounder on the nose- my best of the session. The power of the live bait!!!!
As a more civilised hour approached the mark gradually became more populated with boats so I elected to drop the anchor nearby, and seek out some whiting live bait. It took very little time to fill the bait tank but, by then, the mark was truly 'crowded' so I decided to look elsewhere.
I carefully scanned four alternative reef marks for signs of fish but nothing showed up on the sounder and the whiting were released to grow bigger!

24th.  Dave joined me for today's run out and  yet another early start . This time, decided to begin by filling the bait tank with whiting. A by catch , on black lug tipped with squid, was a tiny starry smoothound......Spring has indeed arrived.
Wrasse were plentiful on lures but the bass were sparse on the mark ,with very little given away on the sounder. Eventually this fine bass hit my crew mate's live bait-a new p.b for him at nine pounds -a fish that we'd worked extremely hard for. Unfortunately that was the only bass to show and by lunch time we were back on the mooring.
Posted by Unknown at 10:58