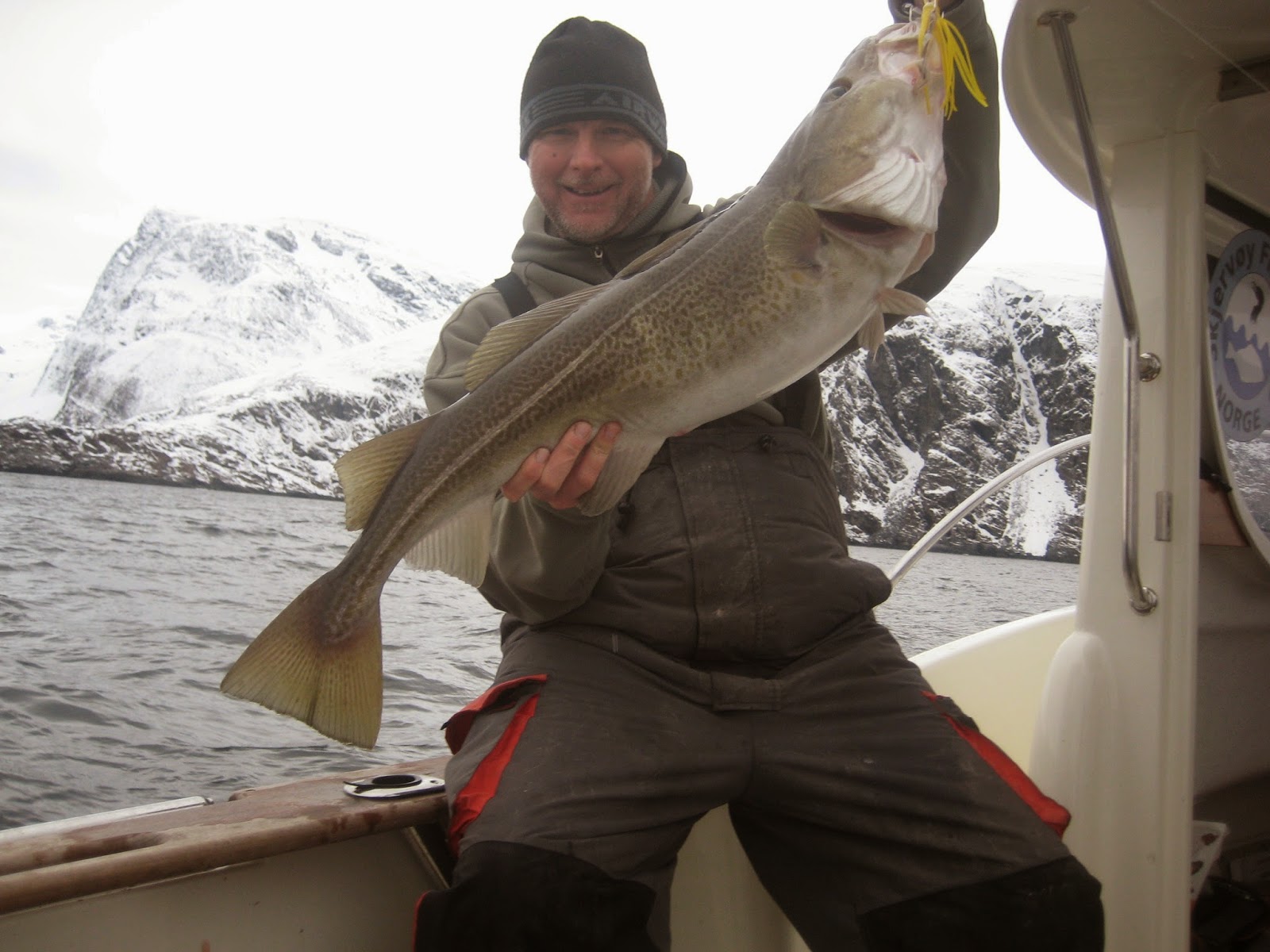 When my good mate Dave Nevatt told me that he was looking for someone to skipper a boat on a trip to  Norway, I didn't need asking twice. Despite not having visited the region before, I've had a long standing interest in Scandinavia fuelled no doubt by the excellent crime drama films that the Nordic countries produce of which I am a great fan.
Skjervoy is a small town in the Troms region of the country situated well inside the Arctic circle and , even though we are well into their Spring season, the weather, as can be seen in the photographs could be quite challenging at times. We flew in via Oslo, and Tromso reaching our final destination by road-a fascinating four hour drive through some of the most breath taking scenery I've ever seen.
Our accommodation,  at a 'Fiske camp', were self catering, timber built cabins just yards from the tiny marina which was fully equipped with a filleting shed, and a blast freezer.
After a quick introduction to the self drive boat-my ride was an Arvor 215, we were left to our own devices. Our party comprised nine members of Dave's family and friends and I took three crew members with me on the Arvor, which proved to be just fine for a craft of this size. The boat came fully equipped with an electronics package(Lowrance) that I was familiar with (same as my Warrior) and , by asking a few questions, it didn't take too long to find out where we needed to point the bows.
All of the fishing was done on the drift, and the most productive ground seemed to be offshore plateaus of about 300ft in depth.
We used 30lb class gear and on the end that counts attached, either pirks, or huge paddle tail shads such as the 'beast' in the picture. The pirks tended to find the fish, but the shads seemed to single out the better specimens although at times, unless a stinger hook was used, fish could tricky to hook.
Tidal movement  was minimal and drift speeds were controlled by the wind which could sometimes hamper keeping the lures 'vertical', and thus fishing effectively.
We often needed up to 450grams of lure to achieve this and the majority of the cod were caught close to the sea bed, or occasionally 'teased' up on the retrieve.
Once a shoal had been located-very often it would show clearly on the sounder, we were able to return to repeat the drift several times as long as the wind direction was constant-not dissimilar to the bass drifting we do at home on the reefs..
At times the fishing could be quite hectic , and I can recall several occasions when all four of us were into  big cod at the same time. Surprisingly, the fish could quite easily be successfully returned usually by firing them back into the sea like a dart, which I assume oxygenated their gills and gave them a helping hand to get back down again.
We were extremely fortunate in the weather department, there being only one day when we needed to stay 'close in' to land to gain some shelter.
We did catch on these marks, which were generally only yards offshore, yet could be hundreds of feet deep, but usually only small codling showed along with the occasional haddock. On that particular day the wind died off at about 4 p.m and  the fishing had been decidedly average so I suggested to my crew that we bite the bullet, and motor about nine miles further to the offshore ground.
Including the travel time we only had, at most, a couple of hours to fish before having to return before dusk but both Dave, and our Polish friend Tomasz, were 'up for it' so we gave it a go and once we'd found them, it was a big cod on every drop. It made for a very long day afloat but was well worth the effort and I fully appreciated  the enthusiasm of my two crew that day.
By the end of the week our party had managed to fill nine, polystyrene cool boxes of filleted cod to take back to England and the remainder of ther fish caught were returned to fight another day.Nothing was wasted.
Our biggest cod weighed 34lb and we simply lost count of the 'twenties' we caught  virtually every day. Despite being a little early in the season for the best halibut fishing, three were landed with a magnificent 67lb fish going to trip organiser 'Uncle Jim'. We also saw a few wolf fish and torsk to add interest.
On the wildlife front, huge sea eagles entertained us along with pods of harbour dolphins which, when encountered, could be attracted close to the boat by tapping on the hull. Finally, as you would expect with this sort of terrain, the views of the landscape were truly spectacular and slightly deceiving in that , because of the sheer size of the mountains , land often appeared to be much closer than it actually was. 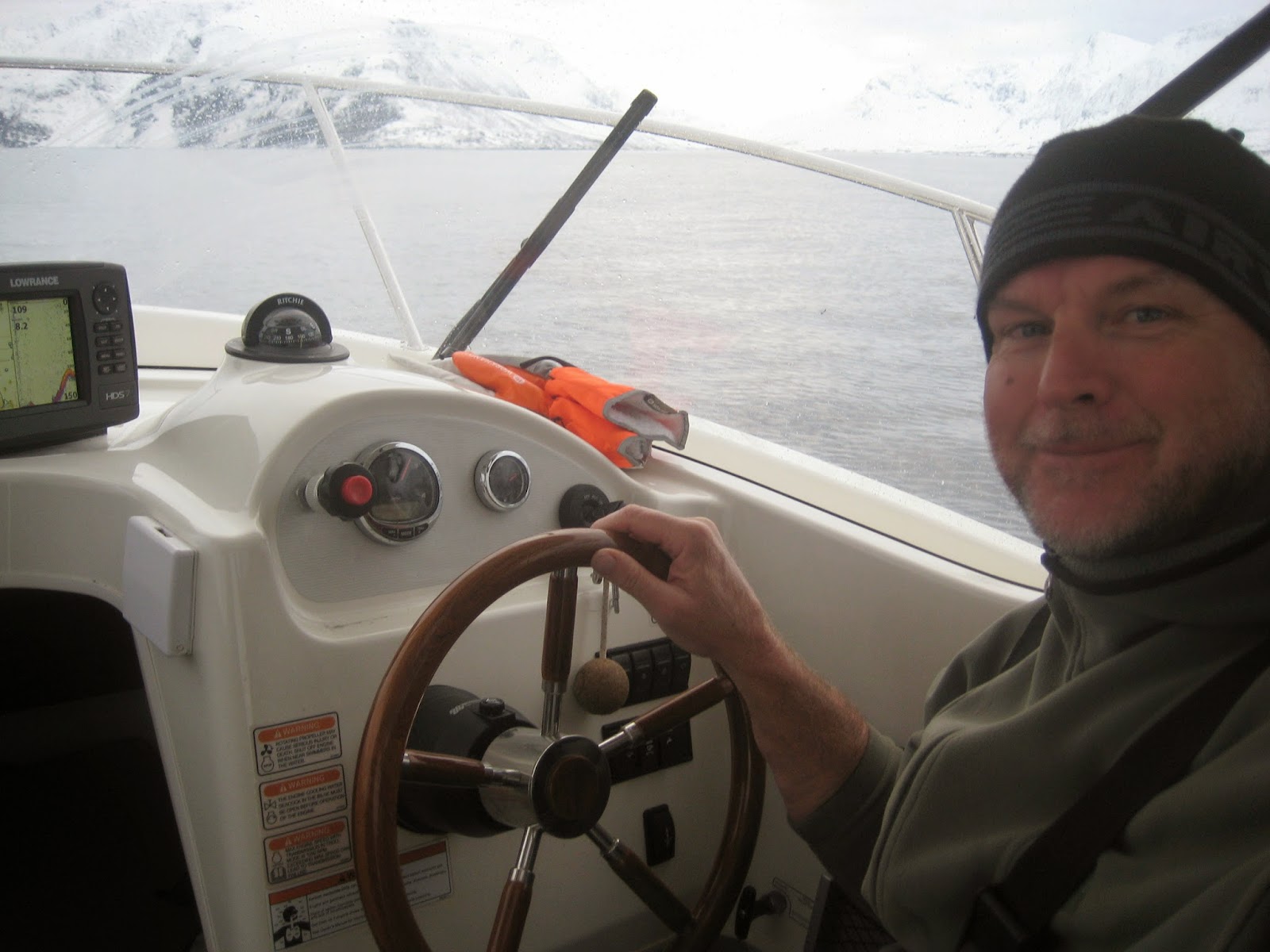 Skipper
As for the Arvor 215, I have to say that I became quite fond of this little boat during the week, and was actually quite impressed with the way she handled. They are a popular boat in Littlehampton and I'd been led to believe that they were a bit slow. Despite being a simple shaft drive diesel in a semi-planing hull mine easily achieved a cruise speed of 18kts which didn't drop by that much when experiencing a bit of a sea. On the flat, I squeezed 22 knots out of her and her diesel consumption was very good indeed.
Build quality and equipment were more than adequate and the all round visibility was truly excellent, as was the walk around cockpit giving easy access to the anchor when needed.  The asymmetric version , would be even better on th.is score as the cabin is moved over to the port gunwale.
My only criticism is the  huge engine 'hump' (cover)which I managed to trip over continuously. Its begging for a removable seat to be built on it. If I ever decide to buy a 'cabin' boat I'd certainly take a good look at these little Arvors. 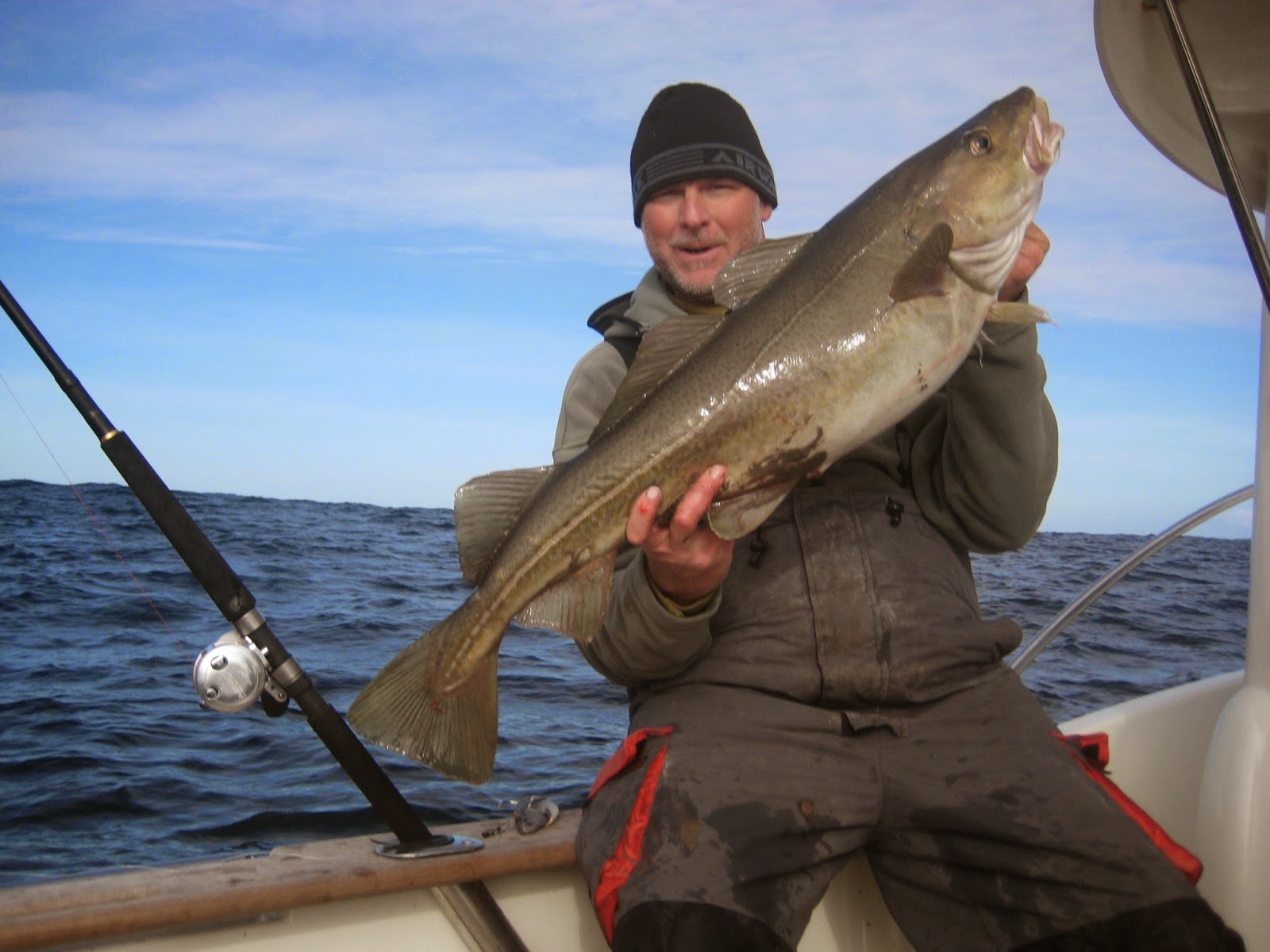 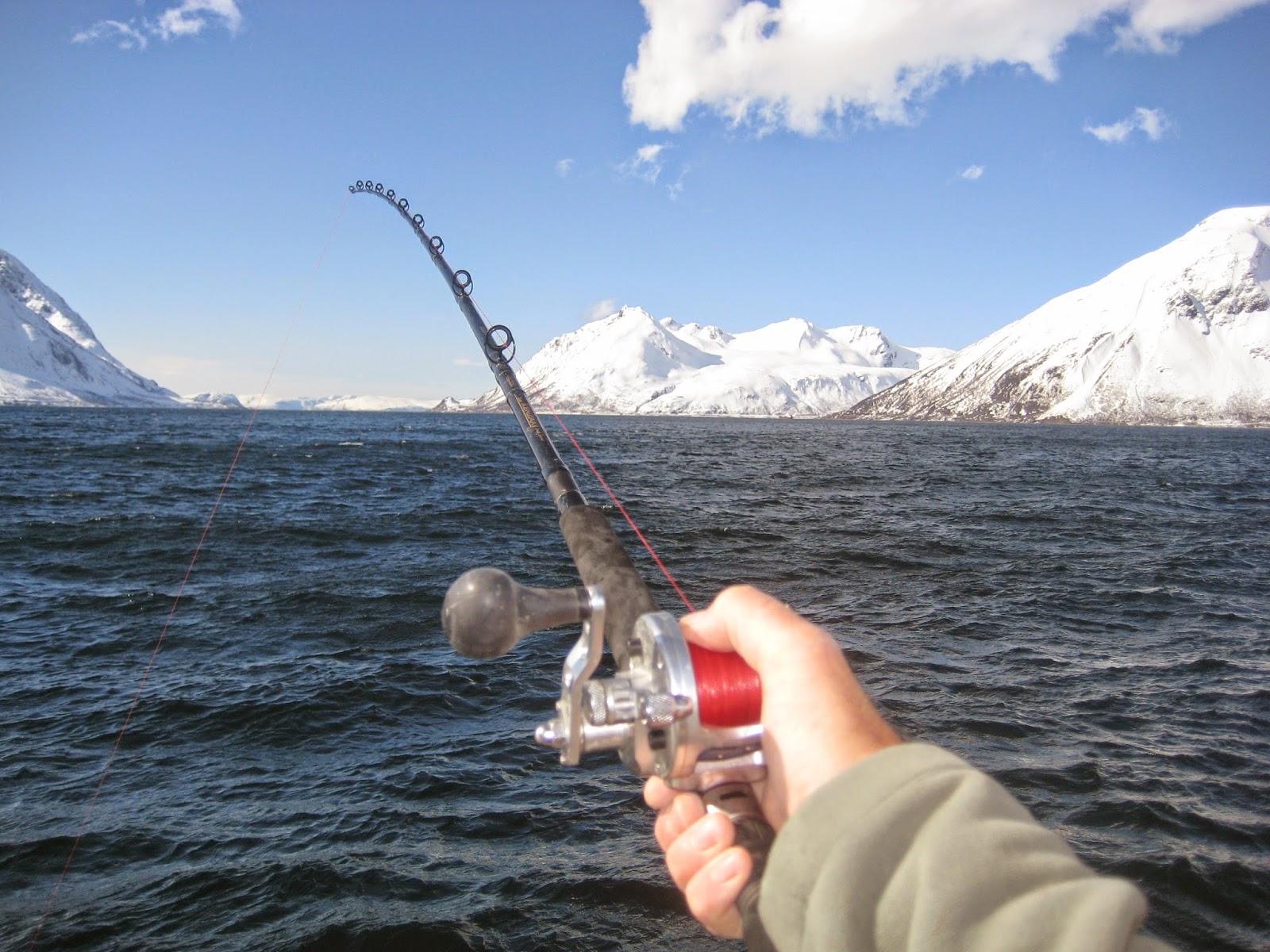 Overall , I thoroughly enjoyed this trip and would highly recommend it to anyone, especially those anglers who run their own boats in the U.K. They will, I'm sure,  find the fishing extremely satisfying as Its a case having to put a bit of effort and skill in to catch your fish.
Norway can be very expensive, but this package was very reasonably priced and if you shop at the supermarket and cook your own meals (I can highly recommend the cod) it can actually work out quite cheap.
We didn't really experience any 'extreme' conditions but it was useful to have full floatation suits along with hats and gloves at all times as, even in the slightest breeze, the temperature could drop to a very low level. I took just the one rod and reel and half a dozen lures and this proved to be more than adequate but local tackle shops tend to stock most of the necessary tackle if needed. However, I wouldn't recommend spending thirty quid on a huge pink monster shad only to lose it on the first fish.....Sorry Dave...I couldn't help myself mate. 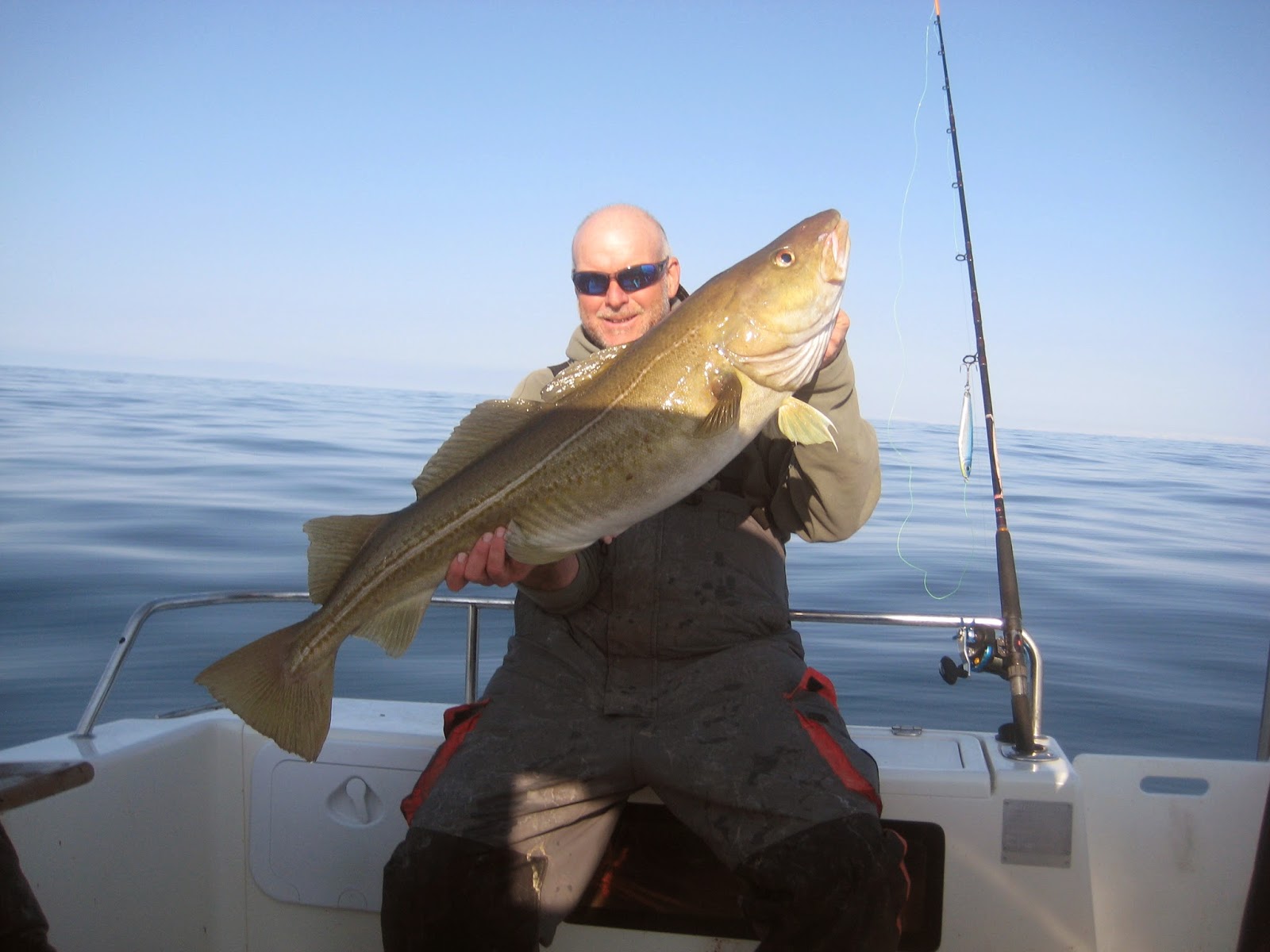 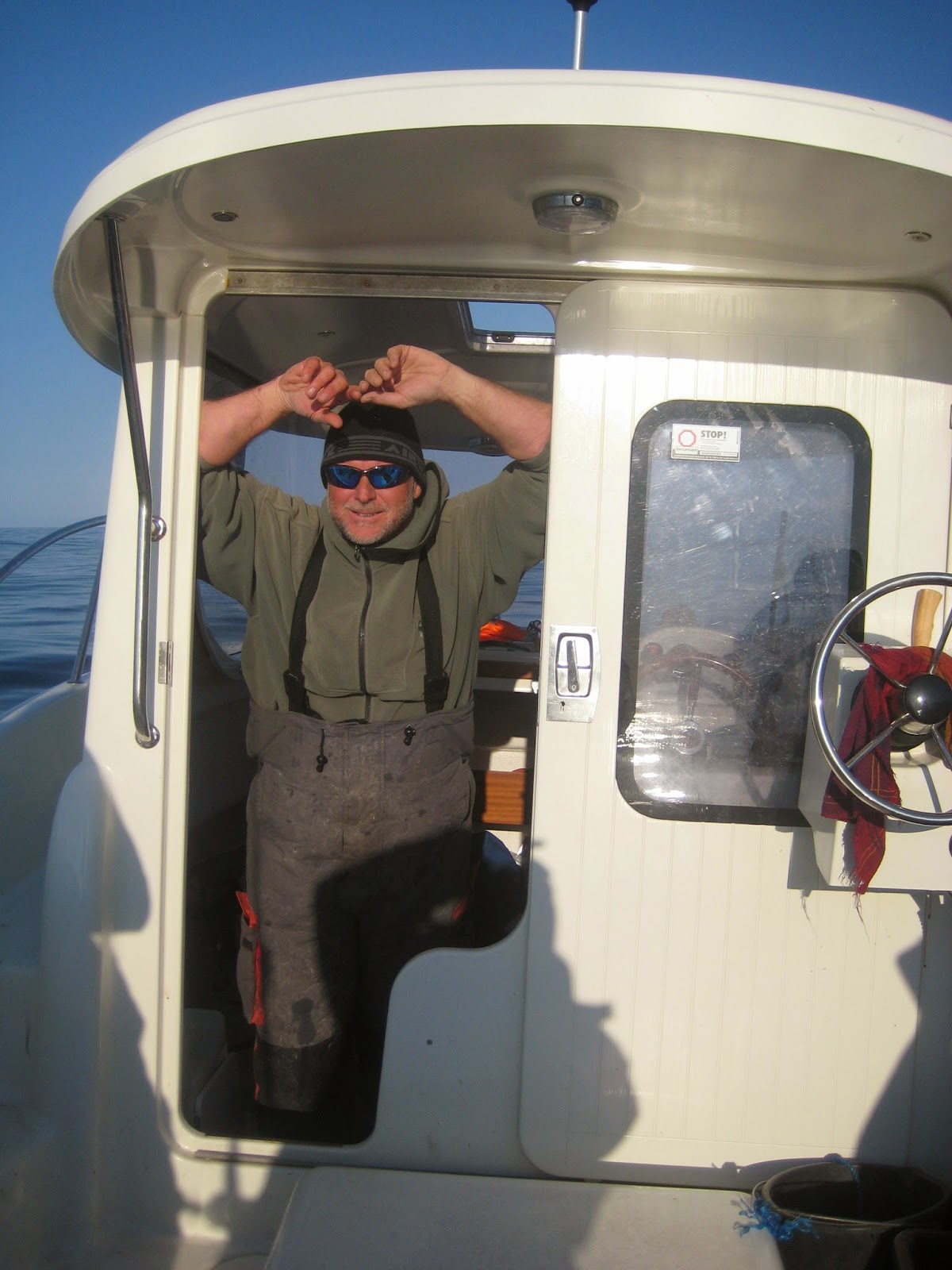 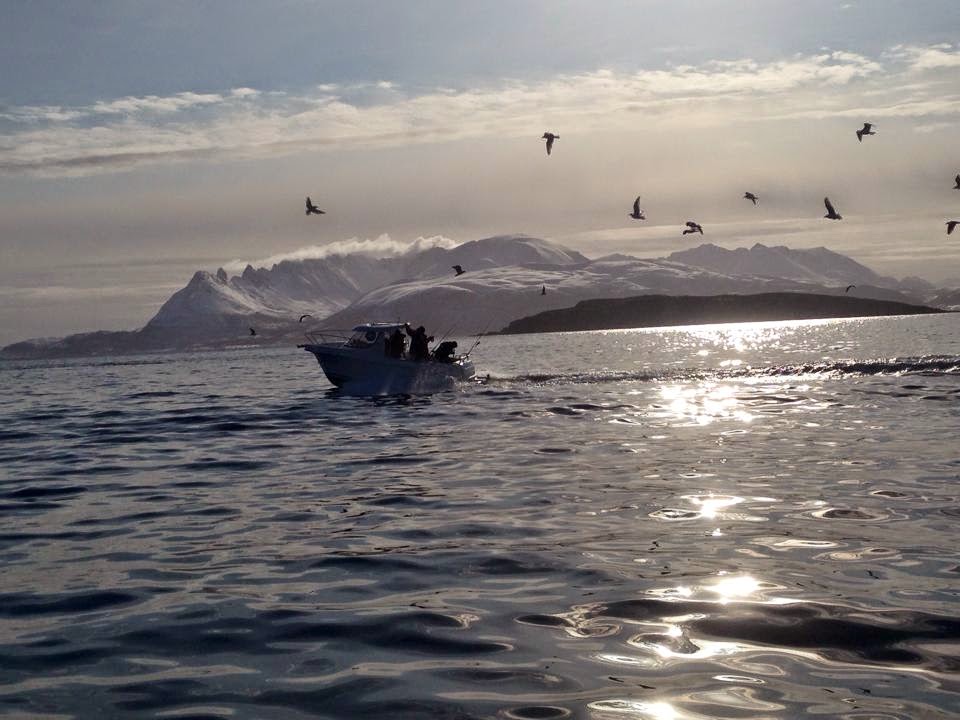 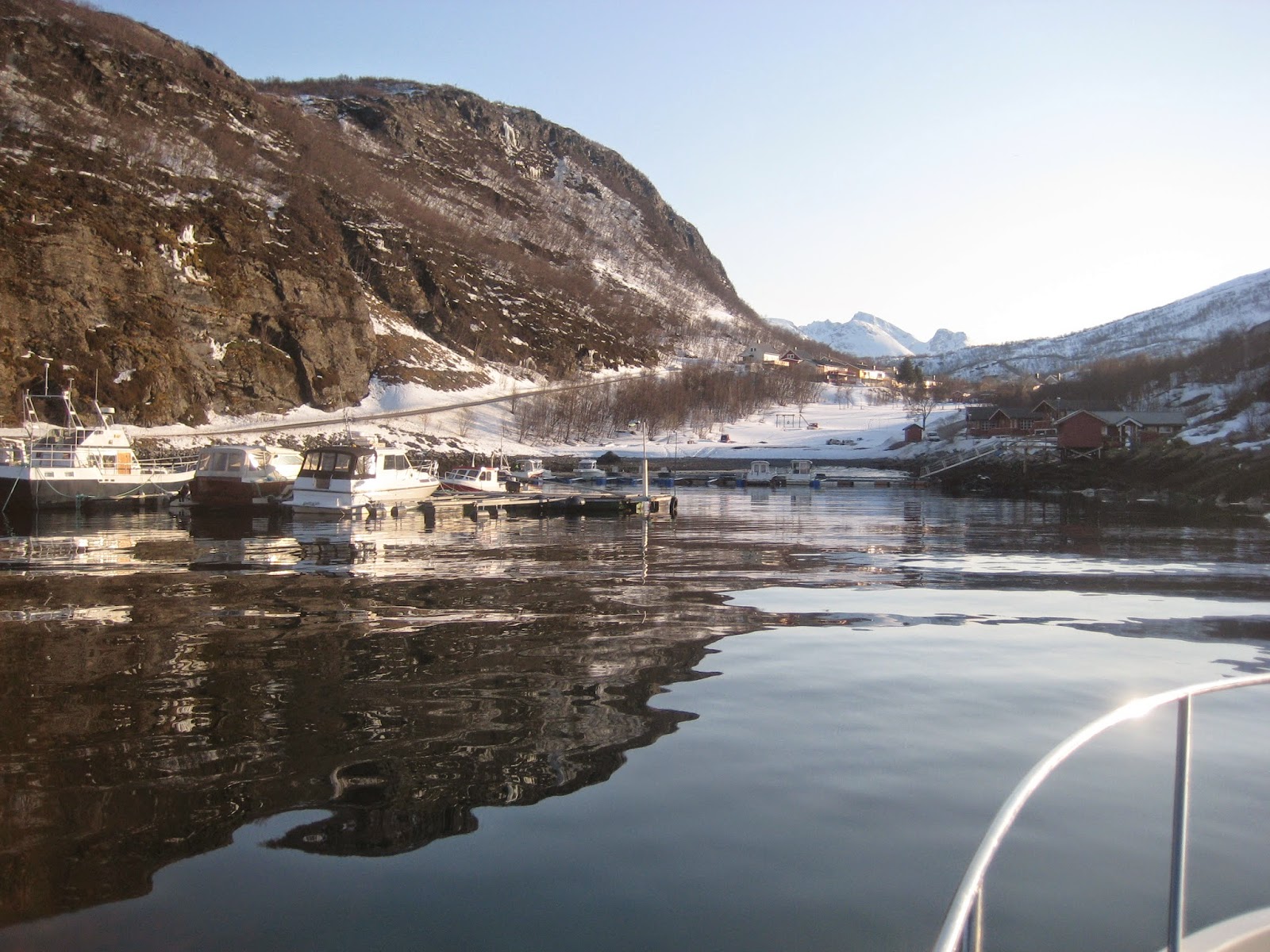 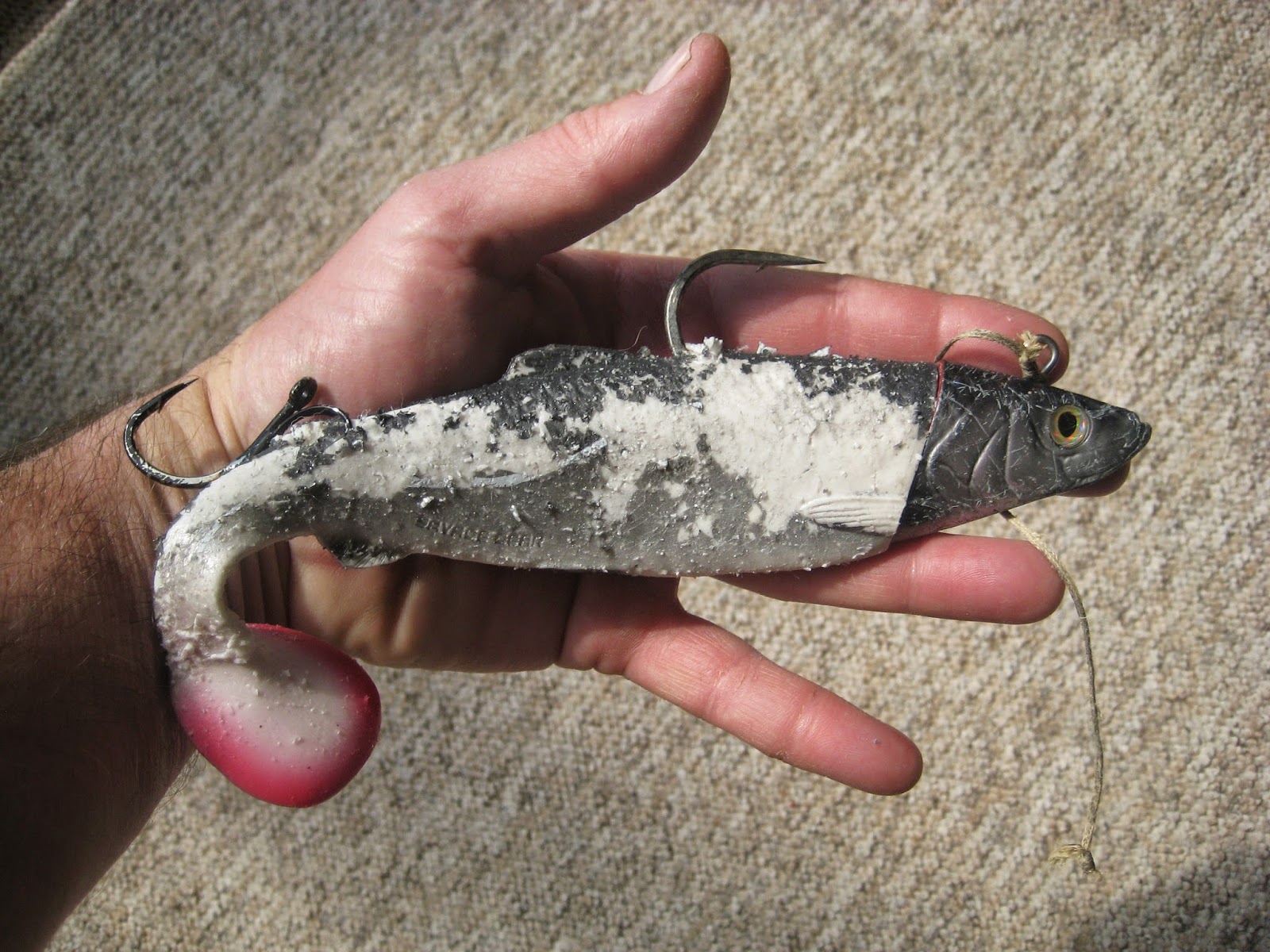 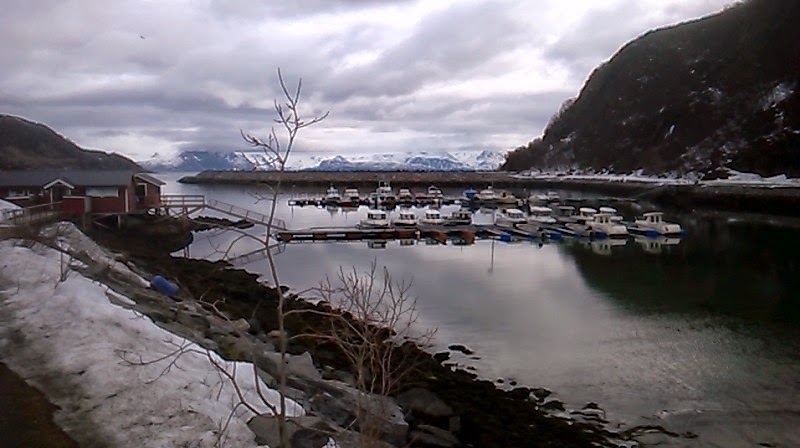 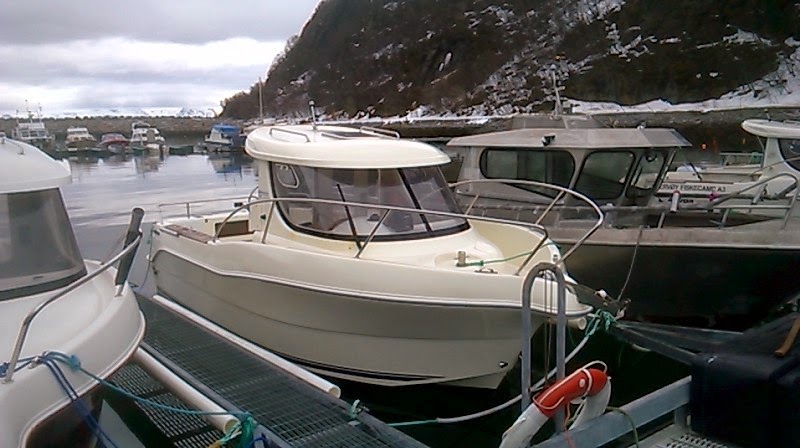 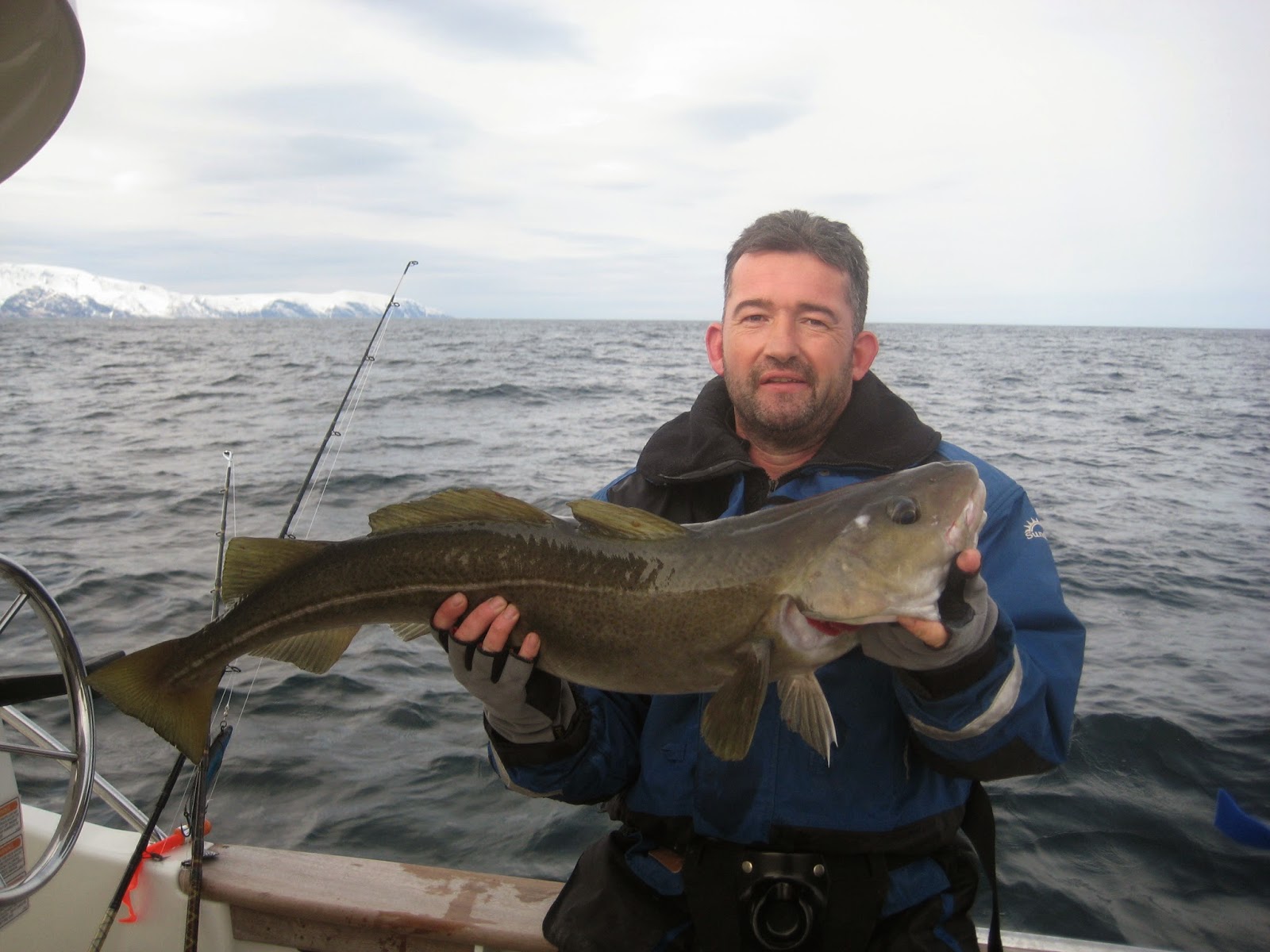 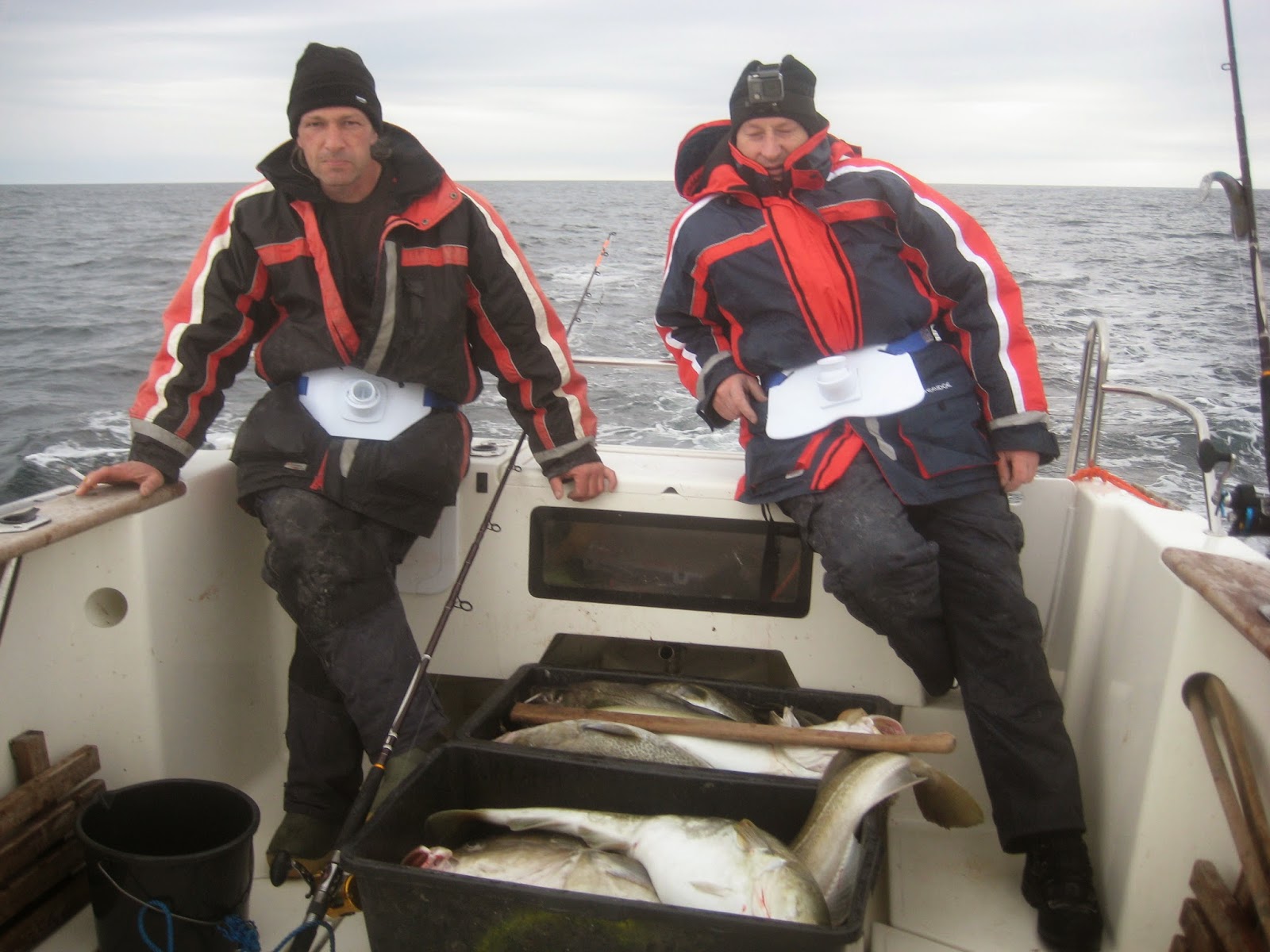 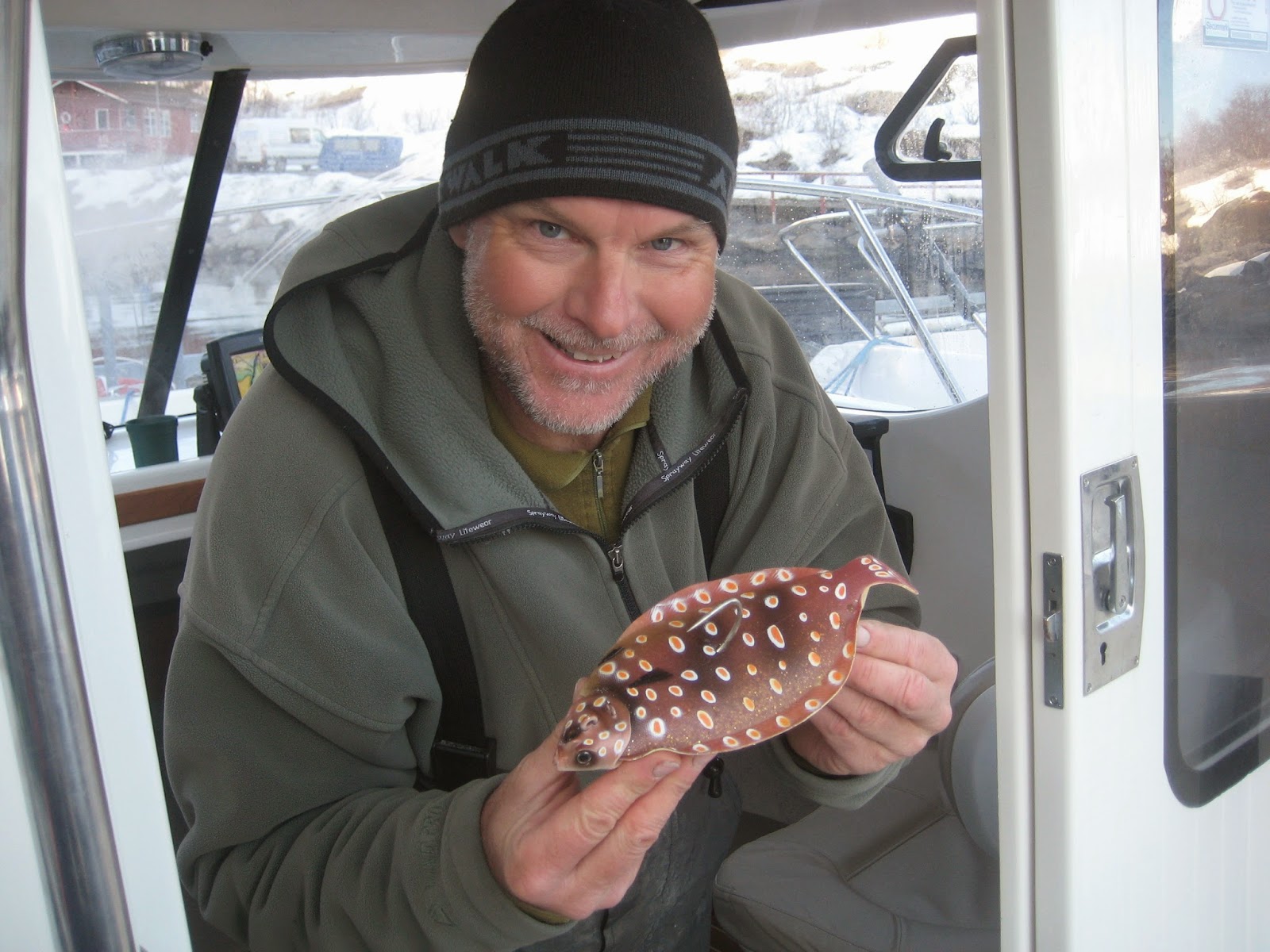 Flat Matt.....could be good for tope this lure. 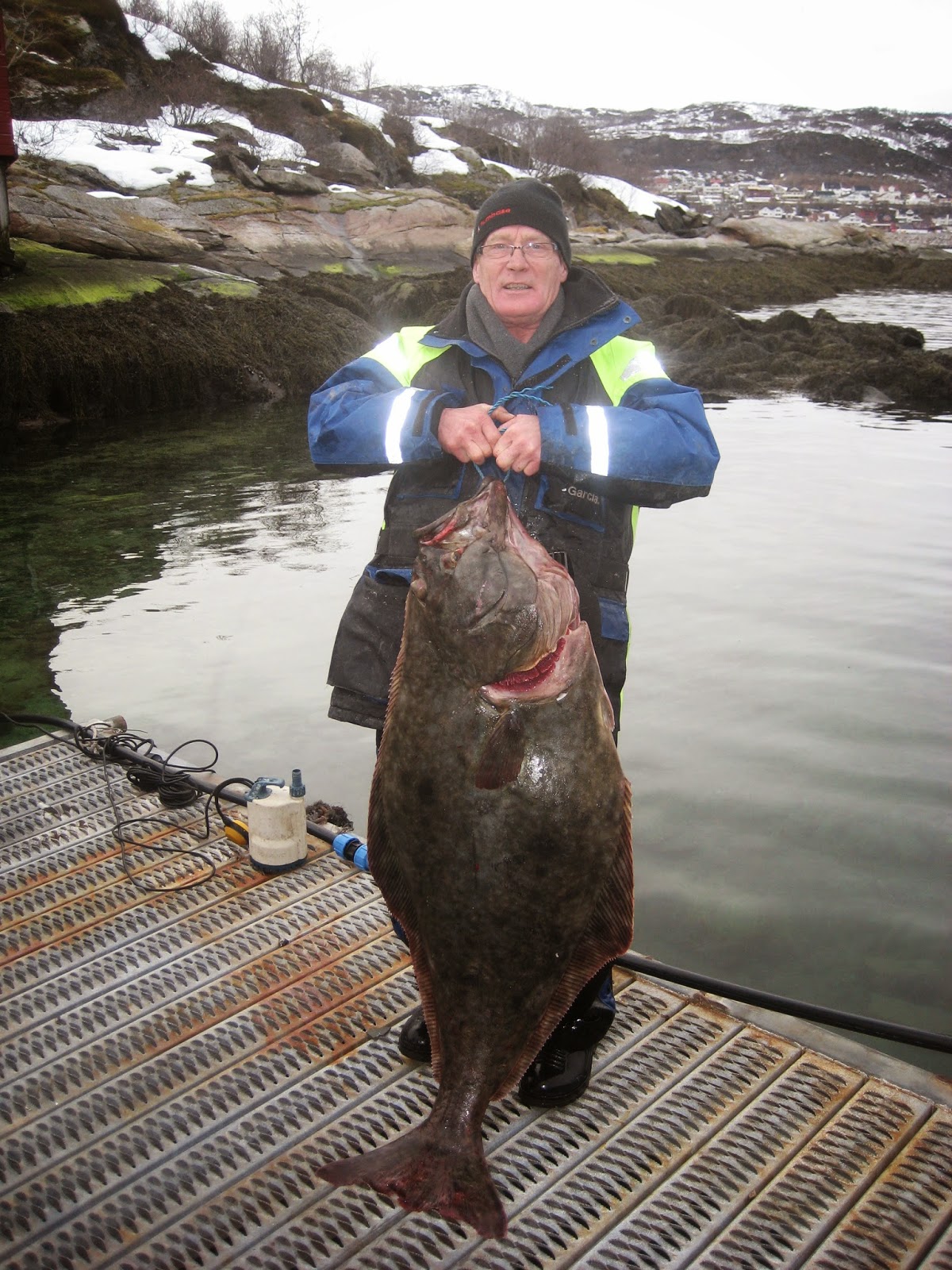 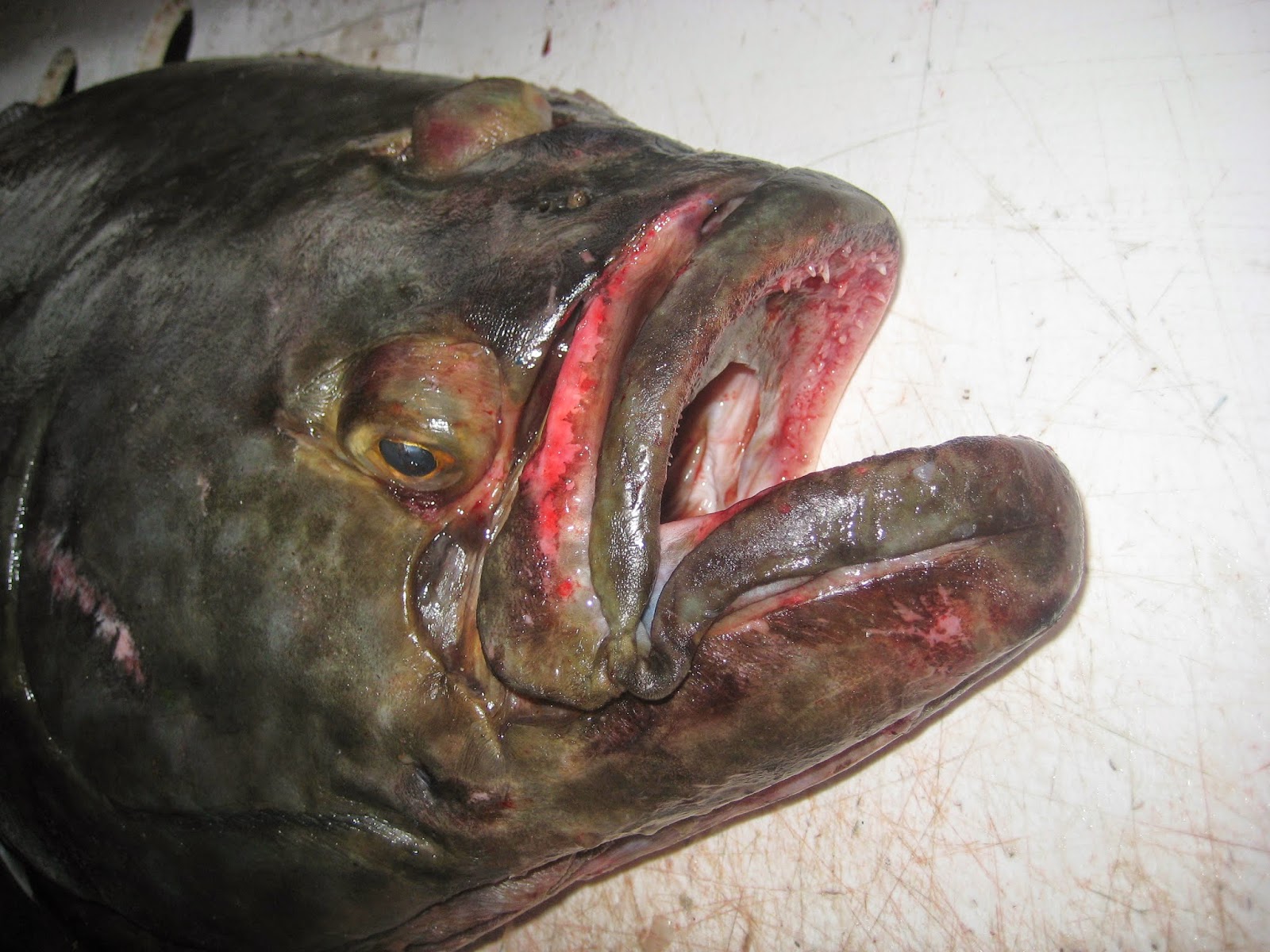 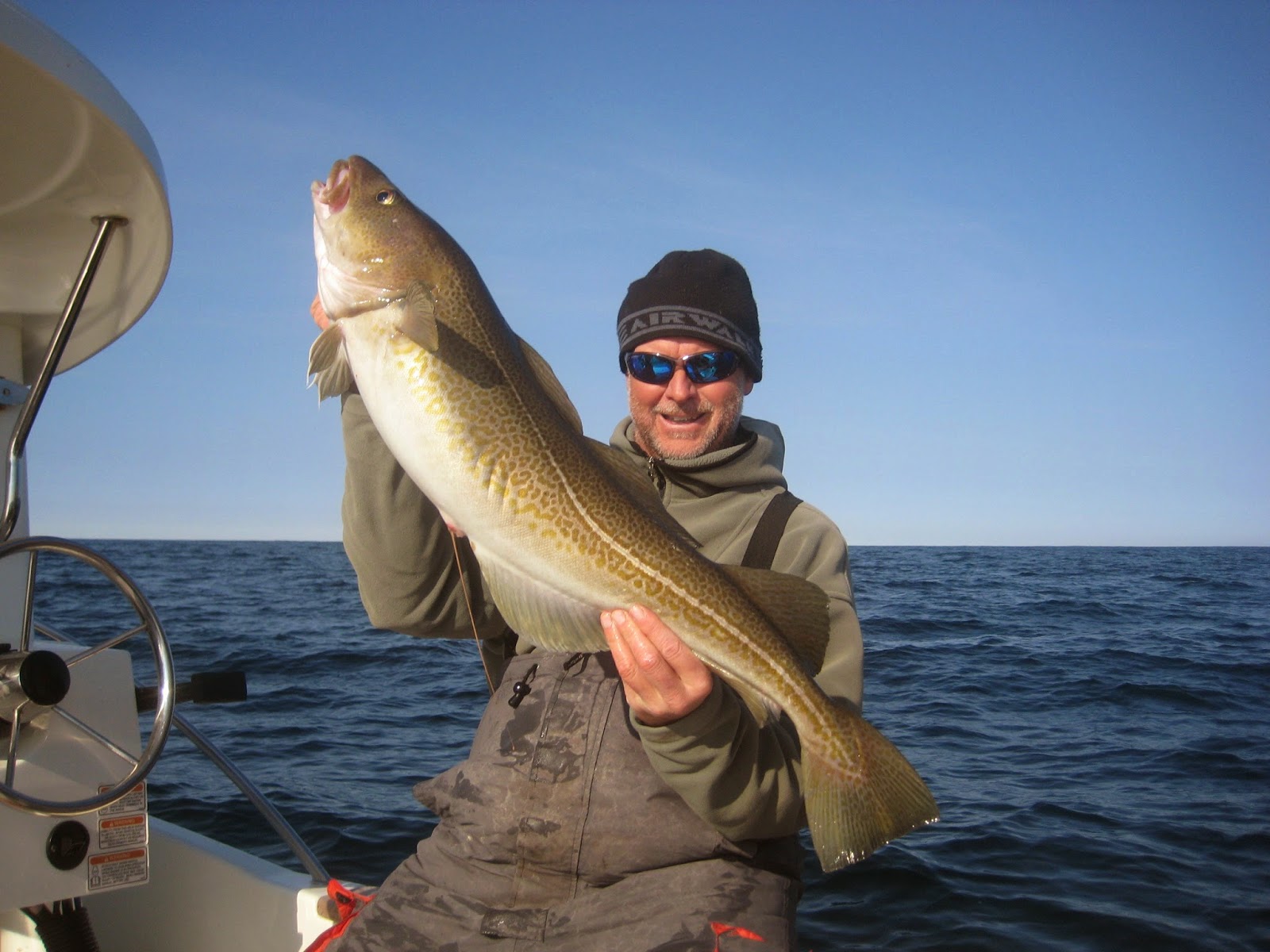 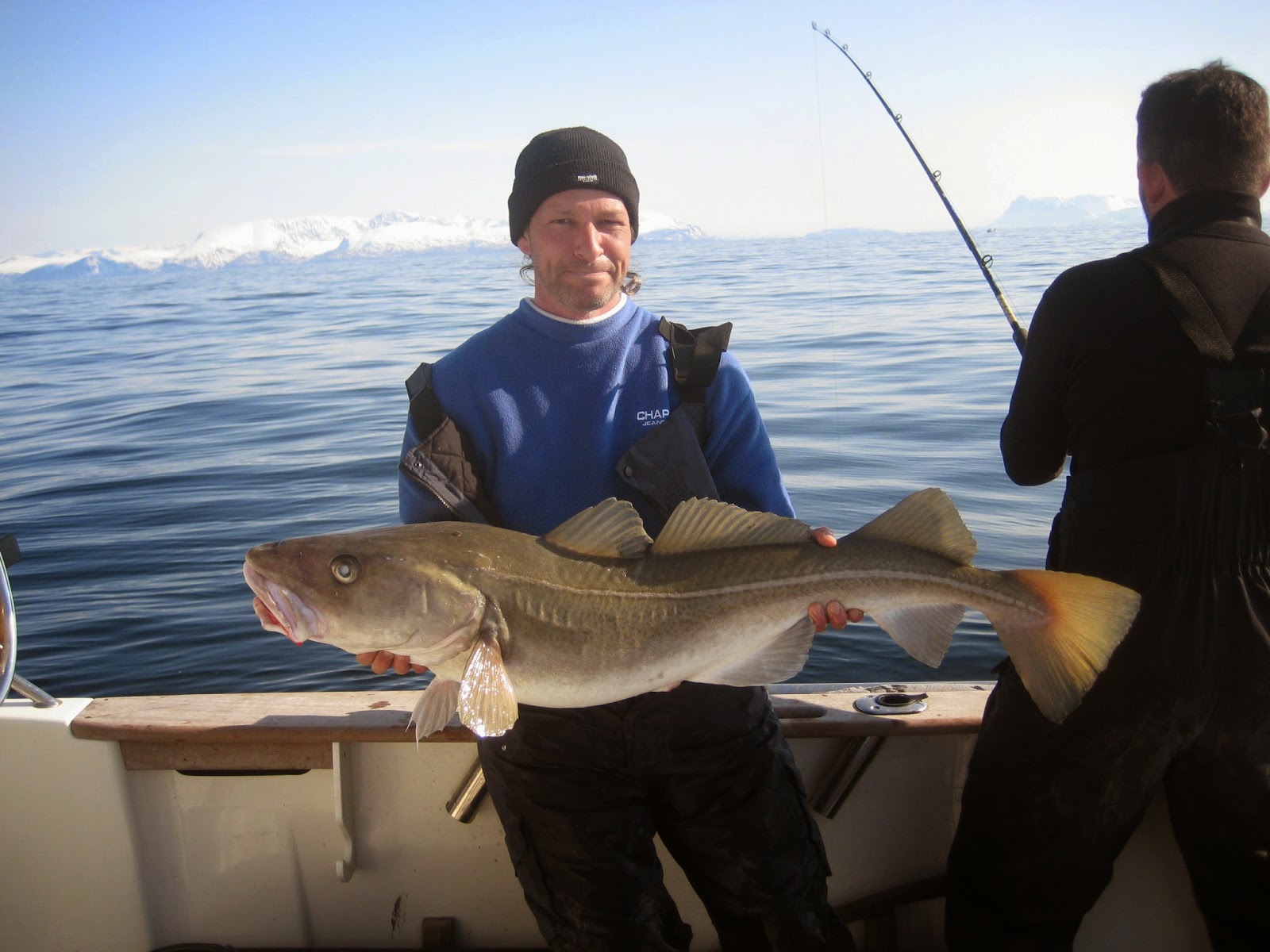