Having been quite successful with the zander hunt at Old Bury Hill lake earlier in the year, I decided it was high time I attempted to capture one from it's spiritual home in the U.K-Fenland.
I'd been given a hot tip , and plenty of information, on a likely area on The Old Bedford River in Cambridgeshire and having never even visited the 'land of big skies' before,  decided on a two day trip camping on site in a 'bivvy' borrowed from Dave.

Typically, as I subsequently discovered, my information was about ten years out of date, a zander hadn't been seen in the locale for some time and although the locals rather amusingly blame the recent influx of Eastern European workers for supposedly eating them all, a more enlightened theory was offered to me by local predator expert Mark Barratt, who believes that the pike and perch populations are actually gradually displacing the 'zeds' in certain areas of the Fens. With hundreds of miles of waterways up there, it would probably take a whole country of Eastern Europeans with voracious appetites to clear the zander out , so I'm inclined to give Mark's theory some credence.
You've gotta love the 'British' attitude sometimes. Basically, to put not too finer point on it, it stinks.
Whatever the case , I failed to catch a zander , but managed to get a few small pike instead though others with a more mobile approach, or a boat, did much better than me.
On the first day a local dinghy angler impressively hammered the pike in the boat pool where I was camped, by placing his baits directly below some moored narrow boats that were well out of my casting range.
On day two, mates Andy and Simon showed up from home , and Andy, using a roving approach managed to bag a couple of nice double figure pike to 16lb , in the dark,which is a new p.b for him-well done that man. Its a pity we haven't got a picture to include here.
I will have a return trip in the future to the Fens and, to target pike, especially if our local rivers are out of sorts. However, being static and tied to a 'bivvy' is not the most productive approach so, with literally miles of rarely fished water to explore, mobile methods would surely be better. 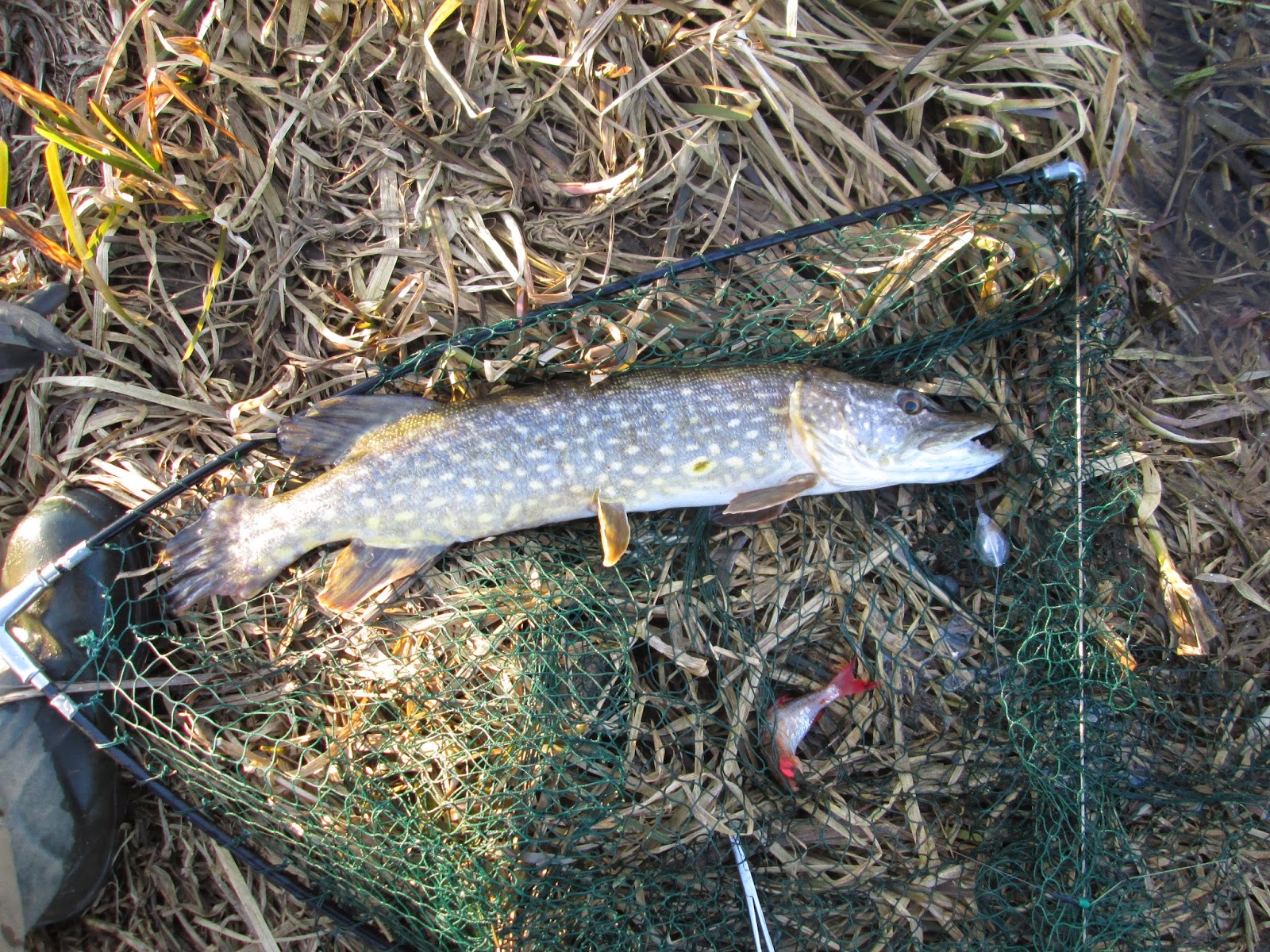