Brian is my new neighbour at the marina and today's trip was all his doing. I was at the boat yesterday afternoon 'tinkering' and 'gassing' ,as all fishing boat owners seem to do when they're not actually fishing, when Brian proclaimed that he was 'out tomorrow after the bream' and that the weather was looking fine.That got me thinking.
I had planned to do a bit of work in the morning and then go tench fishing for a couple of hours in the afternoon at the pits but, at 7-00 a.m this morning , I was leaving the harbour on my way out to the Kingmere in my boat. Sometimes it's just the way things pan out.
When i arrived , the only boat on the 'West End' was 'Lynander' and he seemed somewhat surprised when I called him up on the radio and politely asked If I might join him.' Go where you like mate'...........My idea of 'joining him' was to park up a few hundred yards away but still on the 'rough stuff'! 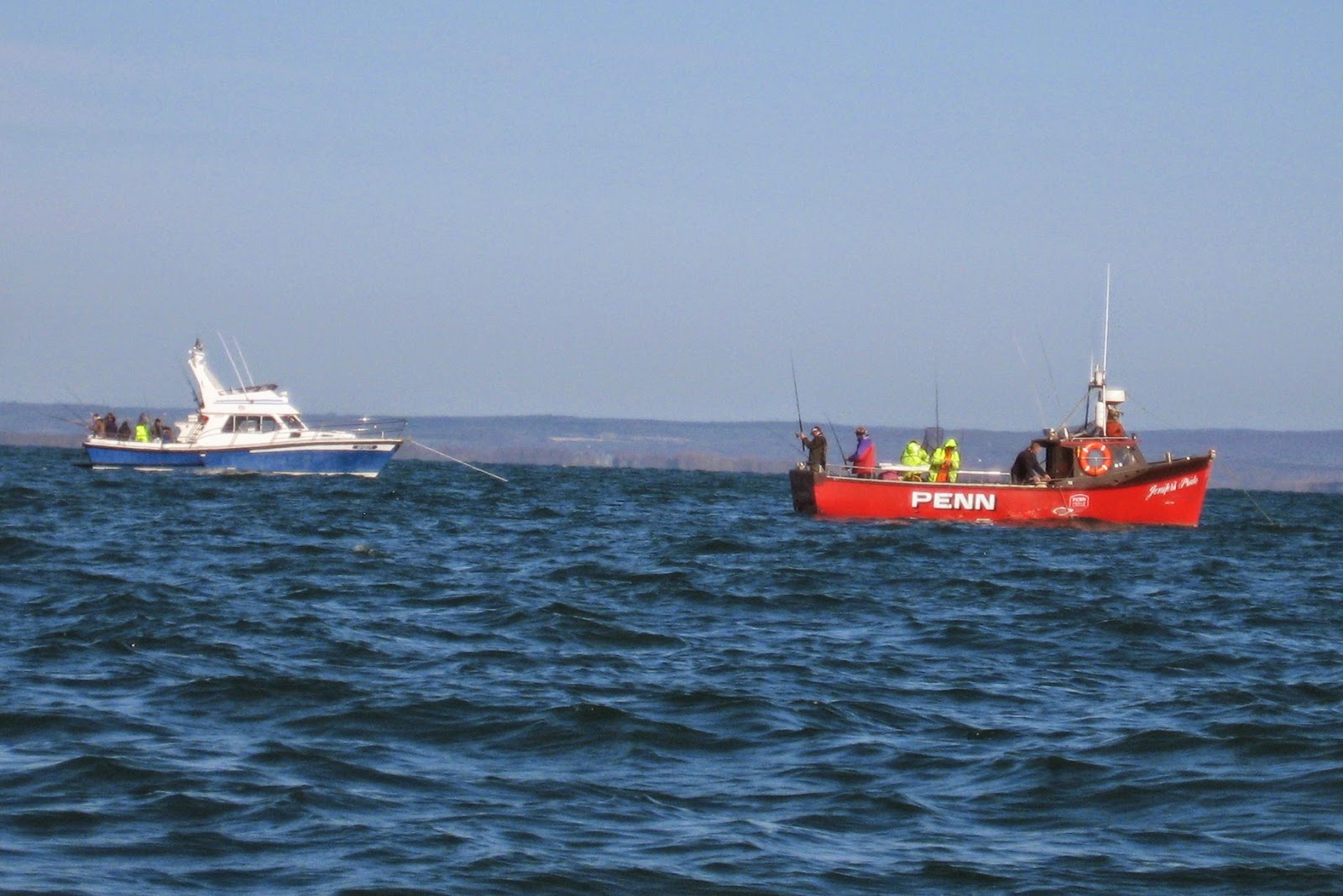 The tide was already ebbing quite nicely ,despite being a 'tiny' 4.5 m, and bites came from the off with my first bream, caught by design, of the new season.Sport was steady and,In the end I had about 25 -the majority females around a pound , with the best, a male of 2lb 14oz which , because of deep hooking, I took to eat, and which subsequently lost all his bold markings for the self take.In fact the colour went out of him within minutes of being dispatched-rather a shame as he was a fine looking fellah. 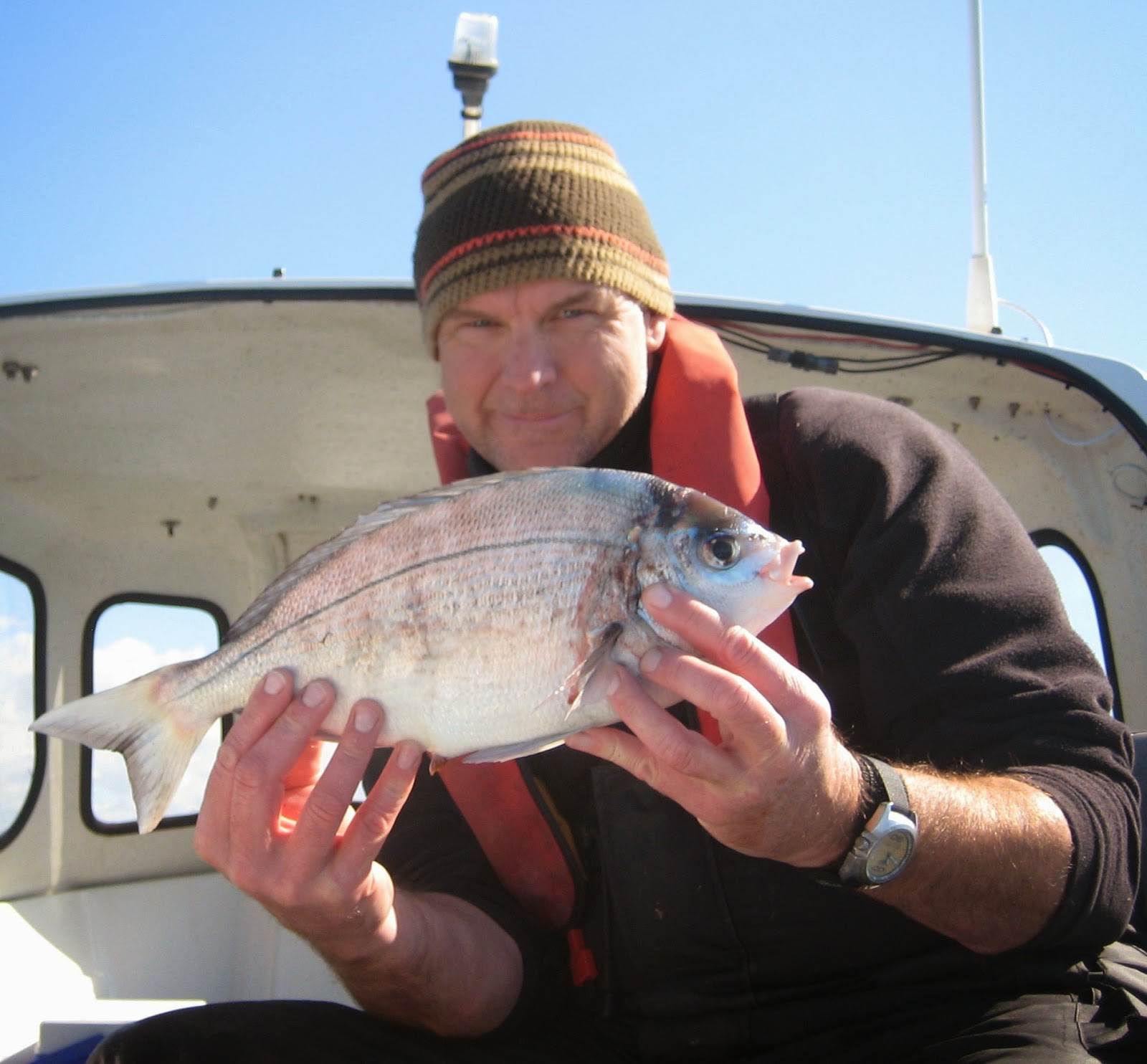 It was pleasent fishing with, at most, only four ounces of lead needed to hold bottom in the small tide. I experimented with a size 4 aberdeen on one rod, and size 1 viking on the other.It was far more productive to wait, and allow the bream to hook themselves rather than try to 'strike' at bites. The larger hook was the better choice and, when stuffed with squid, seemed have a more successful  hook-up rate, result in less deep hooked fish and this is the way I'll go with bream hooks in the future.The far stronger hook will also give me a fighting chance when those big undulates start turning up.
Bites seemed to come in waves with obviously, shoals of fish moving through, however the short period that was fished on the flood, at the end of the day, produced only a couple of fish. .
As well as the bream, i had a couple of  nice pollack 2-3lb on drifted feathers over slack water, and also tried a spot of float fishing , unsuccessfully, at the same time.Worth another crack at this in the future though.
Brian joined me on the mark in his 'Fastliner', along with 'Pinchers' in his 'Longliner' for a bit of a social and an 'Orkney' owners club gathering, whilst the 'big charter' boys were represented by Neil in 'Spirit' and Steve' on Jennifer's pride to keep 'Legs'-Dick Leggett skipper of 'Lynander' company...an esteemed gathering indeed. 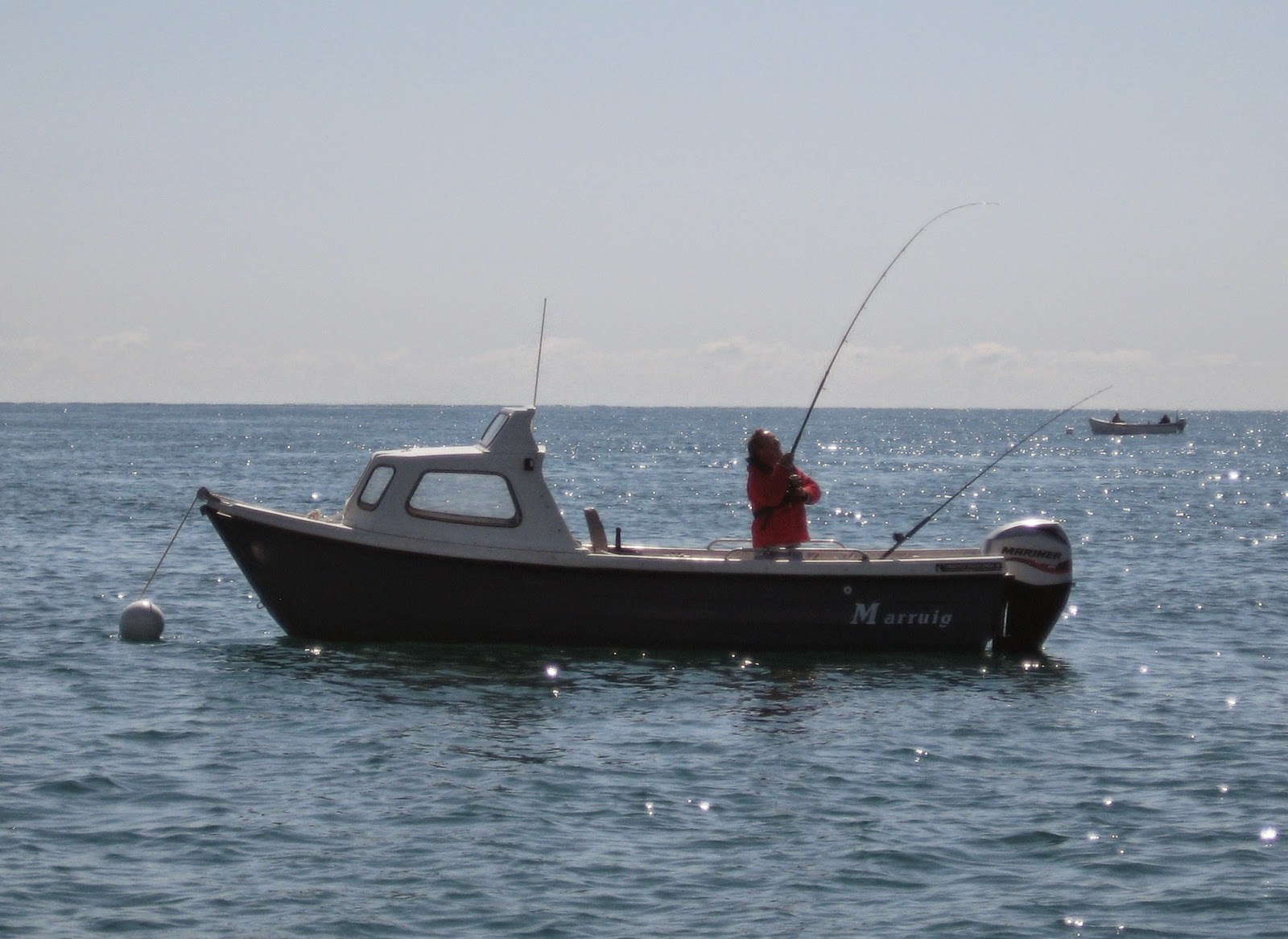 As usual it was entertaining and educating listening to their 'banter' and watch their moves..I wonder if they realise that I hang off their every word.LOL
From my own experiences, and what I've gleaned from others,It's probably a good idea to hit the reef bass on the bigger tides, and go for more general fishing on the lesser.Tactics that will also keep me' fresh' this spring. 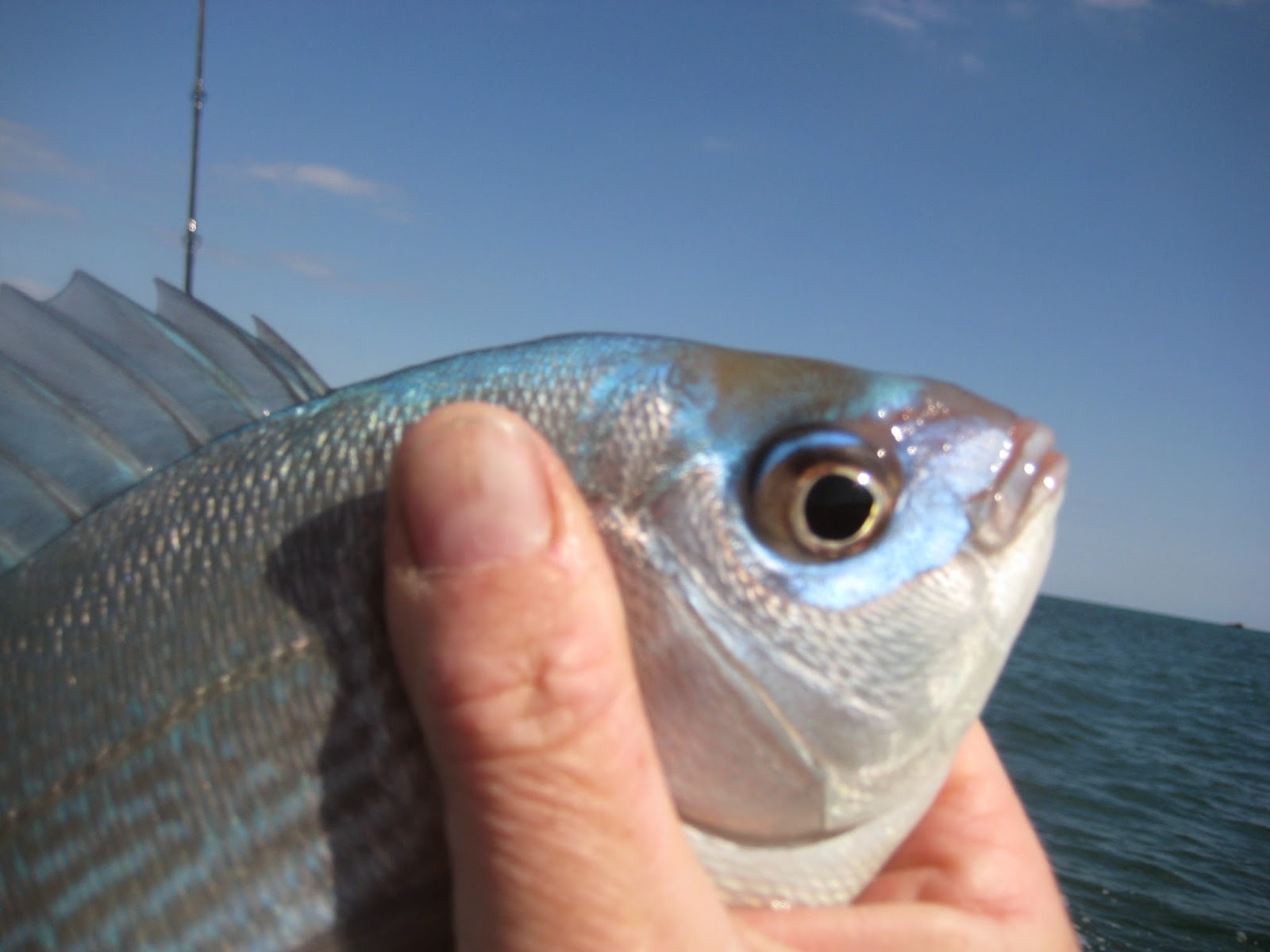