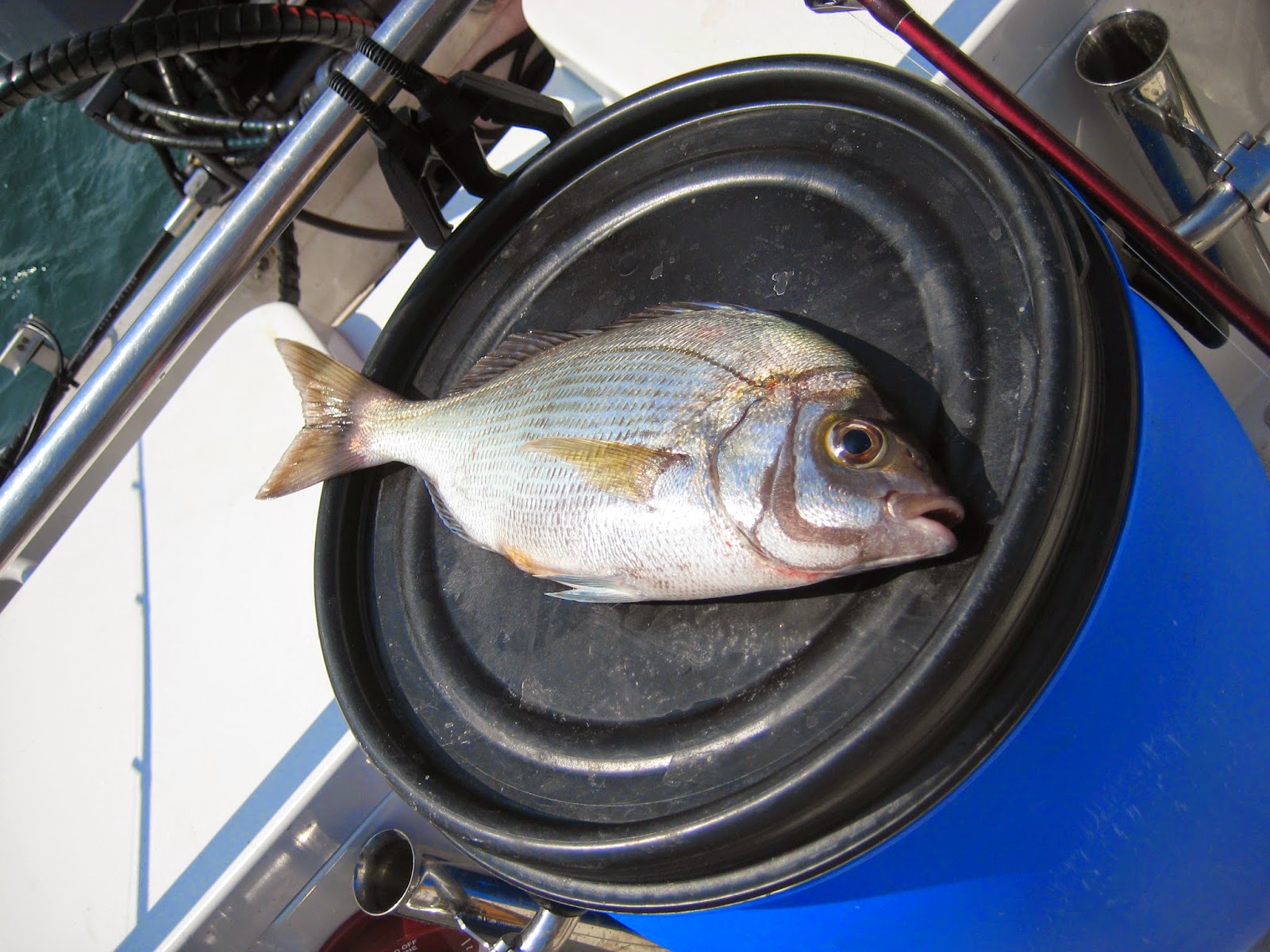 Fishing from my little boat is a seriously enjoyable experience even if sometimes, the fishing isn't that productive. Just 'being out there' is fun and there is a huge amount to learn with endless variables of tide, weather ,sea state, time of year etc etc.
The recent calm weather has meant that there have been ample opportunities to go out, but the small tides and lack of water movement have resulted in some pretty lean fishing. Everyone I speak to seems to be in the same boat. I've also  learned, that things generally slow down a bit at this time of year, though recent news from Alex may prove this to be incorrect if you know where to go.
The problem with owning the boat is however, that other fishing is not really firing me up at the moment. I had a quick mullet session yesterday but my heart wasn't really in it although Andy, fishing separately, did bag a couple of fish. I'm sure the enthusiasm for mullet will return but , at the moment, the 'novelty' of the boat doesn't appear to be waning.
I've just fitted a second battery and switch mechanism to power the live bait tank, and night electrics separately.
This will give me the confidence to use all this gear without the nagging feeling that the battery will not restart the main engine. I'd intended to complete the installation yesterday, but a faulty switch meant a return journey to Force 4 this morning, and I didn't finish wiring up until midday when I took it out to sea to test everything was working properly....which it was. The only downside being that the weight of the second leisure battery slows the boat by a knot or two....we'll see how it goes.
I had rods, bait and scram with me so decided to spend the rest of the day fishing anyway.
First stop was Half Way where three pack tope showed up on mackerel heads and squid, and small bream demolished squid baits in seconds although one nice two pounder was taken for the pot. New acquaintance Tom, in Pilot House 'Dragons' was also in the area and fared similarly.
Jan had texted me that she was out in her kayak so I decided to motor in to see her, passing Neil half a mile south of 'The Stick' on the way  for a quick chat. He was doing well with general mixed specie fishing and seemed pleased with his results, so I planned to return to the general area later on. 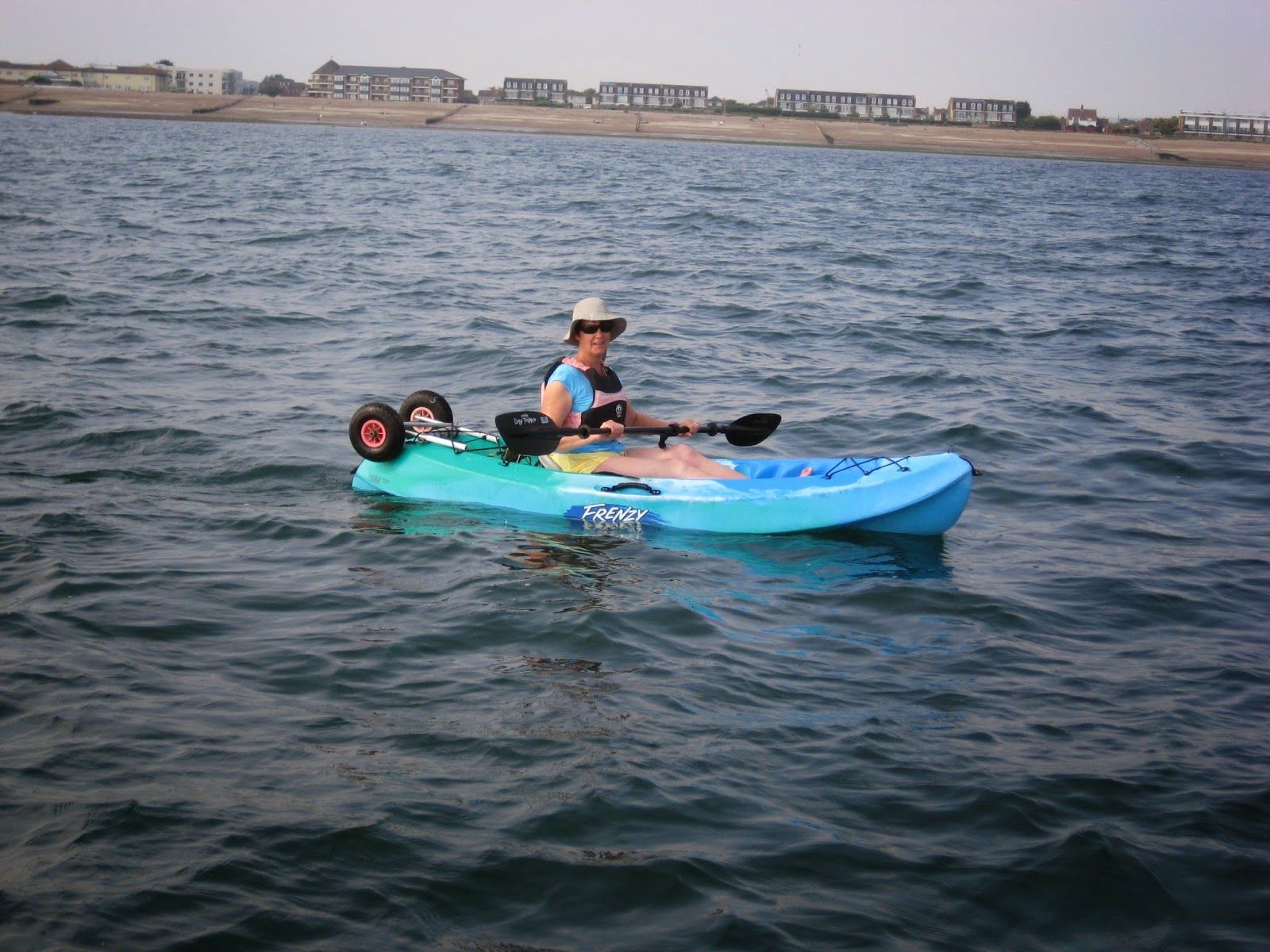 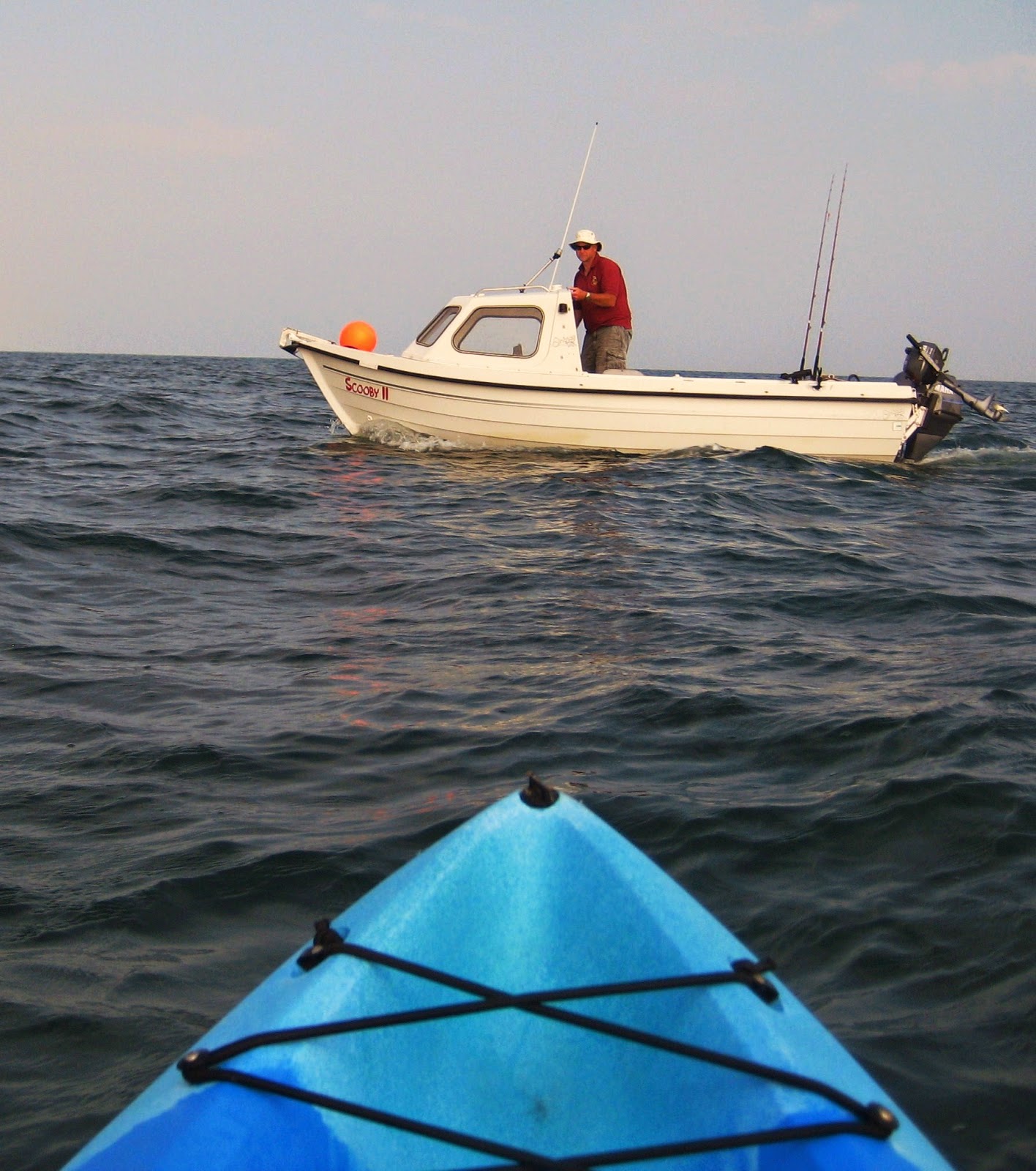 A couple of quick snaps of the Missus on the yak , and I headed out again to Charlie's where i was literally mullered by tiny bream.I can't say I didn't enjoy catching the little devils but a few dogfish and a nice smoothound were also very welcome.
A last move to fish into the evening was made south of the Stick to 'Neil's ground' and I contented myself once again with an endless stream of small bream until the light began to fade and I returned to the mooring at about nine p.m.............the van being the last vehicle in the marina car park. 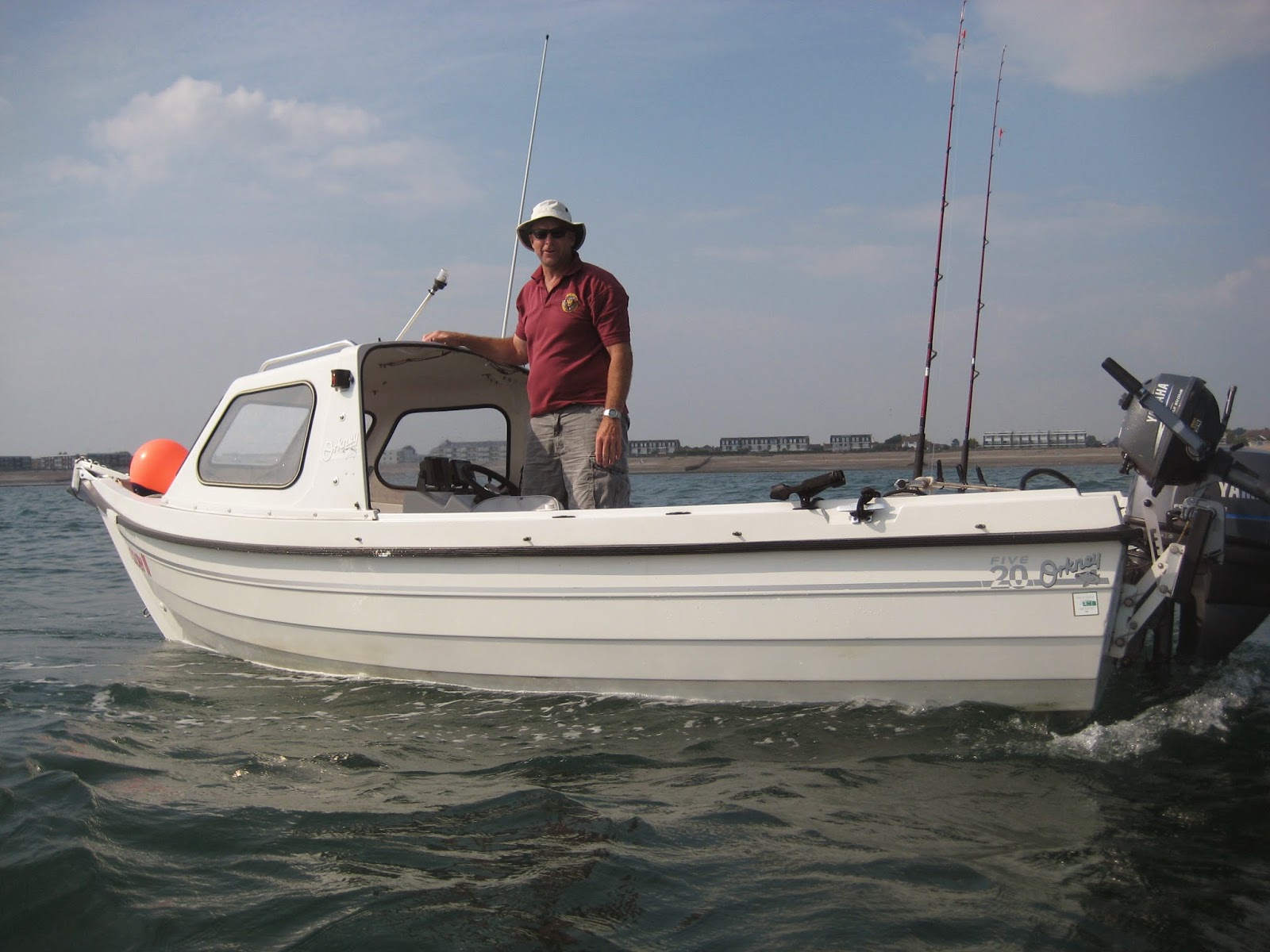