I've been wanting to do a return visit to Eastborough bank for some time and with the tides being small, and a full day of light winds forecasted today was my chance. A smaller tide is preferable here because of the shallow 35ft of water depth over the bank. Surrounding areas go down to 50ft. A few boats were drifting in the distance, and one or two were anchored up with me on the bank but the fishing , with mackerel flappers targeting tope, was generally pretty slow. Only two pack tope showed up but I also had a 12lb undulate, and a small 5lb small eyed ray, but surprisingly no lesser species, and no nipping bites.
Alex was out too and intending to head for the half way mark as I'd given him the numbers. He called me on the phone around midday and I decided to make the five mile trek east and join him for the afternoon.
Plenty of mackerel were showing to feathers when I arrived on the drift , and also a new specie for the boat in the shape of this pretty little gurnard taken hard on the bottom on the lowest feather.
Anchoring up, things were quiet until the tide started to flood and then I had a succession of pack tope (eight), most in the 7-10lb range with maybe a couple of doubles and this little critter of about a 1lb. Even sharks can look cute.
By 5p.m I'd run out of  bait , but a big mackerel picked up my last lask on a retrieve so his front end went back down on the circle hook and produced this nice 14 1/2lb undulate, whilst the rear end was taken home to eat.
I packed up around six leaving Alex and crew still out there enjoying the evening sun whilst I headed for home. Alex later reported a similar catch to mine- a mix of tope and big undulates. As usual everything apart from the mackerel went back.
No more of the, hoped for, big tope but, this is a good mark and I will return here a few more times before the end of the season regardless of the size of the tide. The Eastborough Bank did prove a little disappointing but is worth more investigation especially as It's one of Neil's favoured areas.
Food for thought-A couple of decent conger were taken on a night trip out in a small boat to Waldrens by Andy's mate Phil on the same evening.......................... 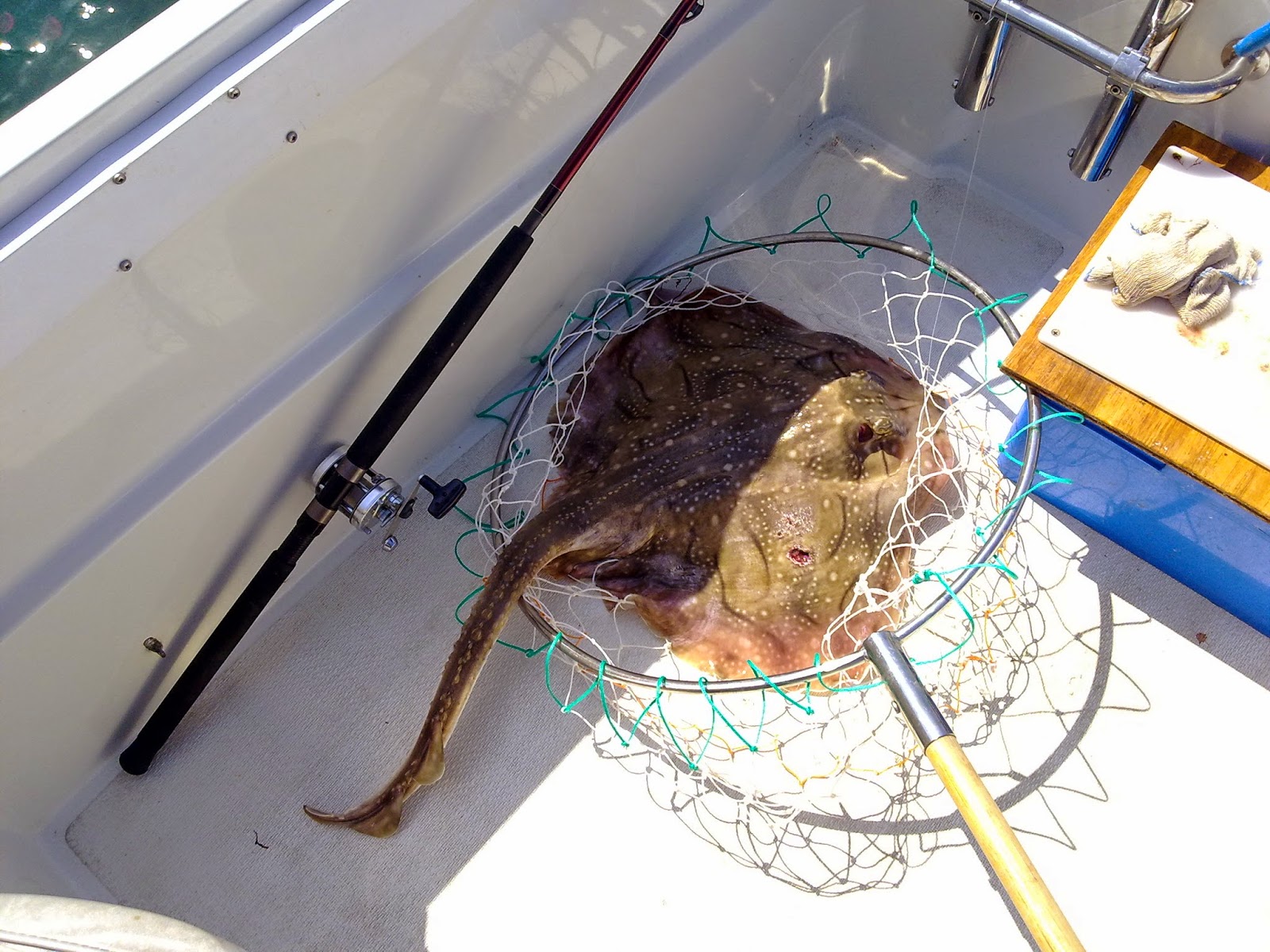 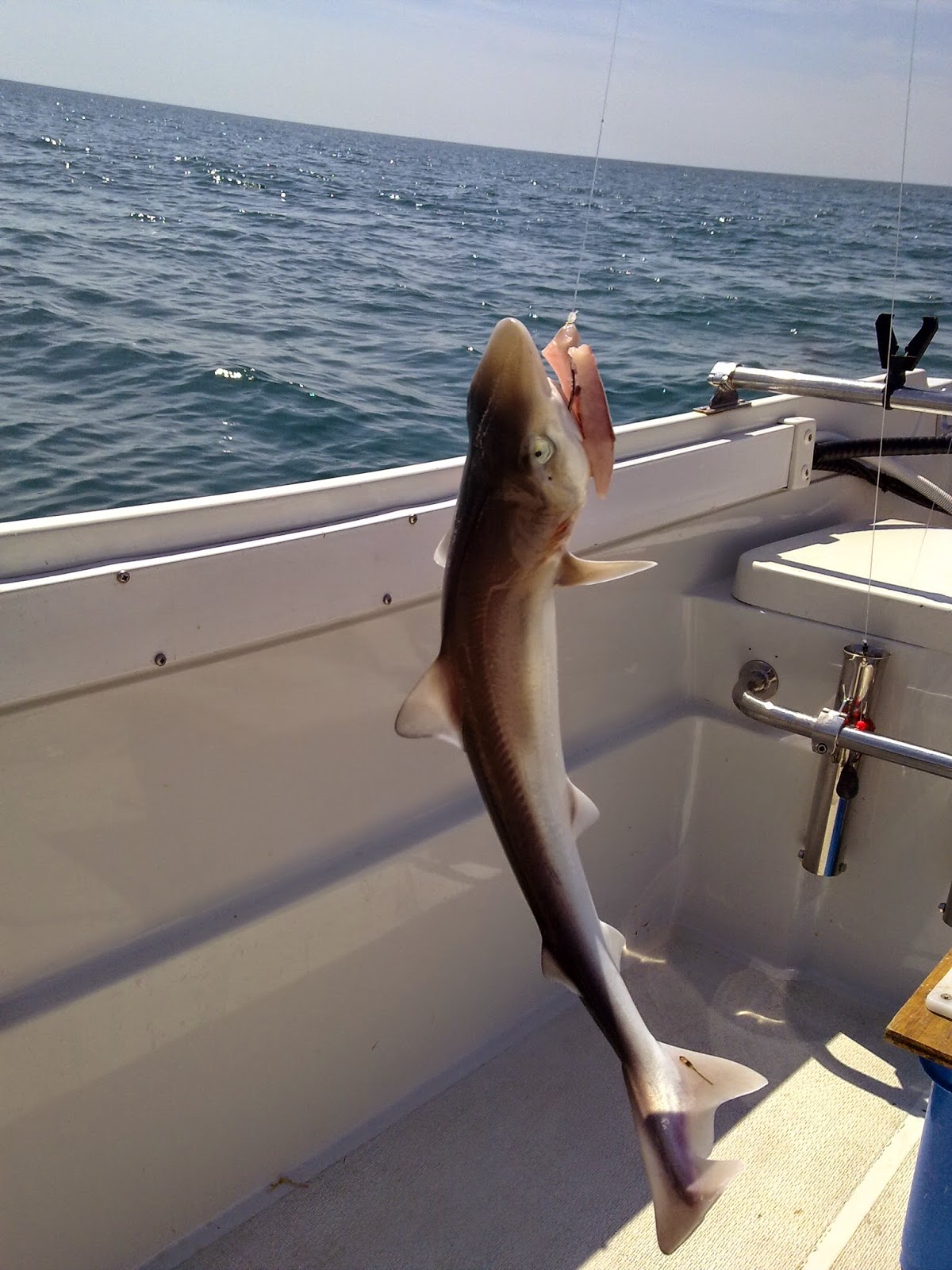 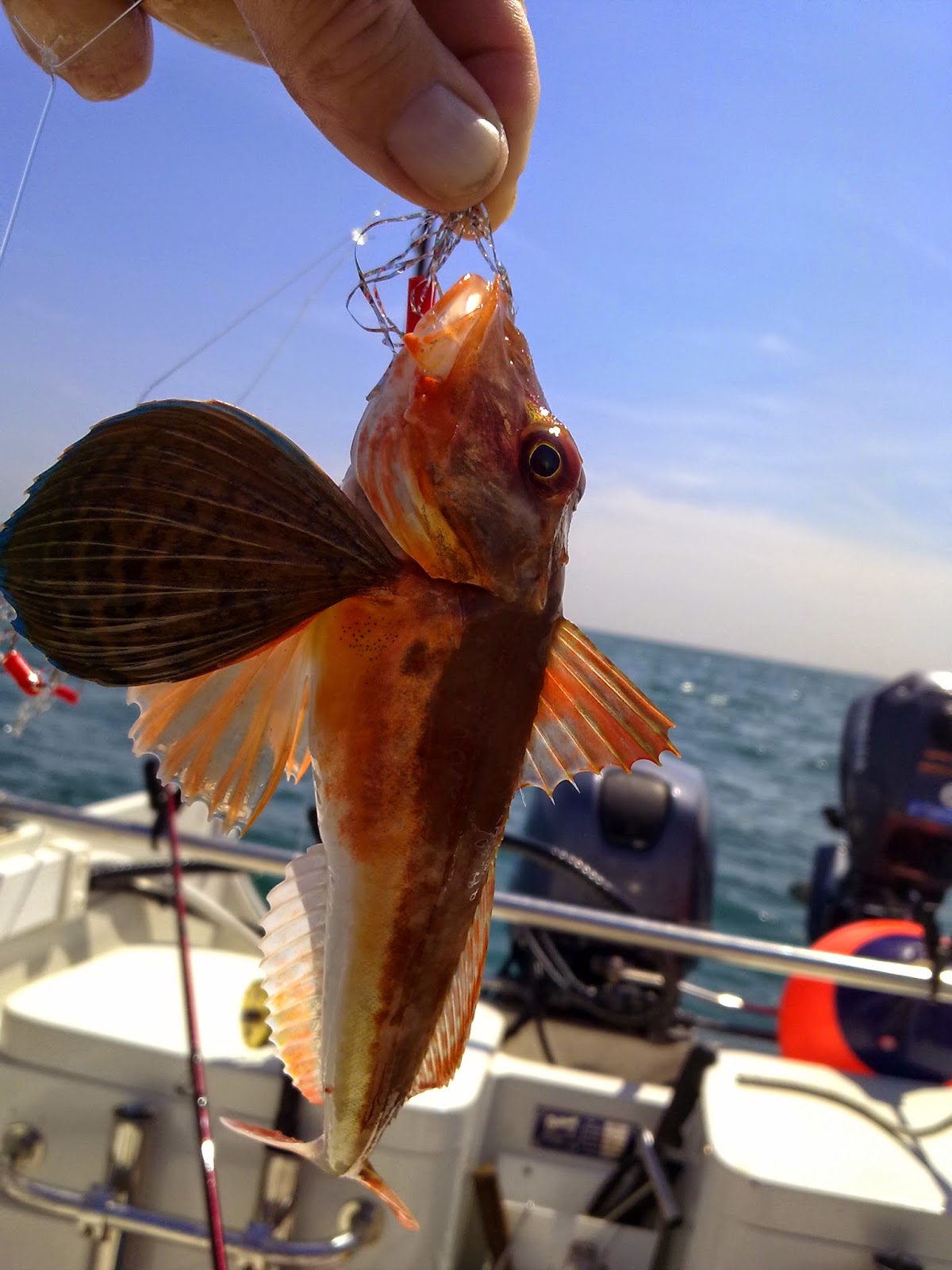 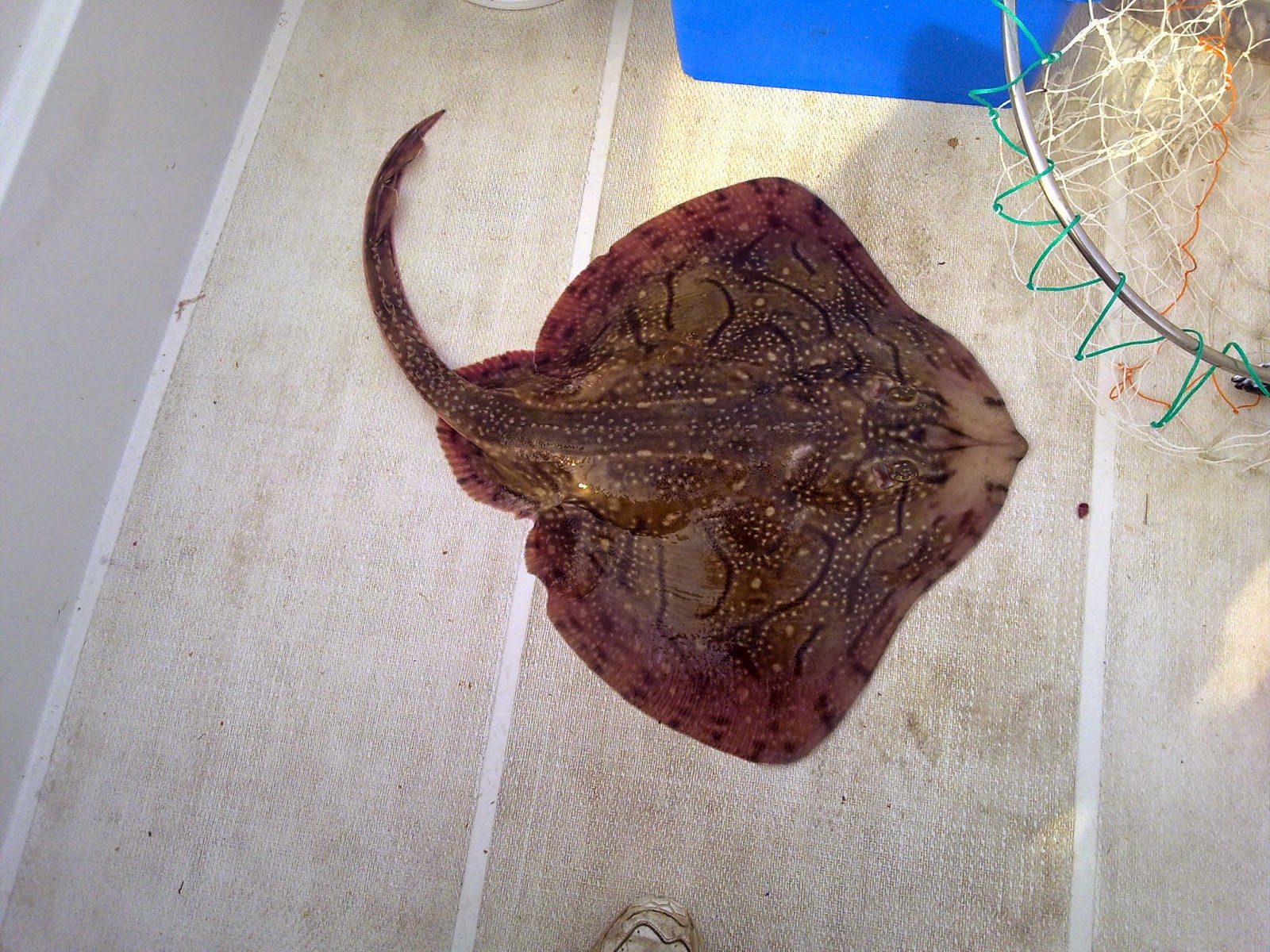