Got together with Dave today for a mullet session at the Tesco's stretch. I arrived just as the tide was beginning to flood and, in extremely windy conditions, It was impossible to spot any fish to target. Dave joined me and after a quick try on the lower flats we both decided to seek a bit of shelter, and fish the upper area.
We sat down , chatted and consumed a box of Bakewells whilst waiting for the tide to fill in the corner, then eventually decided to give it a go for a few minutes as the weather conditions hadn't really improved.
Dave scored the only fish- a beautifully conditioned three pounder and minutes later we'd had enough and called it a day. Nice one mate. 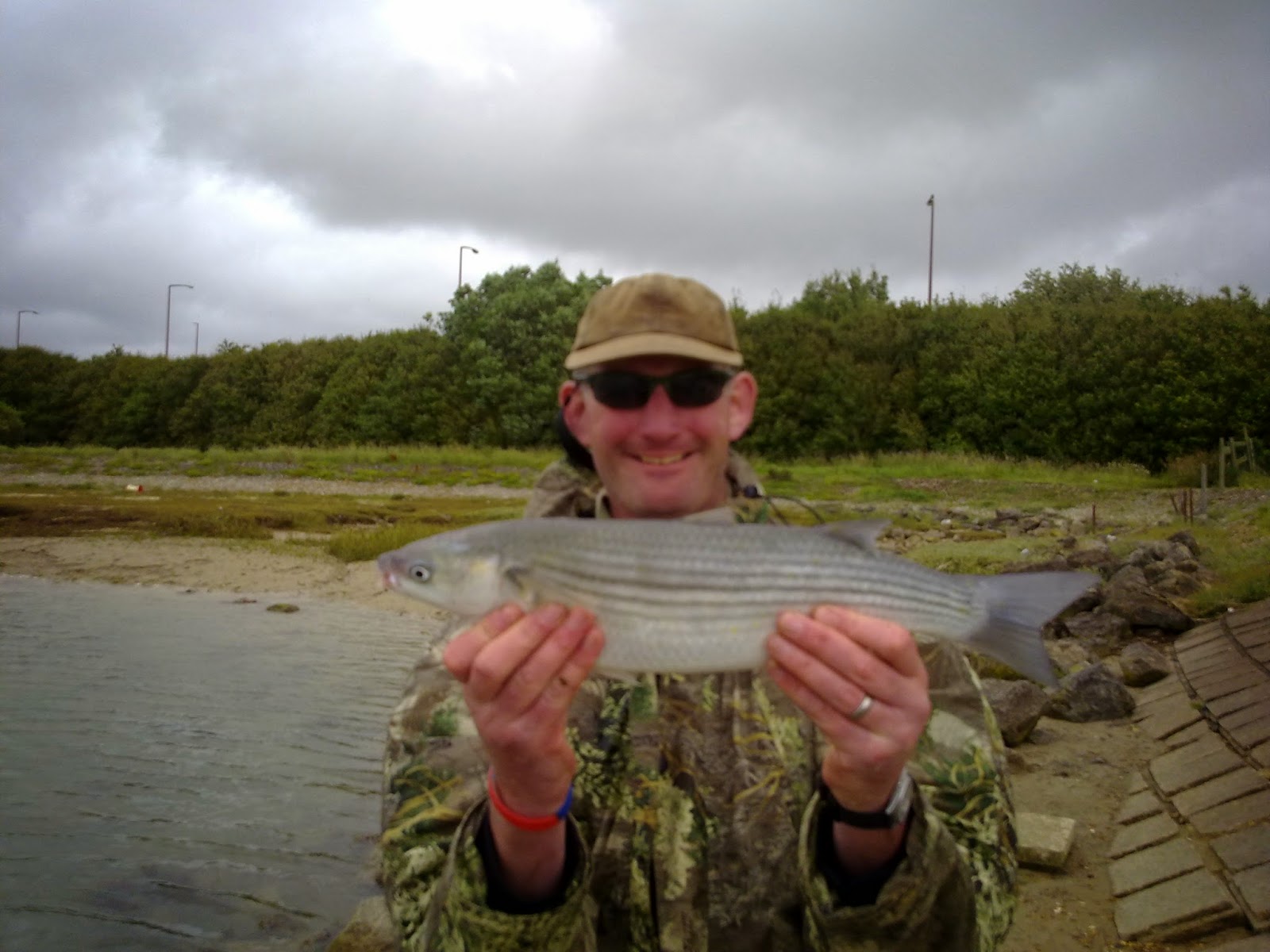